Menu
Play now
In the early 2030s, the world is reeling from the political blows and economic depression, caused by the great upheaval of the previous two decades. Natural resources have become more and more precious and as world powers set their eyes on previously untapped areas such as the smaller Pacific islands, clashes between private military companies are becoming commonplace in the region, ranging from squad-level skirmishes to full-fledged warship battles, unseen since the days of the Second World War.

An unnamed island, lost in the ocean’s vast expanses, has recently become an important strategic location as one of the few pieces of solid land in untold thousands of square miles of water. Several private military companies, backed by wealthy sponsors, are trying to gain a foothold on it and oust the opposing forces for good. Shipwrecks litter the coastal areas as the battle moves onto the island itself with both sides deploying land forces to control the tiny piece of rock. Casualties are mounting with more and more vehicles lost every hour, joining the other mute witnesses of battles long since passed – but the promise of profits from lucrative contracts is a difficult temptation to resist...

The blue route is suitable for faster vehicles such as AFVs and light tanks. Open ground favors fast dashes in order to flank forces pinned in the central area, but it also offers tank destroyers the opportunity to knock out their targets at long distances.

The central green area is a small airstrip that fell into disrepair and now offers some cover – it is suitable for a heavy vehicle push – both north and south.

The red area in the east consists of several small islands, connected by shallow water approaches. Advancing vehicles have to carefully use the abundant cover to surprise their enemies with their attack. 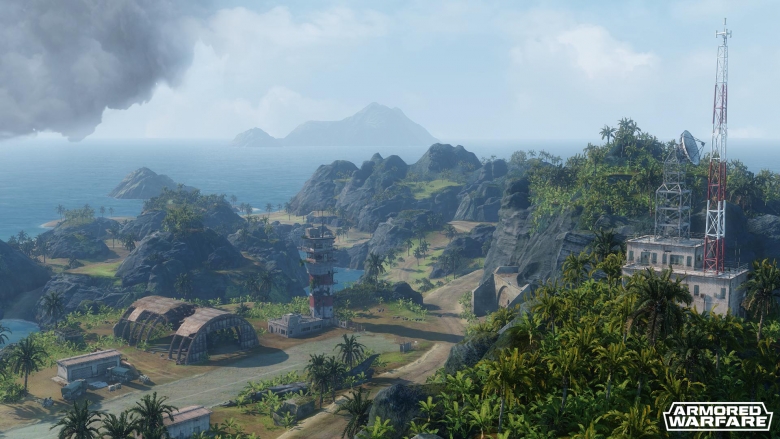 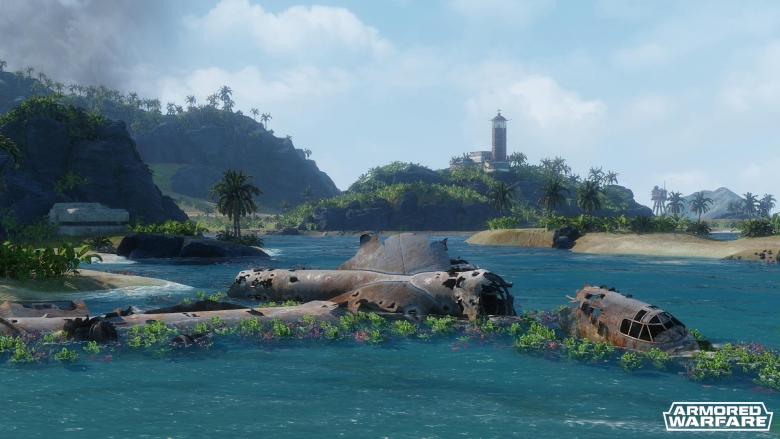 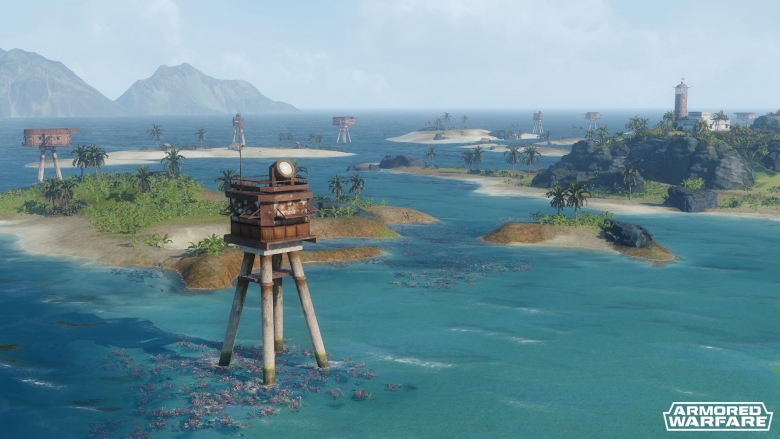 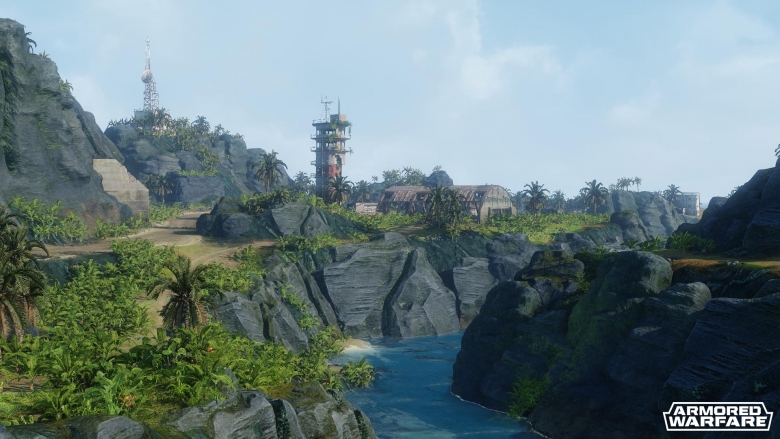 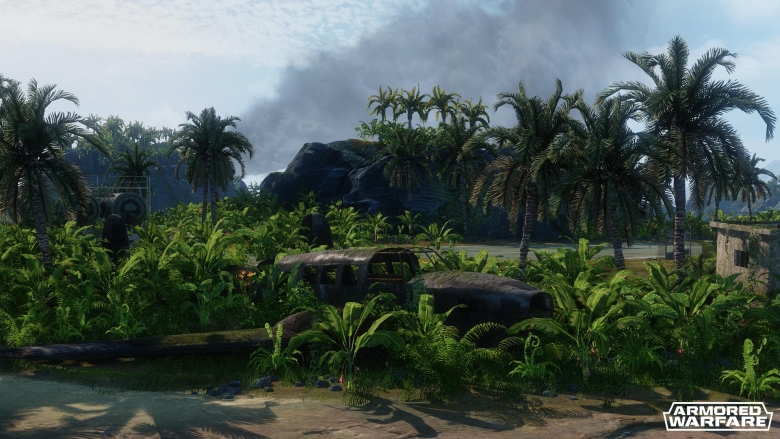 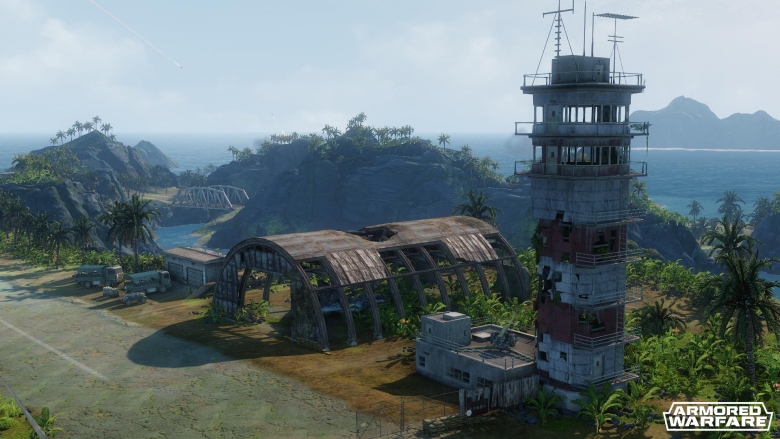