In Armored Warfare, you can play with one of five different classes: MBTs, Light Tanks, Tank Destroyers, AFVs and SPGs. 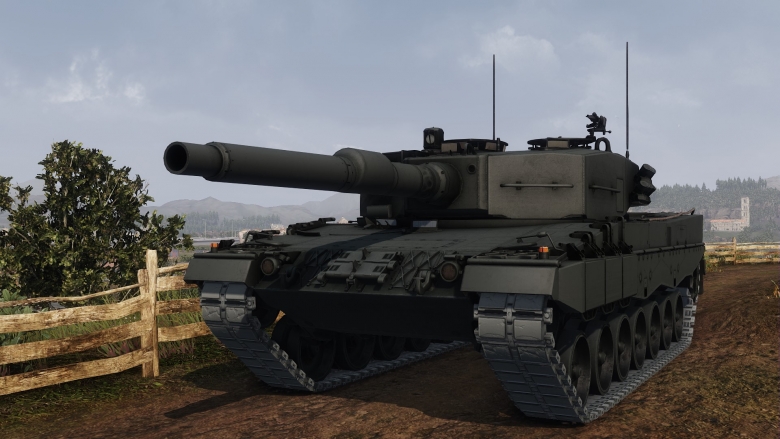 The MBT is the toughest class in the game, providing massive armor and deadly firepower in one package - but not only that: although its maneuverability may not be as good as that of other classes, it suffices to makes this vehicle mobile as well. The MBT class is truly universal. Apart from its main gun, MBT vehicles can be armed with guided missiles as well as equipped with advanced protection systems such as the APS. If you prefer breaking enemy battle lines while wading through a hurricane of shells in your relentless advance, the MBT is the right class for you. 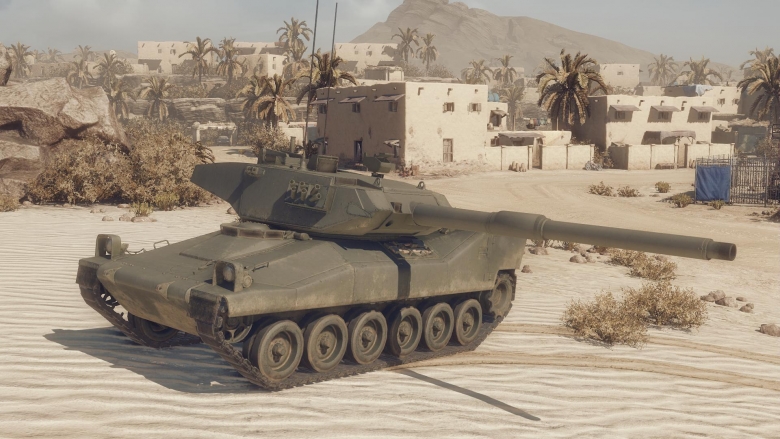 Tank destroyers are fast and often wheeled vehicles with possibly the most powerful guns in the game. They can seriously threaten practically all the vehicles they run into - but beware: tank destroyers are lightly armored and have to rely on stealth to deal massive damage. Despite its powerful armament, a tank destroyer cannot take a main battle tank head on. Being smart and using all the cover to your advantage while sniping your enemies at long distances is the most important strategy when playing with the tank destroyer class. Your phenomenal accuracy will allow you to target the weak spots of even the most heavily armored targets. On the other hand the view range of this class is low - tank destroyers have to rely on other classes to spot the enemy on time. If you like to shoot at long distances while remaining hidden, the Tank Destroyer is the right class for you.

The AFVs are the scouts of Armored Warfare. They have an extremely good view range, are very fast and usually very hard to detect thanks to their generally small sizes. Their main role on the battlefield is to spot enemy vehicles for their teammates to target and destroy. To that end they get a spotting bonus when stationary and when they are spotted by the enemy, they know the exact length of their exposure as - unlike with other vehicles - the AFV "spotted" indicator remains active as long as the AFV is visible and only switches off when the AFV disappears from the enemy line of sight. Additionally AFVs can "light up" a target with their special ability. The AFV-designated enemy vehicle will receive a major penalty to its camouflage, will be shown to your entire team (including the minimap) and every hit will result in maximum (critical) damage. And last but not least, AFVs can capture enemy bases the quickest out of all the classes in the game. On the downside, the AFVs in the game are generally less armed than other classes of the same tier, have very thin armor and a low hitpoint pool. If you like to rely on stealth to spot the enemy before they spot you and to help your team to victory by remaining unseen and capturing the base at a critical moment, the AFV is the right class for you. 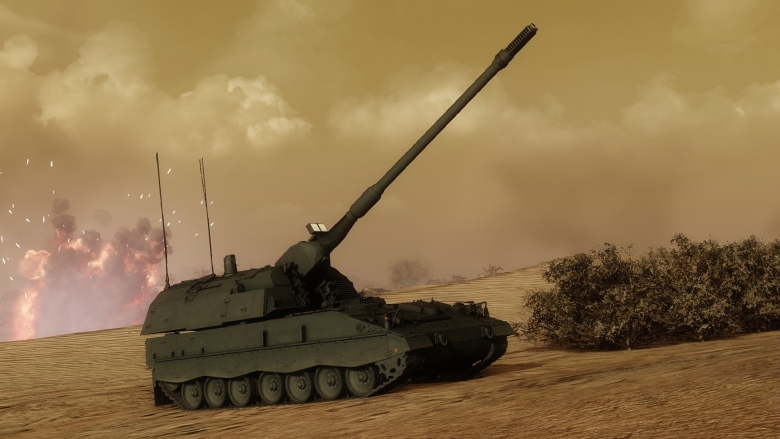 Self-propelled guns are the indirect fire artillery of Armored Warfare. They are the only class in the game that can fire beyond their line of sight and their guns are powerful, firing large high explosive shells with large splash radius. SPG players in the game can use a special artillery point of view that allows them to fire at the enemy even if the enemy is hidden behind cover. Artillery in Armored Warfare can also fire special rounds such as illumination or smoke shells. Naturally such power comes at a price. The alpha damage of the artillery shells is not very high and artillery fire is most effective when dealing with more vehicles huddling together rather than with one lone target. Artillery vehicles are very slow and fragile and are practically defenseless against enemy scouts and light tanks at close range. The artillery shells take a while to travel making firing predictions a necessity - the best targets for artillery are stationary "dug in" vehicles. The enemy targets, however, always see through an indicator that they are standing in an artillery strike blast zone and have some time to react to artillery fire. Enemy artillery fire is a constant danger as well due to the fact that after firing a few shots from the same position, your location becomes known to enemy artillery - good artillery players move after every shot or two. These mechanisms make the Armored Warfare artillery class challenging but exciting.