Introduced to Armored Warfare in the upcoming Update 0.18, Desert Crossing will be the largest map in the game, featuring thirty percent more space than the massive Frontline PvP map. 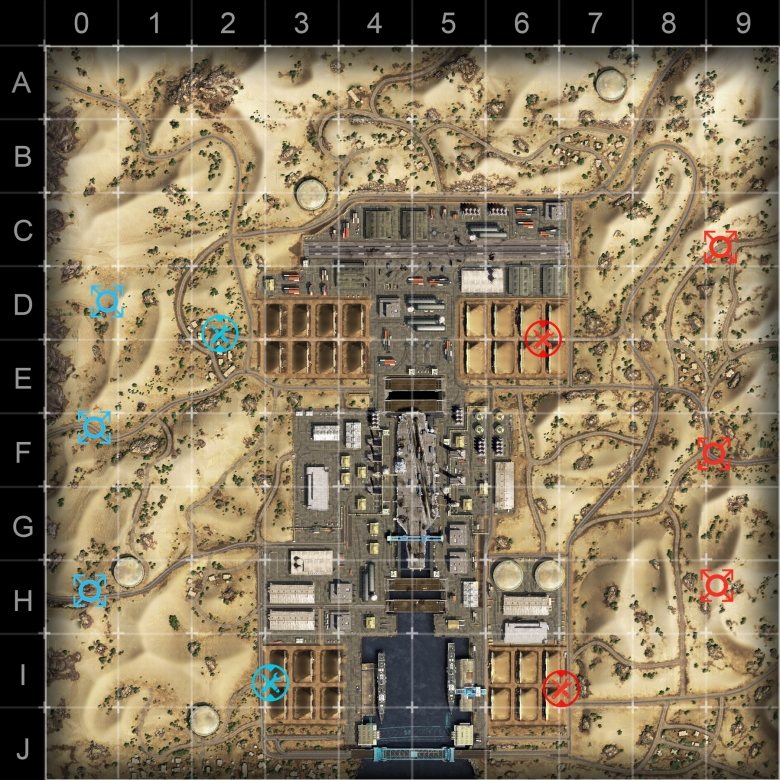 As its name suggests, the map is located in the sand desert of the Arabian Peninsula. An abandoned aircraft carrier is sitting in a dry dock, along with the attached military base, ripe for the taking. Several mercenary forces are preparing to slug it out under the scorching sun. Long-forgotten riches of the recently discovered military base await the victor, but only two things await the loser – a sandy grave and a visit from the packs of vultures that are already circling. Which will you be? The map itself is divided into several areas:

The Outskirts are open, leaving plenty of opportunity for players in mobile, fast vehicles to flank the forces fighting for the Military Base and the Dry Dock. Take cover behind the sand dunes and rocks and snipe at the opponents from distance! But beware – dangerous bunkers, armed with missile launchers, litter the area, making life very difficult for those players who get caught in the open. 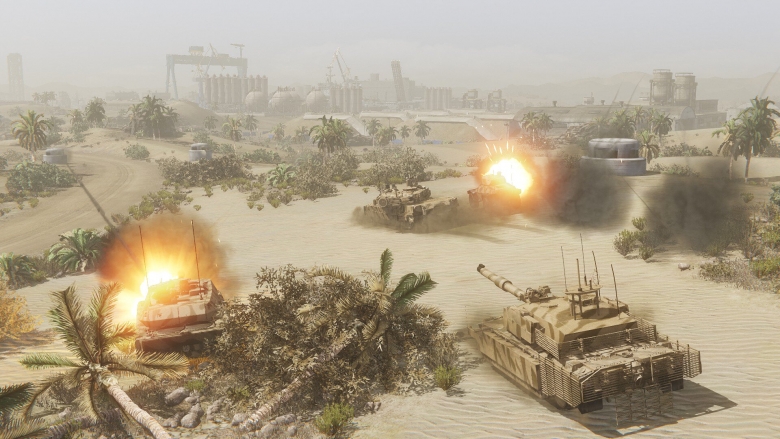 The Military Base is filled with bunkers providing cover to advancing forces and surrounds the central Dry Dock area. There is a large runway in the northern part of the military base. There’s plenty of cover – crates, old military equipment as well as containers can shield player vehicles from enemy fire, but situational awareness is the key here. It’s easy to get outflanked in the military base, making it the primary playground of agile and hard hitting vehicles, such as some AFVs and Light Tanks. 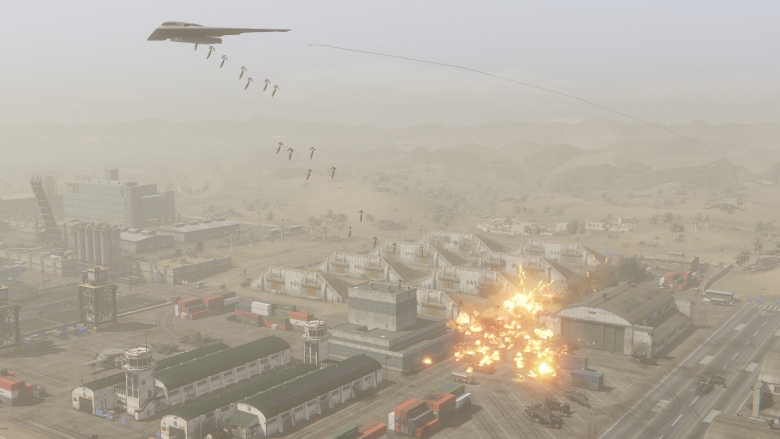 The Dry Dock area consists of the dock itself, the massive carrier in it and the bridge in the south, serving as the southernmost access point between the western and the eastern side of the map as well as an early objective. The carrier is the ultimate vantage point of the Desert Crossing map and by capturing it, players can control most angles of approach of the military base area. On the other hand, it offers little cover compared to other areas, leaving any vehicle attempting to use the situation exposed to the extreme. The bridge can be fired at from the carrier and vice versa, making the control of both points for any team attempting to advance through the southern area essential – an attack over the bridge can quickly falter when encountering crossfire from the other end of the bridge and the carrier, despite the presence of a limited amount of cover on the bridge in the form of vehicle wrecks.

To make things even more complex, a massive sandstorm appears during the second half of the battle. The sandstorm is not only a visual effect – it severely limits the viewrange of all vehicles, making some vantage points all but useless. When the weather alarm sounds, you know it’s time to take it up close and personal! 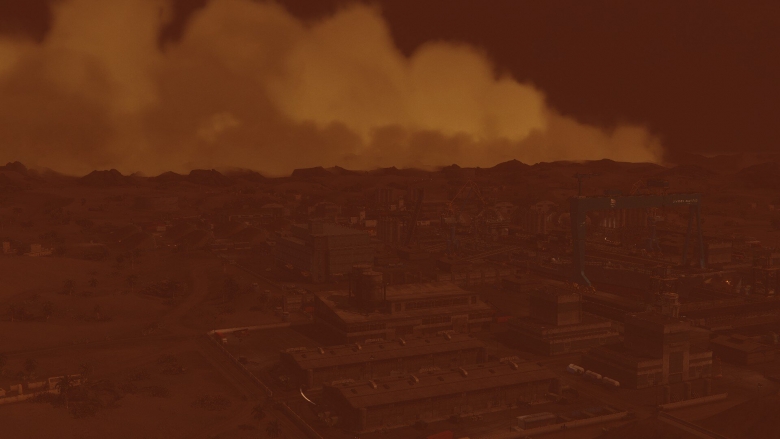 The Desert Crossing gameplay can be fast and ruthless. Situational awareness is a must, as is the correct choice of which area to use. Slower vehicles should generally avoid the large, open areas of the Outskirts. If forced to drive there, players are advised to use the dunes for cover as much as possible. Main Battle Tanks shine when controlling enclosed areas and certain chokepoints between the hangars, where they are difficult to flank.

We hope you will enjoy this new mode, coming in Update 0.18. See you on the battlefield!

‹ The Coastal Threat Map up The Frontline Map ›
Share