Commanders! The next map called Waterway will take you to one of the biggest feats of engineering the world has ever seen – the Panama Channel!

Recently, several rogue corporations hired an unscrupulous band of mercenaries to take over the channel to attack and pillage the ships passing through Panama’s massive waterway to drive the already exorbitant commodity prices even higher. Your task is to put an end to this and deal with the raiders once and for all.

Waterway is a PvP map – its size is 1300x1300 meters. Like the other maps of Armored Warfare, it offers the several distinctive areas, each suitable for a different gameplay style. Every player will find a suitable area to use his or her preferred tactics, from sniping to close combat.

There are four separate zones on the map.

The southernmost one is the Wilderness. Its rolling hills and copses of trees provide plenty of cover for players to approach. Here, players who prefer sniping can control several elevated hill positions covered with trees and bushes to best utilize their long-range advantages and fire at the enemy while remaining hidden. Careful players can thus control the entire southern half of the map from these hills but it also leaves them exposed – a clever scout can spot hidden enemies hiding in the bushes and force them to retreat.

The middle area is the Channel itself. It consists of two parallel waterways, connected to the northern half of the map by four exposed bridges that provide no cover and are therefore dangerous to cross without a plan. The fifth, easternmost bridge is, does provide, on the other hand, lots of cover from the incoming flanking fire in the form of its massive construction. While safest, this crossing will surely attract enemy attention later on in the game and is therefore generally suitable either for heavy vehicles with thick armor or (early on) for daring scout raids. The Channel area is surrounded by naval warehouses and wharfs. While these buildings all provide cover, staying on the shore of the channel is extremely dangerous as long-range snipers can pick off unwary enemy vehicles at considerable distances. Using the massive structures as cover is a must.

North from the Channel area is the Island. This area is isolated from the rest of the map by the Channel in the south and by a massive waterway leading from a hydroelectric power plant in the north. The island is, like the southern Channel area, covered with warehouses, oil tanks and other naval structures. The north-west of the Island is dominated by the massive power plant dam structure. The northern waterway can be crossed on four places using exposed bridges leading north to the City area. The fighting on the Island will be the fiercest as it is possibly the most important strategic area of the map. There is plenty of cover but large buildings and wide gaps between them allow fast vehicles to flank the enemy, causing massive damage to exposed Main Battle Tank flanks and rears. Caution is, however, required – straying too close to the shores of the Island will expose any vehicle to withering fire from the north or the south of the map. 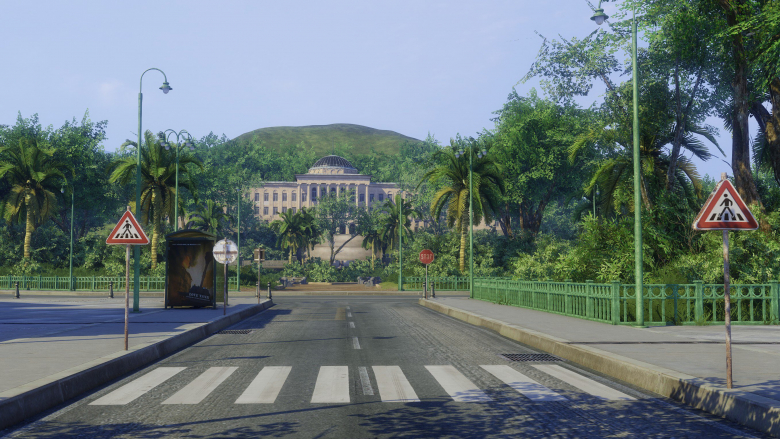 Last but definitely not least, there is the northernmost area, the City. Of all the areas on this map, this part is the most suitable for heavy vehicles. Expect brutal close-range combat and head-on encounters with enemy forces in the streets. There is some cover but attempting to execute flanking maneuvers will most likely result in receiving more than one hit.

The Waterway is a very diverse map that we hope you will enjoy. In Update 0.21, it will be available in both the standard mode and the encounter mode. In the future, a Global Operations version of the map will be introduced as well.

‹ The Tropical Coast Map up The Lost Island Map ›
Share