Please note: Only vehicles of compatible Tiers can join a platoon – that means that two Tier 3 vehicles can platoon together but a Tier 1 vehicle cannot platoon with a Tier 9. Artillery vehicles also face further restrictions (one per platoon). Additionally, PvE platoons must contain at least some tough (MBT class) vehicles. 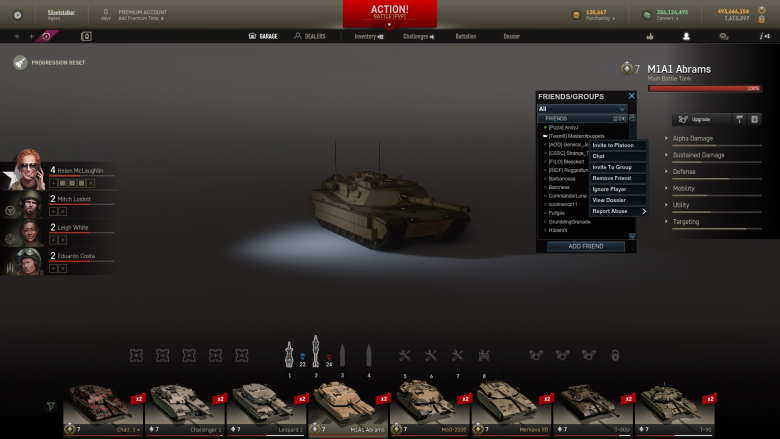 To make a platoon, open your Friend list (or other contact, such as the name of a player in chat), right-click it and select “Invite to Platoon”. The player will be prompted to accept the invitation. A platoon window will open with all the platoon members and their selected vehicles. Each platoon member must select the vehicle he or she wants to use in battle (within the abovementioned platoon limits) and then click “Ready”, after which the platoon leader (who invited the other platoon members) can enter the PvP, GLOPS or PvE battle by the usual means (clicking on “Battle (PvP)” and or “Mission (PvE)”). Creating platoons is free and any player can create or join one.

A Battalion represents the highest form of organized gameplay in Armored Warfare. It is a group of up to 100 players, working together towards a common goal – whether it is to become the best by playing together or to simply have fun with friends. The price of creating a battalion is either 4 000 000 credits or 320 gold and they can only be created by one person. 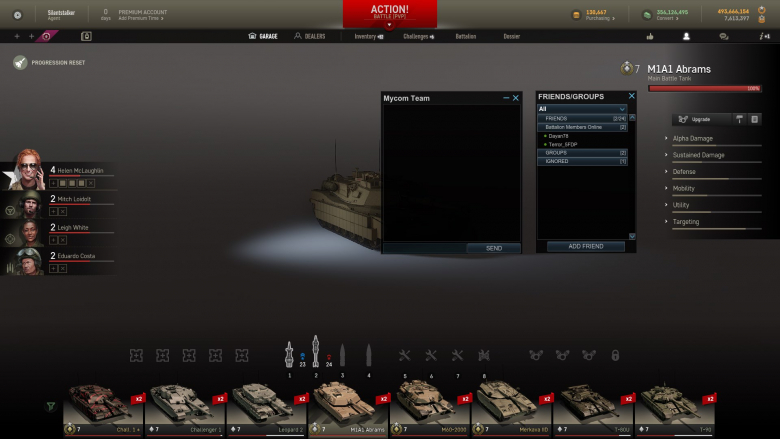 The next step is to choose the following:

Once a battalion has been created, its leader can set a new message of the day, invite more members or disband the battalion at their leisure. The Battalion leader can also promote Battalion members to officers, who in turn can invite more players to the Battalion themselves. More battalion functions will be added as game development progresses.