In our recent articles, we covered the development history of the BMD-3 AFV:

To sum up, the BMD-3 airborne AFV was supposed to be a replacement for the BMD-1, but it failed to achieve the goal of becoming the mainstay of the Russian Airborne forces and, with the fall of the Soviet Union, the notoriously underfunded Russian military could only afford 137 of these vehicles instead of the hundreds planned. Production ended in 1997. 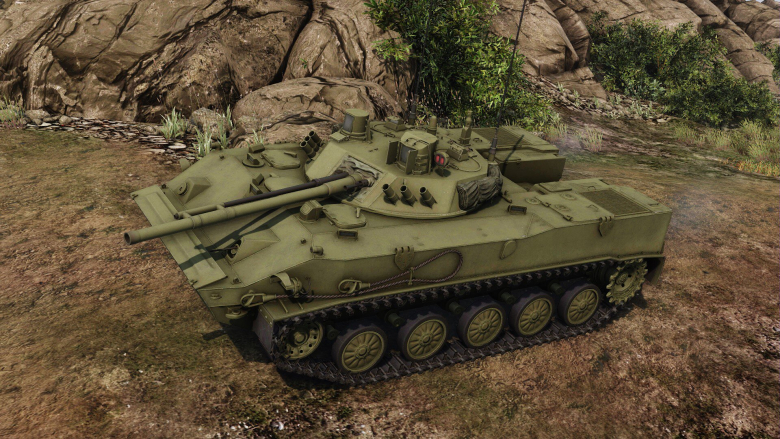 But the VDV (Russian airborne) still wanted a vehicle with significantly improved firepower and that's where the BMD-4 came in.

The 1990s were pretty tough for the Volgograd Tractor Plant (VTZ), the producer of the BMD-3. Massive Russian Ministry of Defense budget cuts buried many promising projects and by the late 1990s when BMD-3 was being produced (itself covered by loans), the company had been reduced to surviving on engine maintenance contracts. To make things worse, VTZ got into several disputes with the Russian Army over BMD-3 manufacturing quality, although it was proven later that the majority of the problems were caused by poor crew maintenance, misuse and sub-par training.

And then there was the still-unresolved issue of the BMD-3 firepower. Early in its development, it was decided to arm the vehicle with a turret that would carry a 100mm low-pressure gun (capable of also firing missiles) and a 30mm autocannon. The solution for the post-Soviet VTZ was to use the turret developed by KBP Tula for the BMP-3. Development of this variant started in the late 1990s and it was quickly proven that the BMD-3 hull could carry this two-man turret, known under the designation of Bakhcha-U.

The steel turret was armed with a 2K23 weapons system, consisting of a 100mm 2A70 gun, paired with a 30mm 2A72 automatic cannon. Missiles could be launched using the 100mm gun barrel. The paired guns could elevate to 60 degrees (an important feature of the BMD-4 is its ability to engage helicopters) and depress to -6 degrees. The vehicle carried 38 rounds for its 100mm gun, 464 30mm rounds and 4 9M117M1 Arkan beam-riding guided missiles that could destroy armored targets at 4km or less. The weapons were stabilized by a 2E52-2 stabilizer. The 100mm gun was loaded automatically from a carousel below the turret line.

This turret was mated with the BMD-3 hull to produce what was essentially a BMD-3 variant that was called Object 960. Apart from the new turret, the hull was pretty much unchanged, but there were 3 crewmembers instead of 2 (the turret carried a commander and a gunner). The weight of the vehicle was increased by 400kg to 13.6 tons. 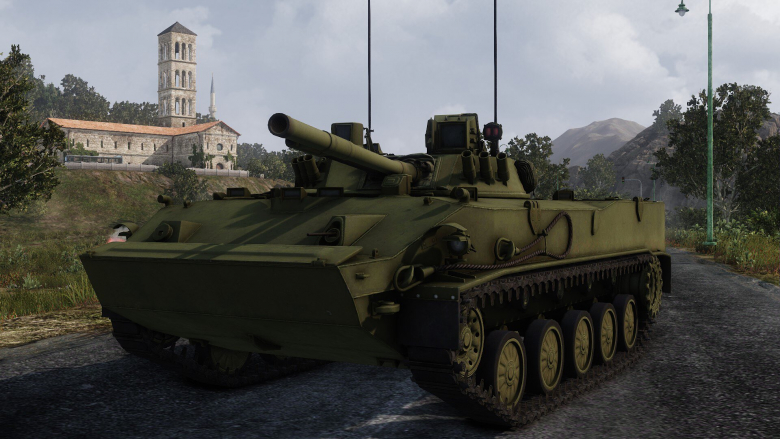 Like its predecessor, Object 960 was frontally protected from 12.7mm heavy machinegun armor-piercing bullets at 75 meters and the rest of the hull was protected from 7.62mm bullets (including armor-piercing). The vehicle was also powered by the same engine – the 450hp 2V-06-2 multi-fuel 450hp diesel. Maximum speed dropped slightly from some 67 km/h because of the weight increase, but the vehicle remained amphibious.

The BMD-4 prototype appeared around 2002 and underwent military tests with the Russian Airborne Forces, having mixed results at best. The vehicle was heavier, which had a negative impact on its handling, but more importantly, for its relatively high price, it wasn't really that much of an upgrade. The turret did have more firepower (VTZ claimed the BMD-4 had 2.5 times higher combat value than the BMD-3), but it was essentially based on 1980s technology. The truly modern features that the Airborne Forces requested – such as the ability to provide indirect fire support using the VDV targeting net – were simply not there.

Nevertheless, the vehicle was accepted into service on December 31 2004 under the official designation of BMD-4.

Sources vary regarding how many of the BMD-4 were actually produced by rebuilding some BMD-3s with estimates ranging from 14 to 60 vehicles. The most likely variant seems to be that production ran from 2004 to 2008 with 30 vehicles produced. The first four vehicles were officially assigned to the 137th Regiment of the 106th Guards Airborne Division in May 2005. 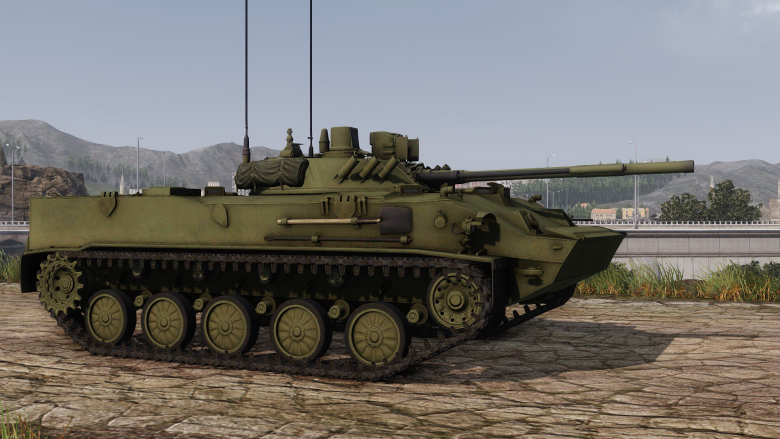 The Russian Airborne was never really happy with these vehicles due to the abovementioned issues and their poor reliability, which appeared again during service, but this time there would be no dispute with Volgograd because VTZ declared bankruptcy before production ended. BMD development then passed on to Kurganmashzavod. It managed to significantly improve the BMD-4 to the BMD-4M, which will be covered in a future article as this upgrade is not part of the Tier 6 vehicle.

The original BMD-4 (or its BMD-4M successor for that matter) was never exported and was never used in combat either.

In Armored Warfare, the BMD-4 is a Tier 6 Armored Fighting Vehicle of the Marat Shishkin vehicle tree. It is preceded by the BMD-2 in its branch and followed by the modernized variant of the BMD-2 called BMD-2M.

It's extremely agile and nimble, but it cannot take much punishment. Suitable uses include long-range ambushes using its powerful guided missiles, elimination of enemy scouts and, naturally, scouting. The BMD-4's small size allows it to easily stay hidden and its excellent view range enables it to spot unwary opponents.