The committee visiting the Volgograd Tractor Plant ruled in favor of the vehicle and Object 950 development continued despite the GBTU's negative position, overriding Potapov's cancellation, which, once again, led to increased hostility between the Airborne forces and the GBTU. Three prototypes were built and entered the factory trial phase in 1985.

The trials were more or less successful but a number of smaller issues came up that required additional work. Potapov's GBTU used every opportunity to stop the project resulting in very difficult conditions for the entire development process. Nevertheless, most of the existing issues were resolved by 1986 when another round of trials took place, this time with military crews that included parachute drops. These trials were largely successful; the vehicle was durable enough to withstand the stress of a parachute drop. The same could not be said of the BMP-3 trials, held around the same time, much to the dismay of GBTU, which had pushed hard for its introduction.

However, contrary to the original plans, during the physical weighing of the vehicles they were found to be 190kg to 290kg heavier than the technical requirements demanded (the maximum weight allowed was 12.5 tons). This became a serious problem and reached the point where the chief designer, A.V.Shabalin, offered considerable salary bonuses to any designer who could reduce the vehicle's weight even by 0.5kg.

All attempts were in vain – Object 950 had already been cut down to the basics, nothing else could be removed or solved differently. The definitive solution was unorthodox – instead of further reducing the vehicle's weight, the carrying capacity of the Il-76M and Il-76MD planes was increased by 1200kg by removing a portion of fuel, allowing Object 950 trials to continue even with its weight of 12.9 tons. 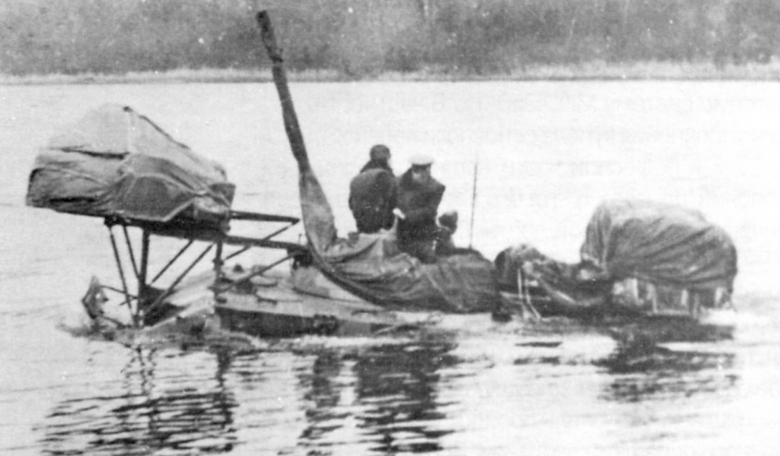 In September 1986, the GBTU finally came around and allowed the vehicle to enter official state trials. These trials took place between October 1986 and October 1987 in various environments including the desert and mountains. A number of issues were uncovered:

And several other smaller problems. Another problem was that the development of air-drop systems ran independently from that of the BMD that was to use them and the systems were still not ready when the BMD was. On the bright side, an Il-76M cargo plane was successfully able to carry three of these vehicles at once during the trial, something that was of paramount importance to the Airborne.

Despite all these issues, the committee that oversaw the testing (under the VDV Chief of Staff, Major General N.I.Serdyukov) recommended that the vehicle should be mass-produced and accepted in service (providing the abovementioned issues were corrected).

The issues discovered during the trials were mostly fixed from October 1987 to July 1988, when the three overhauled prototypes once again participated in another round of trials. These trials proved the success of the corrections – for example, the suspension reliability increased by 60 percent and transmission reliability more than tripled. The average reliability of the vehicle (measured in component failures per 100km) was slightly worse than what the requirements expected but it was twice as good as that of the BMP-3 prototype that participated in similar trials.

On November 17 1988, it was decided to produce the first 10 pre-series Object 950 vehicles for military trials and on February 10 1990, the vehicle was officially accepted into service under the designation of BMD-3. 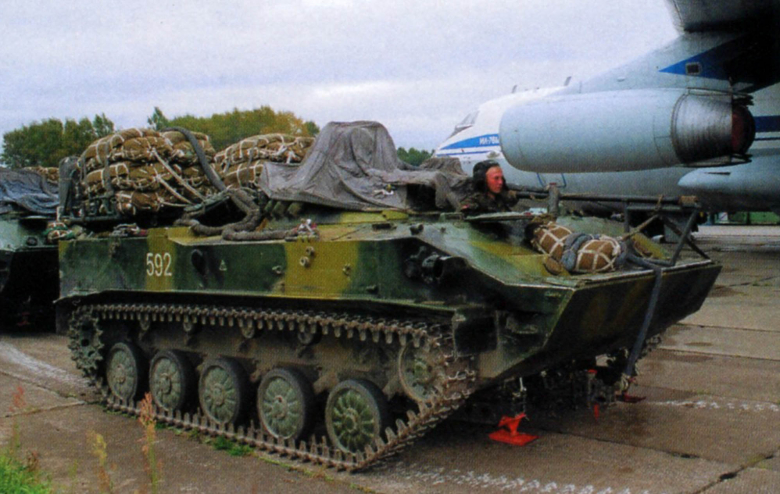 The final version of the BMD-3 weighed 13.2 tons and could carry 7 people – 2 crewmembers (driver and gunner/commander) and 5 troopers in the back. The weight increased from 12.9 tons in the last stage of development due to the inclusion of the parachute deployment device. The suspension had variable clearance (from 10cm to 50cm with 42cm being the standard).

The BMD-3 was powered by a 450hp V2-06-2 multi-fuel diesel engine and was fully amphibious. Maximum speed on land speed was 70km/h and maximum swimming speed was 10 km/h.

The armament consisted of:

The initial mass-production plan counted on 700 BMD-3s to be produced every year (along with 5000 2V-06 engines and 700 PBS-950 parachute airdrop systems, developed for the BMD-3), but the dreams of thousands of BMD-3s soon crashed. The problem was that the new vehicle was more complex (for example, 2V-06 engine production required 50 percent more man-hours than the BMD-1's 5D20).

Three plants were to be involved in the production (two in Volgograd and one in Chelyabinsk, which produced the engines). The late Soviet-era chaos and reorganizations led to more and more delays that lasted until the dissolution of the Soviet Union in December 1991. What followed was a chaotic year of constant shifts in priorities as the Russian Federation struggled to pick up where the Soviet Union had left off. The BMD-3 along with untold other late-Soviet military projects were stuck due to a lack of funding. 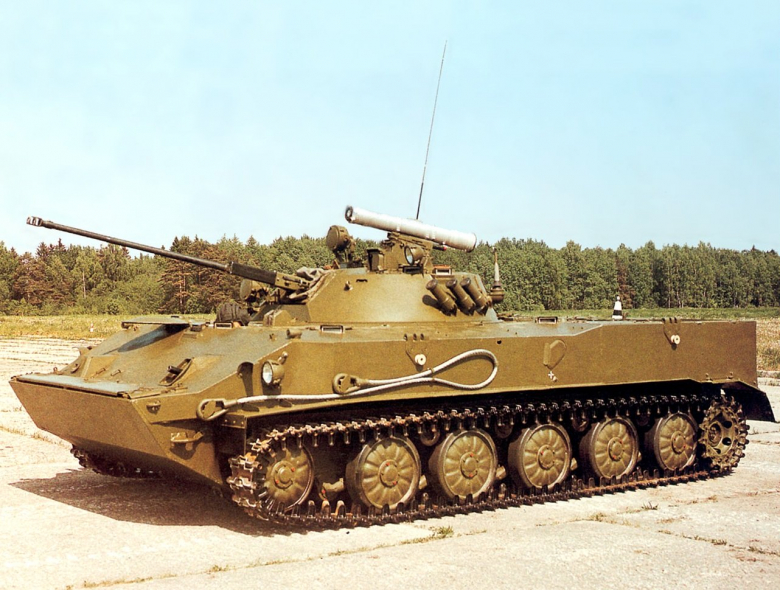 The project only survived because the Volgograd Tractor Plant managed to secure several bank loans. The production plan was reduced to 120 vehicles per year, but, in the end, only 137 BMD-3s were built between 1990 and 1997.

The vehicle was likely never exported. Some sources claim that it somehow got to Angola, but this dubious information comes from unspecified western sources and somehow reached Wikipedia, which only encouraged its proliferation.

In Russian service, the BMD-3 probably did not participate in any major conflict. Its service record during peacetime is generally poor when it comes to reliability, but this can be attributed to the major drop in resources dedicated to troop training and vehicle maintenance in the 1990s and the subsequent inevitable slump in troop training quality. The Russian military itself attributed this to poor manufacturing quality, which led to series of conflicts with the Volgograd Tractor Plant. An analysis that followed proved a connection between the poor reliability record and poor maintenance or even misuse.

Ultimately, the fate of the vehicle reflected that of the Russian military, which was a shadow of its former glory at the end of the 1990s. Times have improved since then, however, and so did the equipment of the VDV. But that is a story for another time.

Discover the difficult real life development process of the creation of one of the Soviet infantry fighting vehicles, featured in Armored Warfare. This is the second part of a series on the BMP-2's development!