The history of the BMD series began in 1969 with the BMD-1 as the Soviet Airborne Forces (VDV) equivalent of the BMP-1. Although it carried essentially the same armament as its heavier counterpart, the main aim for the BMD-1 and all its BMD-series successors was to make a smaller, lighter vehicle to fit inside Antonov An-12 and Ilyushin Il-76 cargo planes so they could be air-dropped along with paratroopers into a combat area, as well as being amphibious. 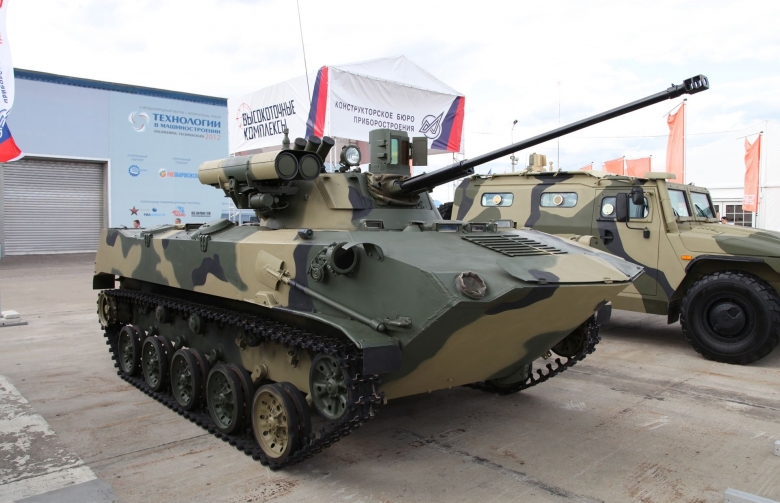 The downside of the strict weight and size requirements was that the vehicle was very small and thin-armored (essentially against small arms only). While its firepower could indeed help the otherwise lightly-armed airborne infantry by being able to knock out fortified positions and even lighter armored vehicles, it was an extremely vulnerable vehicle, which proved to be a massive problem especially during urban fighting.

Despite these drawbacks, the BMD-2, armed with the same array of weaponry as the BMP-2, was built with approximately the same requirements in mind and was introduced into service in 1985. 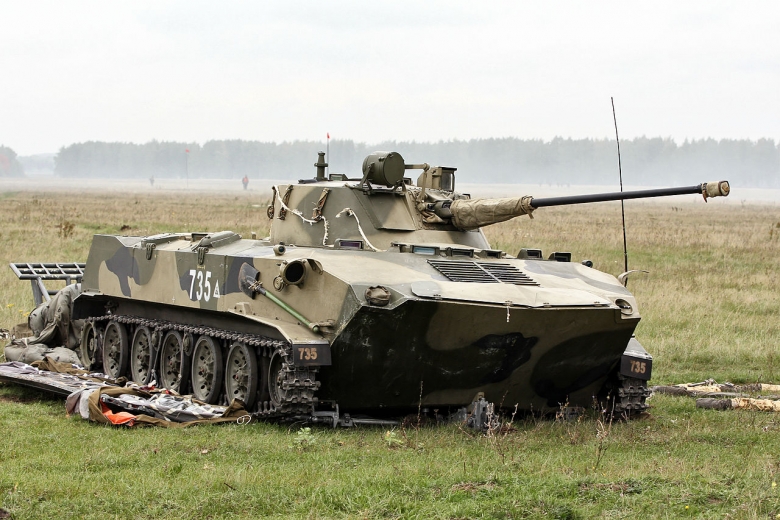 The development and service life of the BMD series will be covered in detail in an upcoming article, but it's worth noting that these vehicles participated in the later stages of the War in Afghanistan, the Chechen Wars, the Russo-Georgian War and – most recently – in the Ukraine conflict. Even today, it forms the backbone of Russian Airborne armor with around 850 in active service and while the future belongs to the BMD-4M, attempts were also made to upgrade BMD-2 vehicles to fit the needs of the modern battlefield.

The main upgrade is the Bereg combat module, based on the same upgrades as the BMP-2 Berezhok. Despite marketing claims, it's not really a new turret per se, rather a comprehensive firepower and electronics upgrade to the standard BMP-2/BMD-2 turret design.

It includes new gunner optics with thermal imager (the same model as on the BMD-4M) and a new, digital fire control system. The gun stabilizer was also improved (the new model is called 2E36-6), allowing the vehicle to lead accurate fire on the move or when swimming. The older Fagot and Konkurs ATGM launchers were replaced with a modern twin Kornet-M ATGM launcher, capable of firing in the fire and forget mode.

Protection was improved with the inclusion of a new smoke grenade launcher system. However, the vehicle retains its thin aluminum armor and probably the original 240hp 5D20 engine, despite some claims about mobility enhancements. Last but not least, communication equipment was also enhanced with the introduction of a new R-168-25U-2 radio system. 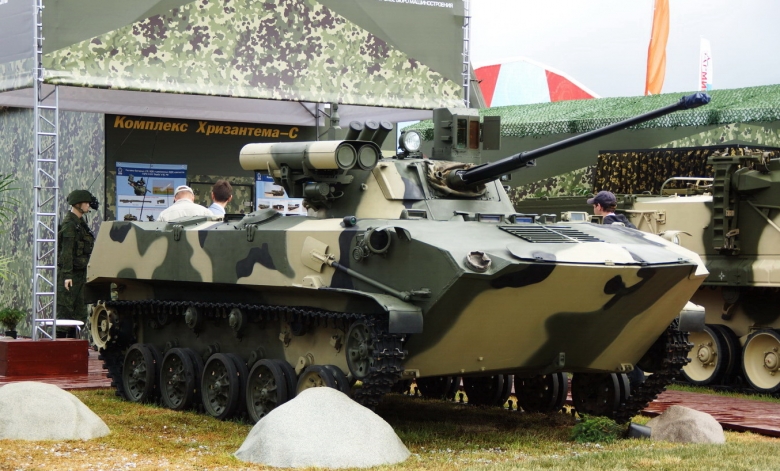 Russian Ministry of Defense sources say these improvements mean a four to six-fold increase in the combat value of the vehicle, although, as always, such statements need to be taken with a grain of salt. The BMD-2M modernization program continues to run to this day, even though it has slowed down, probably due to a lack of funding. Nevertheless, by the end of 2016, the first 30 vehicles should be delivered to airborne units in Ussuriysk.

In Armored Warfare, the BMD-2M will replace the Bradley on Tier 6 in the BMD line. The Bradley itself will be changed to the upgraded M2A3 variant and moved to Tier 8 in the newly-formed western AFV line – right above the Tier 7 rebalanced Warrior Milan. More details about this change will be released in the future.