In Armored Warfare it is possible to play on several vehicles that are built around the same chassis on different tiers. These usually differ in their armament as well as additional equipment, armor or modernized electronics. One example is the tier 2 LAV-150 AFV and the tier 3 LAV-150 90 tank destroyer. Both these vehicles are different variants of one of the light American wheeled APCs – the Cadillac Gage V-150 Commando.

In 1962, Cadillac began developing a light, multipurpose armored platform for the U.S. Army called the V-series. The first prototype - called Cadillac Gage V-100 Commando - was built in 1963 and went into service as early as 1964. This vehicle was used by American and South-Vietnamese forces during the Vietnam War, but it was also exported to Singapore to be used by local police units. It generally performed well in combat but it lacked sufficient firepower somewhat, since it was only armed with two 7.62mm machineguns or one Browning M2 .50cal in an open-topped turret. 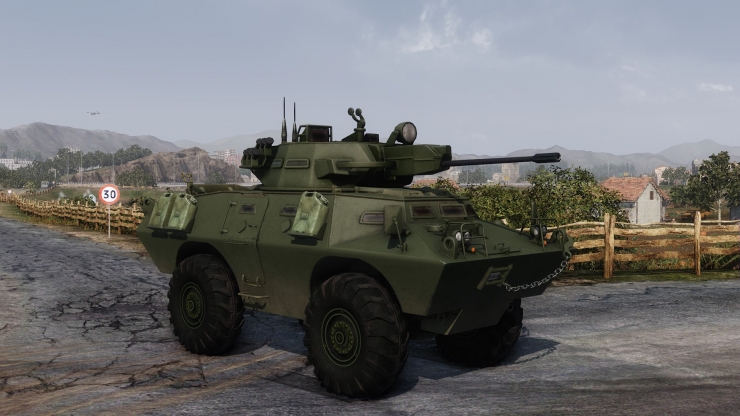 In 1969, a heavier and better-armored variant of this APC appeared – the Cadillac V-200. It was larger and had better more durable suspension, allowing for various types of heavier weaponry to be mounted on the new improved chassis – specifically a 20mm gun and various types of mortars. Unfortunately, this version never really became as popular as the other variants and the army of Singapore became the only user. 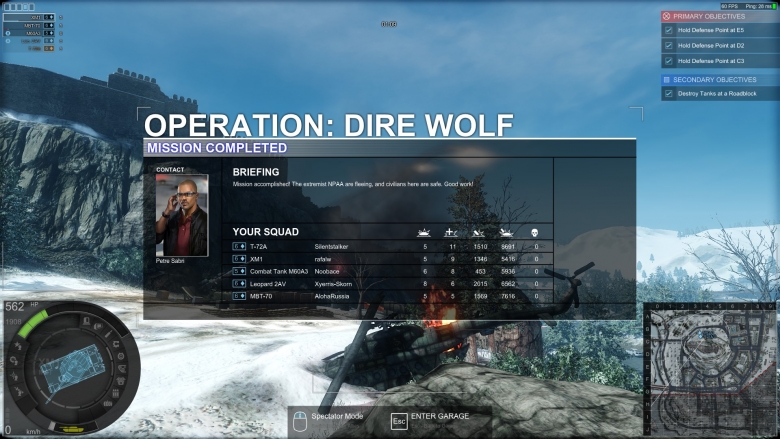 In order to increase sales, Cadillac Gage began producing a vehicle that became the best known member of the V series – the V-150. The Cadillac Gage V-150 was somewhere between the V-100 and the V-200 in terms of size and weight. It was smaller than V-200, but it had its improved suspension, allowing it to carry over one ton of cargo or weaponry more than the V-100. Along with this increase came the ability to carry heavier weaponry and the V-150 proved to be the most versatile platform of the V series. Hundreds were built and sold to various customers in Asia and Africa – in fact, its production continues to this day, a true testament of the ruggedness of its design. This vehicle is especially popular in Saudi Arabia (which has over one thousand V-150S vehicles), while Taiwan, Indonesia, Malaysia and Philippines have over a hundred each as well. The only operational use of this vehicle was in the Persian Gulf where several Saudi V-150s were destroyed by the Iraqi forces and the Kuwaiti forces lost their V-150s too. In total around 3000 have been built to this day.

The V-150 platform became the basis for around two dozen different variants, including a self-propelled mortar, ATGM launcher and ARV. The most common variants are those with paired machineguns, with a 20mm Oerlikon gun or a 90mm Cockerill rifled gun. These two last vehicles can be found in Armored Warfare under the LAV-150 and LAV-150 90 designations. 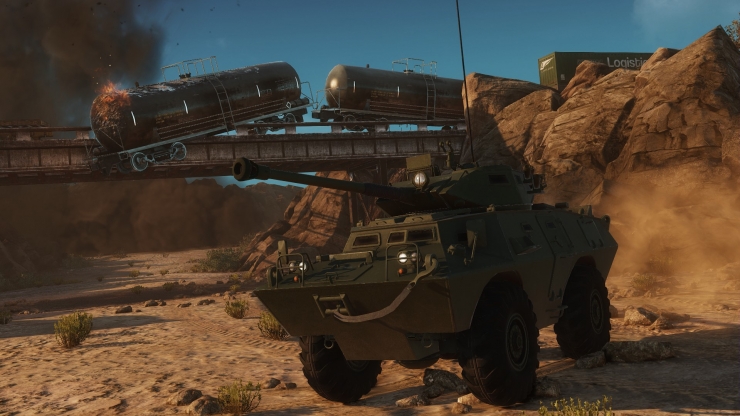 The LAV-150 hull is made of Cadaloy steel (with increased hardness of up to BHN600) and is capable of withstanding small arms fire and lighter artillery shell fragments. The commander and driver are located in the front part, the engine is in the back on the left side, and the combat compartment with the turret is in the middle. The vehicle can be powered by a broad scale of engines running on both gasoline and diesel.

As mentioned above, there are two LAV-150 based vehicles in Armored Warfare. We are using the LAV designation – Light Armored Vehicle, instead of the simple V – because the vehicles represent the later modifications that took part in the American 1981 Light Armored Vehicle program (the vehicles were re-designated to LAV in the late 80s). One is a tier 2 AFV in Sophie Wölfli’s branch. 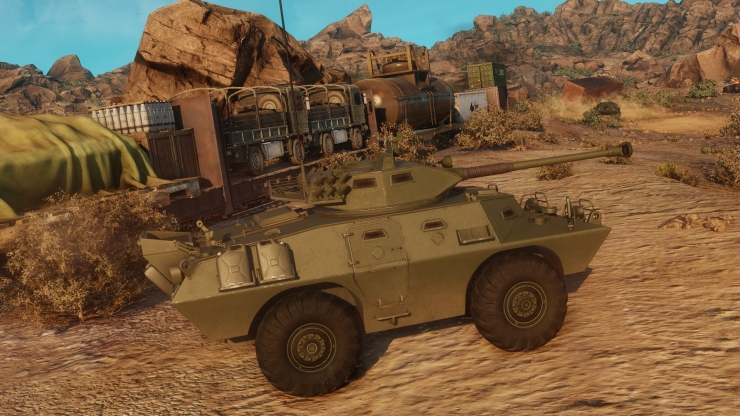 It’s a rather thin-skinned vehicle that drives a little differently compared to the previous tracked M113. Unless players begin their Armored Warfare mercenary career by driving the premium Zhalo-S tank destroyer, it will likely be their first encounter with wheeled vehicles. The LAV-150 is an ideal machine for teaching the basics of wheeled vehicle control. It’s armed with a rapid-fire 20mm Oerlikon autocannon that can be upgraded to a 25mm Oerlikon Contraves chain gun. It’s also very fast – powered by a 200hp Chrysler petrol engine or 202hp Cummins V8 turbodiesel, it can go as fast as 100 km/h. 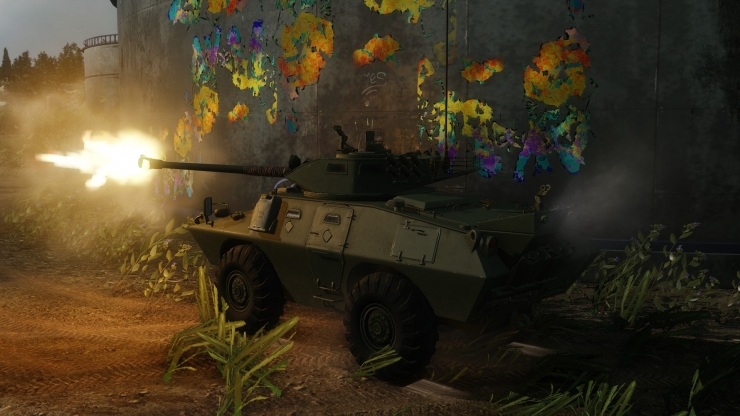 Mostly, the same can be said about the premium tier 3 tank destroyer, the LAV-150 90. Just like the tier 2 AFV it is lightly armored – but instead of various autocannons, it is armed with a 90mm Cockerill rifled gun. In the right hands, the LAV-150 90 can be brutally effective thanks to its excellent mobility and powerful armament.