The BMD-2 (Boyevaya Mashina Desanta - airborne combat vehicle) is, as its name suggests, a successor the earlier BMD-1 model and its upgraded version, the BMD-1P. 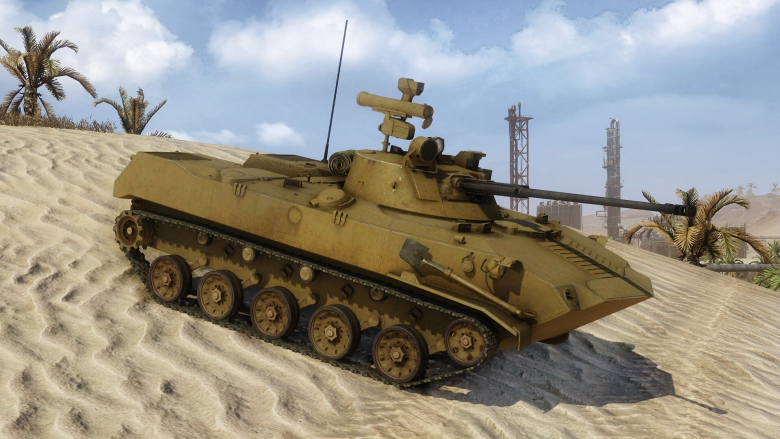 To sum it up, the standard armament of the BMP-1 and BMD-1, consisting of a low-pressure 73mm “Grom” cannon and a light machinegun, had, to put it mildly, issues. When it was introduced on the BMP-1, its caliber (massive for an IFV) made it one of the best armed IFVs in the world, a fact that was supported by propaganda as much as by the real data.

The truth was far less impressive. The weapon system had trouble defeating tank armor of even older vehicles and was quite inaccurate. To make the matters worse, the low velocity shells were unable to engage fast targets such as AFVs, let alone flying threats such as helicopters. What was needed was a weapon system that could engage both ground targets and helicopters as the NATO forces relied upon those heavily to defeat the potential Soviet invasion, supported – in the eyes of the western strategists – by a massive wave of tanks and powerful IFVs.

Through a development process, described in the articles linked above, two solutions emerged. The first was to arm the future IFV (including the BMD series) with a longer variant of the 73mm cannon (the prototype weapon was designated “Zarnitsa”), the other to arm the IFV with a rapid fire 30mm cannon. The 30mm caliber was deemed sufficient not only for engaging lightly armored targets and helicopters – as it later turned out, it had been quite able to seriously damage even a Main Battle Tank, which is why it won in the end despite considerable political support behind the proponents of the longer 73mm cannon. 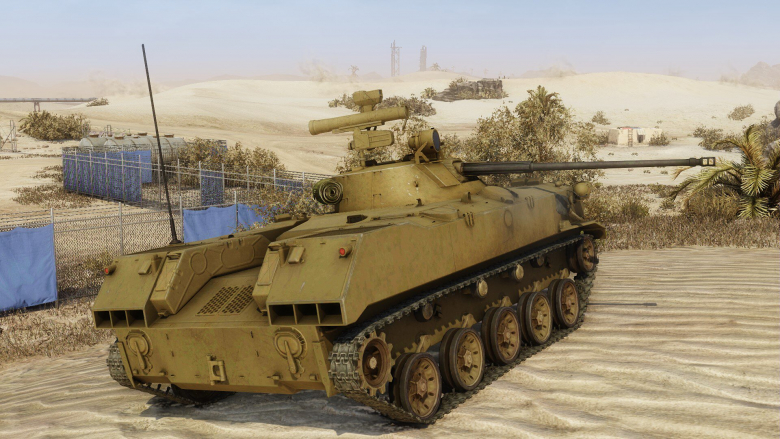 Much like in the case of the BMP-1 and BMP-2, the BMD-1 hull served as the basis for the new, upgraded BMD-2, equipped with the same weapon system as the BMP-2 (although the turret is not identical). It has a crew of two men.

The hull is made of military-grade aluminum of the following thicknesses:

The one-man turret’s aluminum armor is approximately 15 mm thick. The vehicle is, like the BMD-1, powered by a 240hp 5D20 15.9 liter V6 diesel, allowing it to go as fast as 65 km/h (35 km/h off-road). The vehicle is approximately one ton heavier than the BMD-1 (8.2 tons compared to BMD-1’s 7 tons). Despite this increase, it retains its amphibious ability. 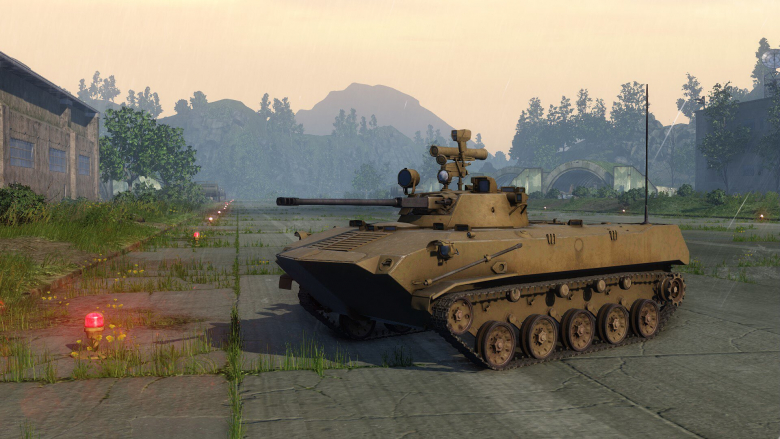 The turret is armed with:

The autocannon can engage both ground targets and helicopters. It carries 180 HE-I rounds and 120 AP rounds. It has variable rate of fire (from 200 to 550 rounds per minute), can elevate to +75 degrees and depress to -6 degrees. The high elevation was included not just to defeat enemy helicopters but also to engage targets in mountainous terrain where its predecessor had trouble firing at enemies high above it in the mountains, a lesson from Afghanistan paid with many Russian lives.

The weapon is stabilized by the 2E36-1 electro-hydraulic stabilizer. The gunner uses BPK-1-42 sights to operate it and the machinegun (which carries 2000 rounds). The missile launcher has its own traverse (52 degrees, beyond which the turret has to be rotated) and elevation (-5/+10 degrees). The vehicle carries three missiles in total. At the point of its introduction, these missiles were able to defeat the MBTs of their time and remain a threat on the battlefield even today.

Like the BMD-1, the BMD-2 is air transportable by the IL-76 and An-22 cargo planes and can be even deployed by parachute using the PRSM-925 system.

Not much is known about the details of its development – it started likely in 1983 but unlike the BMP-2, the BMD-2 was only produced in the Soviet Union for the Soviet airborne forces. The development designation was Object 916. In parallel, a special commander version designated BMD-2K was developed for unit commanders with extra communication equipment at the expense of the missile launcher (which is removed).

It was officially accepted in service in 1985 with the mass production starting the same year. It is unclear how many vehicles of this vehicle were built. The estimate is perhaps around 1000 vehicles in total (although some sources claim twice as much).

It wasn’t really exported, remained only in Soviet Service during the Warsaw Pact era and only after the dissolution of the Soviet Union did several dozen vehicles find their way into the post-Soviet armies of Ukraine and Uzbekistan.

The vehicle was used in combat several times, including the later stages of the Soviet-Afghan war, the war in Chechnya, the South-Ossetia conflict of 2008 and, finally, the currently ongoing conflict in Ukraine where several pieces were used by both sides.

It remains in Russian service to this day, forming a backbone of the Russian Airborne armor with around 850 in active service. A modernization under the designation of BMD-2M is currently underway.

In Armored Warfare, the BMD-2 is a Tier 5 AFV in the Marat Shishkin BMD line. While not as durable as the BMP-2, it is agile and nimble. Its missiles provide it with enough of a punch to make it an effective killer, but where this vehicle truly shines is scouting thanks to its small size and high mobility.

Vehicles in Focus: Leopard 2A6