Today, we’d like to tell you more about another prize of the Rise of the Dragon Battle Path – the Chinese VN17 Premium Armored Fighting Vehicle. 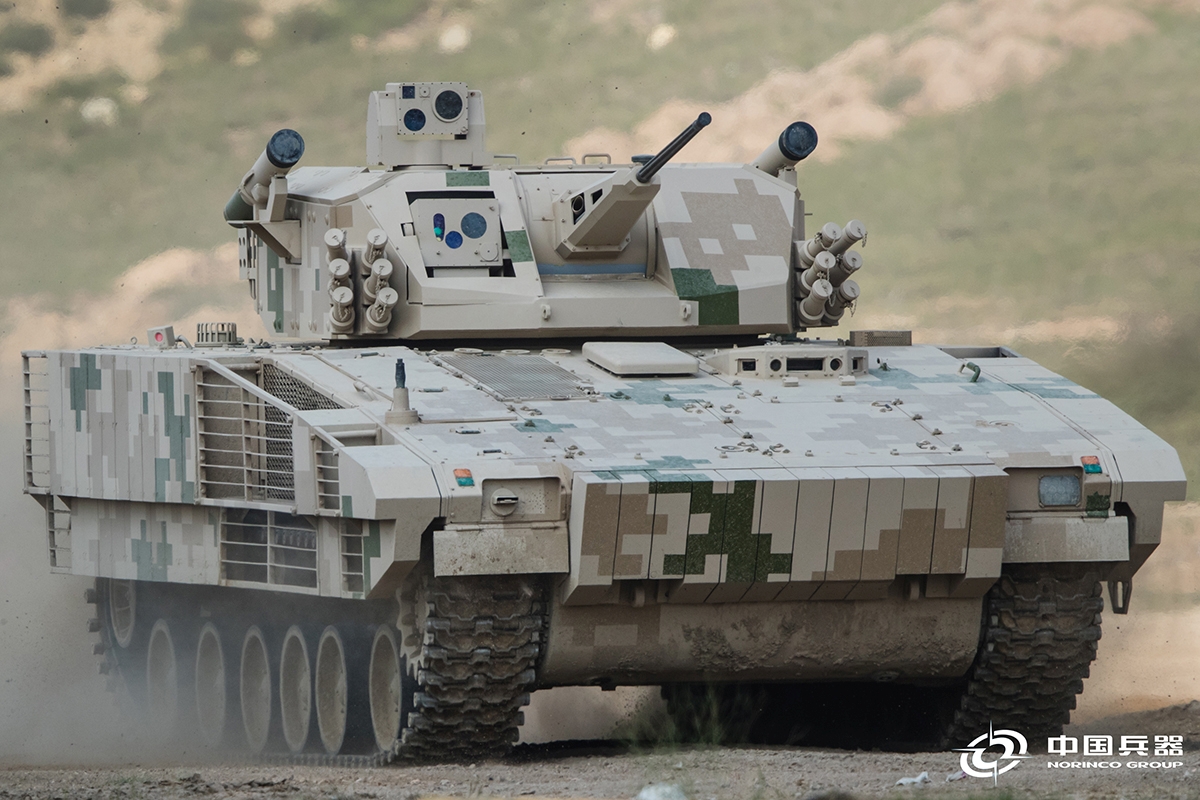 As its name suggests, the VN17 Armored Fighting Vehicle is intended primarily for export and was first shown to the public during a NORINCO military exhibition that took place in the August of 2017 in Inner Mongolia in front of 230 guests from 50 different countries. Indeed, such shows are intended to pitch modern Chinese vehicles to foreign customers, mostly from Asia, South America and Africa. The star of the show was the VT-5 Light Tank to which the VN17 is related.

Simply put, the VN17 is based on a modified VT-5 hull. Instead of putting a flat engine to the back of the vehicle (as is the case in older Soviet and Russian IFVs), the developers have reversed the VT-5 hull and put the engine to its front with the driver sitting next to it. The rest of the vehicle is fairly conventional and it meets all modern battlefield standards. The vehicle weighs roughly 30 tons, has a crew of 3 men and carries 7 troops inside. Its basic hull is made of steel but the IFV is quite well-protected thanks to additional armor elements. Its frontal part can very likely withstand the fire from 30mm autocannons. The vehicle is also fitted with what is presumably ERA, and cage armor. 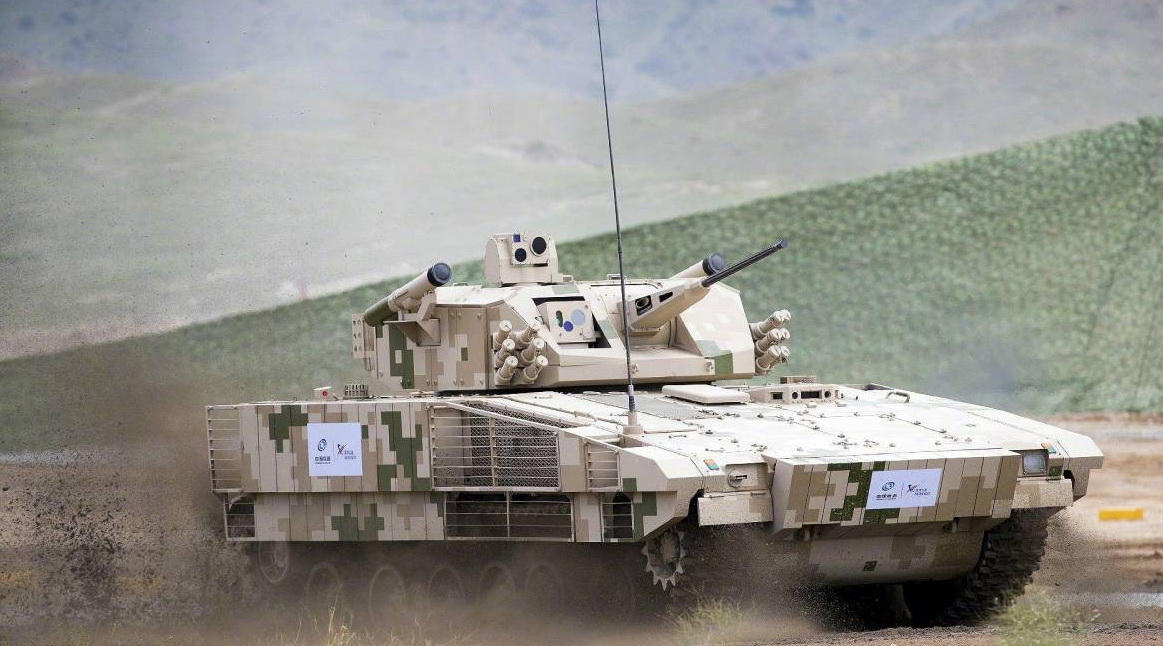 The turret is unmanned (the crew is sitting under it) and is armed with 30mm ZPZ02 autocannon (a copy of the Russian 2A72) as well as a pair of HJ-12 (Red Arrow 12) ATGM launchers (one on each side of the turret). The missiles are 127mm thick and weigh 17kg. They are fitted with a tandem warhead and can penetrate 1100mm of armor.

The FCS is also based on the one from the VT-5, as are other electronics – most of them cutting edge, giving the vehicle (for example) the hunter-killer ability. The commander has a panoramic sight at his disposal, the gunner station is equipped with a current generation thermal imager. 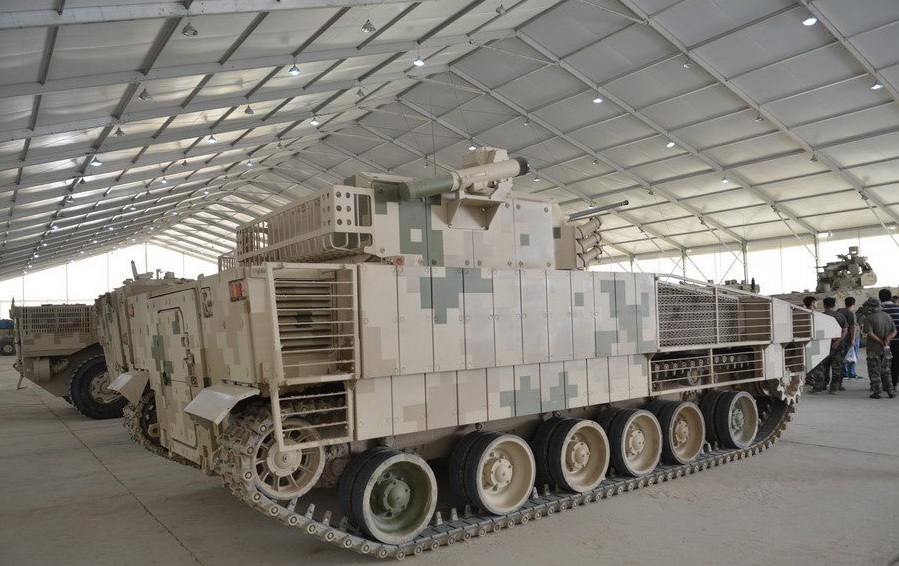 It is powered by the same engine as the VT-5, the FX0012 diesel producing 1000hp, allowing it to go as fast as 70 km/h. According to other sources, however, the vehicle is only powered by an 883hp copy of a MTU turbodiesel engine due to size restrictions (the MTU diesel is more compact). It’s unclear which version is true. It’s also worth noting the vehicle cannot swim.

Unfortunately, since its debut, the VN17 has been unable to find any customers. The reasons for it can be speculated about but they are likely connected to the high cost of the system compared to what an average third world country can afford. At this moment, it remains a prototype only, its status unknown. 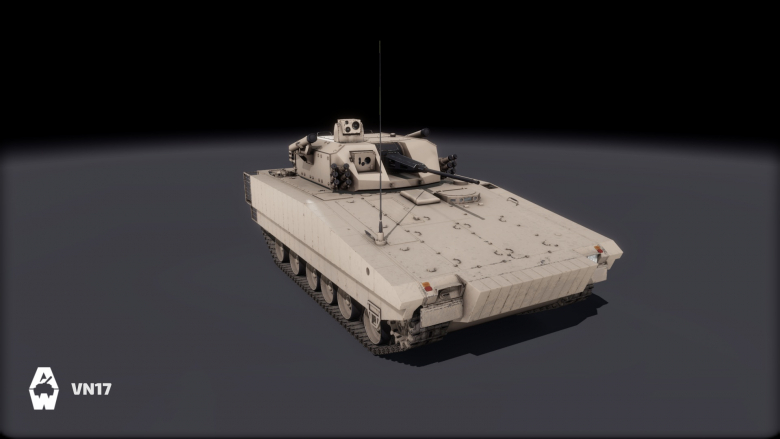 In Armored Warfare, the VN17 will be a Tier 8 Premium Armored Fighting Vehicle.

As IFVs go, this one will be on the heavier side and will feature decent armor. The IFV will share the armor values with the VT-5 Light Tank so if you’re familiar with that one, you’ll feel right at home here. The same will go for the mobility – our version will be powered by an 883hp diesel, giving it decent agility (46 deg/s), acceleration (2.92s from 0 to 32 km/h) and the maximum speed of 85 km/h. 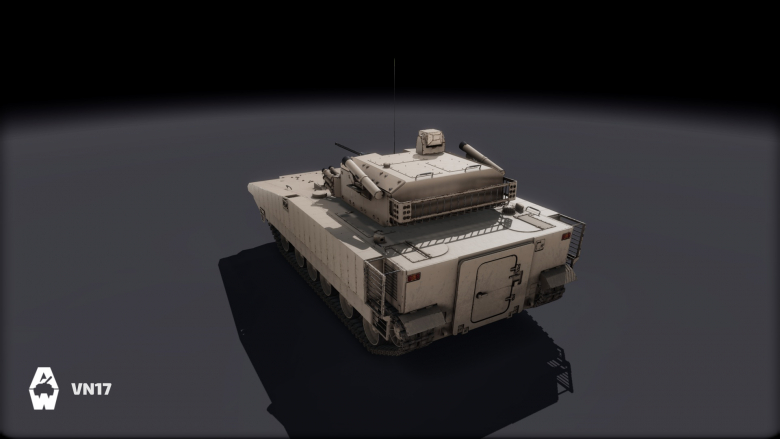 The weaponry will match its Tier, especially the missiles:

As for the utility values, this IFV will feature 30% camouflage factor, 460m view range on the move and 495m view range while standing. It will of course be able to deploy Mechanized Infantry or mark its targets with the Designate Target active ability. 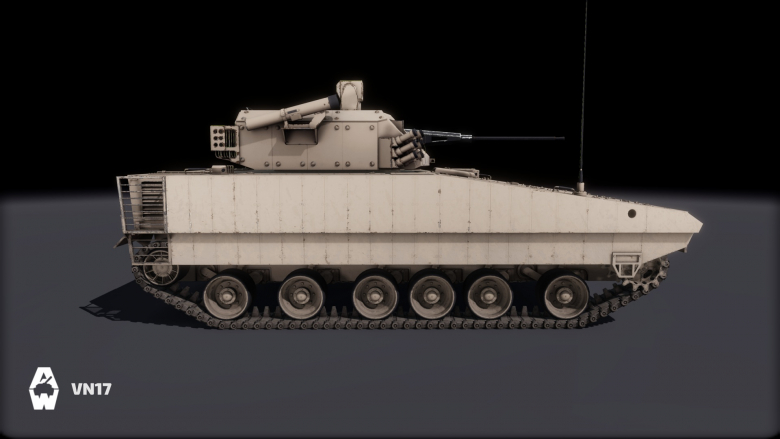 In summation, the VN17 will be a reliable and tough IFV that will also be able to deal decent damage even to heavily armored targets thanks to its powerful missiles. Its toughness combined with the ease of use will make it a viable vehicle even for the players who are new to Armored Warfare. We hope you will enjoy it and, as always: