From our previous introductory article, you know we are working already on the Rise of the Dragon Battle Path for this summer and in this article we’ll tell you more about it.

Reward-wise, the Rise of the Dragon Battle Path will be a bit different. There will be four Premium vehicles as usual:

But the other prizes will follow a certain topic as well – as its name suggests, the Rise of the Dragon Battle Path is all about the rise of China as a world superpower. As such, the prizes were overhauled with fewer not-as-valuable ones such as multiple-stage avatars, and more requested ones such as historical camouflages.

This Battle Path’s rewards will be separated into several parts based on China’s historical context and you’ll get to pass those parts in chronological order. In game terms, all these items will appear as a part of the standard level progression. The first part is dedicated to pre-war and wartime China.

When it comes to China, the first decades of the 20th century were an absolute mess. The year 1912 marked the end of the Qing dynasty rule after nearly three hundred years. China was subsequently reshaped into a republic but one man, Yuan Shikai, ruled it as a de-facto dictator. After his death in 1916, China entered the so-called Warlord Era as various remnants of the once massive Chinese imperial army (the Beiyang Army) vied for supremacy for over a decade. Only in 1928 did the Chinese National Party’s military forces bring them to heel during what was called the Northern Expedition. The campaign was supported by several large factions, including the Chinese Communist Party and, from the outside, the Soviet Union, which sought to increase its influence over the most populous country of the era.

The peace was, however, short-lived. The country plunged soon after into a massive civil war that left millions dead and tens of millions displaced or wounded. It was a brutal conflict on an epic scale, in which the Chinese Communist Party took on the forces of Kuomintang (or the Chinese Nationalist Party), the ruling party of the Republic of China. The war was interrupted by the Japanese invasion and resumed immediately after Japan’s surrender. The land only knew peace from large-scale warfare in 1949 with the defeat of Kuomintang and their exile to the island of Taiwan.

But let us return to the Warlord era for a moment, and its subsequent suppression. All pre-war Chinese armies were generally very poorly equipped and often poorly trained. To remedy the situation, some very light armor was ordered by Kuomintang along with European weapons, equipment (including the iconic German steel helmets) and, most importantly, advisors, including a German general of all people. That’s how China ended up with some Panzer I tankettes along with a few other German armored cars. In retrospect, it is fairly obvious that the whole German purchase was made for one reason only – German advisor kickbacks.

Panzer I, Nanjing, 1937 via Tanks Encyclopedia

At first glance, tankettes were fine when the enemy (be it the CCP or warlord armies earlier) was armed with obsolete rifles. In reality, they arrived in a terrible shape, had to be completely refitted and were constantly overheating. Luckily for the Chinese, this wasn’t the only tank purchased. In the 1930s, Kuomintang obtained around sixty various armored vehicles from Vickers, including the popular Vickers Mk.E (or Vickers 6-ton) light tank. These were armed with short 47mm cannons with 20 purchased between 1934 and 1935. 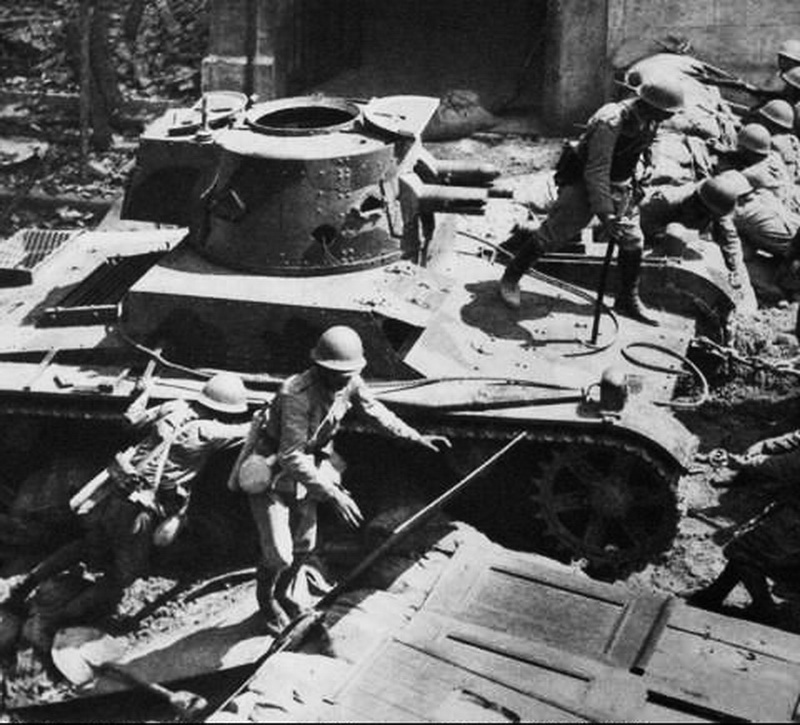 The Vickers light tank was a potent vehicle for its time and was amongst the best equipment the Chinese had. It was therefore logical they’d use them during the ill-fated 1937 battle of Shanghai where Kuomintang forces (the best-trained divisions) defended the city from a Japanese onslaught. Unfortunately, the deployment was a disaster. Brave Chinese tank crews advanced through the city without cover only to be flanked and picked off one by one. Other tanks were lost in heroic but pointless charges. During the battle, all Chinese Vickers Mk.E tanks were destroyed or captured by the Japanese. But why are we discussing this tank in this article?

The reason’s simple. The first three assets are connected to it. Kuomintang tanks were painted in a rather beautiful camouflage consisting of sand, green, brown and grey spots and this Chinese (Early) camouflage will be available as a prize of the Battle Path. Additionally, Chinese troops adorned their vehicles with various names and inscriptions. Two of these will be represented in the form of decals.

They are real tank names and both appeared on different Vickers Mk.E’s:

For the final prize of this section, let us fast forward a decade to the final stages of the Chinese Civil War. By 1945, the hostilities between Kuomintang and the Chinese Communist Party forces resumed with both sides using captured equipment left behind after Japan’s surrender. 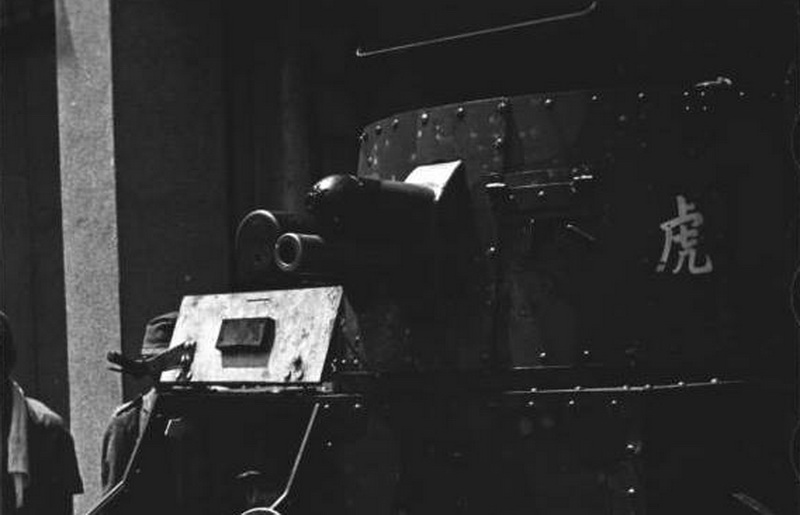 In late 1945, the Chinese captured a pair of Japanese Shinhoto Chi-Ha’s in the city of Shenyang. These tanks were relatively obsolete compared to late-war Allied equipment but were still considerably better than the pre-war stuff. Armed with long 47mm guns, they packed quite a punch. But before they could be used in the fighting, one of them was sabotaged by the captured Japanese engineers, leaving only the second vehicle (tactical number 102) operational.

The tank was repaired and transferred to the Chinese Northeast Tank Regiment, where it led a breakthrough during a massive battle of Jinzhou. As a mark of honor, the vehicle was renamed to “Gongchen” (“Heroic Tank”) since it became extremely respected and famous within the Chinese ranks. 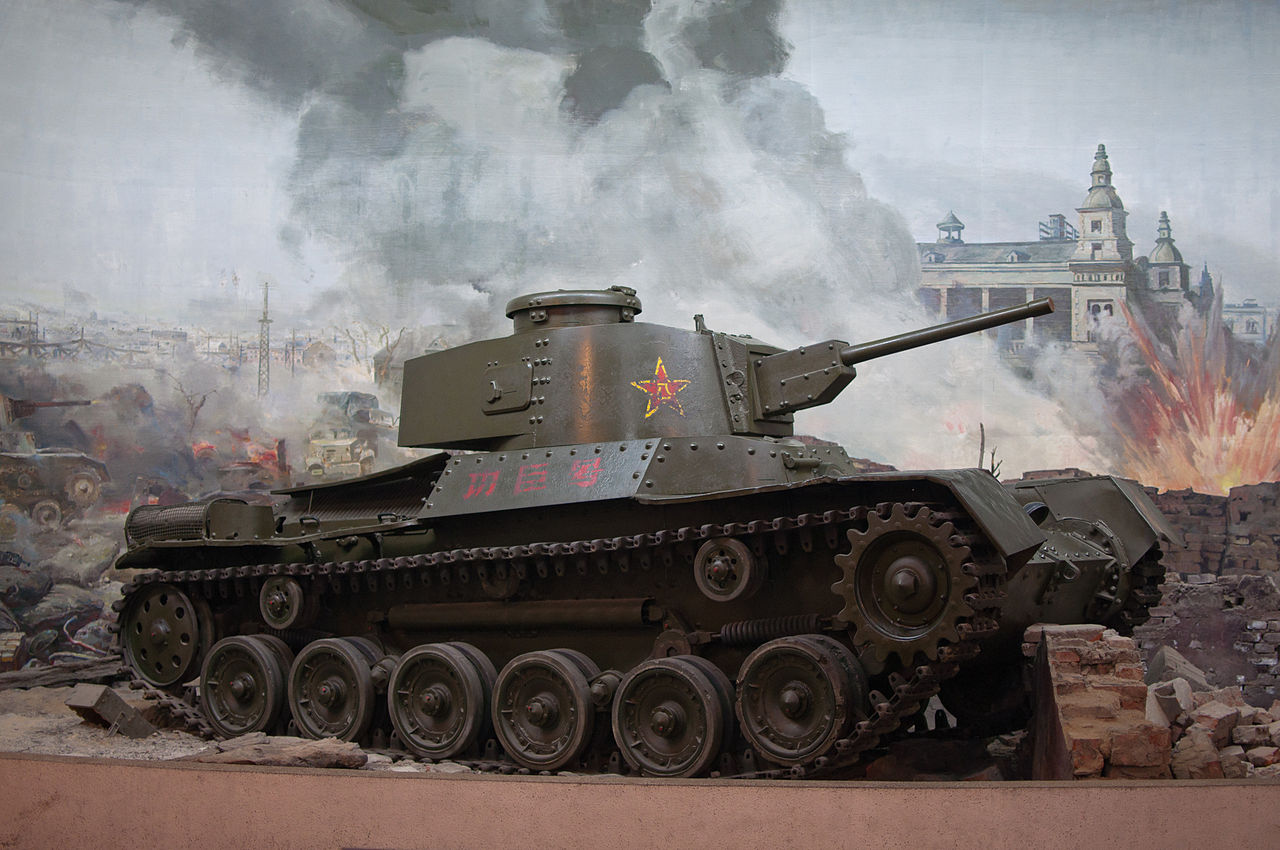 The tank survived the rest of the campaign and would become so famous that it would lead the victorious military parade in Beijing on October 1, 1949 – the day the People’s Republic of China was founded. It was retired from service in 1959 and can be seen in the Beijing Military Museum to this day. 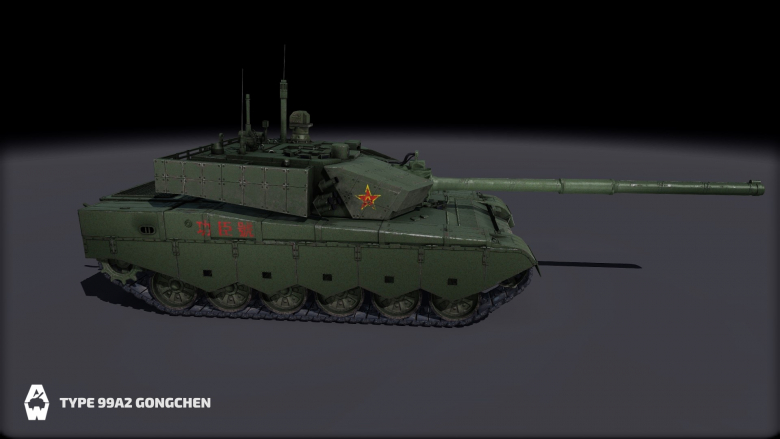 While we won’t be introducing the Shinhoto Chi-Ha tank for obvious reasons, the “Gongchen” will be a skin for the Type 99A2 MBT. 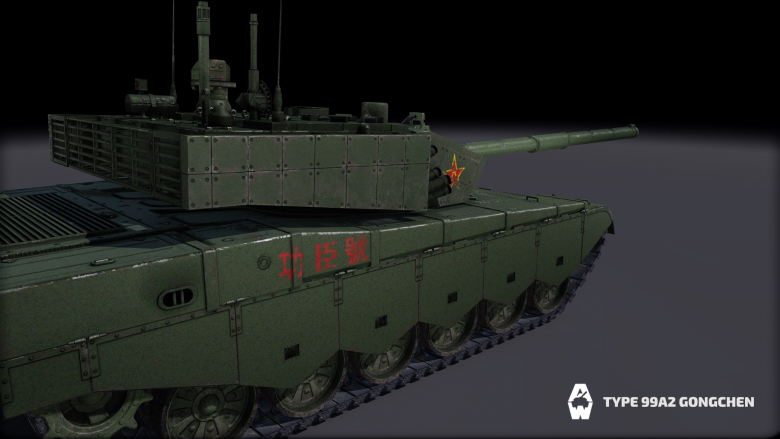 And that’s it for the pre-war and wartime era’s rewards – next time, we’ll discuss the first prize vehicle of the Battle Path (the ZTZ-20 MBT) as well as the next time period on our list: the early People’s Liberation Army era. Until then:

Summer of the Dragon