When it comes to Light Tanks, there’s one nation whose expertise trumps the others – the People’s Republic of China. China has a long tradition in using Light Tanks – terrain-wise, it is as an extremely diverse country with much of its territory simply not suitable for classic Main Battle Tanks. The deployment of Light Tanks was shown to be the right decision times and times again during the Vietnam War and, ironically, during China’s own conflict with the Socialist Republic of Vietnam a decade later.

That does, however, not mean that the Chinese developed their Light Tanks solely for their own use. The Type 62 Light Tank was relatively widely exported to both Asia and Africa and so was the Type 63, an amphibious design comparable to the Soviet PT-76. This is an understandable fact – the Chinese Light Tanks were rugged, easy to maintain and, most importantly for the kind of customers they were offered to, affordable. Sure, they weren’t really capable of fending off an enemy armored assault but against lighter vehicles or infantry, they were perfectly capable of holding their own in a fight.

It is, therefore, no wonder that China continues to develop export-oriented affordable Light Tanks for the countries that are have no need (or means) to operate a fleet of modern Main Battle Tanks that are notoriously difficult and expensive not only to purchase, but also to keep running (especially the western MBT maintenance comes with a lot of strings attached).

One of the better known modern Chinese Light Tanks is the VT-5 by NORINCO.

As its name suggests, the vehicle was developed purely for export (the VT designation is used for export vehicles) and has been marketed as such ever since its 2010. The development was kept in secrecy, but some sources claim it started around 2006 or so.

The VT-5 is a typical Light Tank – its weight is in the low 30 ton category (33-36 tons are the usual estimates depending on configuration) and its level of protection is comparable to modern heavy IFVs – the basic hull is made of steel but the vehicle can be upgraded with either a composite applique armor kit, or an ERA kit that covers its sides. Additionally, the turret sides are covered by cage armor, significantly increasing its protection levels against RPGs (something such a vehicle would be expected to come up against).

The basic hull protection level is likely only STANAG 4569 Level 1 or 2 with the additional armor increasing it to Level 3 or Level 4.

The last two systems are connected – when illuminated by a laser, the vehicle can automatically deploy smoke cover to make it more difficult for laser-guided missiles to score a hit. 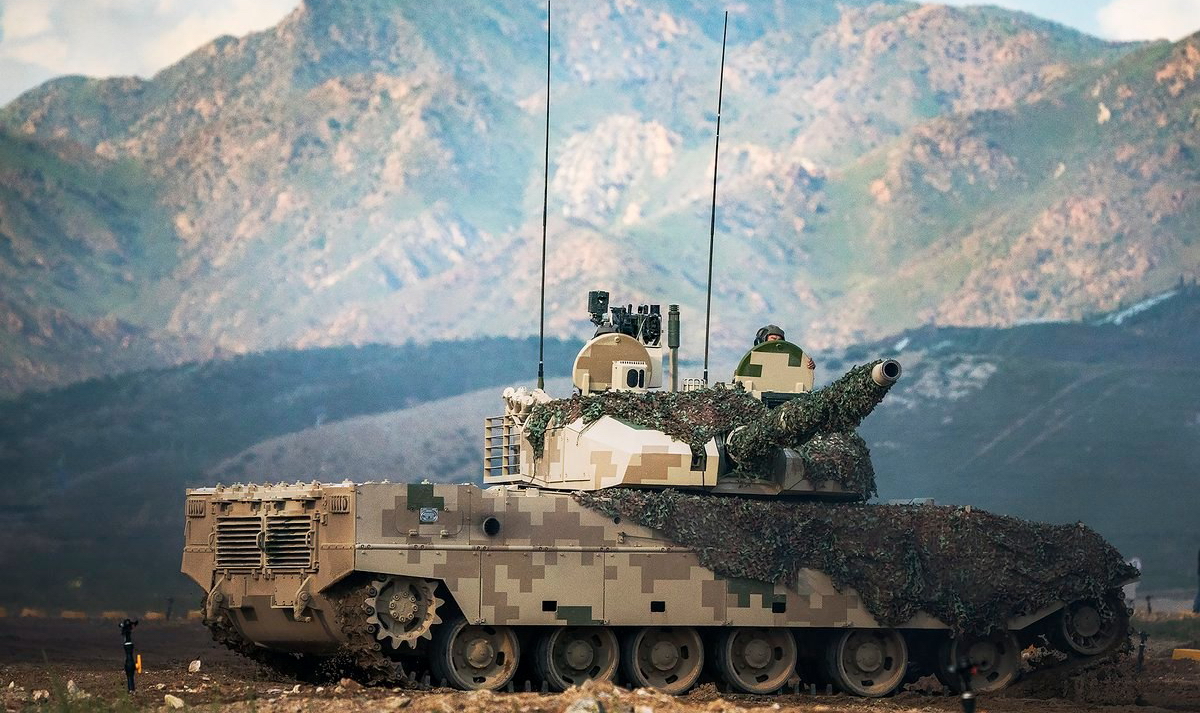 The tank has a crew of three – the driver is, as usual, in the hull while the gunner and the commander are sitting in a manned turret. The vehicle doesn’t need a loader because its main weapon, 105mm rifled cannon, is loaded automatically from a turret bustle-mounted ammunition rack. The main gun can fire all sorts of NATO standard ammunition, including:

But can also be used to launch guided missiles with tandem warhead and an effective range of 5 kilometers. 38 rounds of ammunition are carried in the bustle and in the hull.

The gun is fully stabilized and equipped with a modern Fire Control System, featuring:

The commander has panoramic sights with a thermal imager. Additionally, the tank has a hunter-killer capability (the gunner fires at a target designated by the commander while the commander already looks for another target) and can even engage slow flying targets such as helicopters. And last but not least, the vehicle can also be fitted by a satellite uplink, navigation and a battlefield management system, all based on the wishes of a customer.

When combined, this level of firepower and sophistication allows the tank to take on even modern Main Battle Tanks for a fraction of a cost of one.

The VT-5 is powered by a 1000hp FX0012 turbocharged diesel engine, allowing it to go as fast as 70 km/h with 35-40 km/h being the standard off-road speed. Thanks to its excellent power-to-weight ratio, it is a very mobile and agile tank, making up with speed what it lacks in protection. The engine can also be configured for high-altitude low-oxygen environments of mountain ranges, giving it a distinct advantage over conventional MBTs that cannot be generally operated in such environments.

The suspension is hydropneumatic, allowing the tank to be lowered or raised as necessary. Interestingly enough, this also makes the tank air transportable and even air-droppable, although whether such a trait would be useful for the kind of potential customers the vehicle is intended for is another matter. The tank is, however, not amphibious. The operational range of the vehicle is 450km, but can be, if needed, extended to 650km by using external fuel tanks. 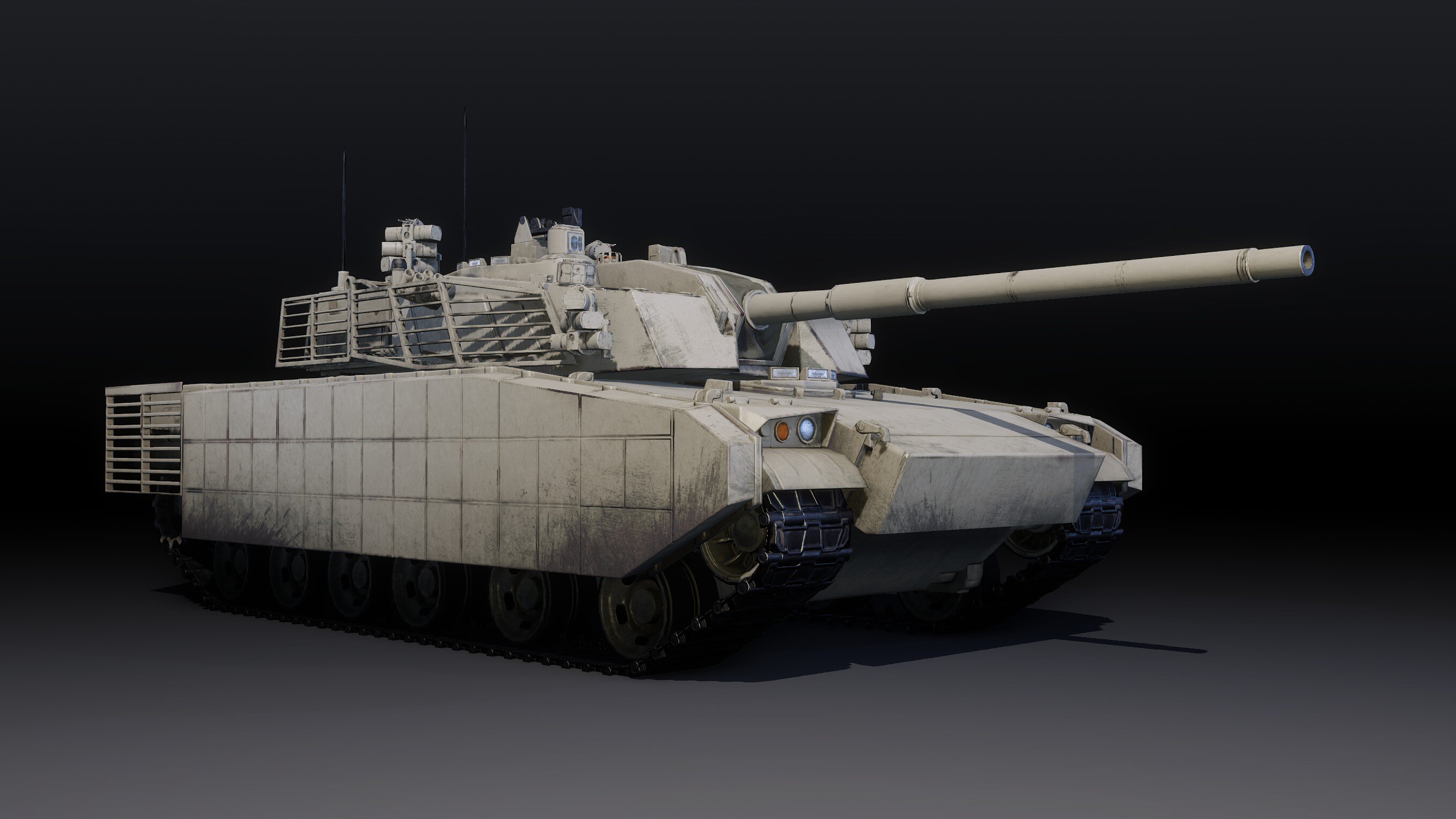 The last major event that included this vehicle was the August 2017 Inner Mongolia event where it was shown, along with a number of other advanced Chinese export weapons, to the representatives of more than 50 countries. The Chinese spared no expense on the event and the military experts could also witness the tank in action and during firing trials. According to several sources, the vehicle made a good impression – but whether it will also attract any real customers remains to be seen. It is, however, not going to appear in the Chinese army.

In Armored Warfare, the VT-5 will be a Tier 9 Premium Light Tank. Fast and agile, it will feature solid levels of protection (the configuration in the game is the one featuring the ERA kit as well as the turret cage armor) and a good rate of fire. Additionally, its gun will be capable of firing guided missiles. The details regarding how to obtain it will be published in the future.

War has come to the picturesque Swiss valley deep within the Alps – defeat the enemy on this newest Global Operations map!