In our previous Battle Path articles (linked above), we have unveiled the basic concept behind the upcoming Rise of the Dragon Battle Path – to implement various rewards related to different eras of China in chronological order, starting from the pre-war period. In this part, we’ll divert a bit from that concept because the next prize section will be dedicated to the Chinese Marines forces. 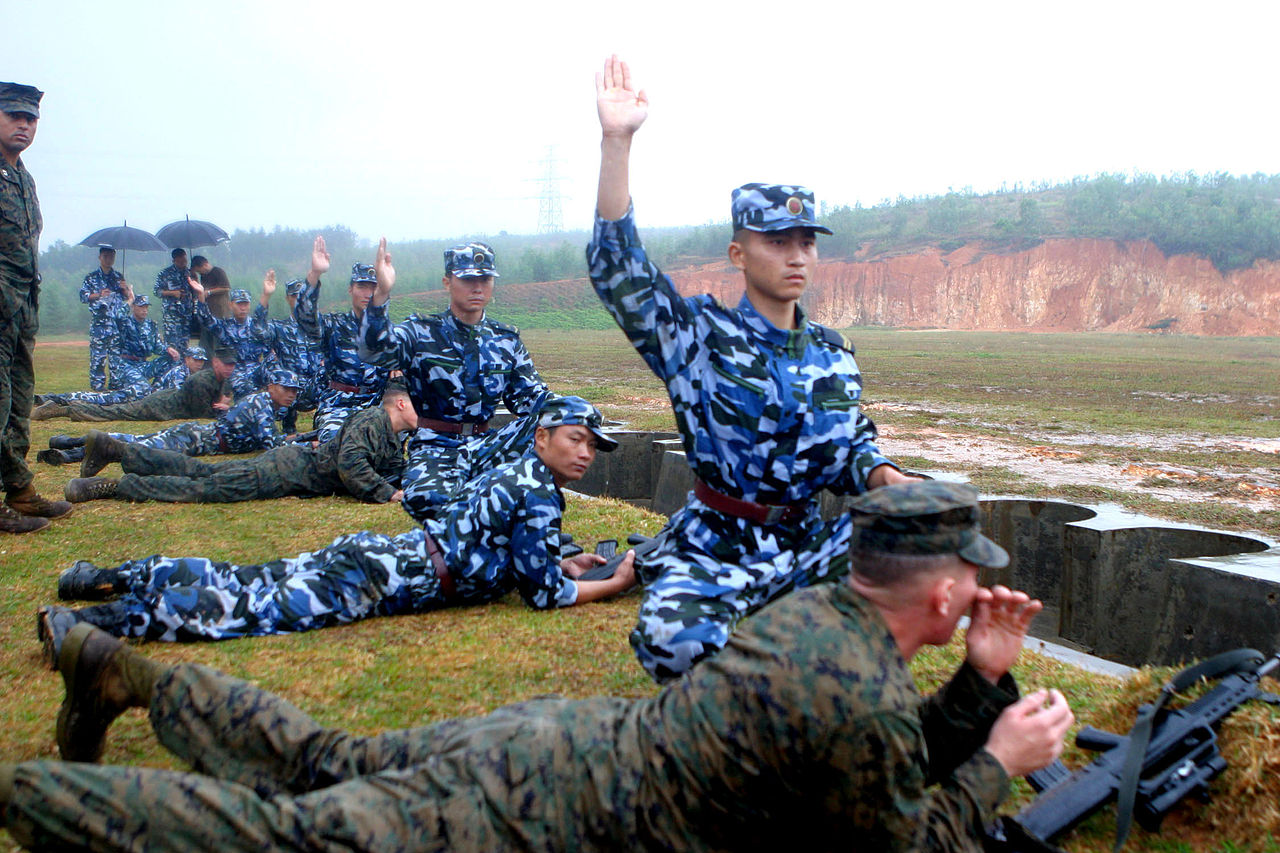 The Chinese Marines have a rather interesting (albeit short) history. This branch of the Chinese Navy was established in the April of 1953 as a reaction to the Nationalists keeping the control of several islands even after the end of the Chinese Civil War in 1949. The idea was to have a well-armed and elite force capable of storming the beaches of these islands, meeting the best the Nationalists had to offer head to head. Their baptism by fire followed soon afterwards when a force of roughly 200 Marines reinforced by a thousand militiamen defended the island of Dongshan against a Nationalist attempt to invade. The Nationalists had lost the island three years prior and in the July of 1953, they decided to take it back. 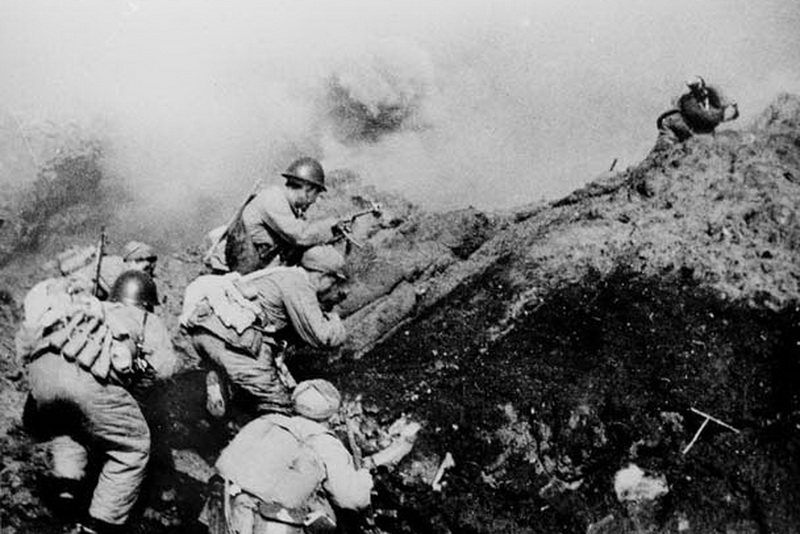 Battle for the Yijiangshan islands

The plan was fairly simple – the island was protected by light infantry only and the attackers would overwhelm them with regular infantry, armor and an elite paratrooper division. During the initial phase of the conflict, the island’s port was destroyed by Communist mortar fire but the defenders continued being pushed back by the onslaught. The advance was finally halted by the Chinese fortifications of the Eight Feet Gate stronghold manned by the Marines. The elite paratroopers suffered extremely heavy losses while attempting to take the fortifications, marking the high point of Nationalist advance during the battle.

The reinforcements from the Chinese mainland would force them to retreat, leaving over 2500 dead behind. Another such battle, just reversed, took place in 1955 during the Communist invasion of the Yijiangshan islands. While the losses on both sides were lower, the fighting was incredibly brutal with flamethrowers being deployed en masse and melee combat commonplace. 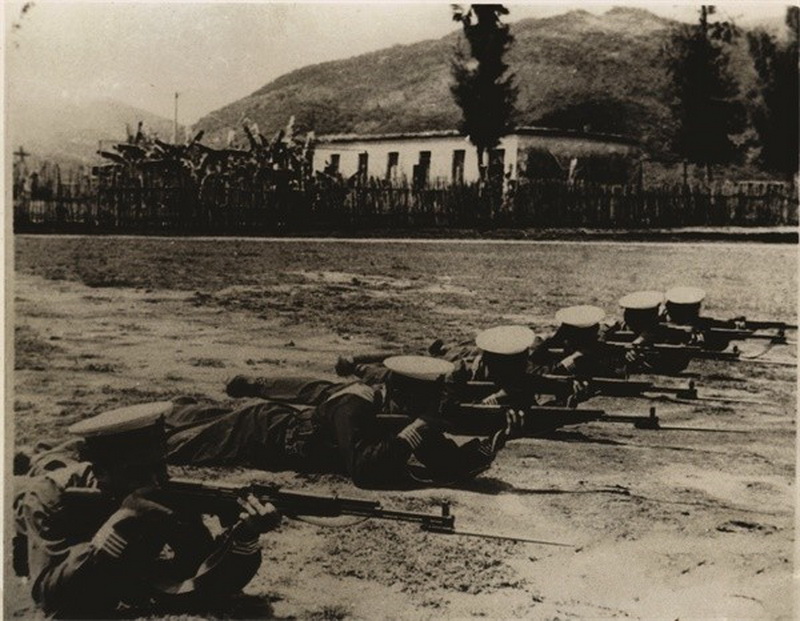 Chinese marines in the 1960s

During both engagements, the PLA Marines displayed uncommon heroism. Nevertheless, the branch was disbanded in 1958. The reason for that was fairly simple – they were no longer needed as the invasion of Taiwan was not seen as a viable prospect. Instead, the Chinese Navy would retain several infantry and tank regiments. These were technically Marines but weren’t organized so. They participated in the successful seizure of the Paracel Islands from South Vietnam in 1974. 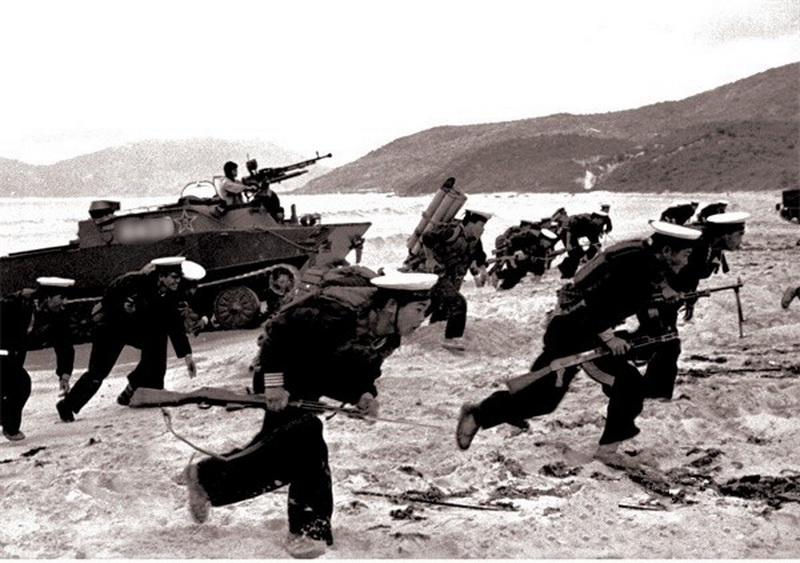 Chinese marines in the 1980s

The Marines were re-activated as a separate branch under the People’s Liberation Army Navy (PLAN) in 1979 with the 1st Marine Brigade becoming active in 1980 on the island of Hainan as a response to the increasing tensions between the People’s Republic of China and Taiwan. Another motive was the launch of Chinese expansion attempts into the South China Sea where several small islands and atolls had their status disputed by multiple parties (including Vietnam and the Philippines). One such dispute escalated into an armed skirmish when the Vietnamese and Chinese Marine forces clashed over the Johnson South Reef, a part of the Spratly Islands. 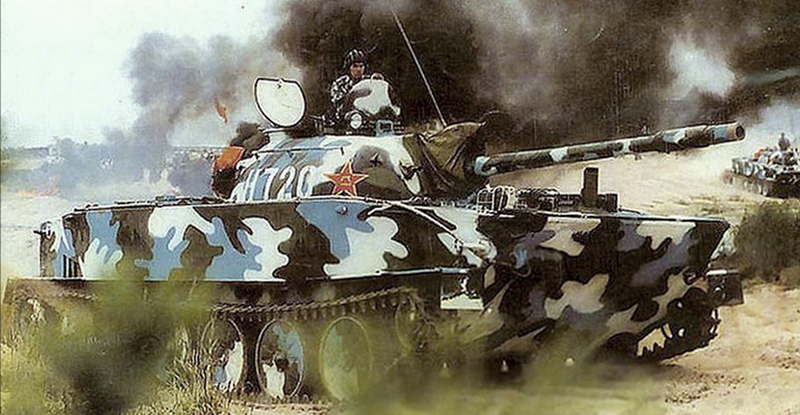 Our first prize of this segment is an early PLANMC camouflage likely introduced back in the early 1980s on both vehicles and uniforms. It consists of blue, grey and white spots and, as usual, will be available for all environments. 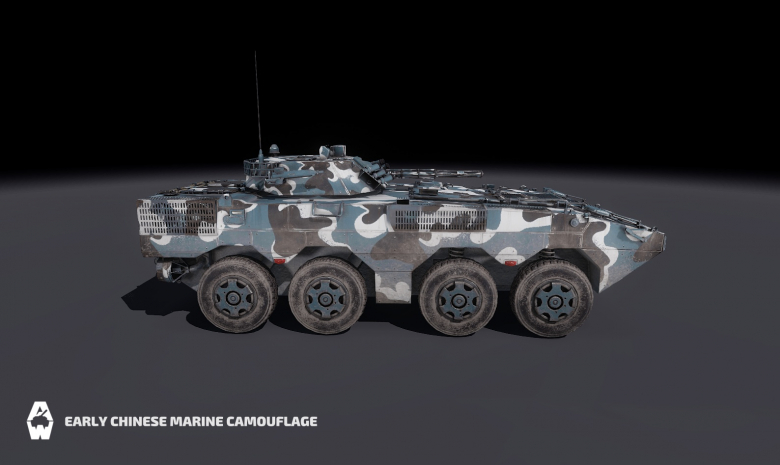 The PLAN Marines would once again be re-organized in the 1990s. The Iraqi defeat by the Americans caused a worldwide shock in the countries armed with Soviet-era equipment and the PRC was no exception. Modern arms programs were accelerated and a great re-arming process took place. For the Chinese tankers, this meant the launch of the successful Type 96 and Type 99 series MBTs, but the Marines only had lighter armor at their disposal. Currently, the PLAN Marines are armed with the following armored vehicles:

In total, the PLAN Marine Corps use several hundred armored vehicles of the abovementioned types. If you’ve seen the photos of these vehicles in a bright blue digital camouflage – those belong to the Marines. We have a version of this camouflage in the game already (on the Type 99A2-140 MBT) and we’re happy to let you know you’ll be able to use this modern Marine camouflage for all your vehicles! 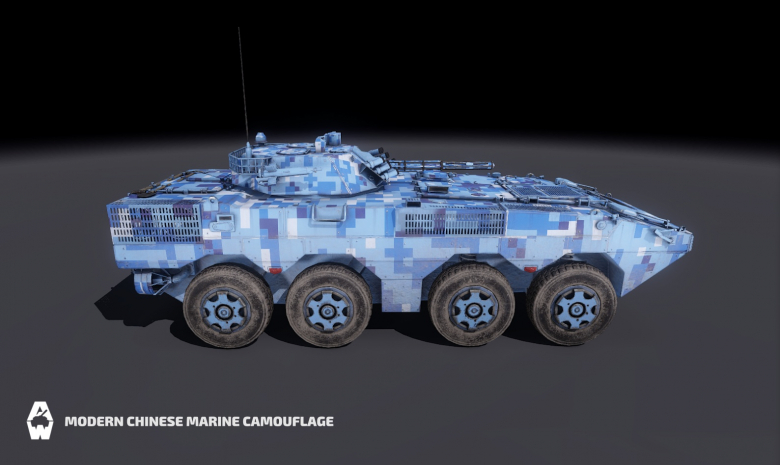 Despite the garish palette, this digital camouflage is fairly effective as it’s not supposed to blend with trees or grass, but with the sea. Amphibious vehicles are at their most vulnerable when performing a landing since you can’t dodge or hide in water. It is therefore extremely important to have any advantage you can during this perilous phase. 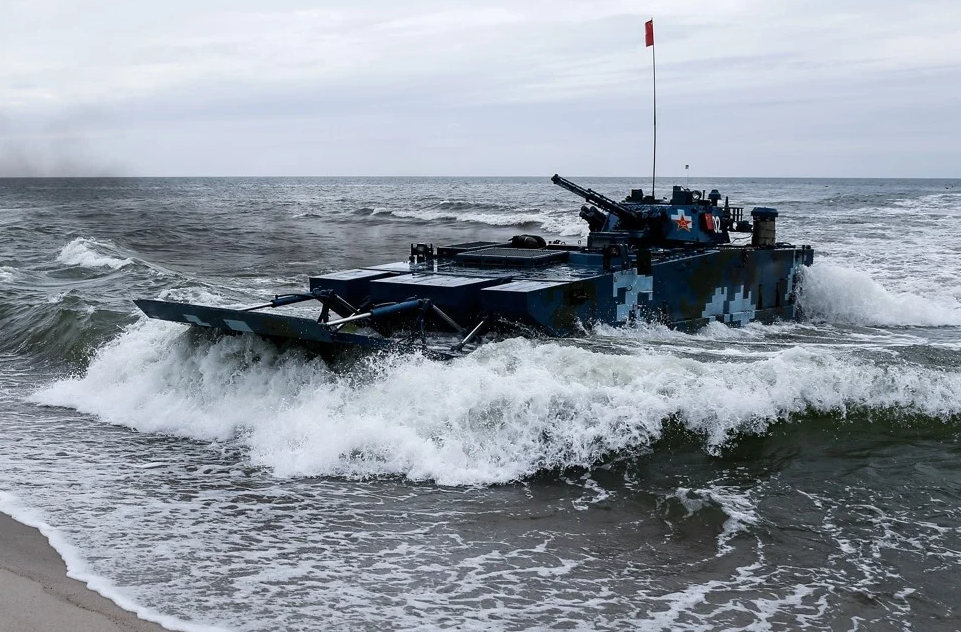 And that’s where we are right now in history – the camouflage is still in use, the list of vehicles posted above is the current one and the entire branch is currently roughly 20 thousand men strong. After the 2017 military reform, it is divided into 8 brigades. Aside from China, a PLANMC force is currently permanently stationed in Djibouti, the first Chinese overseas base of its kind. A Marine contingent is also taking part in anti-piracy missions in the Gulf of Aden. 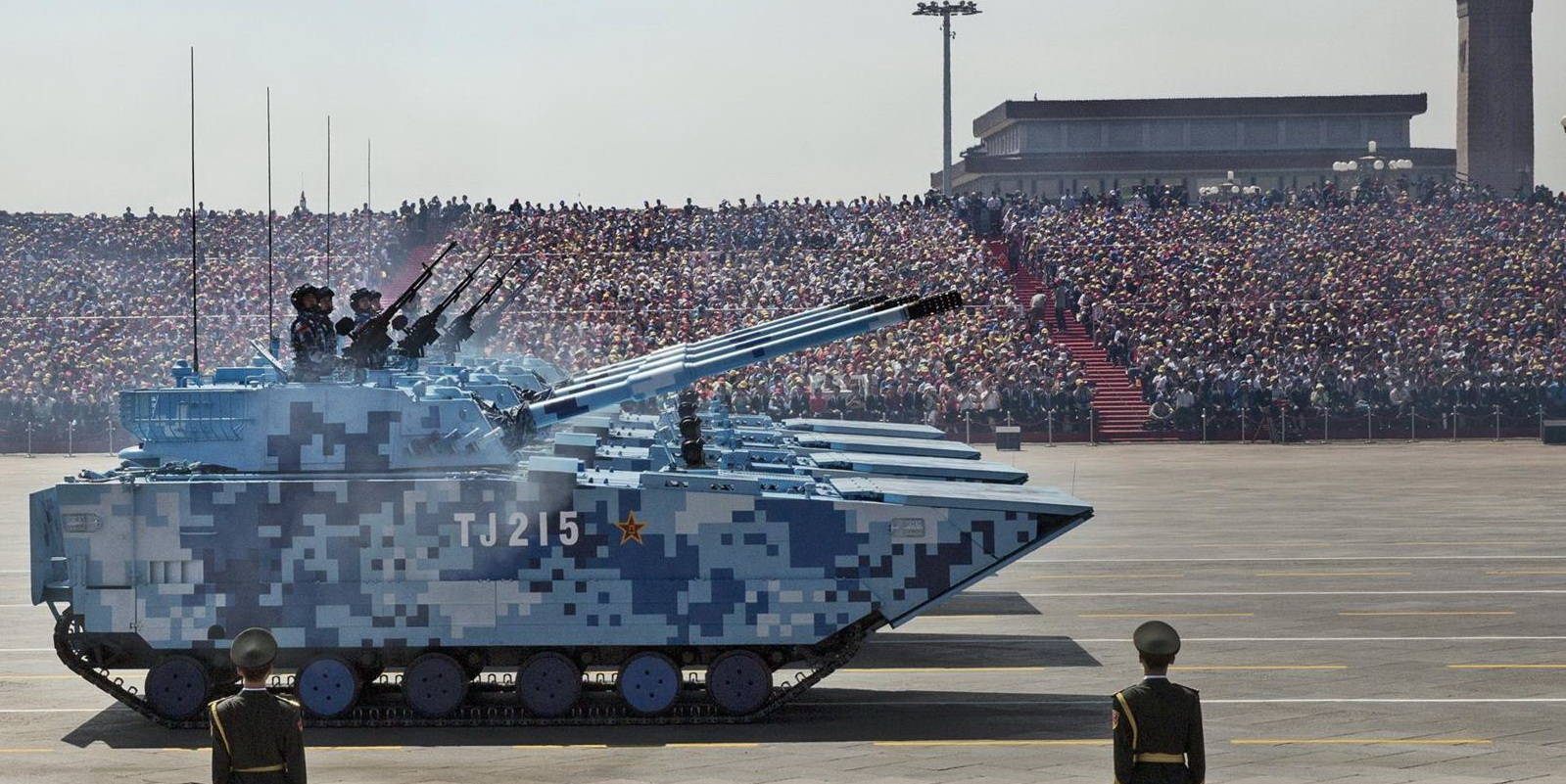 And that’s it for the main prizes. Other prizes of this segment include:

This segment technically contains the ZTL-11 as well since it is a vehicle used by the Chinese Marines, but this vehicle will very likely be only available via blueprints instead of standard level progression.

Next time, we’ll talk about the VN-17 IFV that is also a prize of this Battle Path. Until then:

Rise of the Dragon Battle Path – Part 2: Building the PLA