Today, we’d like to tell you more about the top prize of the Rise of the Dragon Battle Path – the Chinese ZTZ-20 Premium Main Battle Tank. 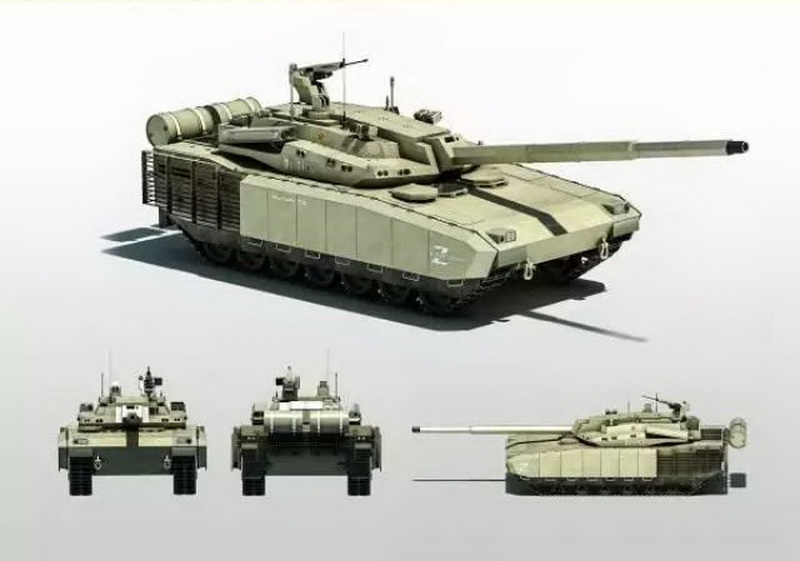 This is an exceedingly rare tank that was imported from China by Perihelion – a true masterpiece of engineering that can only be found serving with Chinese elite units guarding Beijing. How did Murdoch’s people get their hands on one is a mystery but a quick examination showed it was made using advanced technologies, some of which are not available at all in the United States of America of 2028.

So much for Armored Warfare lore, now for the real history – let’s address the elephant in the room. The ZTZ-20 Main Battle Tank does not exist. It is a vehicle made-up by a Chinese internet user who posted a full fictional history along with its technical descriptions on the internet. It’s unclear when the original post appeared; the estimate is around 2016-2017. The idea was to create a “future MBT for the Chinese armed forces” and the author was clearly inspired by the Russian Armata.

The hull bears a strong resemblance to it and the design features a number of elements taken directly from the T-14, such as the unmanned turret design and the armored crew capsule. On the other hand, there are some relatively strange solutions in there as well, such as the ATGM launchers in the turret that are retractable but cannot be loaded without someone doing it manually from the outside. The carousel loading mechanism is a bit strange as well and there are a myriad of other details betraying the fact the author of the vehicle wasn’t an actual tank designer. Nevertheless, the concept has gained a lot of popularity on the Chinese internet over the years and we’ve decided to give it a try and introduce it as a playable vehicle.

As we posted before, in Armored Warfare, the ZTZ-20 is going a Tier 10 Premium Main Battle Tank with a rather unique twist.

The overall concept of the tank will resemble that of the other Chinese MBTs in Armored Warfare, such as the Type 99B. Unlike the others, however, this MBT will be protected by the following elements:

On the downside the basic armor will become quite thin once the NERA elements are spent. Not to worry though, the ammo rack weakspot the Type 99 series is famous for in the game will not make an appearance (on the contrary, we’ll fix the issue on the other vehicles of the Type 99 series).

Mobility is a staple of Chinese MBTs and this one will be no exception. We’re looking at something similar to Type 99A2 despite the weight of 59 tons. The ZTZ-20 will be powered by a 1630hp diesel engine giving it the maximum speed of whopping 90 km/h with the following additional values:

As you can see, it will be one of the most agile and fast-accelerating Tier 10 MBTs in the game. Additionally, two of the three Active Abilities available to it will also make it move faster: Override and Top Speed.

And, finally, we come to the firepower. The tank will allow you to choose between two weapons:

The 125mm gun is mostly intended for PvE. Performance-wise, it’s on par with the Type 99A2’s gun, including its famous HEAT rounds with 1000mm penetration and 930 damage per shot. The reload time and the subsequent damage output will be roughly similar to the Type 99A2, although the gun-launched ATGMs are missing here.

The 140mm gun is, on the other hand, intended for PvP, trading the damage per minute value for increased damage per shot and APFSDS penetration. This gun will fire both APFSDS (835mm penetration, 945 damage) and HEAT rounds (950mm penetration, 1181 damage). 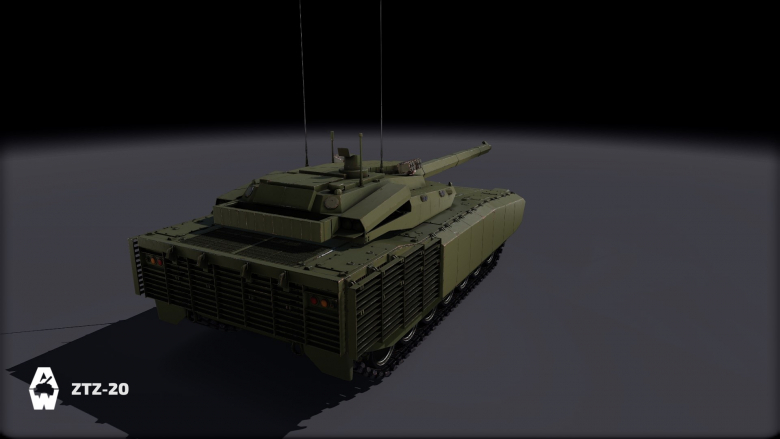 Both guns will be able to elevate to +14 degrees and depress to -7 degrees. But that’s still not all as the tank will feature a unique system – Phosphorus Missiles.

That’s right; those ATGMs at the back of the turret are no ordinary ATGMs. You have four of them in your launcher – they can be fired once per 3.5 seconds followed by 25 seconds of reload. The way they work is relatively simple. They fly either into a target directly or over a target (much like the overflight attack missiles do) and explode, dealing meager damage but covering a wide area around the impact point with white phosphorus.

White phosphorus works the same way as it does in WP artillery rounds:

The first point is the true purpose of these missiles – they can be fired at suspected enemy locations to get rid of those pesky scouts hiding in the bushes or “hero” MBTs “supporting” their lighter comrades from behind the lines. It’s worth noting that these missiles behave just like other ATGMs and are therefore susceptible to hostile APS.

Utility-wise, the tank will have access to the two abovementioned Active Abilities as well as the Rapid Fire one. It’ll also feature solid camouflage (22%) and viewrange (365m) for its class.

In summation, the ZTZ-20 will be a highly practical and versatile MBT with two configurations and a unique ability. Thanks to the combination of solid armor, excellent mobility and adequate firepower, it’ll have a chance to succeed on any battlefield and in any mode. We hope that you’ll enjoy it and, as always:

The Rise of the Dragon Battle Path is now available!

Learn more about the Premium campaign we’ve prepared for you!