In our previous Battle Path article, we have unveiled the basic concept behind the upcoming Rise of the Dragon Battle Path – to implement various rewards related to different eras of China in chronological order, starting from the pre-war period. 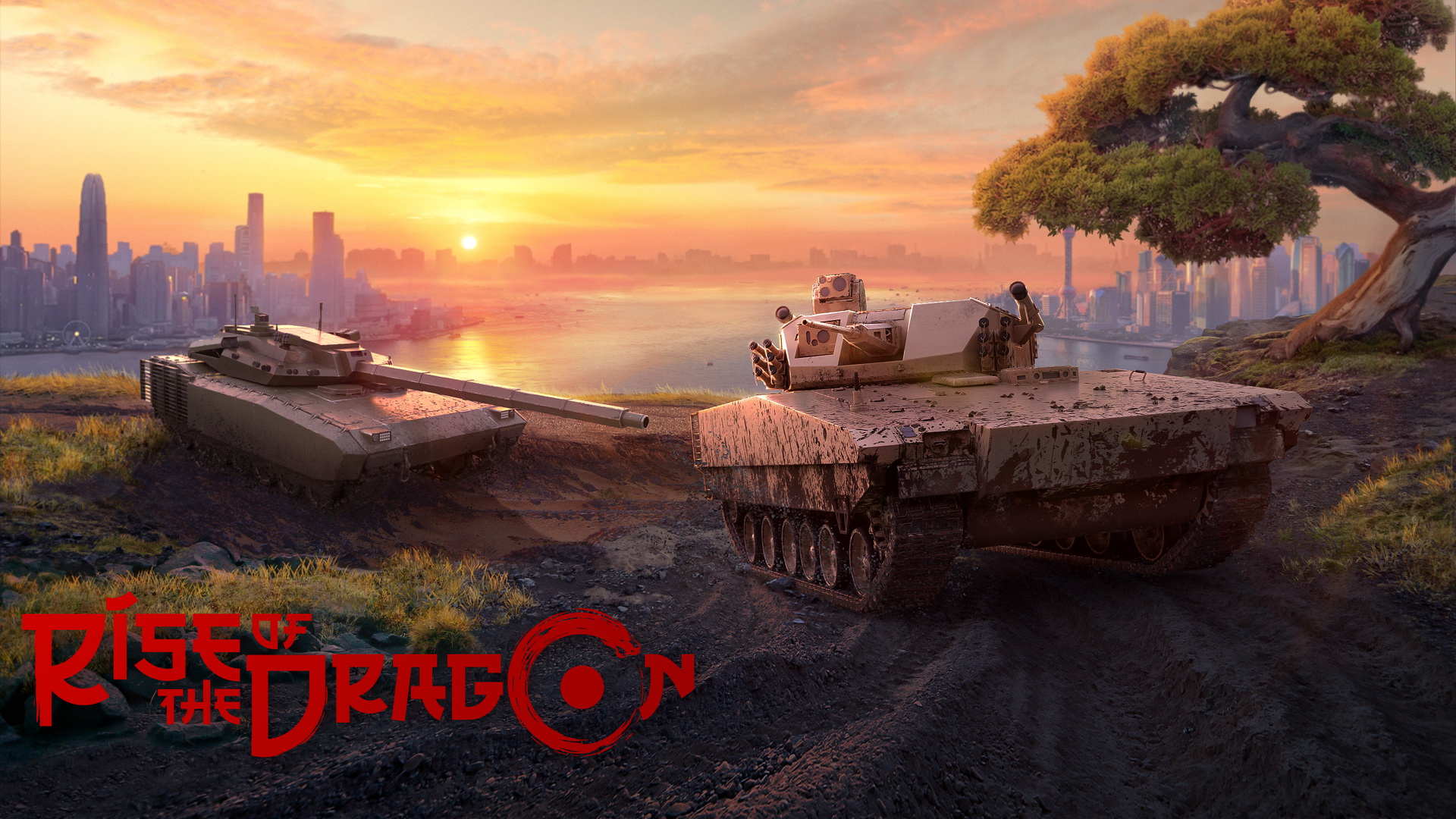 While we are finalizing the design of the ZTZ-20 MBT, we’ll tell you more about the second block of prizes dedicated to the early years of the People’s Liberation Army.

Continuing where we left off – after the previous tumultuous decades, the 1950s would prove just as challenging for the Chinese armed forces despite the final defeat of the Nationalist regime in 1949. The People’s Liberation Army (further referred to as PLA) would soon have to face another, technologically far superior enemy – the United Nations forces led by the Americans. 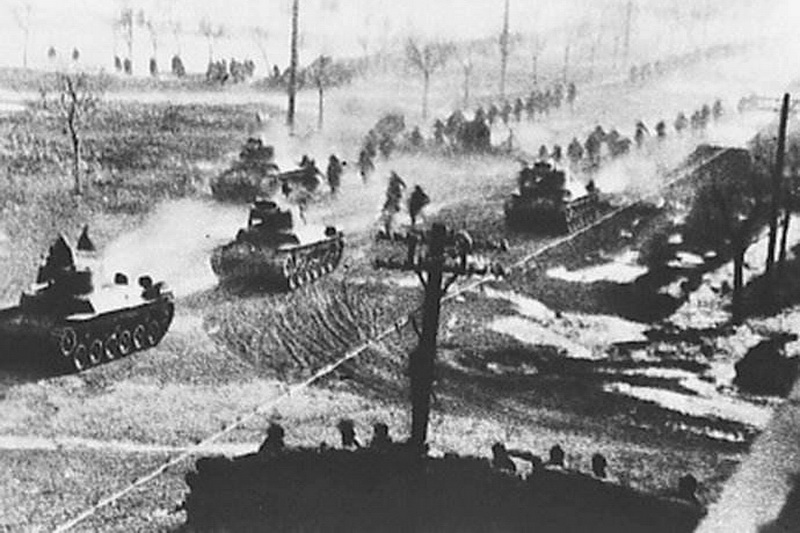 The PLA was actually founded relatively shortly before the Korean War – officially in 1947, but the transition was not complete until a year later. It’s not that everything had to be made from scratch – after all, the armed forces of the Chinese Communist Party existed since 1927 and were relatively well-organized. It was the equipment that was lacking.

In the late 1940s and the early 1950s, the PLA was armed with an incredible assortment of captured weapons and war surplus. Armor-wise, they actively used captured Japanese tanks such as the Chi-Ha, but also the captured American equipment supplied to the Nationalists during the Chinese Civil War, including the Sherman and Stuart Light Tanks. To the Chinese generals, well-aware of modern weapons development, it was clear that everything they possessed was hopelessly obsolete. That was about to change. 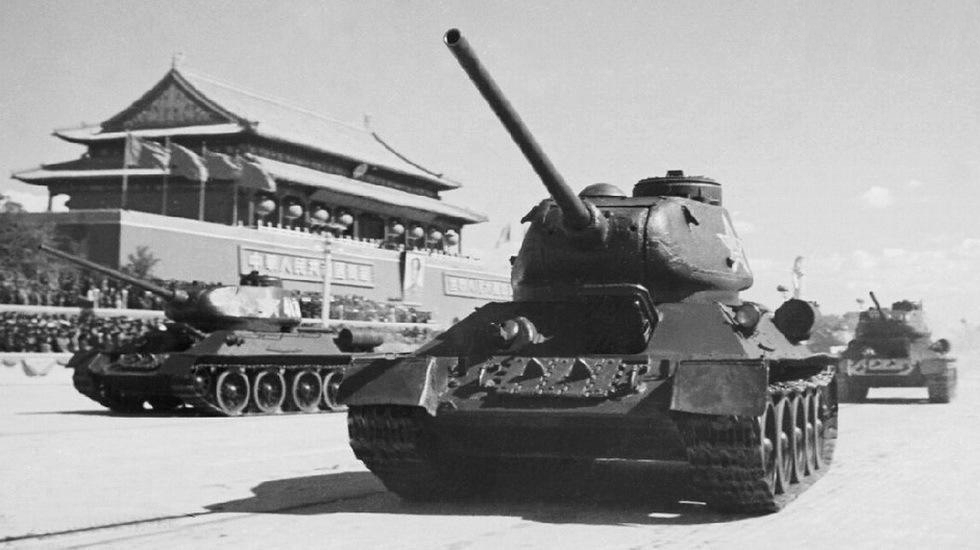 In 1950, a treaty was signed with the Soviet Union. After all, both countries shared the same communist ideals (this would only change later) and China could definitely use some brotherly help in the arms department. As a result, roughly 1800 T-34/85 medium tanks were sent to China between 1950 and 1954. In Chinese service, these tanks were referred to as Type 58 and were most likely not produced domestically. 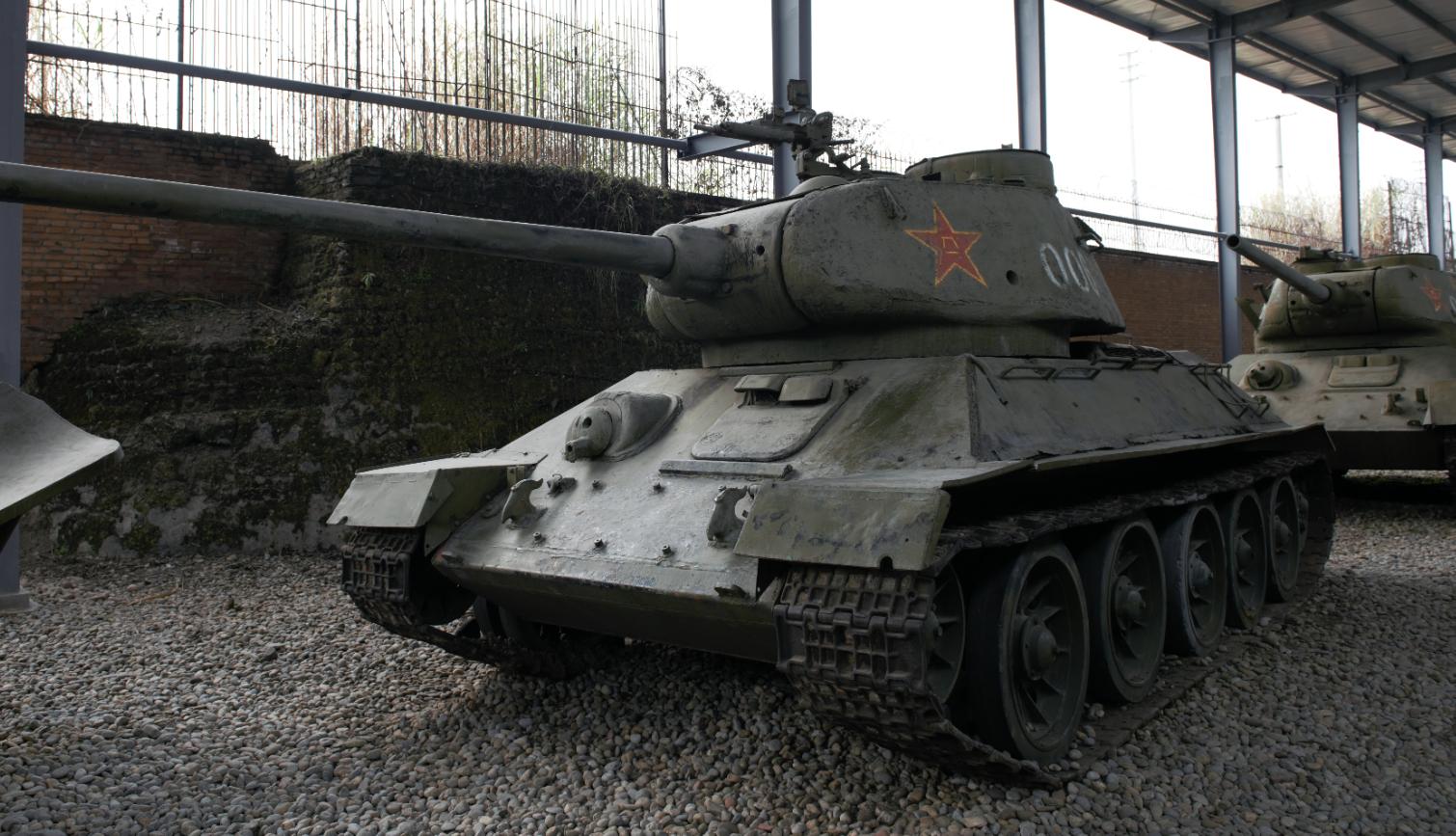 Here’s where we come to the first interesting prize of this segment. These tanks were not painted in the standard Soviet 4BO green paint – or, they initially were, but they were re-painted into a darker shade of green and that’s the reward we want to show you today – the PLA Green base paint. This paint was the most common (if not standard) for most tanks until the 1970s, when it was taken over by a very common three-tone camouflage. 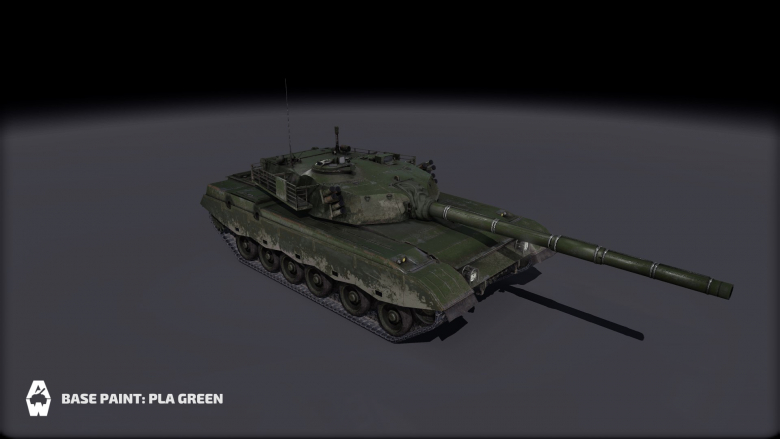 These tanks were also marked with a PLA red star, which is why we’ll offer you the PLA symbol as a decal (and a flag) to allow you to paint your vehicles in proper livery.

But, back to our quick history rundown. While China was involved in in several conflicts in the 1950s, the by far largest one was the Korean War. Facing an unfavorable result for communism during the conflict, a more than 750 thousand men strong Chinese army of “volunteers” crossed the Yalu river to support its North-Korean allies citing “American aggression.” Unprepared for such an onslaught, the U.N. forces were forced to retreat, but not without inflicting incredibly high losses on the Chinese. The Chinese offensive would eventually be thrown back to the 38th parallel in 1951, which forms the border between both Koreas to this day. 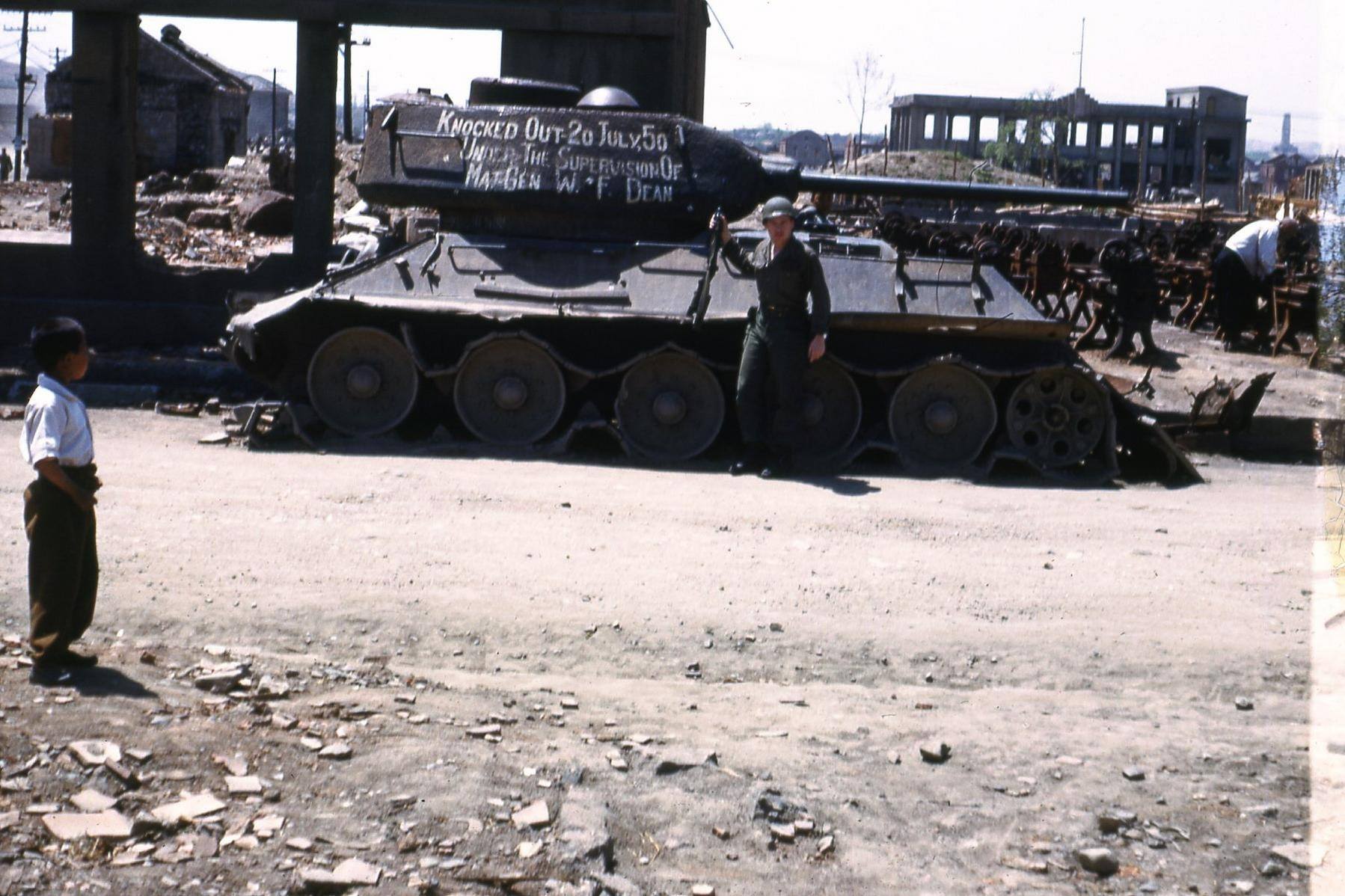 Many are aware of the American legends surrounding the war, such as the Battle of the Chosin Reservoir and Chesty Puller’s famous “they can't get away this time” quote.

But there were such legends on the opposite side as well, such as the one of “Tank 215”. The “215” was a T-34/85 tank belonging to the 2nd Tank Division of the 2nd Tank Regiment of the People’s Volunteer Army tasked with the defense of North Mountain of Shiyandong on July 6, 1953, an area where three American M46 Pattons were reported threatening Chinese advances. 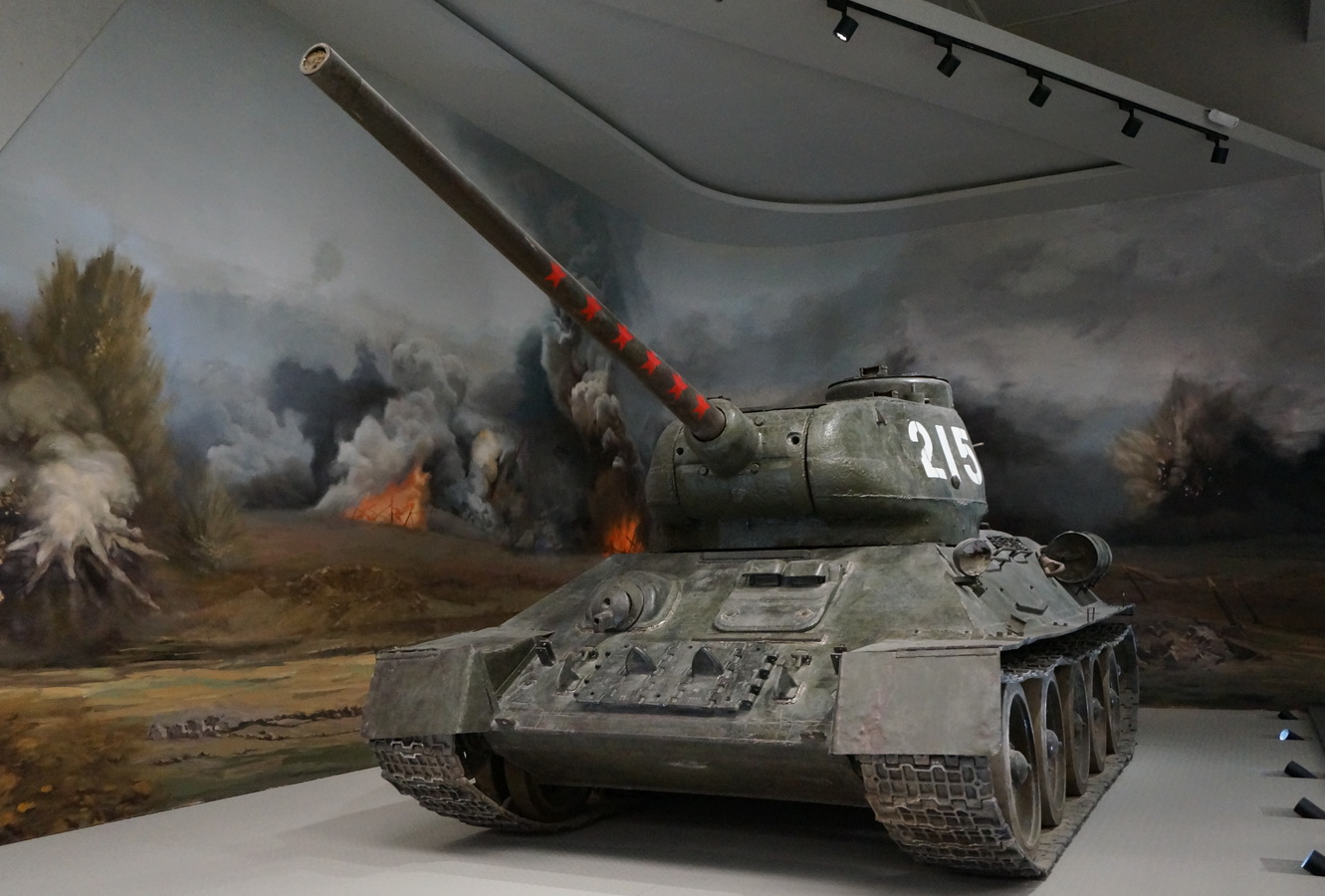 The ambush attempt unfortunately failed and the tank got shelled by American artillery, immobilizing it in the process. Its crew tried to set it free but to no avail. This effort took the rest of the day. Unwilling to abandon the vehicle, they instead decided to camouflage it with mud and twigs under the cover of the night. Luckily for them, they were found by a PVA patrol that helped dislodge the tank from its resting place, allowing it to retreat and set up another ambush in a nearby forest. 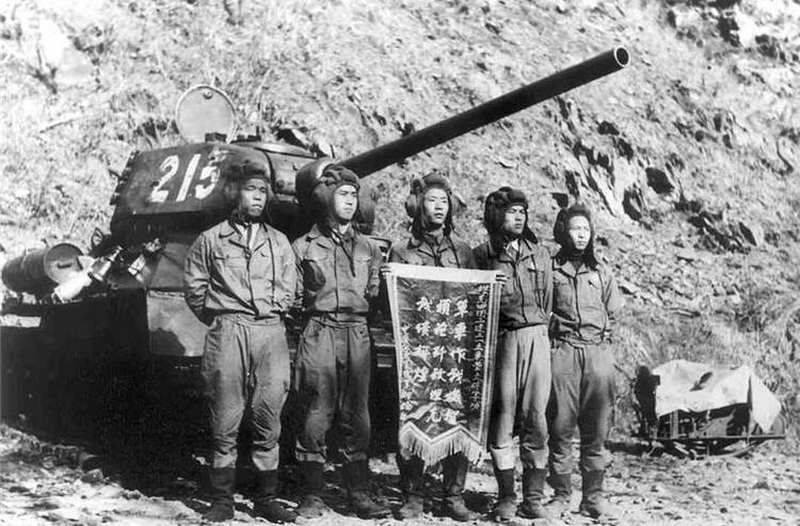 This time, things went better. The crew stumbled upon a trio of unsuspecting Pattons driving on a nearby road in a column. For whatever reason they decided to troll the Americans by actually joining the column, fitting in between the second and the third vehicle. When the column finally arrived at an American checkpoint, the “215” knocked out the rearmost Patton, trapping the other two and knocking out the rest one by one. Then it began to rampage through the supply depot, destroying 5 tanks (including the earlier 3 Pattons), 26 bunkers, 9 mortars, 1 command post and 3 more unidentified vehicles before escaping to the Chinese lines. The tank itself survived the war and can be found in the Beijing Military Museum. 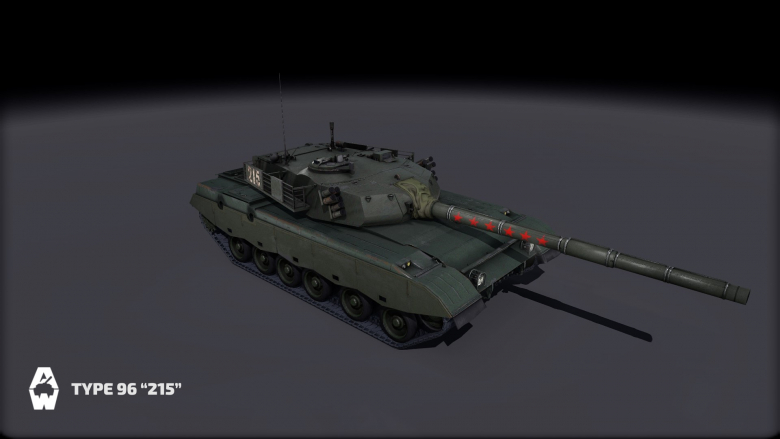 This story was used extensively in Chinese propaganda and became a part of the Chinese mythos surrounding the war. Numerous different accounts of that battle’s events exist (sometimes with the events taking place in a different order), all of them most likely not true as no such loss records could be find in the American war records. Nevertheless, amongst the Rise of the Dragon’s prizes, you may find a special skin for the Type 96 MBT – Type 96 “215”.

This skin changes the appearance of your Type 96 by applying the appropriate base paint (PLA Green), the PLA symbols, the tactical number “215” as well as six red stars on the barrel. 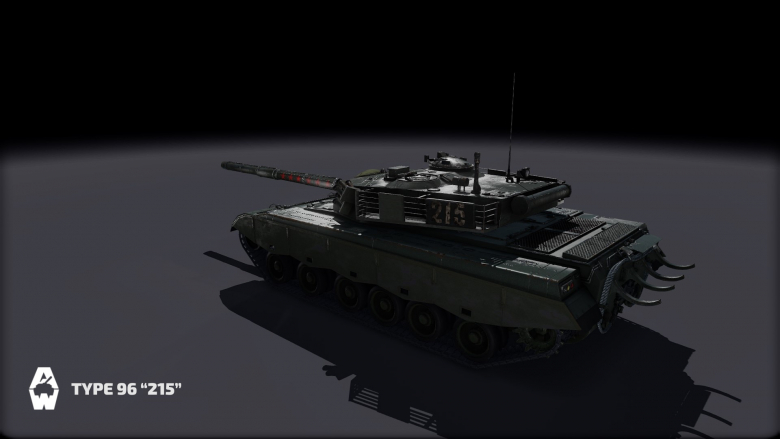 Other prizes of this era include:

Next time, we’ll finally take a look at the vehicle prizes as well as the prizes of the next era called Rapid Development.