Today, we’d like to tell you more about another prize of the Rise of the Dragon Battle Path – the Chinese ZTL-11 Premium Tank Destroyer. 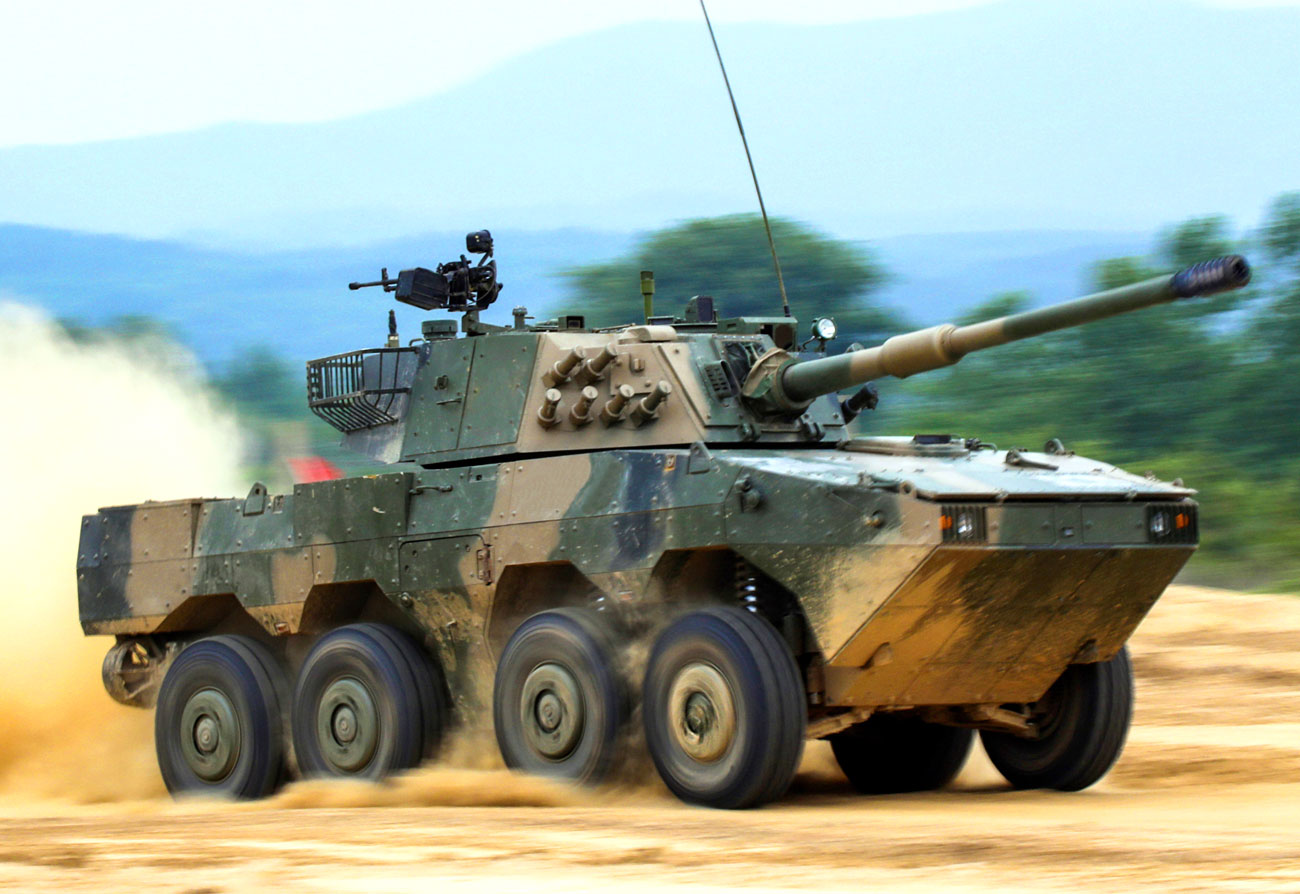 As usual, a bit of history first. The ZTL-11 is, as its name suggests, a wheeled tank destroyer. It is a variant of the eight-wheeled platform that’s also present in Armored Warfare in the form of the ZBL-08 IFV. The development likely started around the year 2000 with a platform prototype appearing in 2006, although this information is mostly speculative. The idea here was to provide China with a modern wheeled platform similar to the American Stryker that would be available in multiple configurations, including a self-propelled gun and a tank destroyer. And that’s what the ZTL designation actually means for the Chinese military:

It’s worth noting that some Chinese sources refer to the vehicle as ZLT-11. It’s currently unclear which name is official but the ZTL one is far more widespread and we’ll therefore stick to using that one.

The vehicle was first seen in public in 2013 but was only officially revealed in 2015 during a military parade commemorating the 70th anniversary of the victory over Japan. That means it’s still relatively new and not much information is actually available as most of it is classified. What we do know, however, is that the hull (which is similar to the ZBL-08) carries a new aluminum turret.

The vehicle weighs some 23 tons and has a crew of four. Three crewmembers sit in the turret and one in the hull as usual. 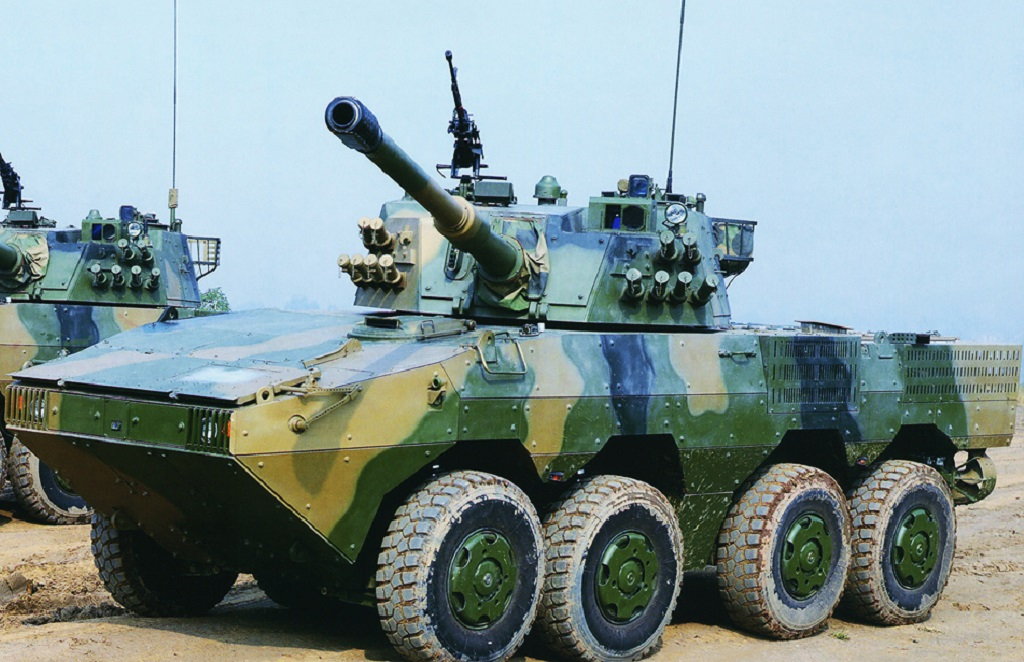 The armor of this vehicle is very basic – a steel welded hull with 20mm to 30mm plates, the turret consists of aluminum alloy plates of roughly 40mm thickness. The vehicle can therefore in its basic form frontally resist heavy machineguns only. Additional modular armor can be mounted on it, but it only consists of relatively thin composite plates, likely increasing the frontal protection to resist 25mm autocannons with the rest of the vehicle being protected against 12.7mm bullets. No ERA or APS is available to this vehicle, only a basic smoke grenade system.

The ZTL-11 is armed with the ZPL-98A 105mm low-recoil rifled gun as the main 125mm caliber would be a bit too much for the light platform. The gun is manually loaded and was likely developed from the famous British Royal Ordnance L7, although this weapon does have a muzzle brake to tame that wild recoil. It can fire the following rounds:

The vehicle carries approximately 30 rounds. Its fire control is modern but lacks panoramic optics for the commander and therefore the hunter-killer ability. On the other hand, it is fitted with a Chinese Battlefield Management System, making it easy to integrate into modern Chinese formations.

The ZTL-11 is powered by a Deutz BF6M1015C 440hp diesel (or rather its local licensed copy), allowing it to go as fast as 100 km/h. It’s worth noting that this vehicle is amphibious and can swim as fast as 5 km/h. The eight-wheeled suspension steers with the front two wheels, making the ZTL-11 relatively agile. It’s worth noting that some Chinese sources also claim that on the later-produced vehicles, the engine was replaced with the Shanxi 132HB 883hp diesel engine – however, this is most likely not true. 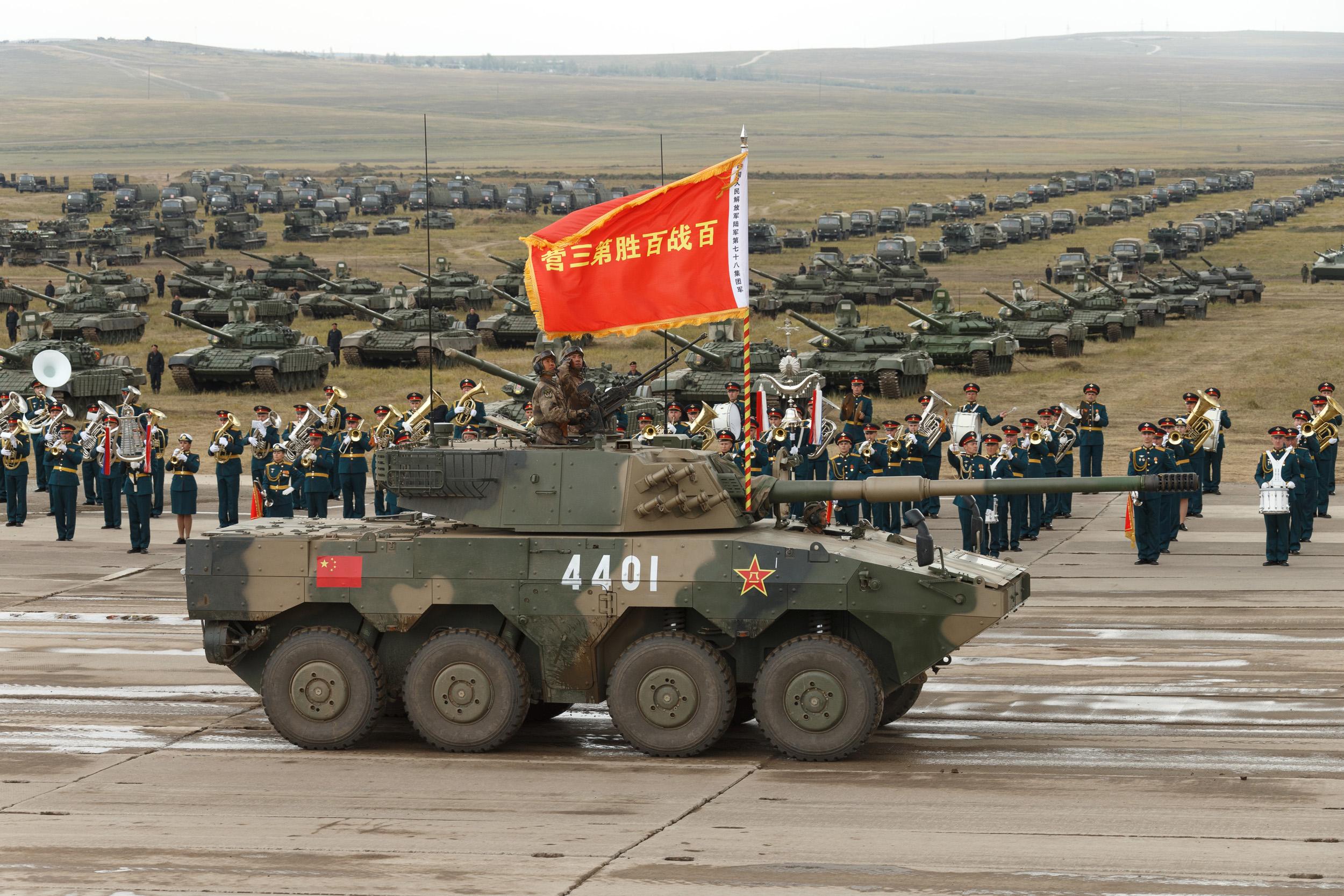 You sometimes see the same vehicle under the designation ZTL-09 since that’s when it allegedly entered service, but it’s quite likely this designation is not correct. The ZTL-11 uses a rather obsolete caliber that’s usable only when firing at softer targets as its ammunition typically cannot defeat modern MBTs frontally. As a fire support vehicle, it has its merits though and can be quite deadly against anything short of a frontal MBT onslaught.

The ZTL-11 Tank Destroyer was allegedly produced in large quantities and up to 950 vehicles of this type might be currently in service in what’s essentially an equivalent of the American Stryker brigades that are supposed to combine extremely high mobility (including water-crossing and off-road capabilities) with some serious firepower. Ironically, the Americans are withdrawing from the concept already due to the issues connected to it – whether the Chinese will follow suit remains to be seen.

In Armored Warfare, the ZTL-11 will be a Tier 9 Premium Tank Destroyer.

Unlike the ZTZ-20 with its new mechanics, the ZTL-11 will be quite straightforward. This is a classic wheeled Tank Destroyer with all the advantages (and drawbacks) of this vehicle’s class. It will have thin armor protecting it against autocannons only without any additional protective measures. It will also have limited agility due to its eight-wheel suspension. 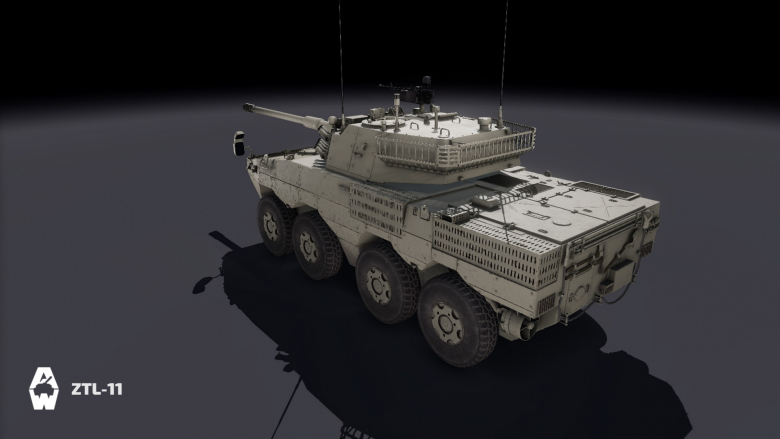 However, it will be fast (99 km/h maximum speed) and rapidly accelerating thanks to its low weight and relatively powerful engine. And, most importantly, it will have a powerful 105mm gun on par with the ZTQ-15 Light Tank – it’s not the same weapon but the performance will roughly be similar.

Add to it its decent viewrange (400 meters), camouflage (30 percent) and the Zero In active ability and what you’ll have is a decent gun-based Tank Destroyer that will be deadly at long distances. We hope you’ll enjoy it and, as always:

In Development: Rise of the Dragon Path