Much like the OF-40 was the first post-war tank designed and mass-produced in Italy, the Palmaria self-propelled gun was the first mechanized artillery piece. They both have a lot in common, in fact. 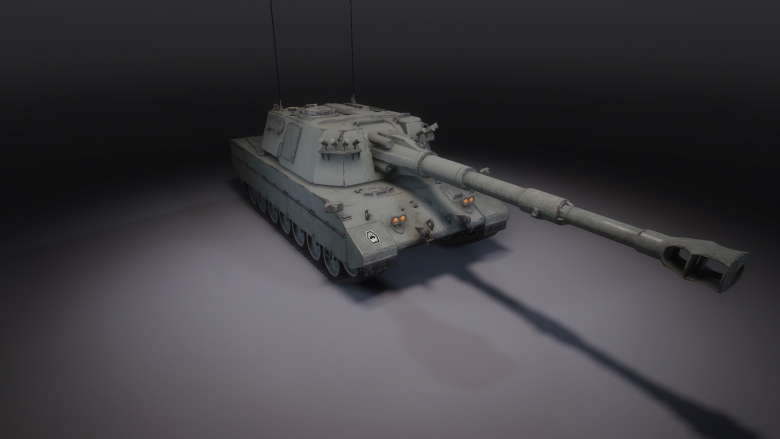 For one, both were developed roughly in parallel and for export. In the 1970s, OTO Melara and Fiat, gathering experience by license-producing the German Leopard 1 tank for Italy, wanted a bigger piece of the Italian military budget pie. After all, why should Italy pay to the Germans when the Italians could offer them a better tank? The result of this development was called “Lion” or “Leopardino” and was shown to the Italian authorities around 1975 or 1976. Sources vary, but apparently this early project left a lot to be desired and the Italians were not exactly interested.

Undeterred, OTO switched their focus and decided to further develop this tank for export. After a few attempts, they produced a prototype of a tank that became known as the OF-40 and offered it around the world to potential customers. The United Arab Emirates decided to take them up on the offer and 18 OF-40s were eventually produced and delivered by 1981.

It wasn’t exactly a stunning success compared to the hundreds of American and Soviet tanks that the third world nations were buying in bulk, but it was at least something. The OTO directors, being competent businessmen they were, decided to improve their offer by adding an armored, self-propelled gun to it. After all, if you already have tanks, you surely could use self-propelled guns, especially those that used similar components – maintenance is always one of the critical factors. Another is gun caliber – with the world basically split between Soviet 152mm and NATO 155mm, the Italians chose the latter because they already had guns of that caliber developed and a lot of experience in it – and if the customer happened to need that kind of ammunition, long-term contracts are always good for business.

The result of this endeavor was the Palmaria self-propelled gun. It was partially developed alongside the OF-40 MBT with its prototype finished in 1981, by the time the OF-40 production run was ending. The name came from the island of Palmaria, located in the La Spezia gulf (La Spezia was the seat of OTO Melara).

The Palmaria consisted of a modified OF-40 hull with a new OTOBREDA turret, armed with a long OTO Melara 155mm Obice da 155/39 howitzer (barrel length was 39 calibers, although some sources state 41 calibers). The turret was fully traversable (the drive was hydraulic with its own independent propulsion), the gun could depress to -4 degrees and elevate to +70 degrees. Its maximum range (using standard high-explosive ammunition) was 24.7 kilometers, but it could be augmented by using rocket-assisted projectiles. Other shells fired included illumination rounds and smoke rounds. The gun was automatically loaded and the average rate of fire was 4 rounds per minute during intensive action but was, according to some sources, capable of firing three round bursts. Average sustainable rate of fire was 3 rounds per minute.

The vehicle had a crew of five. Empty, it weighed 43 tons but its combat weight was 46 tons. It was powered by the German 750hp MTU MB 837 Ea-500 turbocharged 8-cylinder diesel engine, allowing it to go as fast as 60 km/h on hard surfaces. With its power-to-weight ratio of 16.3 hp/t, it wasn’t the most agile or fastest artillery piece around, but its mobility was more than sufficient. The vehicle could carry 800 liters of fuel and its maximum range with full fuel tank was 600 km.

Its protection levels were – as one might expect – quite low. The hull was quite durable and was made of steel, but the turret was made of quite thin aluminum to keep the weight low. The vehicle was essentially only protected against small arms bullets and small-to-mid caliber artillery shrapnel, but anything heavier went through its unsloped turret front and sides. The only crew member who was protected better was the driver in the steel hull. Luckily, the crew could use the twin smoke grenade launchers to provide some cover as the vehicle bailed out. The vehicle was also equipped with an NBC protection system and an automatic fire extinguisher.

The prototype was first shown to the representatives of the United Arab Emirates, but they weren’t quite interested. The reason for that is not officially known, although it’s suspected that the Arabs weren’t exactly happy with the OF-40 (which led to the eventual upgrade to OF-40 Mk.2) and weren’t keen on adopting another Italian “quality product.” Someone else, however, was. Two customers appeared in 1982 – Libya and Nigeria. 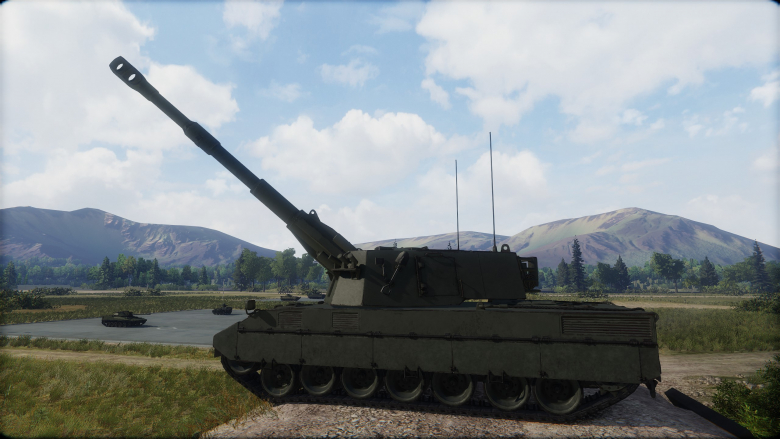 Libya was a pariah country back then and it’s generally unclear how did Colonel Kaddafi’s forces get their hands on those vehicles. In 1982, around 200 were ordered (some source claim 210), but the details of that deal remain unclear to this day. 160 were reported operational by 2007 and they participated in the Libyan Civil War that led to Kaddafi’s death and the plunge of the country into chaos. It’s unknown whether any remain operational; most are believed to have been destroyed by western airplanes or during the war in general, but some are believed to still be in service (in service to whom is another question).

Nigeria ordered 25 vehicles in 1982 and they are also still in service. Both Nigerian and Libyan armies had many things in common, such as poor levels of training and motley equipment acquired from whoever was willing to sell, making the Italian artillery an odd choice indeed.

The final customer of sorts was Argentina in 1986 – they ordered turrets only and had them installed on modified TAM tank chassis to produce a rather unique version of the Palmaria. And that was the end of Palmaria sales. The vehicle was offered for years until the early 2000s, but no other customer was interested and the final production reached estimated 200 vehicles in total, which is ironically 10 times more than the OF-40 MBT it was supposed to complement.

In Armored Warfare, the Palmaria is a Tier 7 Self-Propelled Gun. As such, it is currently restricted to the PvE mode. It’s an interesting and relatively mobile vehicle – while it cannot fire in bursts, its gun is quite accurate and deadly, allowing the players to score well in fast-paced matches.

Vehicles in Focus: OF-40

Introducing the Tier 4 OF-40 Main Battle Tank, which is now available in the Open Beta phase of Armored Warfare testing