The M60 series of vehicles is the last of the long line of Patton tanks, which have served in various forms from the late 1940s to this day. In Armored Warfare, it is separated into the Tier 3 M60 MBT, Tier 4 M60A2 Starship and Tier 5 M60A3. 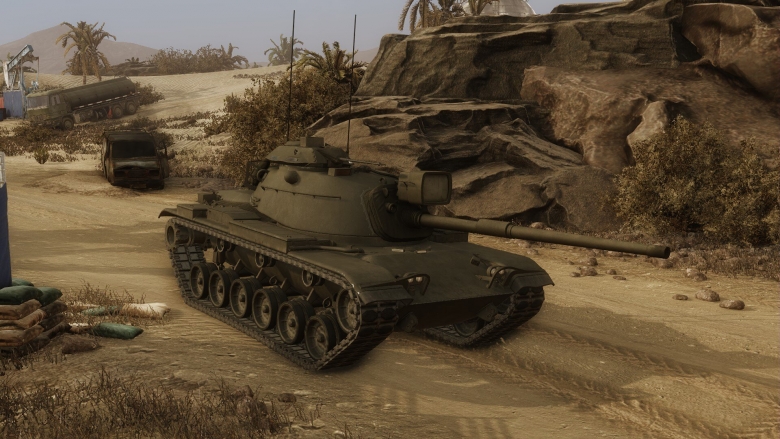 M60 series development began with the need to upgrade the M48 tank series in two areas:

It wasn’t the initial or only plan for such an upgrade. Earlier, the 90mm Gun Tank T95 and its numerous variants were conceived to do just that. The project was too ambitious and didn’t go through because it required (expensive and long) development of a large number of brand-new components. The research was not lost, but passed on to the Patton upgrade programs, as we will see later on.

One idea to improve the operational range of the Patton was to replace the older, fuel-thirsty AV-1790 series gasoline engine with a diesel. This concept went back to 1954, when the AVDS-1790 series diesel development began. While the use of a diesel engine did promise to significantly improve the fuel economy, the U.S. Army did not permit the use of diesel fuel in tanks until June 1958 for logistics reasons. Nevertheless, the first supercharged AVDS-1790 diesel prototype was tested successfully on a T48E2 tank in 1957 with fuel economy improving by a whopping 60 percent. 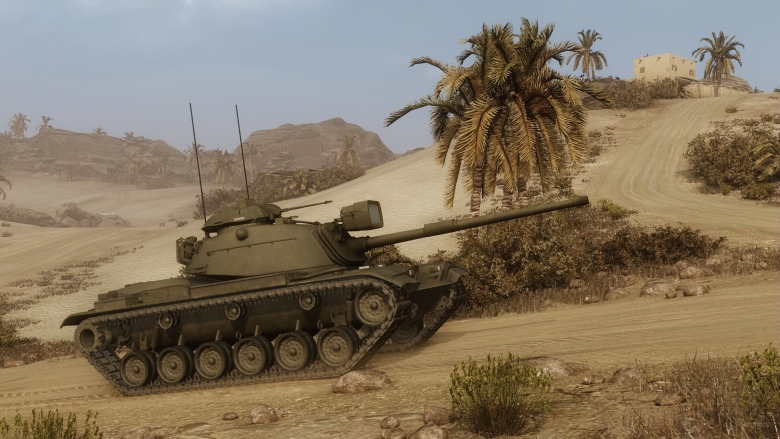 In the U.S. military, the end of the 1950s was a time of vigorous debates over the future of American tank development and, more importantly, procurement. There were a number of parties involved and the discussion was quite complex, but the main conclusion was that the then-developed T95 tank was simply in too early a development stage to produce it anytime soon. This is why – once again – the U.S. military had to resort to upgrading the Patton as an interim solution, which would, ironically, last until the Abrams entered service.

The decision to launch an extensive M48A2 upgrade program was finally made in May 1958. This, as mentioned above, would be an interim tank with a new MBT (equipped with guided missiles and radiological protection) to come later on. The program was designated XM60 in June 1958. The XM designation marked a departure from the previous system where experimental tanks had been marked with T rather than M (T48 was a prototype for the M48 for example). Service models would now be designated just like the prototype, but with the X removed. The vehicle was also called XM60 (and not M48A3) to represent a major step away from the M48. 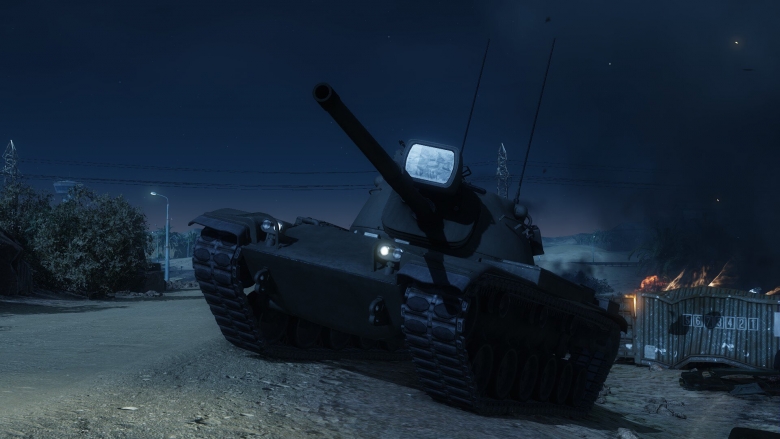 Initial proposals for the XM60 modifications to the M48A2 included:

There were several contenders for the main gun upgrade, some of which had been previously tested during the T95 program. These included:

A series of comparative tests was conducted in Aberdeen in October 1958 to select the right armament for the tank. A variant of the T254 series (T254E2) came out the winner. The 90mm M41 represented no improvement, the 90mm smoothbore was firing all over the place, the X15E8 was a foreign weapon without an improvement over the T254E2 and the 120mm gun used separate ammunition, making its rate of fire quite low. 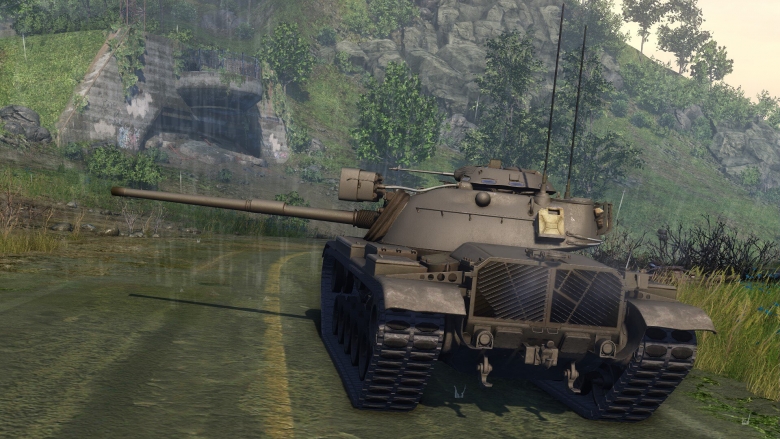 The T254E2 (later standardized under the designation M68) used a barrel that was compatible with the L7, but had a different bore evacuator and breech mechanism. The gun was initially fitted with a modified M48A2 fire control system with a more advanced FCS (with xenon searchlight and IR sights) scheduled to come later.

For the early XM60, the gun was to be installed into the M48A2 turret because the preferred (and better armored due to its sleek design) T95 series turret was not readily available for production. The issues with the original commander cupola however did lead to the addition of the experimental T9 design that gave the M60 turrets their signature sharp cupola look. The standard production cupola was the M19.

The composite armor requirement was cancelled quite early on, as it was both costly and delayed production. The M60 series would have steel armor only. The hull was cast, but the typical M48 elliptic frontal plate edge disappeared – this change was originally made as a preparation for siliceous core introduction. That never happened but the straight frontal armor edge stayed. 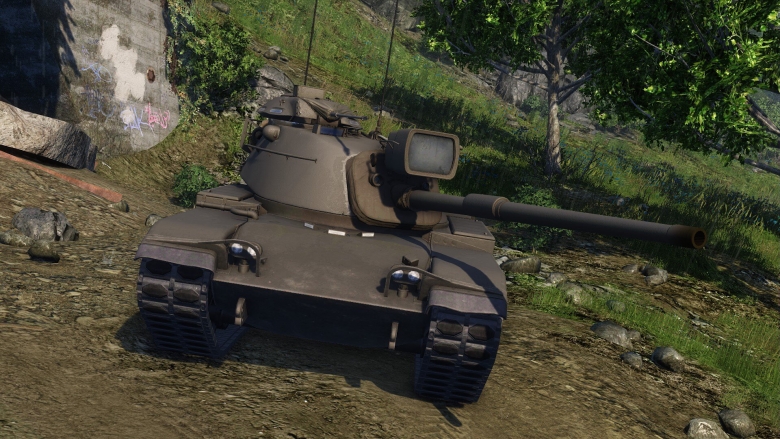 The armor thickness of the early M60 was as follows. 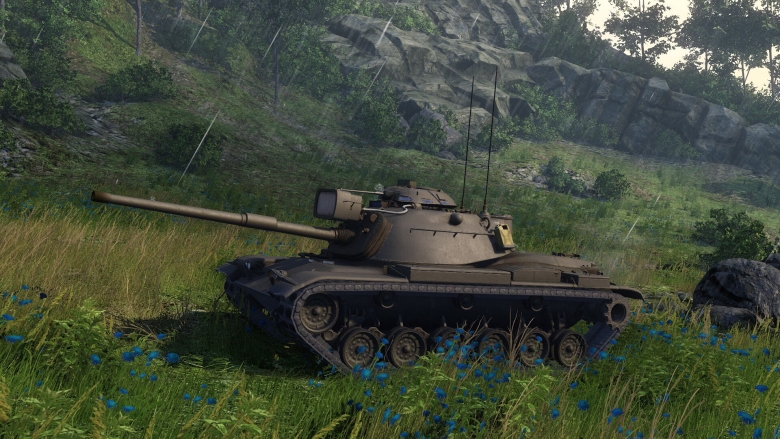 The brass must have been impressed with the concept, because the vehicle was ordered into mass production in December 1958 (before an actual prototype was built) with Chrysler being selected once again as the manufacturer. In March 1959, the vehicle received its standard military designation: 105mm Gun Full Tracked Combat Tank M60.

Four prototypes were built between July and October 1959 and submitted to series of tests, which were passed successfully (with some adjustments made). After that, it was considered fit for troop use, although the first 15 tanks (as well as the prototypes) did not have sufficient ballistic protection and were set aside for training only.

The first 360 M60 tanks were built in the Chrysler plant in Delaware. After that, production was moved to Detroit Tank Arsenal, where it continued until October 1962. The total number of the initial M60 model produced was 2205 vehicles. After October 1962, production was switched to a more advanced model - the M60A1. 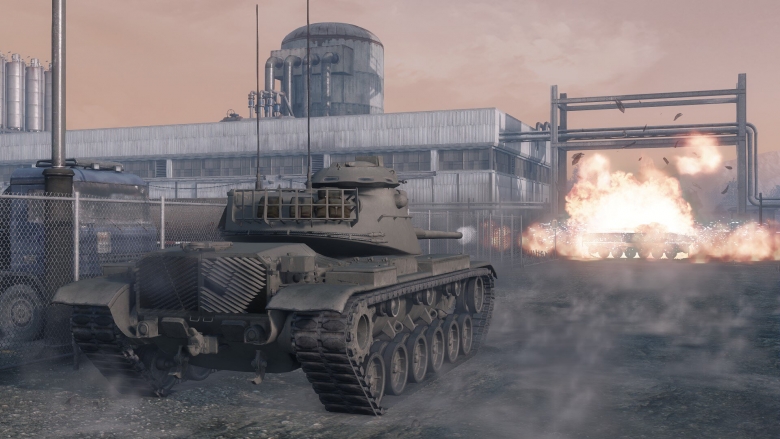 The early M60s were only used by the U.S. Army. They were deployed in Europe from December 1960. They were not used in combat, but that changed with the arrival of the M60A1.

The M60 will continue in the Patton tradition as a sufficiently mobile and protected American MBTs with good firepower for its tier, which are, most importantly, comfortable to play thanks to their gun depression. More information about the changes coming to the M60 as well as other vehicles will be unveiled soon!