Welcome to the third part of our developer diary series, in which we explain the changes that will take place in Update 0.33. In the two previous installments, we discussed how we need to address power creep and our vision for the upcoming vehicle roles. Both articles were a little bit vague, but necessary in order to establish the foundations on which the upcoming changes are built. But, today, we’ll start getting more into the specifics.

One of the most discussed topics after the publication of the last part was the impact of all these changes on the PvE modes that are available in the game. Let us address this concern head on: We’ll make sure PvE stays fun due to a combination of adjustments that we are planning. After all, nobody says the AI vehicles have to have the same characteristics as players and other changes to AI opponents are still in the production pipeline. 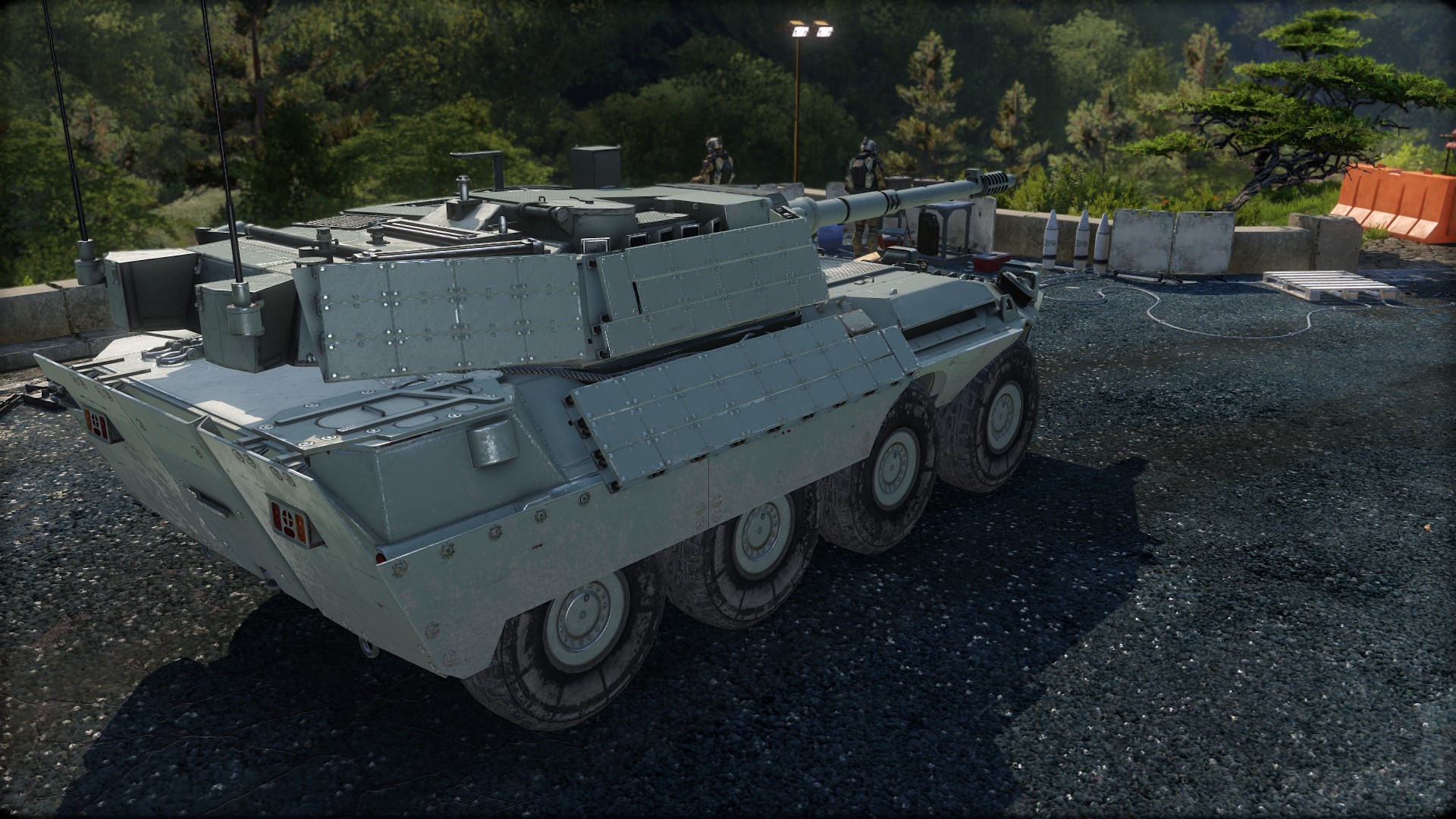 Another concern of yours was the sufficiency of MBT armor in first line combat in general. Rest assured that this too will be addressed during the changes. But one element (that will actually affect all vehicles, not just Tier 7-10) that will definitely play a role in addressing both of these concerns will be the upcoming Explosive Reactive Armor mechanic overhaul.

Here’s what we are planning.

As you know, Explosive Reactive Armor consists of a metallic shell (in most cases anyway) and an explosive filler. When hit, the explosive blow up the frontal plate of an ERA module against the projectile, disrupting HEAT ammo jets and affecting even kinetic ammunition. ERA armor consists of typically brick-shaped elements and gets destroyed upon shell impact.

In Update 0.33, each ERA element will consist of:

Armored casing will protect the ERA element from machinegun fire or even autocannons (depending on how advanced the ERA set is). This is due to the fact that with the appearance of machineguns in the game, the tactic of switching to a machinegun and then destroying the entire enemy ERA set in seconds became too prevalent. That way, the ERA would not survive to protect the tank against the threats it was intended against (ATGMs and HEAT rounds). While this is primarily a PvP considerations, having AI opponents rake your armor with autocannon fire yielded the same results.

Please note that while this may sound like a normal armor check, it is not – it doesn’t take the ERA angle into account, only the actual penetration roll.

If the armor of the casing is penetrated, the filler explodes. In game terms, the penetration of this shell will be first reduced by the armored casing thickness and this resulting penetration number will be then reduced by a certain percentage depending on the shell type and ERA effectiveness. This number will also be affected by the shell’s impact angle. The sharper the angle is, the higher the penetration reduction (this will start playing a role at 40 degrees impact angle or sharper). 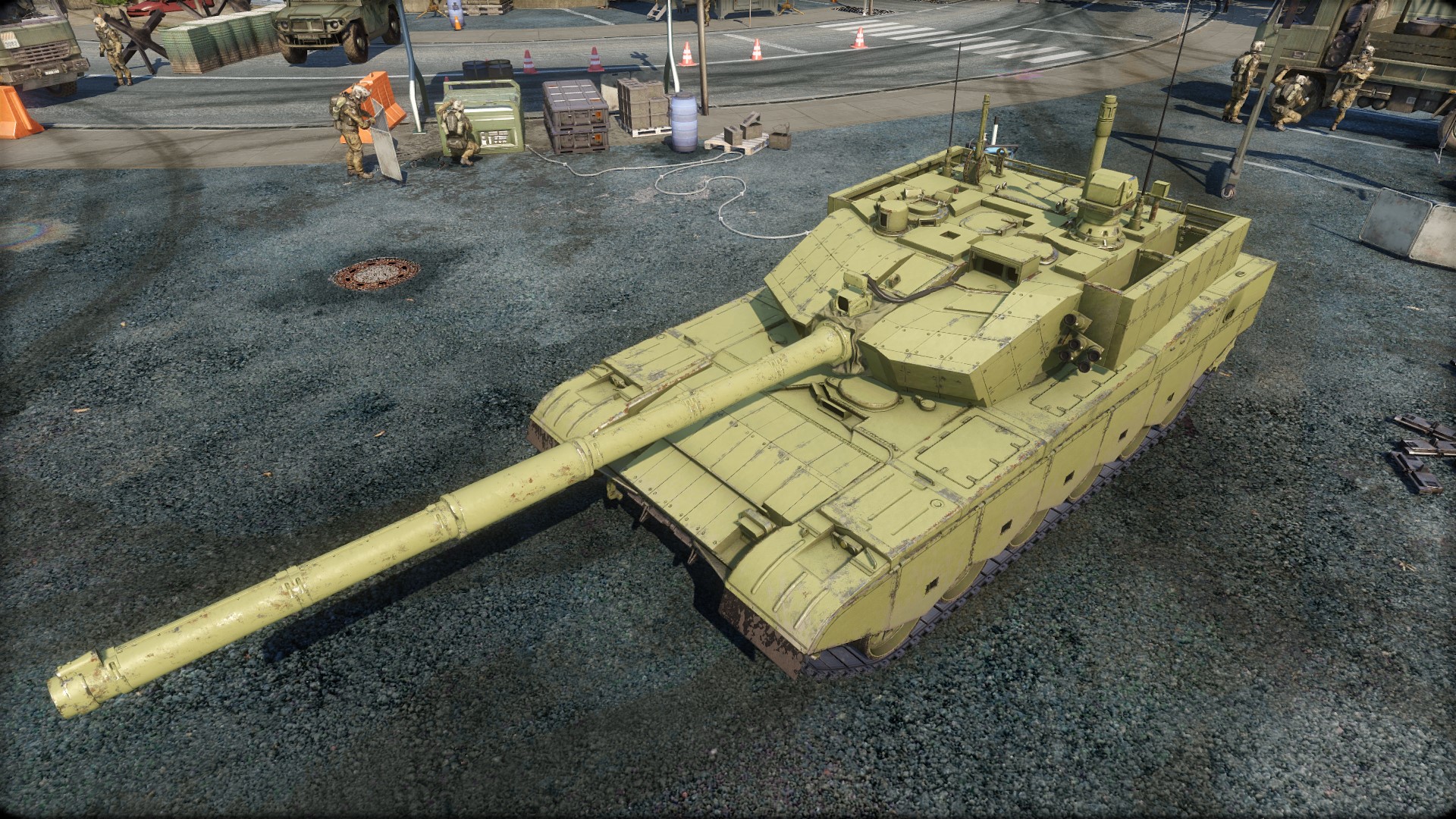 Additionally, ERA elements will have their own hitpoint pool so even if a round penetrates, it may simply damage the ERA (not triggering an explosion) if the shell’s damage is lower than the amount of remaining ERA element hitpoints. The hitpoint count will, however, be lower than on the vehicles equipped with NERA.

So, in summation, what will happen if a projectile hits an ERA element?

The effectiveness of ERA will depend on its generation. There will be four ERA generations present in Armored Warfare (each ERA set will have its generation listed in its description):

These are the early ERA sets that appear on Tiers 6 and below. 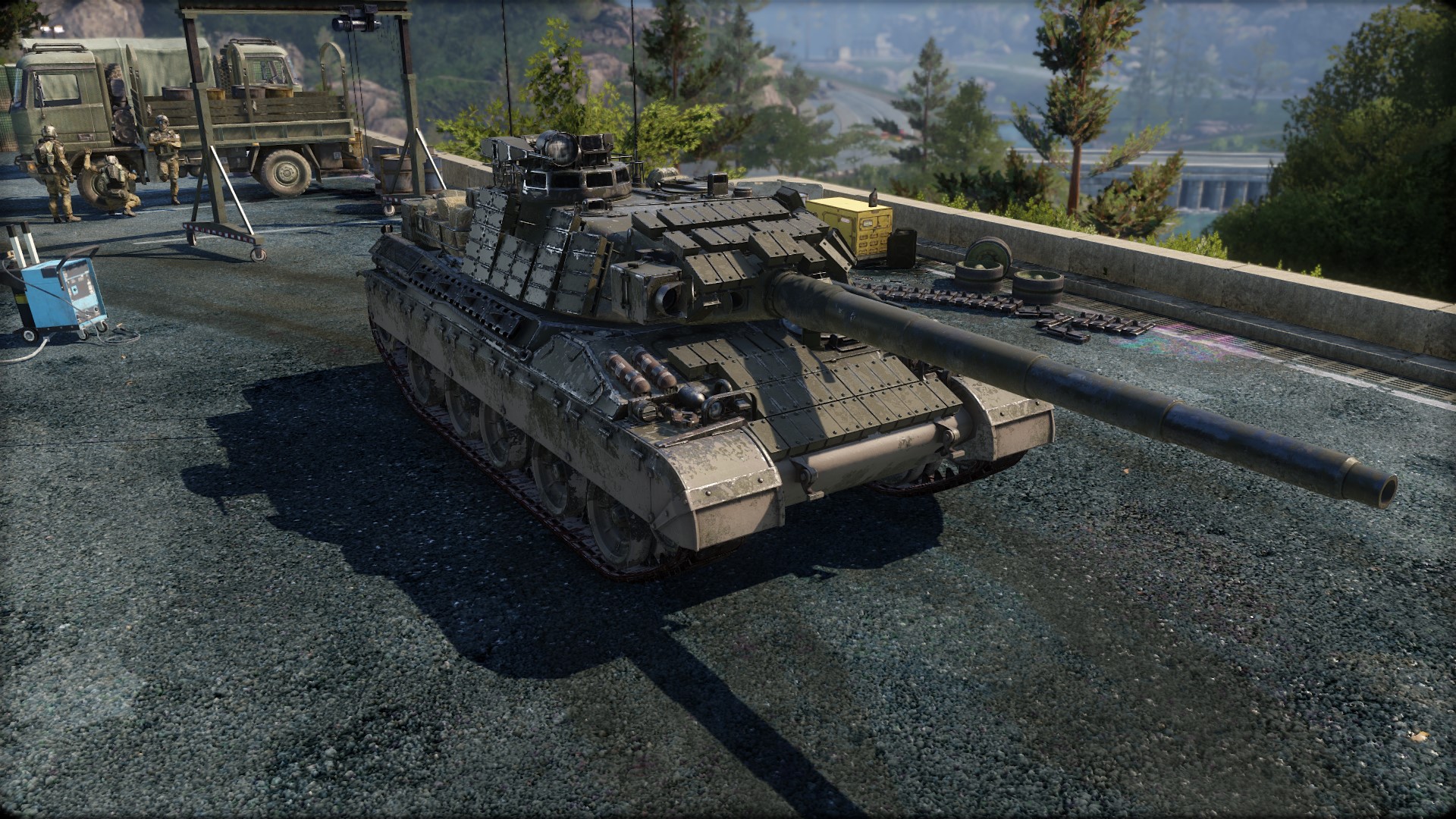 They represent fairly rudimentary designs and offer the following protection:

First generation ERA examples include the Blazer and Kontakt-1 systems.

Second Generation ERA is what you currently see on various service tanks and appears on Tiers 6-8. 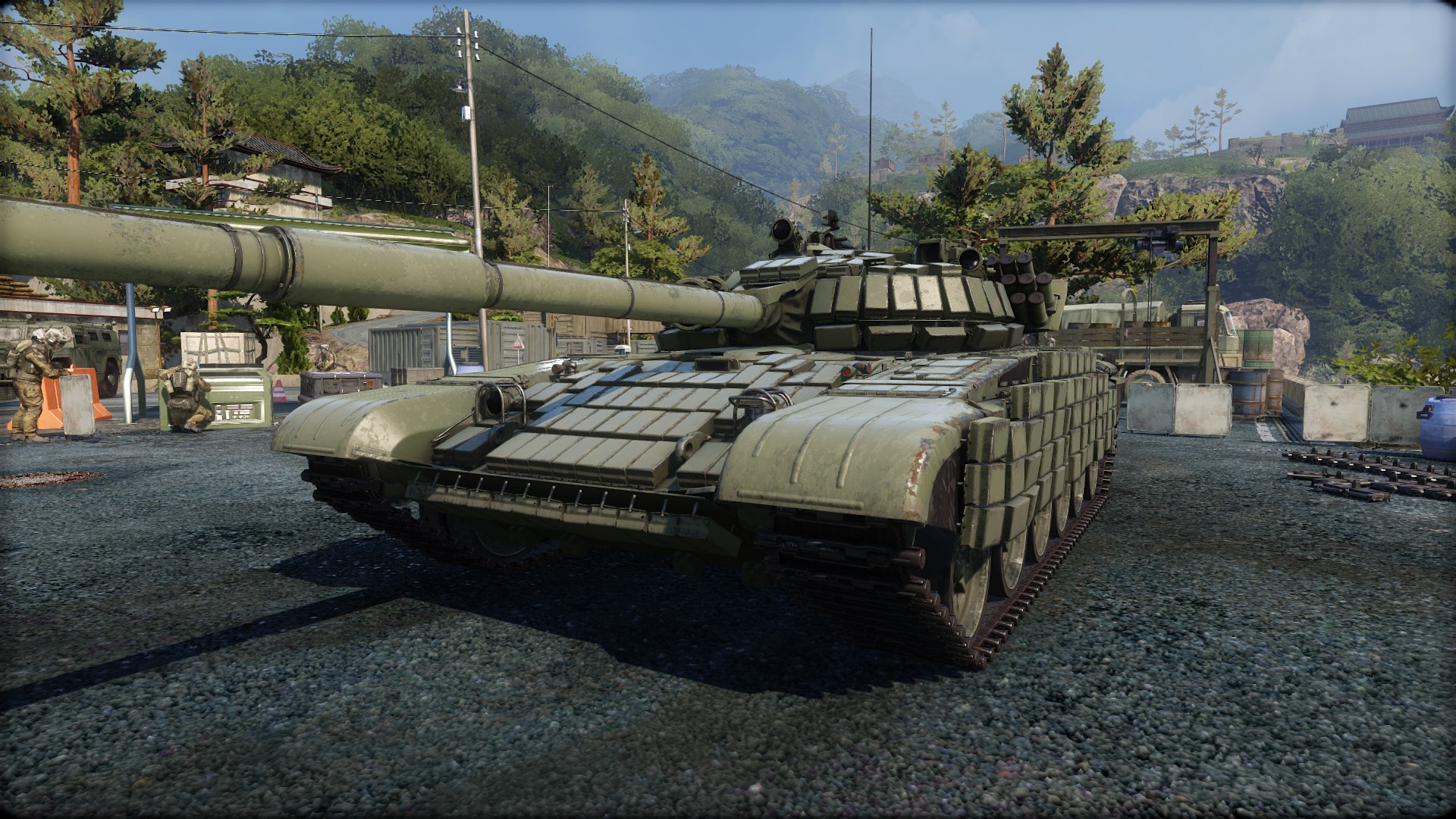 These sets offer the following protection:

Third Generation ERA is the current cutting edge technology and appears on Tiers 8-10. 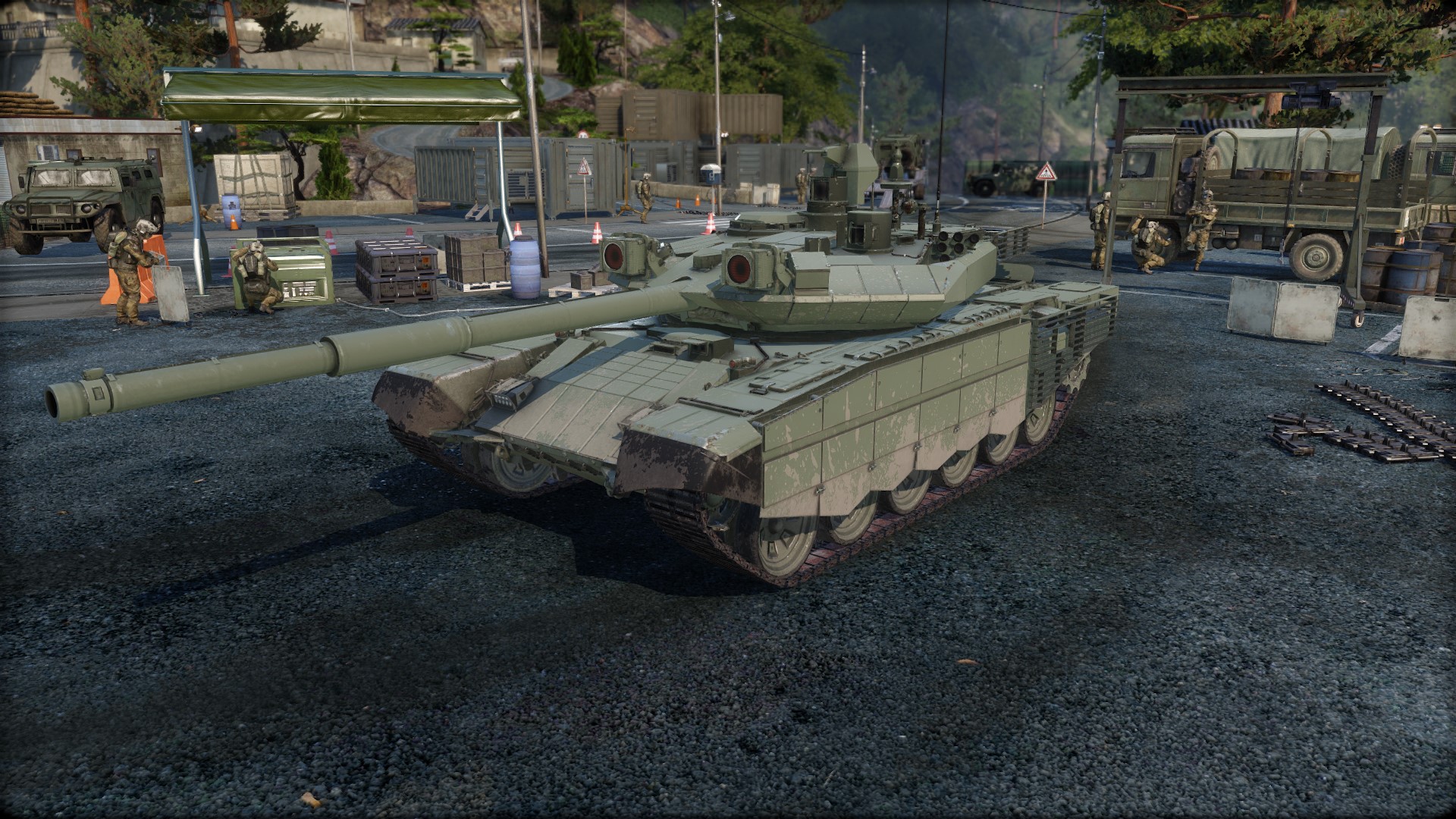 These sets offer the following protection:

Third generation ERA examples include the ARAT-2 and Relikt systems and pretty much everything else on the abovementioned Tiers, with some exceptions. Oplot’s Duplet armor will belong to this generation while retaining its “twin layer” special properties.

This generation represents either current cutting edge or fictional armor Tier, introduced for the sake of balance. Only two sets of armor will belong to this Generation, Armata’s Malakhit and XM1A3’s special ARAT set.

As you can imagine, the protection offered by this armor will be substantial:

With that being said, there are a few important things to keep in mind:

At the end of the day, the numbers above only serve as examples of what we are aiming towards and we’ll be reviewing each ERA kit individually (for example, the partial Relikt armor found on older BMPT models will perform worse than the one on the BMPT-72) to make sure that they do not end up overperforming. Likewise, we will pay special attention to the MBTs that do not have any frontal ERA, such as the Abrams tanks, to make sure that they do not suffer in this new system. 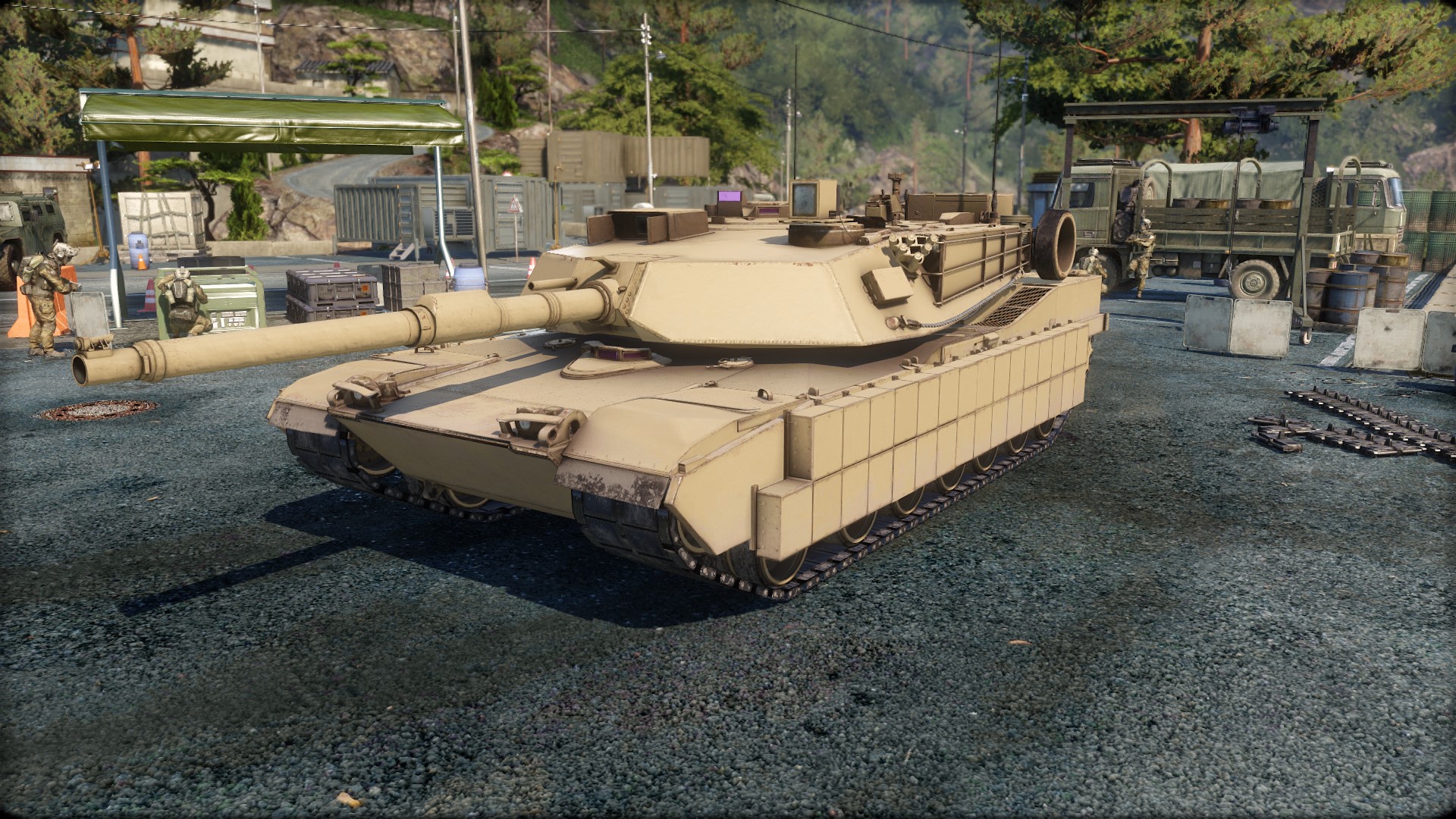 Now, as for how this system will change the actual gameplay, this was disclosed in the previous article. When fighting each other, two MBTs are expected to fire at areas not covered by Explosive Reactive Armor (or other extra armor types, for that matter) at close ranges. At mid-ranges, they will be expected to fire at weaker areas (such as Russian MBT lower frontal plates) and at long ranges... well, you won’t be expected to fight other MBTs in an MBT at long ranges. At lower and mid Tiers (where ATGMs start to become a thing), ERA kits will boost the ability of the MBT class to lead the charge – yes, even against the dreaded Swingfire ATGMs in PvE.

As for the PvE mode specifically, as we announced before, we already introduced some aiming mechanism changes and are planning to take further steps to improve AI behavior, some of which are described in this article but didn’t make it into the game yet. The AI opponents won’t be automatically aiming at your weakspots, which means that your armor will be able to take more punishment in general, especially against HEAT rounds and ATGMs, which, we are sure you will agree, is a good thing to have.

There will also be some changes addressing the PvE situation indirectly, like adding more vehicles to the AI pool (which, in turn, will reduce the appearance rate of vehicles many players consider toxic). But that is a story for another time.

For now, rest assured that we are reading your feedback carefully and taking it into account. Next time, we’ll be diving into even more specifics of the rebalance.

Learn more about the intended class roles for Update 0.33 and what we will be doing with them in Update 0.33