In the last article, we talked about power creep and what we would like to do with power levels in the game in general. In today’s article, we’ll tell you more about what we would like the vehicle class balance to be like, which, we believe, is very important so that the changes that we’ll be talking about later on make sense. 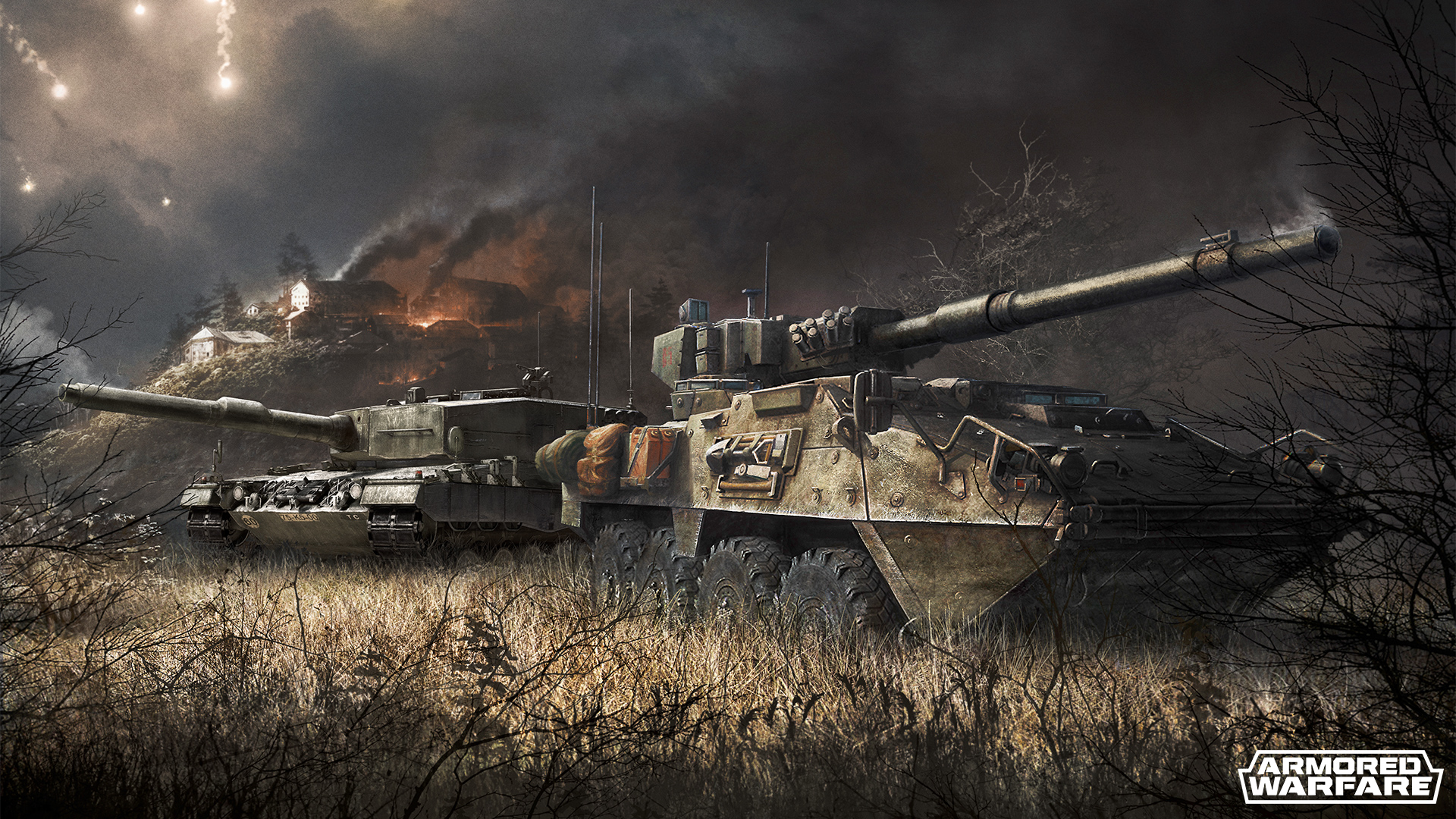 But, before we begin, we’d like to write a few words about these articles in general to make some things clear. These articles do not represent the final product. They represent a vision that we have. There will be changes along the way, that’s something we can guarantee because it’s an evolving process. For example, the last article didn’t mention some topics clearly, such as the Tier 6 and Tier 7 interaction, which we want to make smoother. So, please read the following lines with open minds and remember that it’s all still work in progress.

With that being said, let’s get to it.

Before we started considering the impact of each separate class, we’ve decided on a couple of goals for the whole project:

The last point is closely tied to the success of the 2018-2019 plans to improve low-Tier gameplay in order to make it more dynamic. Since the plan had been positively accepted, we started to introduce some quite dynamic vehicles over the last two years, all of which were more or less received. We’d like to achieve the same fun gameplay on higher Tiers.

Here’s how this plan translates to specific classes:

One of the top problems of today’s balance of top Tiers is the performance of all Main Battle Tanks. Simply put, the MBT class is pretty much the best at everything. It not only has the thickest armor by far, but also a lot of firepower, good mobility and, most importantly, excellent spotting abilities. The last point is especially important because while the Tank Destroyer class is somewhat “safe” with its excellent damage output, the MBTs have been pushing Light Tanks and other scouts “out of business” because the gap between the scouting abilities of dedicated scouts and MBTs became too narrow for the scouts to really have their own niche.

The same goes, to a smaller extent, for the MBT damage output, speed and, in some cases, maneuverability. As you can imagine, this is not really intended and has to be addressed in order to make the role of each class more prominent.

As the most popular class in the game, the Main Battle Tank class will form the baseline of the upcoming balance changes, so let’s discuss that one first.

Long story short, we want the Main Battle Tanks to be the real frontline fighters of Armored Warfare. They should always find themselves first in the fight with their specialty being close-to-mid-range combat. Of all the vehicles in the game, they should have the highest protection levels, as befits this role – and not just their armor, but also other systems such as soft-kill and hard-kill APS, ERA, NERA, the best smoke grenade launchers, the most hitpoints and so on, but without resorting to what’s commonly known amongst the players of Armored Warfare as “pixel hunting.”

“Pixel hunting” is a mechanic where heavily armored targets have only very small (and often illogically placed) weakspots, which means that you have to carefully “scan” the front of the target to aim at those few tiny pixels where your reticle turns green. This is extremely frustrating and offers poor gameplay – in fact, one of the main reasons behind Update 0.19 so long ago was the removal of this effect and we definitely will not return to it. Instead, we’ll be changing the ERA mechanics significantly for them to favor the MBT class more while generally making ERA more useful for everyone.

Firepower-wise, we’ll be aiming at making the MBTs effective at short to medium ranges. The obvious question here is, however, what should we do with the long ranges? The equally obvious answer to this question would be to reduce the MBT accuracy significantly – and that’s exactly what we don’t want to do.

Some other games do this to artificially keep the “heavies” fighting at short ranges, but in reality, the MBTs are remarkably stable and accurate platforms. So, instead, we’ll make (or keep) the MBTs very accurate, even while moving, because that’s what you love about them. Please note that some smaller tweaks may happen in the context of the general rebalance since pretty much everything else will change a bit as well. 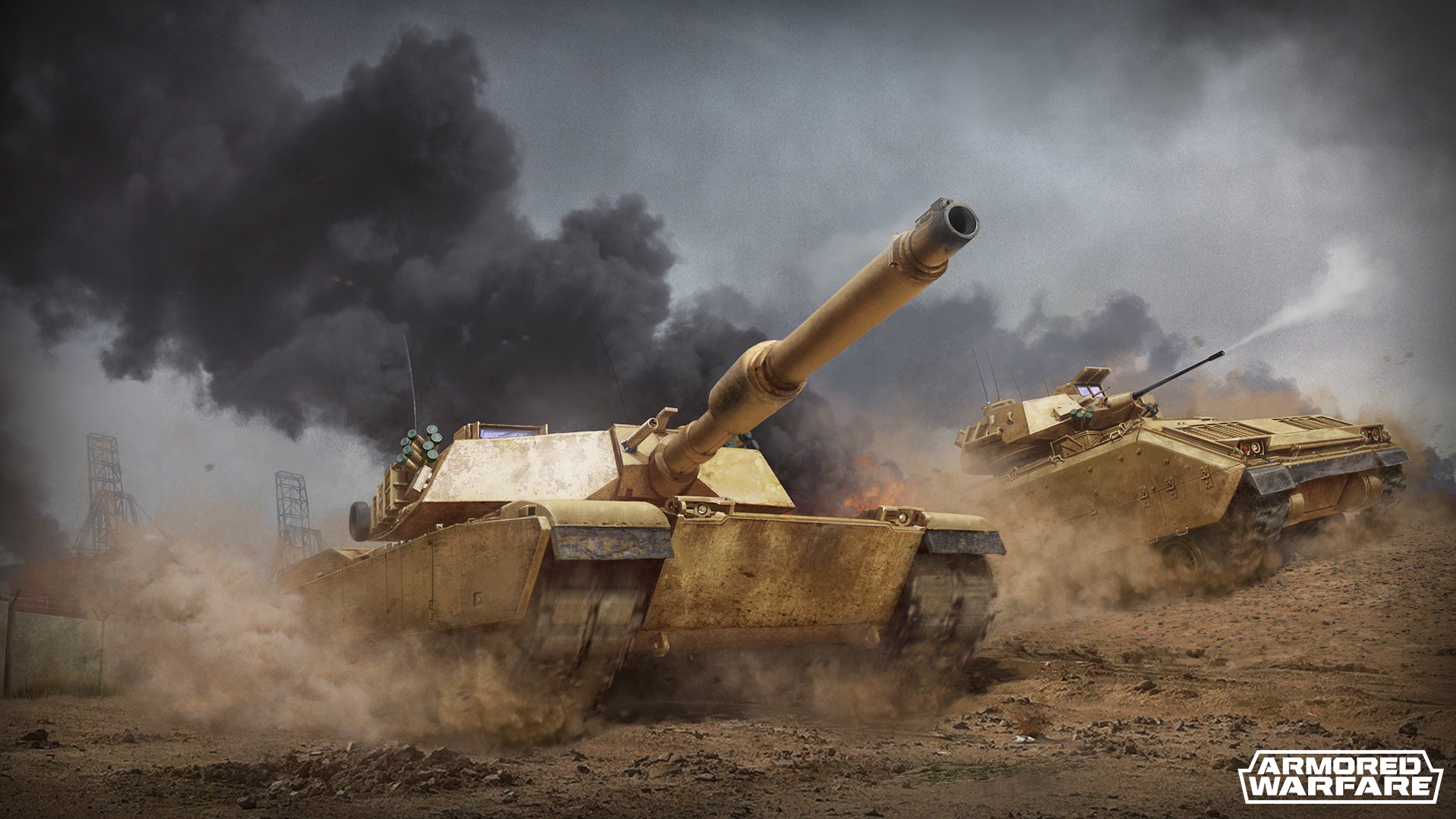 At this point, however, realism will have to offer some concessions to gameplay because, like we stated before, we definitely do not want to have one class dominate all others. That is why we’re considering making some adjustments that do not exactly match the world we live in, such as:

We’ll also be rebalancing the gun-launched ATGMs and some kinetic MBT shells will even be buffed to fit their new roles. Very roughly speaking, at close ranges, MBT APFSDS shells will be effective MBT killers while at longer ranges, they will lose their efficiency and we will be encouraging players to carefully consider their selected ammunition type.

That way, the MBTs will remain extremely deadly at close ranges without completely surpassing everyone else and all that without resorting to “pixel hunting”. When two MBTs start fighting each other, the gameplay will shift from looking for weakspots to which tank can penetrate the other at longer distances.

Another thing we truly need to do is tweak mobility, stealth and viewrange values – emphasis on tweaking, not nerfing them to the ground (some slower players seem to like to use these interchangeably). The MBT class will not be incredibly slow, nor will it be totally blind. Each such change will be very carefully considered and fine-tuned.

In summation, what we’ll have is a class that’s very effective up close – in fact, any head to head combat between a MBT and another class of the same Tier will very likely end in MBT’s favor – you shouldn’t be able to trade damage with an MBT in a LT and expect a victory. The MBT class will be very accurate, well protected and adequately mobile at the cost of some spotting abilities and stealth, the way they should have been all along. Last but not least, the changes described above definitely do not mean that all MBTs will play the same. There will still be a lot of diversity within the class itself (especially when it comes to armor values), but, to be clear:

And so on. Having the baseline established, let us move to other classes.

Tank Destroyers will be, as they should, the nemesis of Main Battle Tanks. Their intended role won’t change much – they will be the snipers of Armored Warfare:

Missile Tank Destroyers will also carry the best missiles available in the game.

Light Tanks will be the flankers and second line support vehicles of Armored Warfare. What this means is:

So, again, the class will (intention-wise) remain roughly the same as it is now.

And, finally, the Armored Fighting Vehicles will also stay the same with their intention being spotting or fire support (especially via Mechanized Infantry). In short, these will be the fastest, most agile and stealthiest class, but also the most vulnerable one (much like Tank Destroyers, only without the long-range capabilities). We are generally aiming towards improving their usefulness for the entire team by the means of possible new mechanics that we are currently considering. 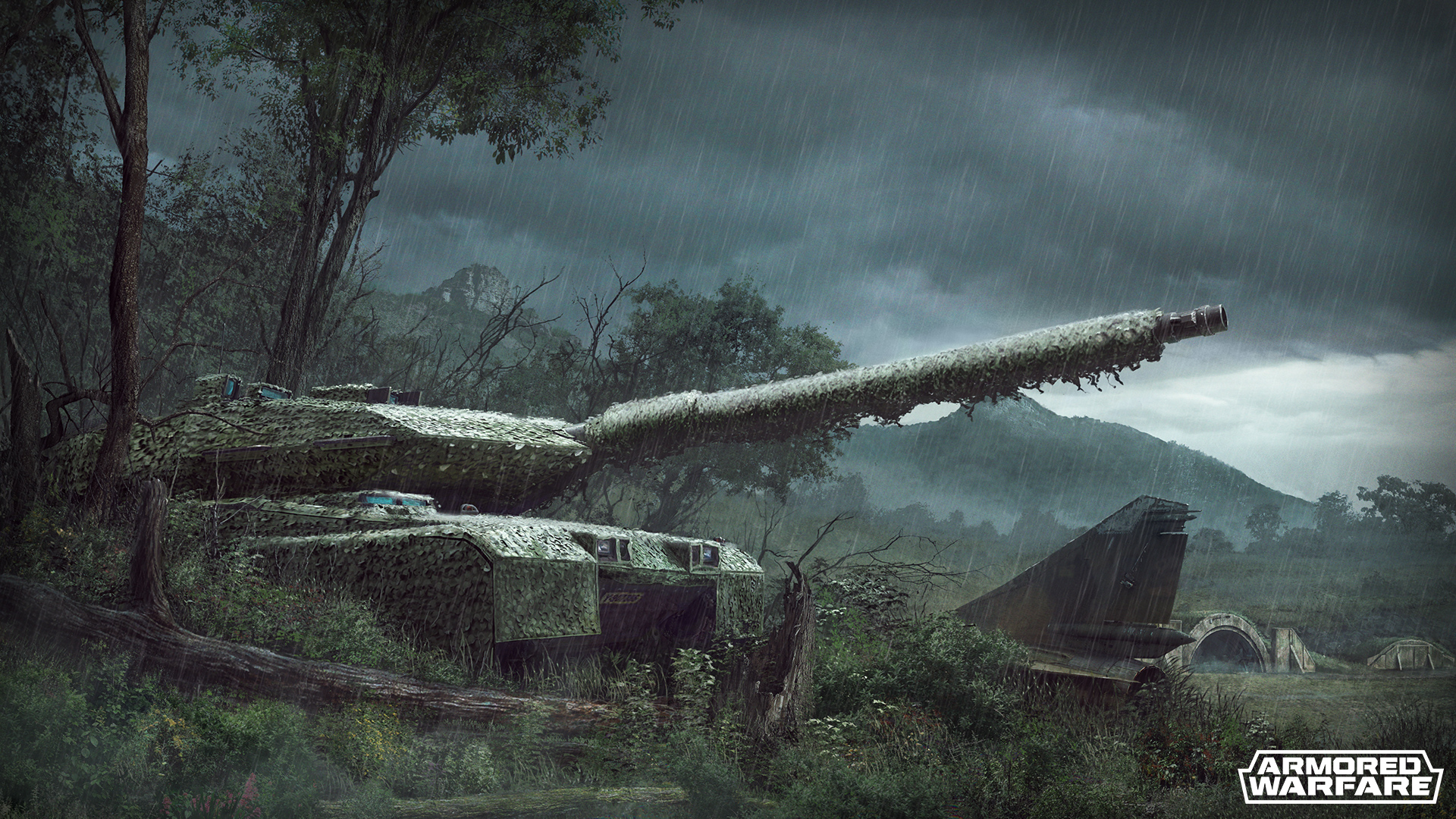 As you can already see, the abovementioned class definitions don’t really fit all vehicles in the game. The Leopard 1 MBT is more like a Light Tank, the Terminators are not unarmored and effectively represent a class of the own. We’re still considering how to address these discrepancies. Internally, we had an idea for multi-classes (MBT/LT for example) and some vehicles may switch to a different class, but this all is something that we’re still thinking about.

Now, with all that being said, there’s one more thing that needs to be made clear. Like we explained in the previous Developer Diary, our goal is to make the gameplay fair and to address power creep. To that end, some weaker vehicles will be buffed, but some overperforming vehicles will be directly nerfed (as opposed to an indirect nerf, where you simply buff everything else) due to the fact that, as we also mentioned, we are already reaching the engine limits in some cases. That is how things are – without this step, we will never be able to achieve the balanced and enjoyable gameplay state that we all desire.

What is important to keep in mind is that these nerfs will be made within the power bracket system that was outlined in the previous article. Simply put, some may look scarier than they actually are, even though they may nowhere near as serious as you might believe and in some cases may be accompanied by improvements on other places.

Do not fear this change, commanders. Embrace it. The game needs it and it will be better for it in the long run, which is what we all want. That does not mean we will not listen to your feedback – the main set of changes will arrive with Update 0.33 while Update 0.34 will contain additional fine-tuning based on it. We are fully aware that only by working together will Armored Warfare be the amazing game we all deserve.

And in case the article was a little too vague for you, don't worry. In the next part of the series, we will be discussing specific mechanics changes along with examples. Stay tuned and, as always:

Learn more about the changes to the ERA mechanic and how it will affect gameplay, especially PvE