In our recent unveil article, you had the first opportunity to officially take a look at the Chinese portion of the Update 0.22 “Art of War” content. Some of the upcoming Chinese vehicles were already discussed in detail and today, we are going to continue our preview series with the upcoming ZBL-08 IFV.

During the last two decades, a major modernization of the Chinese armored forces touched every single branch of the Chinese military, including infantry. China is a large country and with the steady improvement of the communications – especially in the eastern China – the idea of a fast wheeled Infantry Fighting Vehicle offering more advanced technology than the old APCs based on Soviet designs appealed more and more to the Chinese strategists.

NORINCO was tasked with the development of such a vehicle and the result became known as the ZBL-08. As usual, precious little information is available on this vehicle in English. The ZBL name is a military designation, referring to:

The number 08 refers to the year it was accepted in service. It’s worth noting that some major sources incorrectly call it ZBL-09 based on the year it was first shown in public during the 1st of October 2009 National Day military parade celebrating the 60th anniversary of the People’s Republic of China, operated by crews belonging to the 54th Group Army from the Jinan Military Region. Other sources claim that it’s called “Snow Leopard”, although this name was most likely made up in the west, driven by the need to assign designations that make the vehicles easier to refer to.

The development likely started around the year 2000 with a prototype appearing in 2006, although this information is mostly speculative. What is most certainly not a speculation, however, is the fact that the basic platform was used for a number of versions such as thePLZ-09 Self-Propelled Gun or the ZTL-11 Fire Support Vehicle, some of which will be discussed in the upcoming articles.

The ZBL-08 is a classic wheeled 8x8 IFV, somewhat resembling the Canadian Stryker. Various sources claim different weights but the most likely combat weight of this vehicle is around 21 tons. It has a crew of three men (driver, gunner and commander) and can carry 7 men in its IFV configuration. The driver is sitting in the front of the hull on the left side, next to the engine, while the commander and the gunner are located in the turret. The troop cabin is separated from the vehicle crew and offers additional protection as well as sound isolation. 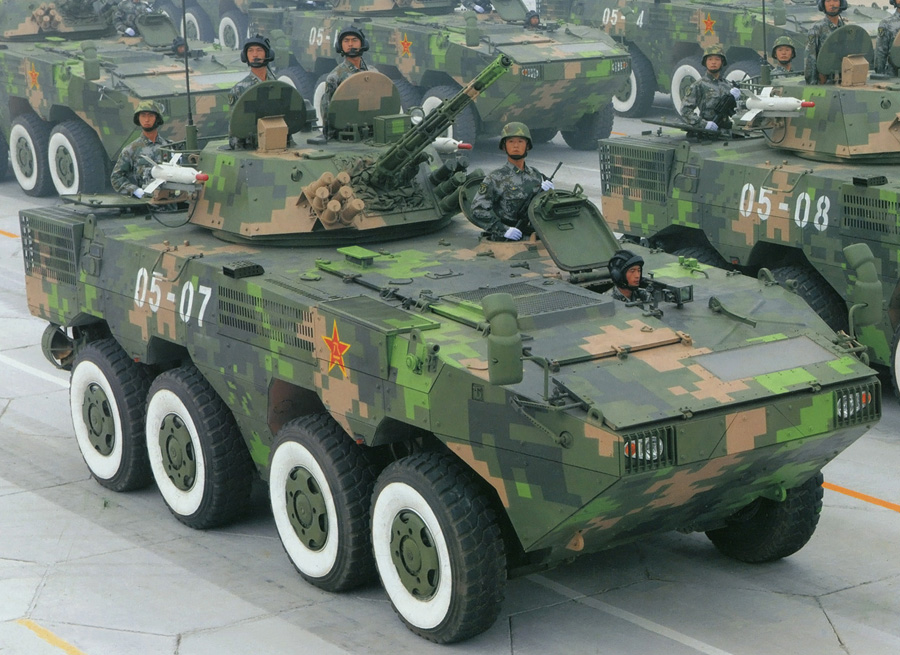 The vehicle is powered by the license produced German 440hp Deutz BF6M1015CP diesel (power to weight ratio of approximately 21 hp/t), allowing it to go as fast as 100 km/h on paved roads. This power is sent to all eight wheels (8x8 suspension), significantly increasing its off-road capabilities compared to the older Chinese wheeled vehicle models and allowing it to 40 km/h on unpaved surfaces (on average). For extreme cases, the vehicle is equipped with a central tire pressure control system (Central Tire Inflation System, CTIS), allowing it to temporarily lower the tire pressure for individual wheels. It is also amphibious and can cross calm bodies of water. The operational range is around 800km.

The protection levels of the vehicle are adequate and generally correspond to the requirements of modern battlefields. Frontally, the vehicle is protected from 23mm AP-I rounds at 1000 meters while its sides (including the troop cabin) can withstand 12.7mm AP bullets at 100 meters. The vehicle also carries:

The main weapons consist of what is basically an unlicensed copy of the Russian 30mm Shipunov 2A72 autocannon designated ZPT-99 and a modernized version HJ-73C of the older Chinese HJ-73 Red Arrow ATGM system, which itself is an improved version of the Russian Malyutka design. Both weapon systems are mounted in or on the turret. The Fire Control System of the ZBL-08 is allegedly quite advanced and the vehicle is equipped with a thermal imager. The vehicle also uses numerous electronics, connecting it to an advanced battlefield management system and GPS.

It’s worth noting that the vehicle is designed to be modular and highly customizable. Engine, transmission suspension and all the other parts of the vehicle were designed with interchangeability in mind, making it possible to adapt the platform to a wide variety of roles or to customize it depending on customer’s wishes.

As its name suggests, the vehicle likely entered Chinese service in 2008 and has since been used by the People’s Liberation Army. There are some reports that these vehicles might be organized into what is effectively a Chinese version of the American Stryker brigades, featuring multiple vehicles on the same platform. The number of vehicles built is currently unknown. 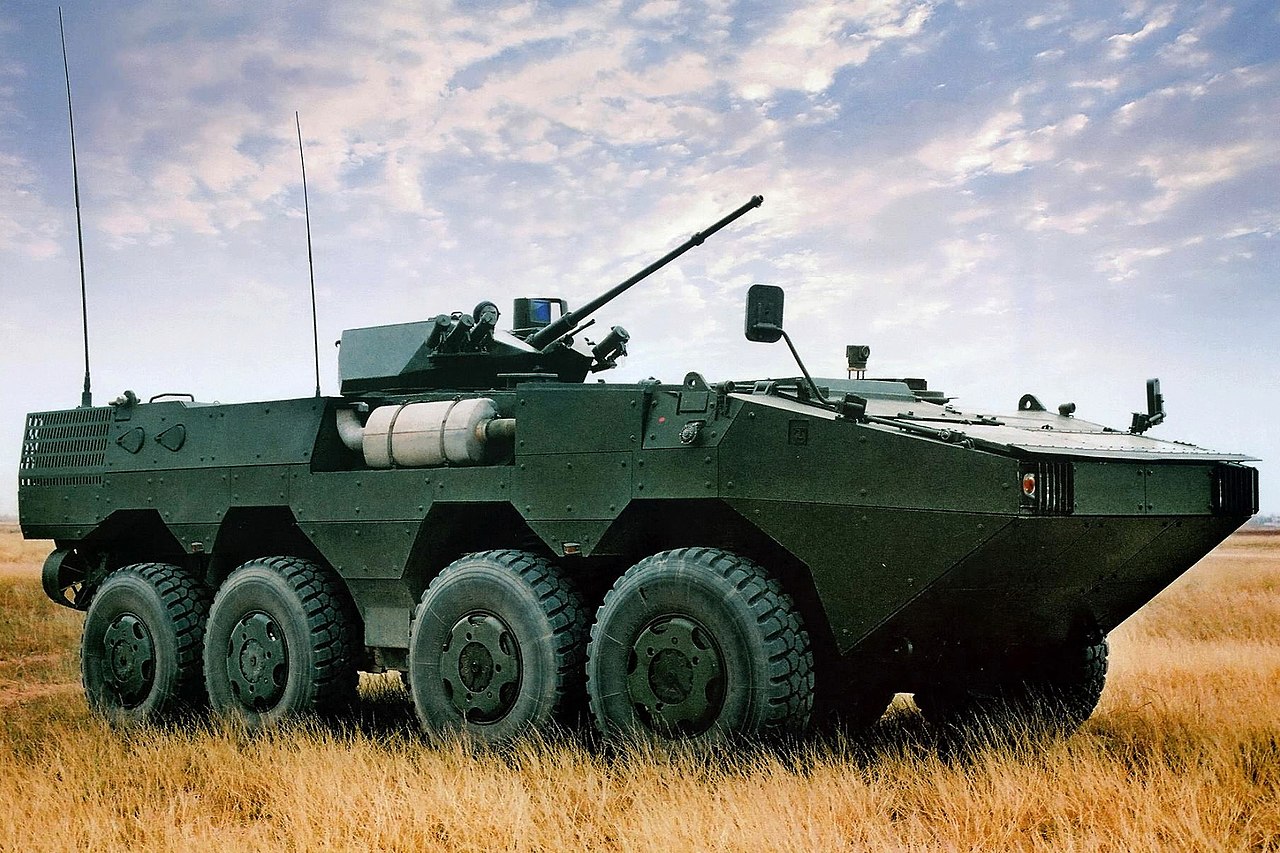 Unlike some other modern Chinese vehicles, the ZBL-08 is also offered for export under the designation of VN-1 – and successfully, it seems. For one, Venezuela purchased an unknown number of the VN1 IFVs along with some other Chinese vehicles in 2014. They entered official service in 2015. Argentina too tested the VN1s in 2014 and a deal was allegedly struck, but little other information is available regarding this deal and it’s possible it didn’t go through. Finally, Thailand allegedly purchased 34 vehicles of this type earlier this year with the delivery planned for 2020 along with other Chinese equipment, expanding the Chinese influence in the region.

Finally, two modernized export versions designated VN-1B (with and unmanned turret) and VN-1C (with a manned turret) were shown to public during the recent massive August 2017 exhibition of Chinese weapons systems by NORINCO for potential foreign customers. The results of this event are yet to be seen. 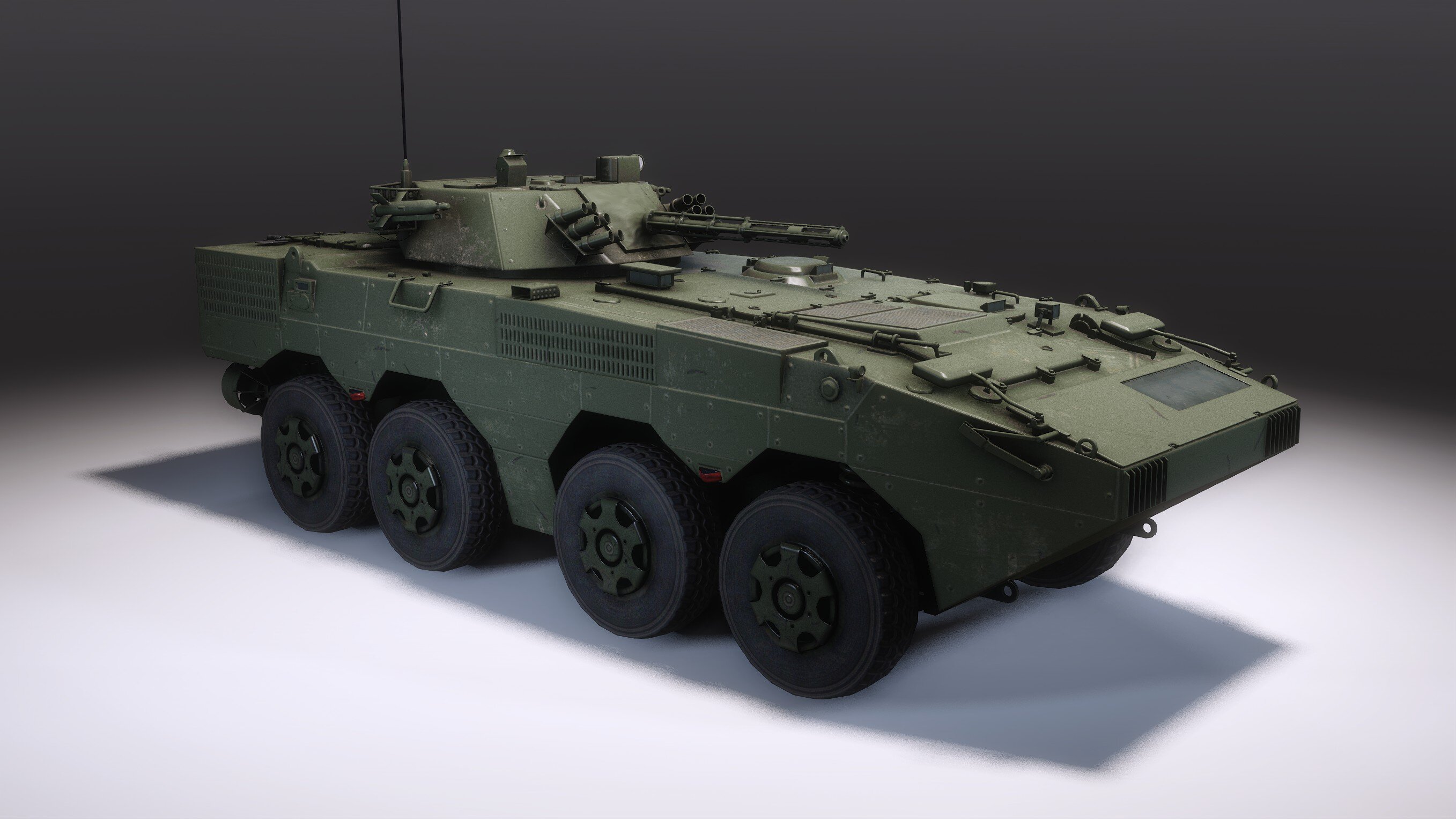 In Armored Warfare, the ZBL-08 will be a Tier 7 progression armored fighting vehicle, available via the Zhang Feng vehicle pool. Mixing solid firepower with excellent agility, it will be a nice addition to the Polish high-Tier IFVs that were introduced in Update 0.21 and an interesting alternative to the Tier 7 KTO Rosomak – with guided missiles.

In Development: Economy Changes in Update 0.22