As was discussed in our previous article regarding the PLZ-89 Self-Propelled Gun, China decided to copy the Soviet approach to self-propelled artillery by creating an equivalent to the 2S1 Gvozdika. The Russians, however, had another vehicle – a larger cousin to the 2S1, called 2S3 Akatsiya. This 152mm self-propelled gun was developed as a response to the American M109 and facing the possibility of encountering the very same enemy as they did during the Korean War, the Chinese couldn’t afford to be left behind. As a result, they designed their own take on the Akatsiya (sometimes incorrectly assumed to actually be an Akatsiya copy), called Type 83. 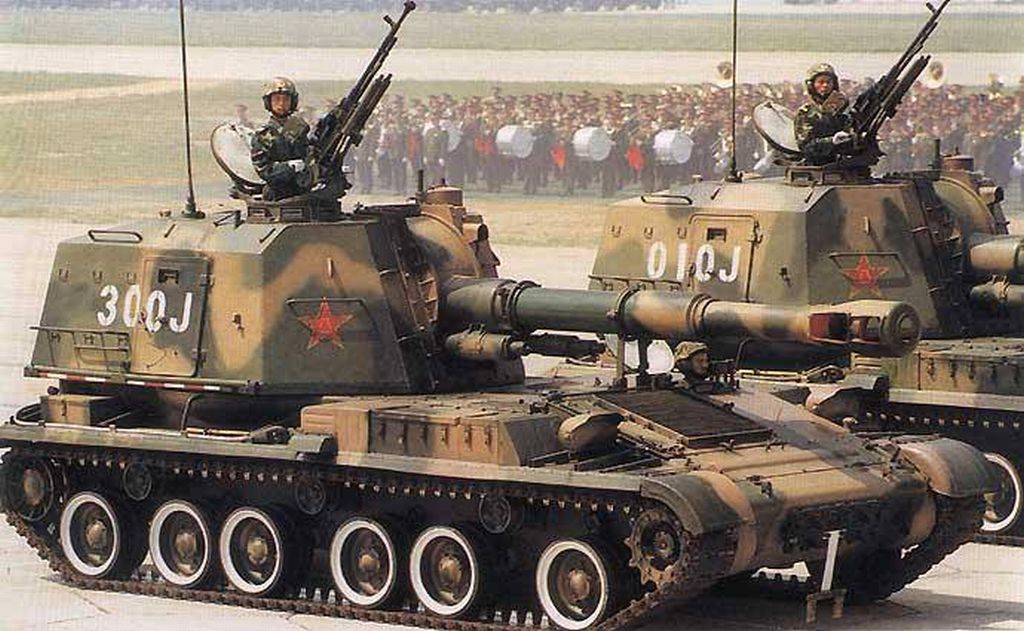 As its name suggests, the Type 83 self-propelled howitzer entered service in 1983, was produced until approximately 1990 and remains in service to this day. Just like its Russian counterpart, however, the vehicle is already obsolete. The Chinese military considered replacing it ever since the late 1990s and the effort to do just that culminated in the introduction of a vehicle called PLZ-05.

Technically, the PLZ-05 wasn’t the first attempt to replace the Type 83. It was preceded by another design called PLZ-45, developed in the late 1980s as a cost-effective counterpart to the American M109A6 Paladin, but this vehicle was developed specifically for export, not for domestic service. A number of PLZ-45s was sold to Kuwait and according to some sources, the Kuwaiti military considered the vehicle superior to the Paladin offered by the Americans. The PLZ-45 became available in 1988 and it would take 17 long years of development before the PLZ-05 was introduced. The PLZ-05 entered service in 2005 and was first shown to public in 2007 during the 80th PLA Anniversary military parade. 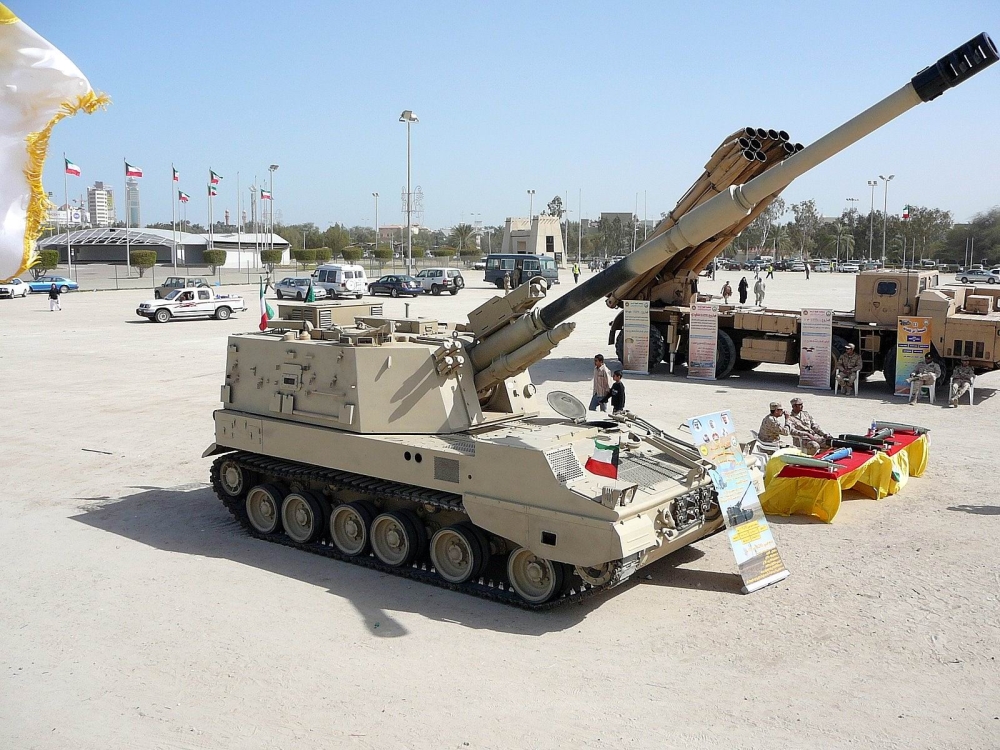 Unlike its PLZ-89 predecessor, the PLZ-05 features a new caliber – instead of the Soviet 152mm caliber, China adopted the NATO 155mm caliber. There were several reasons for this, but the biggest one was the one of performance. China wanted to adopt a weapon system that would match or even outperform the NATO artillery, specifically the Panzerhaubitze 2000 and the newest iterations of the venerable M109 series (which, arguable, has little to do with the original M109 anymore).

To that end, the PLZ-05 mounts a 155mm automatically loaded L/52 howitzer. The history of the 155mm caliber is older than that of course – the first decision to adopt the caliber was taken as early as 1982 with the development running ever since. The export PLZ-45 howitzer was armed with an L/45 howitzer, but the performance was not deemed good enough. Upgrading from the L/45 version to the L/52 one increased the muzzle velocity from 897 m/s to 930 m/s and increased the range of a standard HE shell to 40-50km. The L/45 could also achieve these results but with light rocket-assisted lighter shells only, significantly decreasing its firepower.

The gun is automatically loaded – the autoloader mechanism design was based on the Russian 2S19 Msta-S artillery. The autoloader is located at the back of the massive turret that can traverse 360 degrees. The ammunition consists of shells and charges which are also stored in the back of the turret in two layers on top of each other. The autoloader automatically selects the charge size based on the range entered by the gunner. This mechanism allows the gun to fire up to 8 rounds per minute on average, but the weapon is capable of firing in bursts – it can fire 4 rounds in 15 seconds in Multiple Rounds Simultaneous Impact mode where all four shells drop on the target at the same time. The vehicle carries 30 rounds of ammunition. As we already mentioned, the maximum range is approximately 50 km, although it can be extended to 70 km with rocket-assisted shells. The maximum gun elevation is 65 degrees, the maximum depression is -3 degrees. 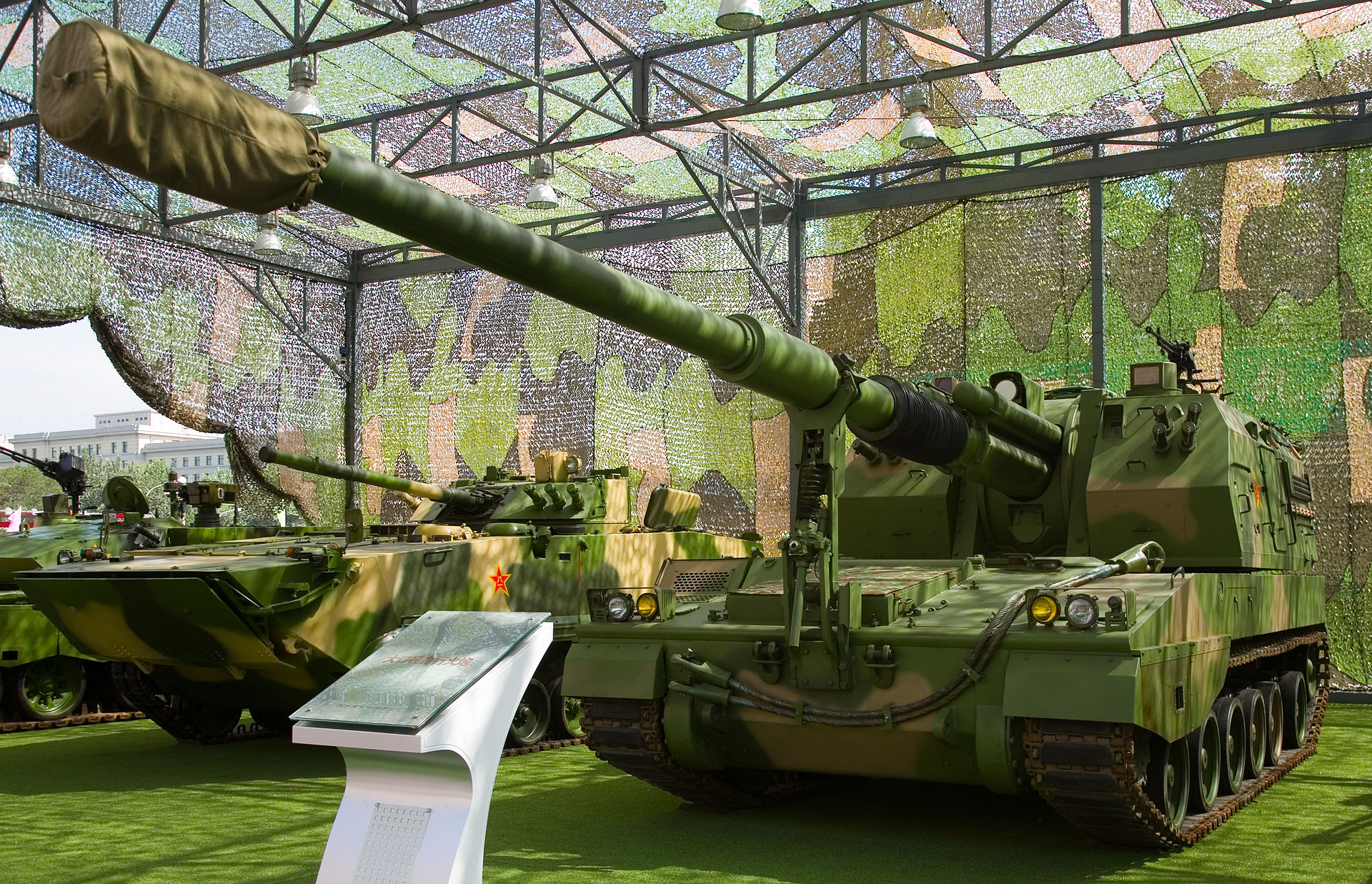 The Fire Control System is quite advanced as well and the maximum reaction time for the vehicle (from stopping to firing the first shell) is one minute. The deployment is, unlike on its predecessor, fully automated. In emergency, the gun can also fire in direct line of sight mode. The ammunition fired by the PLZ-05 includes:

As far as the accuracy and overall firing performance goes, the PLZ-05, according to Chinese sources, surpasses the performance of the Panzerhaubitze 2000, finally arming the People’s Liberation Army with a weapon that outperforms its western opponents.

The vehicle weighs approximately 45 tons in its combat configuration, has a hydraulic suspension and is powered by the 150HB V8 800hp diesel engine, making it quite mobile for its weight. Its maximum speed is approximately 55 km/h on hard surfaces and around 40 km/h off-road.

The protection levels are adequate to a vehicle of this class, keeping the crew of four or five men safe from small arms, some light autocannons and small-to-medium artillery caliber shrapnel. The vehicle is made of steel.

The vehicle is currently only in the Chinese service with possibly around 240 vehicles operational by 2012 and 300 by 2015. The production is ongoing. It’s worth noting that an export variant with even longer L/54 gun is also available. There is also a claim by older western sources of another export model called PLZ-52, powered by a better engine, although this might, as in many other cases, be a misunderstanding.

In Armored Warfare, the PLZ-05 will be a Tier 9 self-propelled gun. What makes it stand out is the fact that players can choose from two different weapons – a rapid-fire 155mm L/52 cannon with a clip or an accurate but slow-firing L/54 cannon. As with other vehicles of this class, the PLZ-05 will only be available in the PvE mode.