The 2S3 Akatsiya (Acacia) Self-Propelled Gun is one of the two Tier 6 SPGs currently available in Armored Warfare and can be unlocked from its predecessor, the Tier 4 2S1 Gvozdika. This is not a coincidence – both designs have a lot in common, with the Akatsiya being the more powerful of the two.

Much like the 122mm Gvozdika, the Akatsiya was a result of the Soviet shift towards self-propelled artillery in the 1960s. The 1965 Soviet trials demonstrated the drawbacks of both older vehicles and towed artillery, described in the previously published Gvozdika article, and the Central Committee of the Communist Party of the Soviet Union, as well as the Council of Ministers of the Soviet Union Decision No. 609-201 from the 4th of July 1967 began not only the development of a 122mm self-propelled gun, but also the development of a larger 152mm version.

The 152mm caliber was not selected randomly – older vehicles, including the legendary ISU-152, were already using it, and the raw firepower of the massive 152mm rounds was enough to knock down even hardened structures. But there was another thing to consider: the Americans were already using the 155mm M109 SPG at the time this decision was made, with one particular type of shell: the 0.1 kiloton M454 nuclear round. A 152mm self-propelled howitzer would be ideal to deliver the same kind of punishment while remaining relatively mobile and, more importantly, relatively resistant to NBC threats (unlike its towed counterparts). 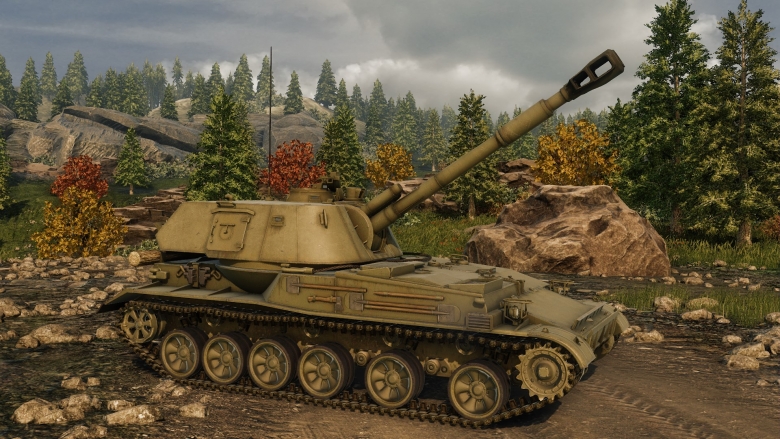 By the time the decision was made, the VNII-100 technical institute was already developing several 152mm SPG concepts. Of the two most promising, one was designed on the chassis of Object 124 (derived from the older SU-100P design) and one was designed on the Object 432 (T-64) Medium Tank chassis. Both concepts were armed by a 152mm howitzer with the same ballistic properties as the older 152mm D-20 towed gun. Further research revealed that a frontal engine setup was ideal for the vehicle, and the Object 124 chassis developed by Uraltransmash in Sverdlovsk was selected as the basis of the vehicle. The vehicle received the official designation of “Akatsiya” (2S3 in GRAU nomenclature). Its official purpose was to replace the ML-20, D-1 and D-20 towed howitzers in the artillery regiments of tank and motorized infantry divisions.

In its very early concept version by VNI-100, the vehicle was to be armed with the D-20 howitzer, weighing approximately 26 tons and powered by a 500hp V-59 diesel engine. Uraltransmash (Ural Transport Machinery Plant) was selected to be the main developer of the Akatsiya, with the exception of its gun. The D-20 was replaced by a newer D-22 howitzer (officially designated 2A33, D-22 was a factory designation), developed by the OKB-9 design bureau. 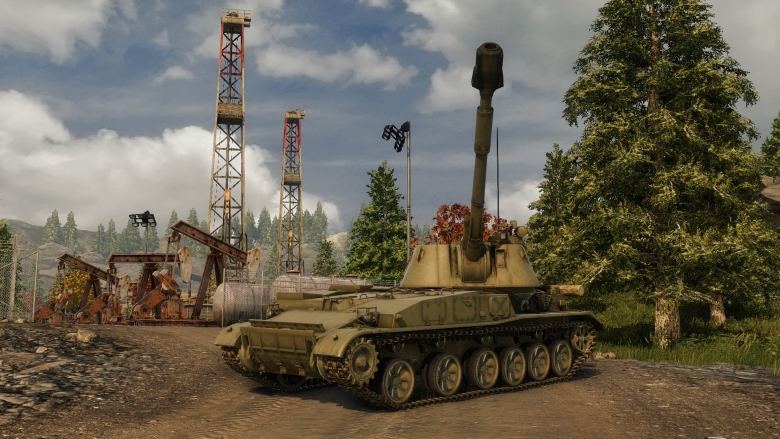 The first two prototypes of the vehicle were finished by the end of 1968 and passed their factory trials in October of 1969. Four more prototypes were built in the summer of 1969 to participate in military trials. The trials uncovered the same problem that appeared during the Gvozdika trials: unacceptable concentrations of fumes in the crew compartment, resulting in an attempt to develop a 152mm variant of the D-22 called D-11 that used two-piece rounds. This initiative failed for the same reasons it failed during the Gvozdika’s gun development – it was not effective in reducing the amount of fumes in the crew compartment and the gun using two-piece rounds had no advantages over the unitary D-22 round. The issue was in the end solved by installing a modernized, more powerful fume extractor and the introduction of improved shells.

Mass-production of the vehicle began in 1970 (the guns were produced in Perm until 1983, after which the production was moved to Volgograd) and ended in 1993 with roughly 4000 made. Two modernized variants were produced

After the fall of the Soviet Union, three modernized variants were developed in the Russian Federation by Uraltransmash:

Unlike the 2S1 Gvozdika, the Akatsiya was never license-produced outside Russia and was exported outside of the Soviet Union only in relatively small numbers. The exception would be Iraq, with its 150 purchased vehicles, and East Germany with approximately 95 vehicles.

Despite its generally low export numbers, the Akatsiya found its way into numerous militaries across the world, and participated in several notable conflicts such as the Soviet-Afghan war and the series of conflicts connected with the break-up of the Soviet Union, as well as in the Gulf War and later on the Iraq War. It was recently seen in Syria and it is being used by both sides in Ukraine. Throughout its service, it gained a reputation as a solid and rugged vehicle that can be operated in even the harshest conditions.

In Armored Warfare the Akatsiya is a Tier 6 Self-Propelled Gun available in Sophie Wölfli’s vehicle pool. Its massive 152mm gun is a major upgrade over the Gvozdika’s 122mm howitzer when it comes to firepower, but that’s not the full extent of its advantages.

Unlike the Gvozdika, the Akatsiya can actually fire illumination rounds (as well as the standard complement of HE shells and smoke rounds). Illumination rounds light up a small portion of the map, spotting everyone who enters the area immediately. As such they can be used to great effect in finding out which way the enemy team is going very early on. They are also very useful in designating targets for other artillery vehicles on your team, or for de-masking a pesky spotter holed up behind a bush. 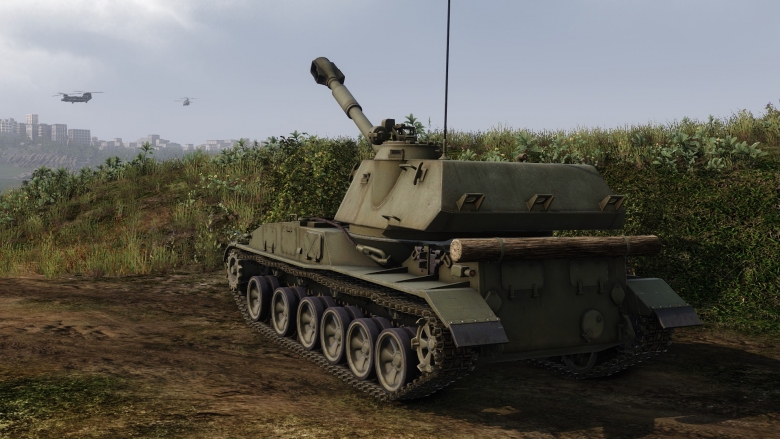 The Akatsiya’s 152mm gun is also a powerful damaging tool in its own right, mercilessly punishing static players or those caught in the open with one of three upgradeable HE shells.

However, like the other artillery vehicles in Armored Warfare, the Akatsiya has very thin armor and,compared to other classes, poor mobility. Its 30mm frontal plate will not protect it against any threats at its tier save for occasional high-explosive splash damage (which is why the vehicle was designed with such thin armor in the first place, not to fight on front lines), and while the V-59 is sufficiently powerful to allow Akatsiya to go as fast as 63 km/h, the vehicle steers slowly and generally cannot survive a close quarters encounter.

Despite these drawbacks, the Akatsiya is an excellent fire support vehicle that can – if left unchecked – tip the balance of battle in its team’s favor.

Introducing the Tier 5 Begleitpanzer 57 light tank, which is available during the Armored Warfare early access phase of testing