In our previous article, we mentioned the mobility overhaul coming to Armored Warfare as well as the changes to weapon stabilization. In this article, we are going to explore the topic a bit further. 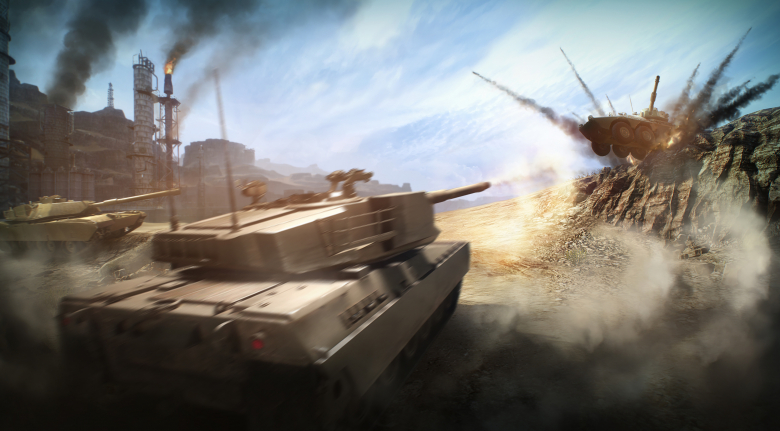 Gun stabilization in Armored Warfare refers to the ability of the vehicle to fire on the move and consists of:

With that being said, the existing gun stabilization system does not make it diverse enough – simply put, the guns behave in too similar a fashion to each other between specific vehicles and even classes. That’s why MBTs are always are always very accurate on the move, when steering and when traversing the hull. This makes them way too universal.

In Update 0.22, as a part of our efforts to increase the diversity between classes as well as between various branches within one class, we are introducing a number of changes. These changes will deepen the roles of each class on the battlefield and ultimately improve gameplay for all players.

Elementary gun stabilization in Update 0.22 will be based on caliber (and Tier):

The combinations of Tier and gun stabilization values set benchmarks for each Tier, furthermore referred to as Base Values. The Base Values are then further modified to accentuate the class roles as well as national doctrines and design philosophies of different vehicle branches.

The speed with which the accuracy is lost will also differ from vehicle to vehicle – some vehicles that are not extremely accurate by themselves will lose it slowly while other vehicles will lose accuracy more quickly.

As for the classes and branches themselves:

Main Battle Tanks will be, when standing still, fairly accurate, but will lose more accuracy than other classes:

The steering and turret traverse accuracy losses will make the MBTs more susceptible to flanking – sharp maneuvers will, make them far less accurate.

Going forward, however, will not make them lose as much accuracy – many tanks are designed to be heavy breakthrough vehicles and need to keep their accuracy when smashing headlong into the enemy.

MBTs are also divided by their nationality to reflect the doctrines:

Compared to the state of the class prior to Balance 2.0, MBTs will remain more accurate on the move, but will lose a portion of their current gun stabilization to prevent them from overshadowing the other classes, especially Light Tanks.

Light Tanks will be the kings of accurate main caliber fire on the move at short to medium distances and while performing wild maneuvers at break-neck speed. Compared to the Main Battle Tanks, they will lose considerably less accuracy when steering (50% less than the base value) and due to the fact that don’t carry – especially on Tier 10 – the weaponry of the same caliber as the MBTs. At the same time, they will lose a lot of accuracy from movement itself to compensate for this.

As a result, they will be very accurate on the move at short to medium distances, but their overall accuracy on the move will be reduced at high distances in order for them not to overshadow the Tank Destroyer class in its niche.

Tank Destroyers will be the ultimate snipers of Armored Warfare. They will no longer work as wheeled Light Tanks – their accuracy on the move and while steering will be considerably worse (especially steering will have major negative impact on accuracy). They will be, however, extremely accurate at high distances when not moving fast or performing wild maneuvers and will lose very little accuracy from traversing their turrets or fixed guns to allow them to effectively engage targets when static.

These changes, along with the upcoming mobility overhaul for the MBT class, will define the battlefield role of each class more clearly.

We hope that you will like them and will see you on the battlefield!

In Development: Type 96A

Learn more about the special medals, introduced to the game in Update 0.23