With the exception of the Abbot, the Tier 4 2S1 Gvozdika (along its M109 Marat Shishkin counterpart) is the first self-propelled gun the players will encounter or have the option to unlock on the battlefield.

The Gvozdika (Carnation) was developed in Kharkov as the means to provide Soviet units with mobile firepower, intended to destroy enemy manpower, artillery and fortifications. Its development was inspired by western designs – unlike the Americans (who learned the value of indirect mobile artillery very early on), the Soviets preferred direct fire infantry support from the Second World War onwards, and the departure from this philosophy took nearly two decades. The late war and post-war Soviet assault guns such as the ISU-152 were usually well armored, packed quite a punch and were also capable of indirect fire, but were not exactly mobile.

While lightly-armored self-propelled guns were developed in the Soviet Union, even before the war, the events of the war, as well as the traditionalism of Soviet officers (and, of course, the price of such vehicles compared to simple towed artillery) slowed the development process considerably. On the other hand, with the onset of the Atomic age, tactical small yield nuclear weapons became a reality. One of the main arguments in favor of self-propelled guns was the fact that they could be made NBC-proof by over-pressuring the hull while towed artillery units were exceptionally vulnerable to such weapons (as well as the prime targets for their use). 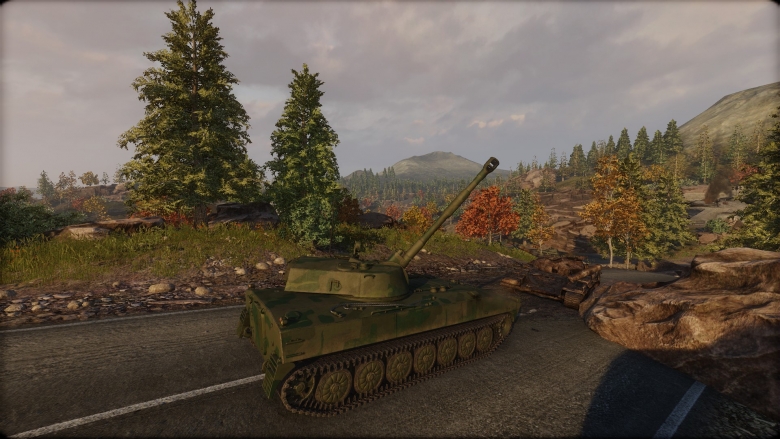 The preliminary work to determine the general shape and characteristics of the upcoming vehicle was conducted by the VNII-100 technical institute. They proposed three chassis variants for the new gun – the Object 124 chassis (derived from the older Object 105, otherwise known as SU-100P), the MT-LB armored transport chassis and the BMP chassis. All three variants were supposed to be armed with a 122mm D-30 gun.

During the development it was found that the Object 124 chassis is too bulky and heavy and the self-propelled gun would lose any chance of becoming amphibious. Much like during BMP development, the Soviets were considered amphibious capabilty of the vehicle to be very important, although history has shown the dubious value of insisting on this trait at the expense of other vehicle features. 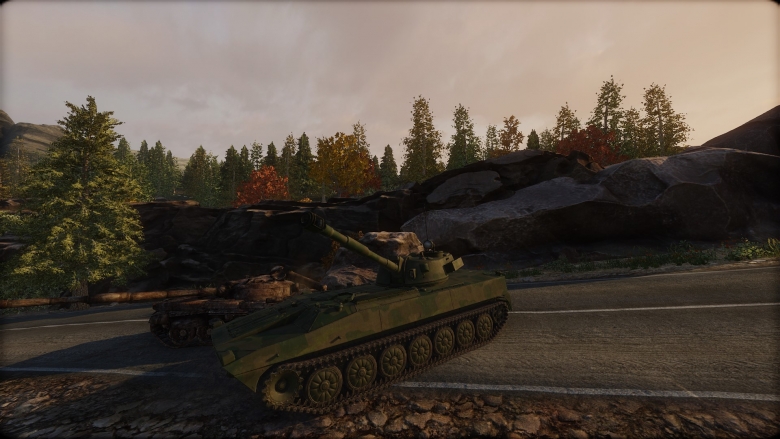 The MT-LB chassis on the other hand was too flimsy and unstable (making accurate fire impossible). The BMP-1 chassis was evaluated as acceptable, but P.P. Isakov (designer of the BMP) used his influence to forbid the SPG designers from using the BMP-1 chassis as the basis of the vehicle (the same ban applied to other derived vehicles that were proposed on the BMP chassis due to production streamlining efforts).

In the end, it was decided to use modified and prolonged chassis of the MT-LB armored transport. The resulting project received the GRAU designation 2S1 and was named “Gvozdika”. It was intended to serve in artillery divisions of motorized infantry regiments, replacing the M-30 and D-30 towed howitzers. The Kharkov Tractor Plant was selected as the main developer of the self-propelled gun and the gun for it, the 122mm 2A31, was developed by the OKB-9 design bureau in Sverdlovsk (today’s Ekaterinburg). 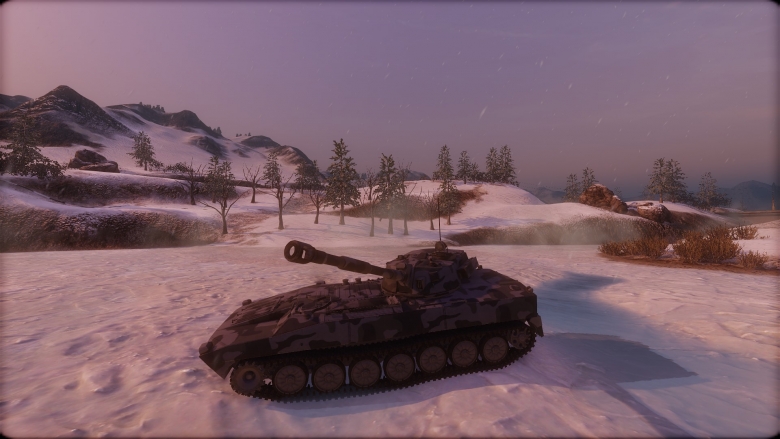 The first four prototypes were ready and tested in 1969. The tests revealed a number of flaws, including excessively high concentration of fumes inside the crew compartment (the same issue that plagued the heavier 2S3 Akatsiya). To alleviate this issue, the designers attempted to replace the unitary shells with separate shells and charges but the situation did not improve and the matter had to be solved by other means in the end, namely the installation of an improved fume ejector. The results became satisfactory after this improvement and the 2S1 Gvozdika was accepted officially into service on the 14th of September, 1971. An airmobile parachute-deployed platform for the Gvozdika was developed as well, but unlike the vehicle itself, it was never accepted into service due to the parallel development of a dedicated paratrooper self-propelled gun called 2S2 “Fialka” (Violet).

The mass-production of the 2S1 Gvozdika ran from 1971 until 1991. The vehicle was also license-produced in Poland (from 1971) and Bulgaria (from 1979). With more than 10 thousand made, it participated in many major conflicts such as the Afghanistan war, the Iran-Iraq war, the civil war in Yugoslavia and is currently being used in Syria and Ukraine, where a number of Gvozdika SPG’s were - successfully – deployed in direct fire roles as improvised tank killers.

Throughout its lifespan the Gvozdika underwent several modernizations both in Russia and abroad, the best-known of which being the Polish Goździk equipped with a modernized TOPAZ Fire Control System and the Rak-120 120mm mortar on Gvozdika chassis. Other versions (such as the Iranian Raad) exist as well.

The Gvozdika in Armored Warfare is a Tier 4 Self-Propelled Gun, available from Sophie Wölfli. It is one of the earliest artillery vehicles players will encounter. Unlike artillery vehicles at higher tiers, the Gvozdika cannot fire Illumination rounds –players are forced to play either as indirect fire damage dealers by firing one of the two vehicle’s HE rounds, or can provide cover for their allies by firing smoke shells.

The armor of the Gvozdika is very thin – its 20 millimeters of steel will not provide protection from anything but the lightest of automatic cannons despite its frontal sloping. On the other hand, thanks to its maximum speed of 59.4 km/h and the powerful SW-680T upgraded engine, the Gvozdika is faster and accelerates better than its American counterpart, the M109.

The 122mm 2A31 gun of the Gvozdika is quite damaging, although not as much as the M109’s 155mm howitzer. To compensate for lower damage it can, however aim and fire faster, and players also have the option of installing the TOPAZ FCS module, improving its aim time by 20 percent. Players can also unlock one Technology and one Firepower retrofit slot.

Other interesting items that can be obtained by playing the Gvozdika are:

It costs 500 Gold to make the Gvozdika battle-hardened.

While not as powerful as the other Self-Propelled Guns of higher tiers, the Gvozdika is a solid vehicle, introducing players to all the basic advantages (indirect fire ability) and drawbacks (poor mobility compared to other classes, poor armor) of the class. In skilled hands, however, the Gvozdika is deadly and players caught in the open will often curse its accuracy and short reload times.