The upcoming Update 0.22 is bringing another large chunk of content for you to enjoy. Today, we will take a look at the upcoming Chinese vehicles and a new Chinese-themed map! 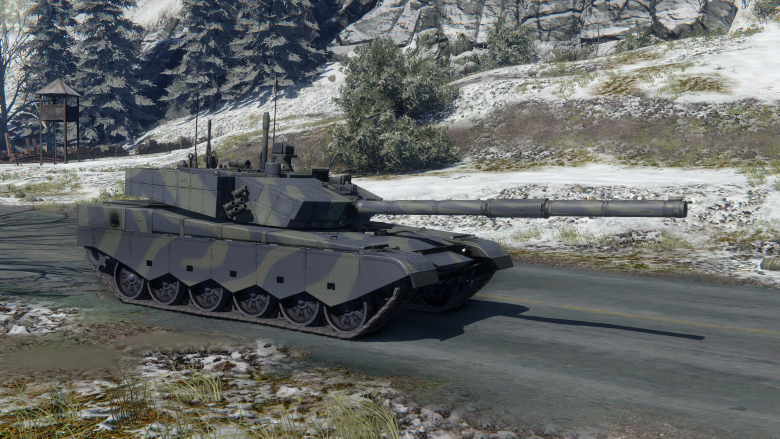 This is an advanced version of the Type 99, the first Chinese third generation Main Battle Tank, designed to bring the Chinese armored forces to the 21st century. Armed with a powerful 125mm smoothbore gun, its composite armor hull and turret are chock-full of advanced technologies, including the JD-3 laser dazzler. Around a thousand of these vehicles were built since 2001 and are currently only used in Chinese service. 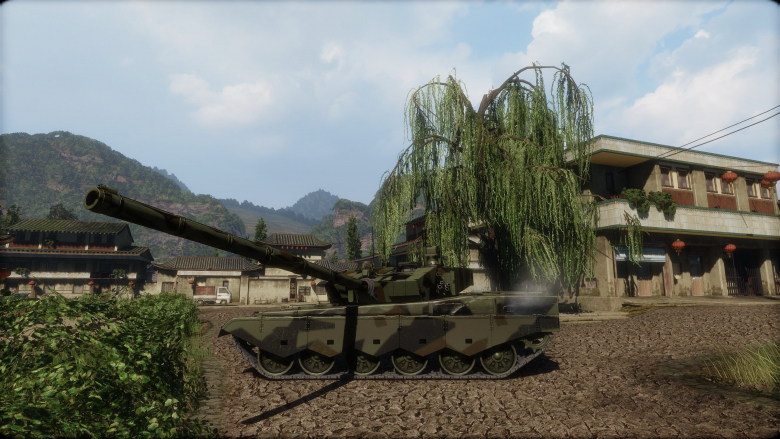 This is a Type 99A, equipped with experimental technologies. Chief amongst them is the longer variant of the 125mm ZPT-98 cannon (L/55 instead of L/44). Both Type 99s will be very agile and well-protected, but not extremely fast with the 125mm cannon putting it between the T-90MS and the T-14 Armata. 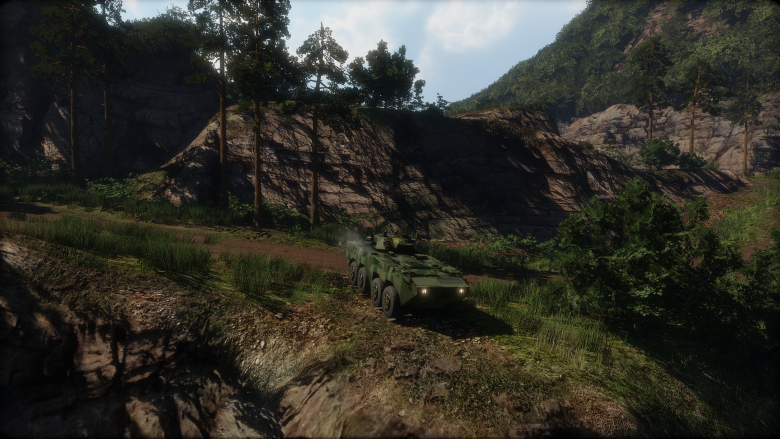 This eight-wheeled Armored Fighting Vehicle is one of the most modern wheeled IFVs of the People’s Liberation Army. Accepted in service in 2009, it provides the crew with solid protection but its true forte is its excellent mobility. Armed with a 30mm autocannon and HJ-73 guided missiles, it poses a serious threat to the majority of enemy vehicles on the battlefield. 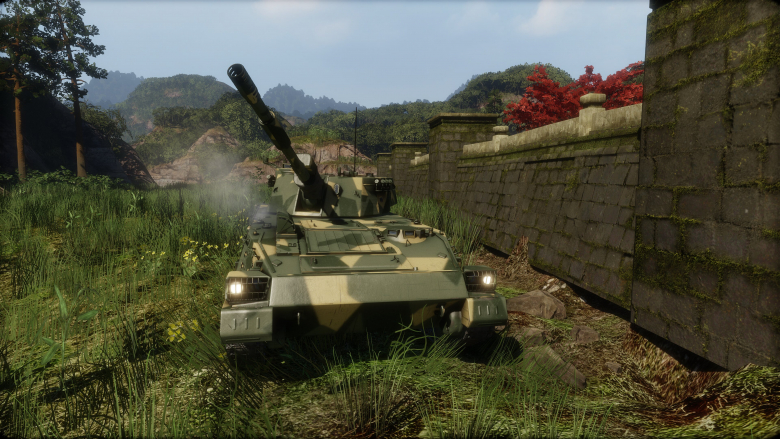 The PLZ-89 is a Chinese 122mm tracked self-propelled howitzer, first unveiled to public in 1999. Its weapon (a variant of the Soviet 122mm D-30 howitzer) makes it comparable to the popular 2S1 Gvozdika and indeed, it was developed to fit the same role – mobile indirect fire support of infantry and mechanized formations, but the Chinese vehicle use more advanced electronics and equipment. Please note that this vehicle will be restricted to PvE missions. 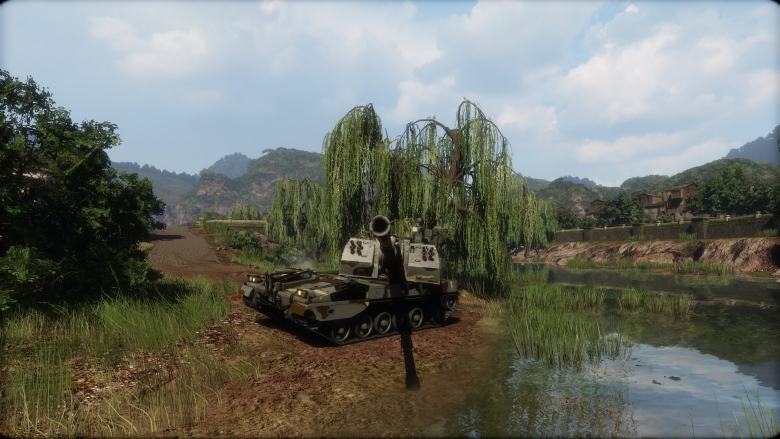 The PLZ-05 is the most modern Chinese tracked artillery system. Entering service in 2008, it was inspired by the American M109A6 Paladin. What makes it stand out is the fact that players can choose from two different weapons – a rapid-fire 155mm L/52 cannon with a clip or an accurate but slow-firing L/54 cannon. Please note that this vehicle will be restricted to PvE missions.

The rural area of the Baise region became a battlefield between mercenaries hired to protect civilians and ruthless corporate forces. Local triads have hidden a cache of valuable intel along with their ill-gotten fortune somewhere in a local village. Although they were soundly defeated, their secret remains buried in the general area. Commander, take the area and destroy your opponents to begin the search for what might set your forces up for life! 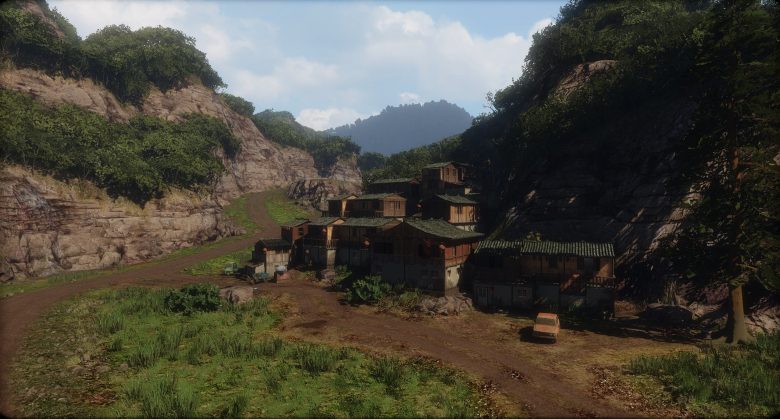 This brand-new map will take us to South China and will be available in two modes – the standard PvP mode and in the form of a brand new PvE mission – Operation Tiger’s Claw!

The ZBD-86 (also known as WZ-501 or Type 86 IFV) is a Chinese unlicensed copy of the Soviet BMP-1, acquired from Egypt in the 1980s. The vehicle is practically identical to its Soviet counterpart with even its engine being a copy of the original UTD-20, but the Malyutka ATGM launcher was replaced with the HJ-73 Red Arrow missile launcher. By the time it entered service in 1992, it was already obsolete. 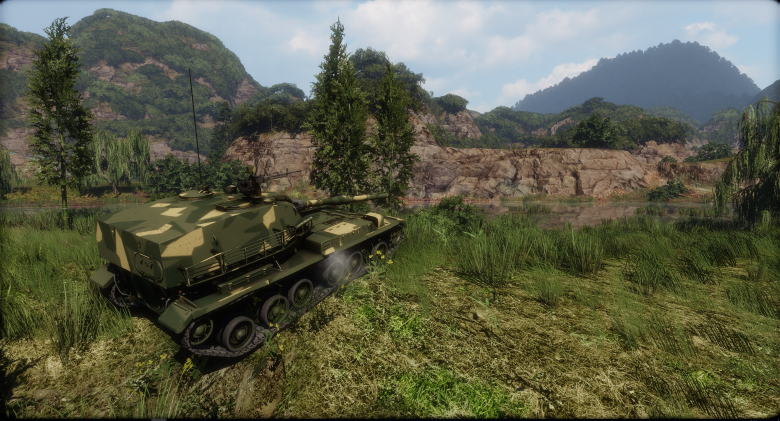 Commanders, this new map and the vehicles represent but a fraction of Update 0.22 content – we’ll unveil more in the near future!

Learn about the overhaul of the Armored Warfare Commanders, coming in Update 0.22