Much like all the major military powers of the world, China was relatively quick to recognize the importance of self-propelled artillery. Its early designs were either direct copies of or at least heavily influenced by the Soviets, who have proven to the entire world the destructive power of mechanized artillery. Soviet self-propelled guns like the 2S1 Gvozdika and the 2S3 Akatsiya have proven to be rugged and successful. It’s therefore no wonder that China wanted such a vehicle of its own.

The simplest approach was, of course, to use an existing gun along with an existing chassis and mate the two together. While this line of thought rarely produces the best vehicles in the world due to the need to make compromises where a chassis specifically designed for a self-propelled gun would be able to perform better, the cost reductions, maintenance know-how and spare parts more than make up for the handicap. 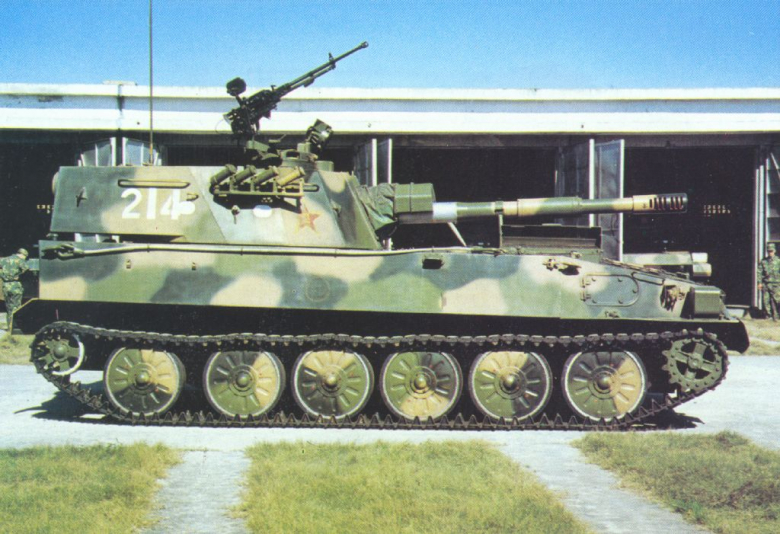 China produced a series of such vehicles, including the 122mm Type 70 introduced in 1970, but an open-topped self-propelled gun like the Type 70 was quite vulnerable to practically any threat when deployed, from small arms to even the lightest counter-battery fire. NORINCO’s Type 85, introduced in 1985, remedied many of its predecessor’s issues, but was only produced in small numbers and it wasn’t until the Type 89 Self-Propelled howitzer (also known under its military designation as the PLZ-89) that the situation significantly improved.

As usual, few details are known about the design. The PLZ-89 was developed in the 1980s as an attempt to provide the same capabilities of the Soviet 2S1 Gvozdika using two proven and reliable components:

The Type 77 chassis, despite bearing some resemblance to the Soviet BTR-50, was in fact developed in the 1970s from the Type 63 Light Tank chassis. It’s a relatively simple, rugged design with sloped frontal armor and steel body. Like the original APC, the PLZ-89 armor is made of steel and is capable of protecting its 5 man crew from small arms fire and small-to-medium caliber shell fragments. Additionally, the vehicle is protected by smoke grenade dischargers, an automated fire suppression system and an effective NBC kit, allowing it to operate on toxic or radioactive battlefields.

The vehicle has a fully rotating turret and weighs approximately 20 tons. It is powered by a 450hp 12V150L12 diesel, allowing it to go as fast as 60 km/h. The suspension is a relatively simple torsion bar system – this makes it quite rugged but also somewhat difficult to repair in the field. The vehicle can be also modified with floating devices to be capable of limited swimming. 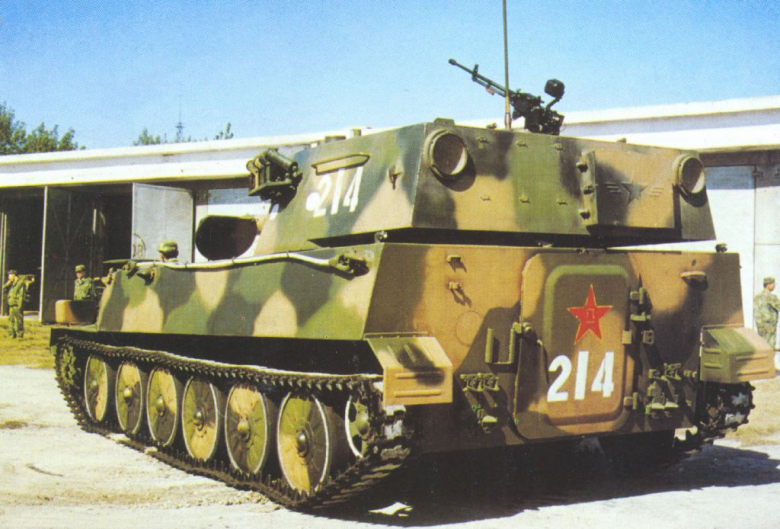 The main weapon is manually loaded 122mm L/32 Type 86 howitzer, which is almost an exact copy of the Soviet D-30 howitzer – it can fire both Soviet and Chinese ammunition, has a maximum range of 18 kilometers (can be extended to 21 kilometers using lighter HE rounds) and the rate of fire of six to eight rounds per minute, depending on the crew quality. The digital fire control system is rather advanced for its age and the vehicle features day/night sights. The vehicle carries 40 rounds of ammunition.

As its name suggest, the vehicle likely entered official service in 1989, although it was not until 1999 it was actually shown to general public during the 50th People’s Republic of China anniversary military parade in Beijing.

The vehicle wasn’t exported and is only currently in use by the Chinese military – both by the land forces and marines. It is not known how many of these vehicles were built since 1989, estimates range from several hundred to just over a hundred vehicles. By now, it is somewhat obsolete and will certainly be replaced by more modern vehicles in the future. 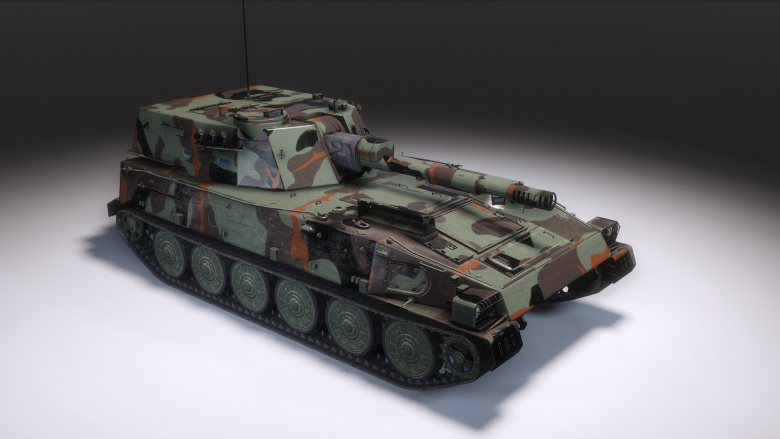 In Armored Warfare, the PLZ-89 will be a Tier 7 self-propelled gun. Compared to the 152mm Akatsiya or 155 Palmaria, the PLZ-89 will feature a higher rate of fire and advanced electronics in exchange for lower damage per shot. As with other vehicles of this class, the PLZ-89 will only be available in the PvE mode.

On the 8th of December, both Open Beta servers will not be available for an extended period of time in order to implement Update 0.22.4299