Welcome to the thirteenth issue of the Developer Digest series - find out more about the development of the game straight from the developers themselves! 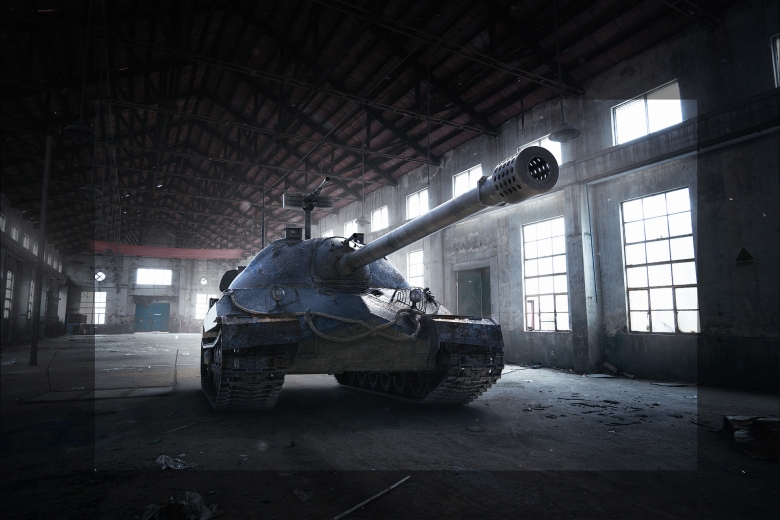 In today's issue, the developers are discussing the preliminary Update 0.17 patchnotes.. For more information about the future of Armored Warfare, be sure to check the following articles:

I am afraid of the render range changes, they weren't accepted well during testing!
Update 0.17 has been live now in RU for over a week. In that time we've seen players in RU enjoying many of the new changes we've introduced in 0.17, both related to Balance 2.0 (ATGM and Smoke) and general fixes as well. However, we have noticed our changes to the max view range have not been going over as well as we would have liked. We do not think the inherent idea behind the removal of the max view range is the problem, but it does highlight some issues we currently have with some of our maps in combination with the almost laser accuracy players can achieve on live currently.

Map revamps are part of what we are working on for Balance 2.0 and many of the trouble spots players have pointed out will be addressed - with Highwall being one of the first maps to receive a major overhaul. Until such changes can be implemented (not all of them will be done in time for Balance 2.0), we are going to adjust 0.17 and remove the max draw distance we first implemented. In its place, we will be introducing a longer draw distance (808 meters), but it will still have a cap. Additionally, we are looking to see if we need to make any further tweaks to ATGM damage at lower tiers (bringing it down a bit) and higher tiers (bringing it up a bit). This should help everyone focus on what's great about these changes without getting bogged down with the areas which are still a bit rough around the edges.

The Update 0.17 ammo rack mechanism change makes me cringe!
Removing a mechanic that would break with the missile changes until we can get it to work correctly in the upcoming Rebalance is certainly not cringe-worthy. No one is also saying that ammo rack damage removal is temporary. We just removed the major portion of the mechanic until we get the mechanic aligned with our Rebalance goals. That may come in the form of a different type of debuff – or it may not. It certainly won't be the removal of 90 percent of your hitpoints though. Also, it was mentioned that the mechanic would undergo further changes with the upcoming Rebalance. That means the current change is temporary.

I really don’t like the Highwall map!
Highwall is one of the first (if not the first) map we will be completely revamping. In Update 0.17, Highwall will show up rarely if at all.

I am concerned about the upcoming autocannon changes – ATGM-less vehicles like Warrior will suck!
Warrior will get ATGMs, we will also look at ammo quantity for all ATGM vehicles.

Won’t that damage AFVs in their traditional spotting role?
Who said we want AFVs to spot?

I don’t understand the role of Tank Destroyers either. Modern TDs are basically APC hulls with a large single shot gun. Why they aren't mixed in with light tanks is beyond me.
Welcome to Update 0.19.

Will you be able to rebalance those vehicles that have “Premium version” of them? Isn’t the Premium status a blocker for Rebalance purposes?
There are no sacred cows. Centauro 120 will probably move tiers and be made correctly. If Centauro 120 moved to Tier 8, then WOLF version would follow. As far as balance goes, all vehicles will be viable in the tiers they are going to be played in the game. A bottom tier vehicle in a match should not make the player want to drown themselves.

Any more information about the autocannon rebalance?
As far as auto cannons go, they will be somewhat effective against lighter targets and less armored areas of vehicles, but don't expect them to be the main damage source.

Any plans to rebalance armor?
Cage armor will be changed. Right now it's more effective than real armor. ERA is also getting fixed as well as tandem warheads. Armor/ERA is one of the pillars of the game, we don’t want to make it meaningless and turn tanks into hitpoint bags. But sitting out in the open should get you killed no matter what vehicle you are in. Armor, especially ERA, will become more important for many vehicles, not just MBTs.

I predict that MBTs are going to be a mess after the Rebalance!
I honestly don't know what you've heard to make yourself believe we've made the Rebalance changes to buff MBTs, but it's inaccurate at best.

MBTs, as they currently stand, are easily the dullest part of Armored Warfare. They require minimal critical thinking to play well, and basically only use the W and Mouse1 keys. They have the lowest skill floor of any class in the game, and don't provide many, if any, opportunities for skilled players to differentiate themselves from the herd. All of these issues get exacerbated as tiers get higher because of how the current scaling of values is applied.

As of the last internal Rebalance playtest I participated in, many of these issues were well on their way to being resolved. There is absolutely still work to be done, but the new Balance is already in a substantially better place than the current one.

I see a lot of people looking at individual Rebalance changes, like the autocannon nerfs for example, and freaking out. I totally understand where you're coming from, but I ask that you look at the full picture. Yes, autocannons are being nerfed, but ATGMs are getting reworked into legitimately useful tools and all autocannon vehicles will be getting them in Rebalance. So yes, you're losing the clip potential of the autocanon, but you're gaining a much more consistently useful tool to compensate; one that actually lets you contest MBTs in a meaningful way.

We’ve heard about the Sabre – what are the plans for it?
There are two versions of the Sabre available for Lords of War Season 1, one will be based on skill, the other for a moderate amount of participation in the mode including solo queue.

Many vehicles feel like toys, any plans to do something about that?
I'm not a fan of goofy game-play either. The days of driving toys are soon coming to an end. Flying off hills, going faster in water then on land, not getting tracked when wheels are hit, weird spotting mechanics and many other things are getting addressed in the upcoming Rebalance, after which it will pretty much be a new game and it’s going to be fun.

What about Tier 1 balance?
Tier 1 will be different. M113 will change to another variant and move tiers.

When will all these changes be coming?
We have said that 0.17, 0.18 and 0.19 are scheduled for this year. With point 0.17 almost released, you can guess the timeframes for the other updates but Q4 is obvious.

A summary of information about the future of Armored Warfare straight from the developers, this time with the answers from Senior NA Producer, Joshua Morris!