This mode introduces improvements to the core Armored Warfare rules, including:

Each match in Global Operations will be a living, breathing battle space that expands on our existing team and class interaction, adding more opportunities for players of all skill levels to contribute toward their team's victory.

This mode is an evolution of the genre and delivers more of what you are looking for in a modern vehicle shooter based on your feedback, combining the popular conquest style gameplay with elements of PvE.

In the Global Operations mode players will fight for domination by capturing, securing or destroying various objectives. The battle time will be limited to 15 minutes with up to 15 vs 15 teams. Each team will have a pool of points.

Destroying Enemy or AI controlled vehicles, and capturing control zones will reduce the enemies’ point count. If you manage reduce this point score to zero you win the battle! The tasks will be dynamic, changing upon the battle.

The opponents will not only consist of the other team, but also neutral AI-controlled forces that will be aggressive to both sides and guarding certain areas. These will not be mere cannon fodder – fighting the guards can critically delay your team’s advance and allow the other team to fall back to set up defenses and protect key control points. 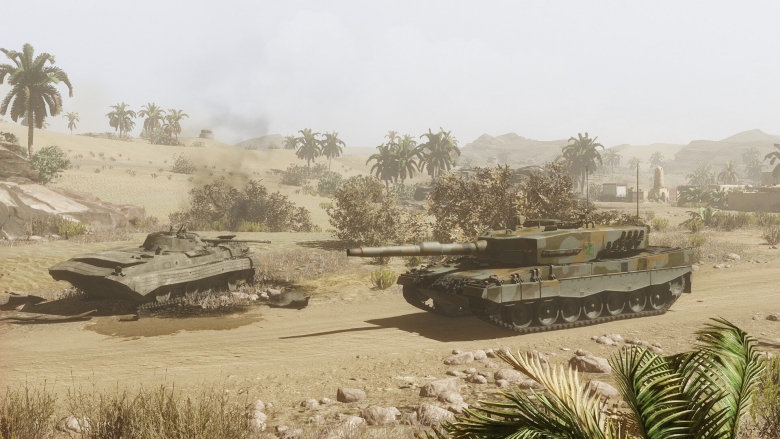 Additionally, players will have the opportunity to ask for an AI vehicle support! Drive the enemy before you with trusted AI helpers on your side or defend the objectives before enemy onslaughts supported by AI-controlled vehicles – one way or the other, the Artificial Intelligence will make a difference!

The first new map to be introduced as a part of the Global Operations is the open desert map called “Desert Crossing”. On it, two mercenary forces and their local allies are clashing over a massive dry dock with an aircraft carrier. 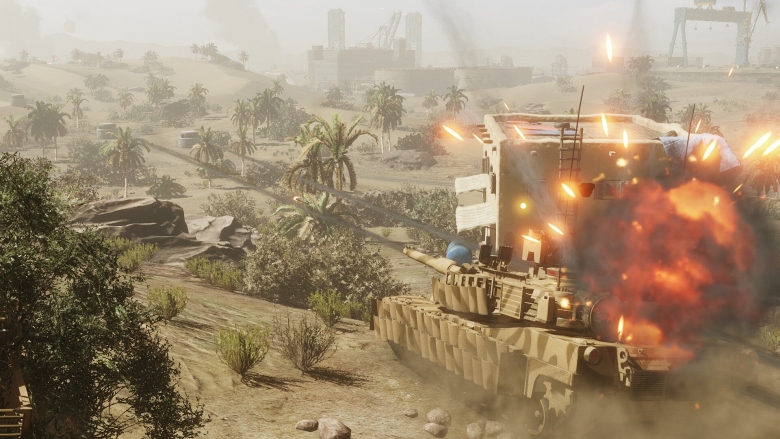 The map is very large and quite interactive – players will for example be able to raise bridges or open new attack routes by performing certain actions – or deny the same routes to the enemy.

Players can also capture special “Wildcard” objectives that give them the ability to call in military asset from their HQ, to tip the balance of the battle in their favor. The first map will contain the following “wildcards”:

These just represent what will be available during the first release. The system is flexible enough that many new “wild cards” could be created in the future to keep current and futures maps exciting, such as for example helicopter attacks. 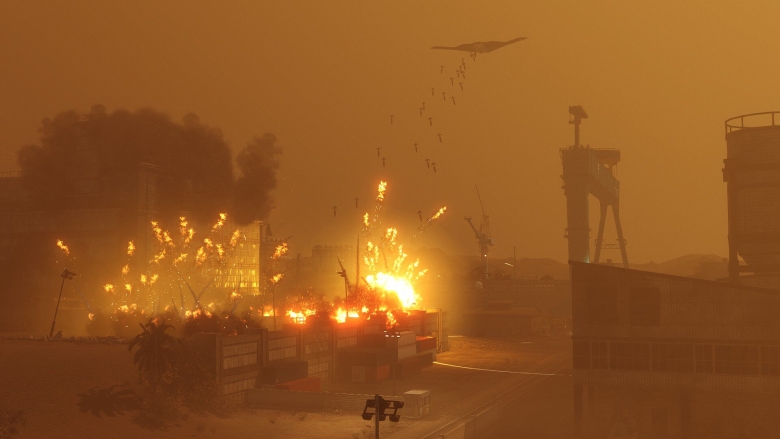 More information on Global Operations along with news articles and Youtube videos from your favorite streamers will be available soon. Obsidian will also be doing a live steam Q&A later in the month, answering all your questions, and making an announcement of when you will be able to try this new and exciting mode for yourself!

Be prepared! Global Operations is coming!

Obsidian Entertainment and My.com are proud to introduce the first preview of the newest addition to Armored Warfare - Update 0.18, bringing the new Global Operations mode!

Obsidian Entertainment and My.com are proud to introduce the the newest addition to Armored Warfare - Update 0.18, bringing one of the most awaited features - the Global Operations mode!