Welcome to the eleventh issue of the Developer Digest series - find out more about the development of the game straight from the developers themselves! 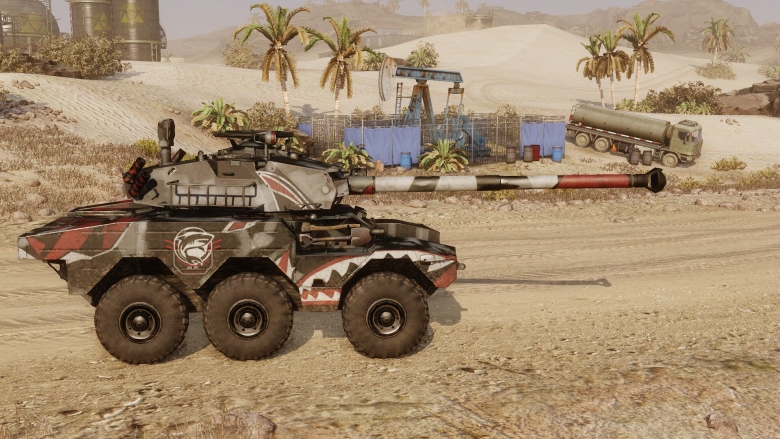 As a part of the game improvement process, we have introduced the following additional changes to the upcoming Update 0.17.

As part of our ongoing effort to rebalance many of Armored Warfare's major gameplay elements, we've taken the opportunity to introduce several major Quality of Life improvements to ATGMs and Smoke Grenades. Additional changes to ATGMs and Smoke Grenades can be expected as we continue to work on game balance. We've changed ATGMs in several areas to make them more viable and easier to use, including:

We've made the following changes to Smoke Grenades to increase usefulness and solidify their role in the moment to moment gameplay:

Isn't it too early to introduce these mechanics?
Since we haven't revamped the armor, the damage or the penetration yet, we didn't feel these changes would have an overall negative effect. As of now, it merely makes these mechanics less tedious and more useful.

Don’t you think that 15 charges for smoke grenades too much?
Final amount of charges for smoke is easily tuned, it is best to start with an extreme number like 15 (basically infinite) and scale as needed. We are still in beta, and large changes like this are still possible and good as we balance the overall game to be enjoyable for all classes at all tiers. Expect even more changes going forward that will have fundamental effects on the game, targeted not only to high tier balance and class balance, but the game at large. It is fairly clear that a balancing game with just a few tweaks to numbers is not enough, time to get excited.

Won’t these changes put Light Tanks at a disadvantage?
On the topic of smoke, we do plan to return the quick-fire "charge" system for Light Tanks in conjunction with the ongoing smoke changes but this requires additional code which will not be done until the full Balance 2.0 changes are further along. As a compromise, we shortened the cooldown for those vehicles until the additional code is complete. What will happen is that the Light Tanks will have smoke grenades in “magazines” with short time between “magazine” reloads, while the entire magazine will reload much longer.

You mentioned the “armor degradation” in recent Q&A session, care to share more details about that?
Armor degradation is still just in a testing phase. We haven't committed to adding it yet and will first look at how Balance 2.0 affects the game. If it ends up being exactly what we want, we may not go through with the degradation system at all. One thing we don't want to cause is a reverse gold round situation, where armor is rendered meaningless because you end up penning it anyways.

Will autocannons be rebalanced in the future?
Autocannons are going to be hit hard in balance 2.0, like VERY hard. Damage, penetration and clip size will all be adjusted. Our intent is to promote more ATGM play from AFVs by fixing ATGM mechanics and downplaying the role of Autocannons into more "intermediate damage" players can use to add a bit of damage in-between reloading their ATGMs at closer ranges. It won't be like it is now where you can almost guarantee every AC shot will penetrate a lightly armored target with little care of shot dispersion.

A summary of information about the future of Armored Warfare straight from the developers, this time with the answers from Senior NA Producer, Joshua Morris!