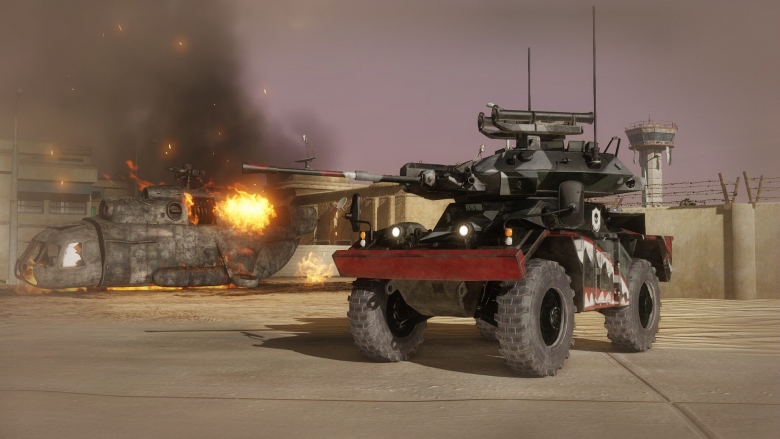 Question: Will there be more "active" skills implemented?
Answer: We are currently evaluating the future of all active skills for each class but we are not ready to share specifics at this time.

Question: Does the Terminator-3 article mean the confirmation of the T-15 getting the 57mm turret, or it will be a new vehicle by itself?
Answer: We currently do not have any short or medium term plans to introduce the 57mm turret to the T-15.

Question: With the recent unveiling of the Rheinmetall 130mm cannon, will Obsidian consider introducing it to the in-game Leopard 2A7 as an alternate gun?
Answer: We are currently discussing what to do in response to the unveiling of the new cannon.

Question: Will we see some vehicles from Pakistan, Iran or Saudi Arabia and from Balkans in the game?
Answer: While they are not currently at the top of the list of vehicle lines we want to build, we will eventually add them.

Question: Are you going to add more low-tier vehicles?
Answer: Yes, some in the relatively near future. It is our goal to provide new Tier 1 / 2 vehicles with the release of most major progression lines.

Question: Is there any plan to make the early warnings systems (ATGM, arty shells, 6th sense) skills and upgrades more effective for certain classes?
Answer: Currently, we consider those mechanics to be core Quality of Life mechanics shared by all classes. No matter which class you choose to play we want these particular UI elements to feel consistent.

Question: Are there any plans to buff the reload speed of 3-man crew vehicles?
Answer: This parameter – along with many more – will be rebalanced in the future as part of our planned Vehicle Balance pass.

Question: Will you consider rebalancing (buffing) "unique" premium vehicles (not the ICE etc.) to make them on par with normal vehicles from the same tier at the cost of removing their preferential matchmaking?
Answer: No. We have always intentionally designed premium vehicles to have roughly half as many upgrades as a typical progression vehicle at its tier for balancing purposes. We do not wish to sell premiums which could be considered “Pay to Win”, nor do we want to take away from the power players rightfully earn by fully unlocking a progression vehicle at the same tier. That being said, we will be rebalancing all vehicles including premiums as a part of our Vehicle Balance pass.

Question: Are you working on updating (extending) personal achievements?
Answer: Not in the immediate future. At this very moment, we are currently focused on improving some of the core gameplay pillars of the game. We definitely intend to revisit this system as a whole as soon as we can in order to do a significant update.

Question: Can you please elaborate in detail on how the module damage system works?
Answer: While the Q&A is not the correct format for a detailed elaboration, the system itself is not that complicated – each vehicle has internal and external modules (consisting of vehicle parts and crew), which affect the vehicle’s performance. When a module is struck by an incoming shot it activates a “saving throw” roll, which if successful, negates the incoming damage to only 30%. Most damaged and all destroyed modules affect the vehicle’s performance. In the future, we plan to have module damage play a more prominent role in AW’s gameplay. 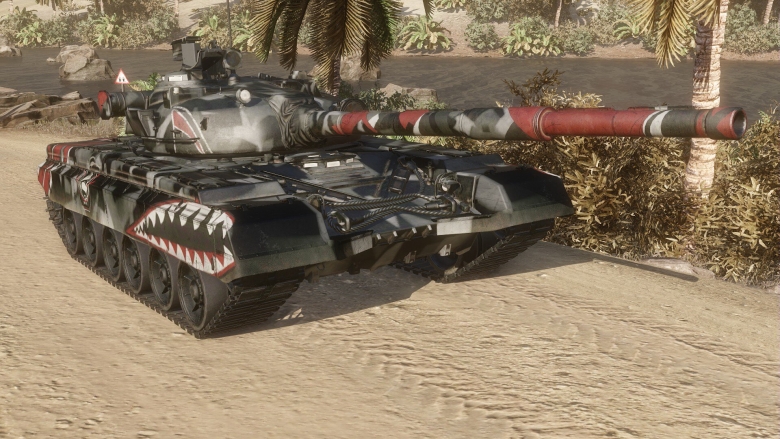 Question: Will the T-64A Hunter ever be implemented on the EU and NA servers?
Answer: That vehicle is reserved for a special purpose we have yet to reveal. It will likely not be available to obtain by other means.

Question: Are you planning to introduce more optimization steps?
Answer: Yes, we have several optimization changes slated for both 0.17 and 0.18.

Question: I know that you hinted at a new render system before. If there is such a system in the works, can you give us any update?
Answer: The new changes to the render system should be making their debut in 0.18.

Question: Is PvP matchmaker currently considering vehicle roles such as “spotter” or “support”? Will we get the feature later?
Answer: Currently, the Matchmaker only considers vehicle class and tier. More specific roles are not accounted for as this would increase the queue times even further than we’d currently feel comfortable with. However, we do recognize that currently there is an issue where there may not be a balanced number of 'spotting' vehicles on both teams. This is something we are looking to resolve with some changes to the vision system itself rather than enforcing stricter match making.

Question: Would it be possible to add an alternative armor package (similar to the Warrior's two armor upgrade alternatives) for the Leopard 2A7 that would more closely resemble the actual Leopard 2 armor upgrades that are currently being marketed?
Answer: We understand there are players who are not happy with the current Leopard 2A7-140 model. It’s something we will definitely consider, but not in the immediate future.

Question: Would it be possible to add a PvE-only consumable that, upon use, would spawn a friendly bot arty with the sole objective of engaging in counterbattery fire against the enemy bot arties?
Answer: This specific type of deployment is not planned, but we have been discussing the potential of adding other “deployment” mechanics to IFVs.

Question: Has there been any thought given to the implementation of "tank snorkels" to allow MBTs to drive under water?
Answer: Not at the moment.

Question: Have you ever thought about making a Youtube series like Inside the Chieftain's Hatch with modern tanks?
Answer: This is something we’d love to do when we have more resources to devote to it.

Question: Do you have other special edition bundles planned?
Answer: Yes, there are more such vehicles planned.

Question: Will there be an option to fire missiles on the move for the AFV class?
Answer: Yes, we are currently looking at giving vehicles which could historically fire ATGMs on the move the ability to do so in-game. Additionally, we are going to remove the wait time imposed after stopping before you can fire your ATGM. These changes are very likely to appear in 0.17.

Question: Are there any plans to change the auto cannon system?
Answer: Yes, it will undergo a complete rebalance, the nature of which will be announced as a part of our Vehicle Balance pass. In short, autocannon penetration, clip size and damage will all be coming down.

Question: Will the developers be looking into the spawning system of AI tanks?
Answer: Yes! Update 0.17 is introducing a new PvE proximity spawn system. AI opponents will no longer spawn directly on top or directly behind you!

Question: When can we see the render model of Altay?
Answer: The Altay MBT is not planned for 2016.

Question: Will it ever be possible to change the camouflage on premiums such as Merc or ICE edition vehicles?
Answer: We are considering that option, but we have not made a clear decision on the matter yet.

Question: Will there be a Chat system overhaul? The current chat window system is lousy!
Answer: Yes, this is definitely something we will be looking into as part of our ongoing UI improvements.

Question: Will the overpenetration mechanics ever return?
Answer: Yes, its return is planned as part of our Vehicle Balance pass

A summary of information about the future of Armored Warfare straight from the developers, this time with the answers about Update 0.17