The final skins of this year’s German set (next to the Leopard 2A4 and Leopard 1A5) are the East German ones. We’ve prepared three of them. 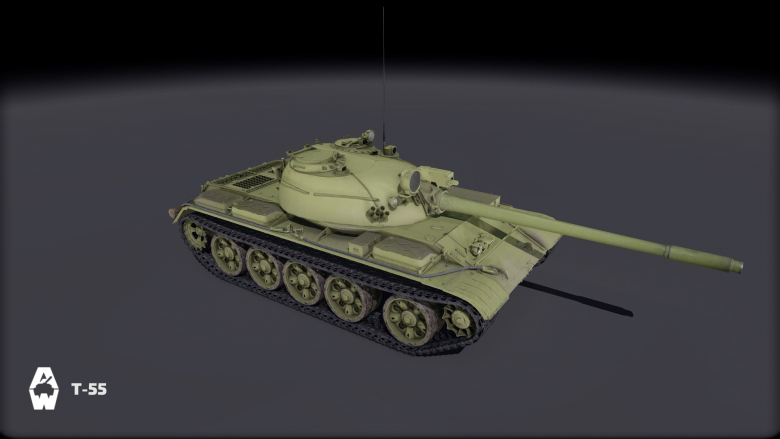 KPz T 55 is a skin for a vehicle pretty much everyone owns – the T-55 progression Main Battle Tank. But first things first. We are aware that the T-55 model we have in the game really isn’t a T-55 at all. That’s right, it’s a T-54 – you can tell (amongst other things) by that mushroom-shaped object (ventilator cover) on the rooftop. As a part of this skin pack, we have changed the base model to match the T-55 better by removing the cover and adding a number of other smaller details that set the tanks apart. 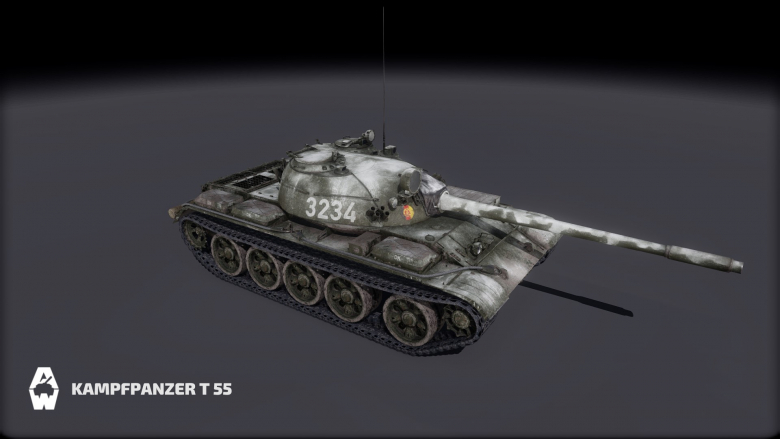 As for the skin itself, it represents a Czechoslovak-made East-German T-55 in winter camouflage from the late 1970s and the early 1980s. Aside from the obvious markings, the vehicle’s green color is partially painted over by a thin white layer of paint (possibly lime). Applying the skin will also change the name of the vehicle to its German designation (KPz T 55). 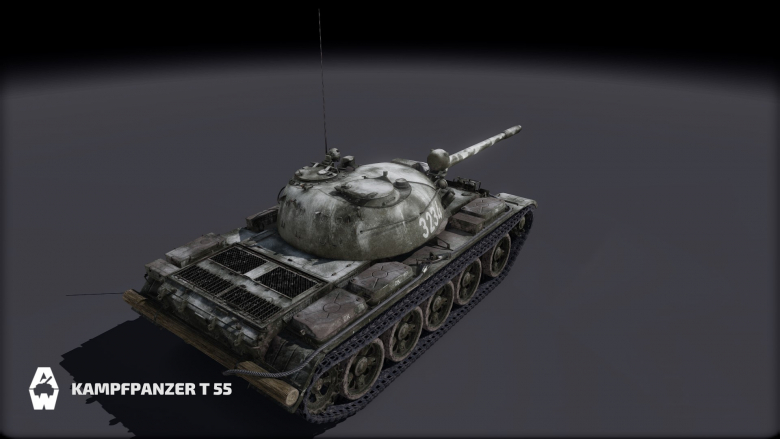 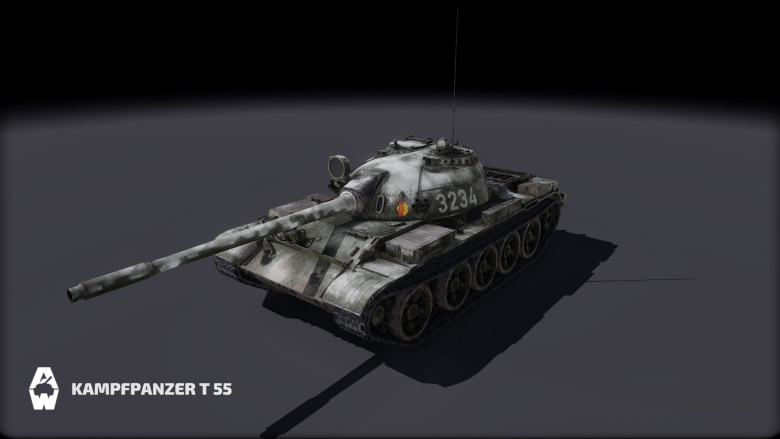 SPz BMP 1 is a skin for the progression BMP-1 progression AFV. The BMP-1 IFV was used extensively by the East German military (Nationale Volksarmee) with 1133 units of Soviet and Czechoslovak origin delivered between 1974 and 1981.After the fall of the Berlin Wall, some of the surviving BMP-1s were adopted by the Bundeswehr (the NVA was disbanded in the October of 1990 along with East Germany) and upgraded to BMP-1A1 Ost, the rest was sold off. 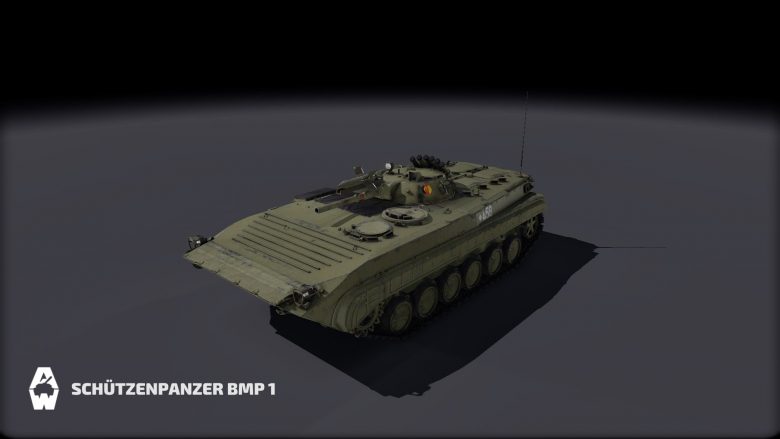 Our BMP-1 skin is based on a BMP-1 belonging to the 7th Motor Rifle Regiment “Max Roscher” (located in Dresden) that took part in the 1984 Schild 84 exercise. Aside from a winter camouflage (see below), all East German BMP-1s were khaki-painted with two East German crests on the turret. 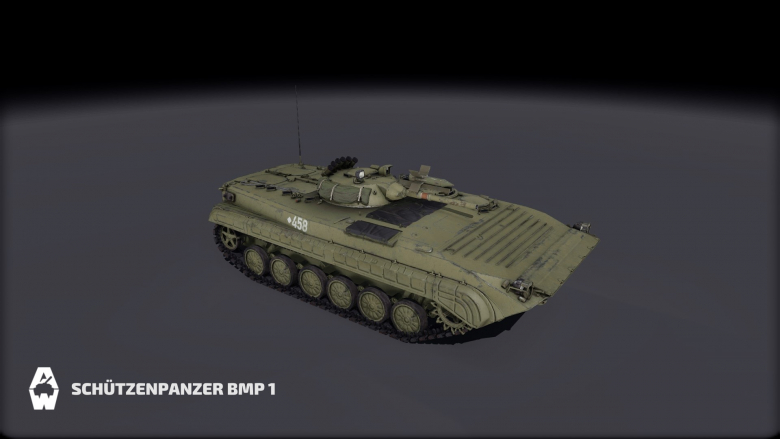 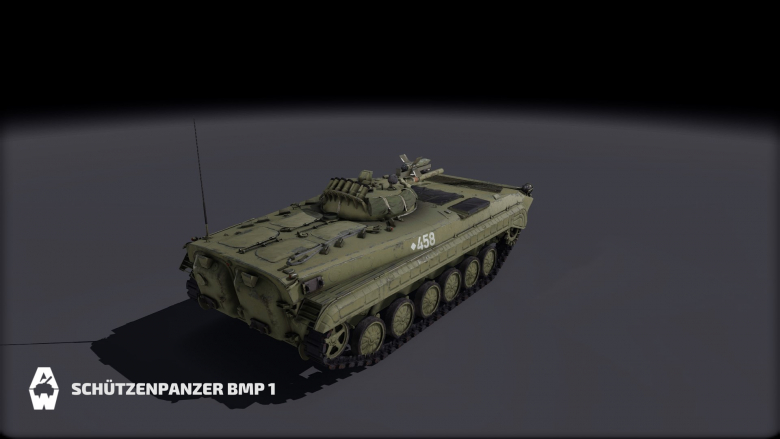 SPz BMP 2 is a skin for the BMP-2 progression AFV. Unlike the BMP-1, the East German military didn’t use the BMP-2 much. Only 23 were imported from the Soviet Union in 1983 and one more in 1985, bringing the total service number to 24. These went exclusively to the 9th Panzer Division located in Vorpommern-Greifswald. 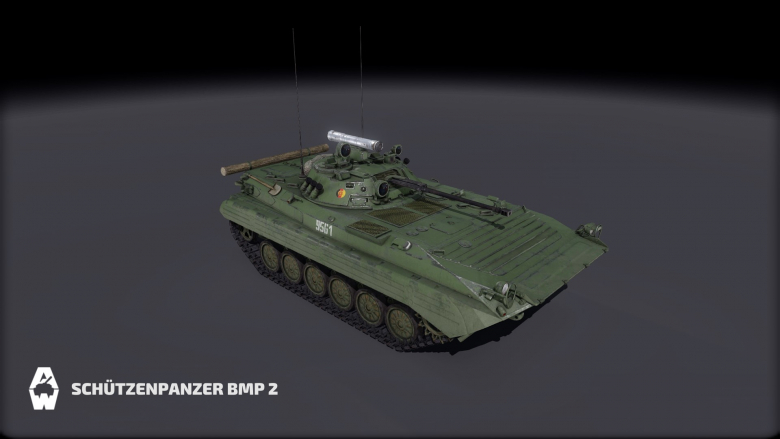 Our BMP-2 skin is based on a vehicle belonging to the 9th Motor Rifle Regiment “Rudolf Renner”, as seen in Berlin during a 1984 military parade. The vehicle was later photographed during various military exercises. 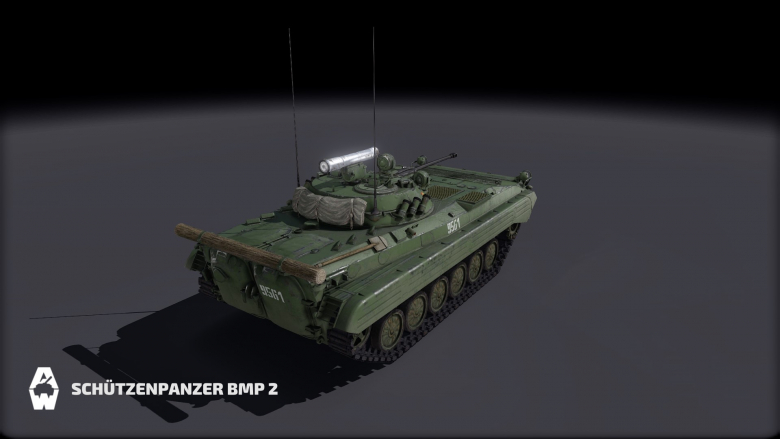 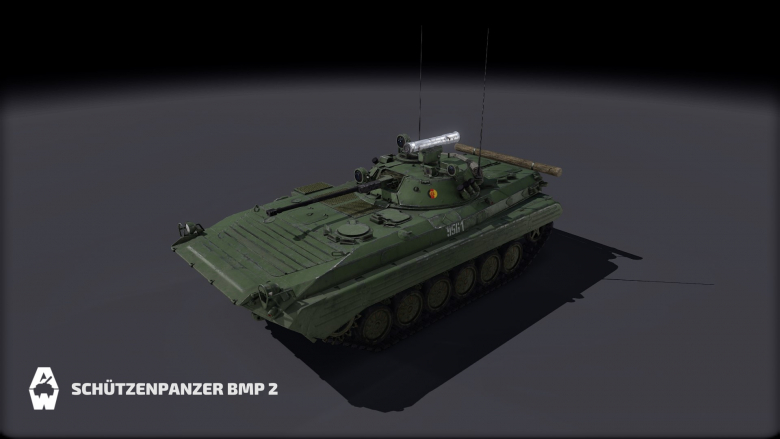 All these skins will be available together during the celebrations along with an East German Winter camouflage that consists of a green base paint covered with white spots. And, of course, a proper East German military crest decal and flag will be available to make your vehicles look the role. Don't forget to pick these up in a gift. 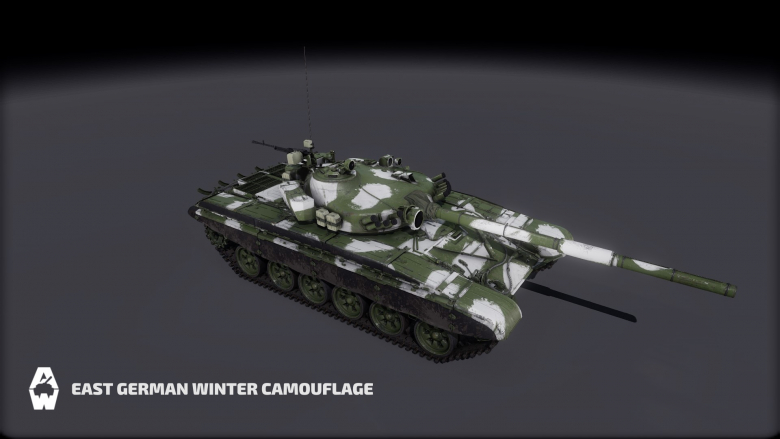 Learn more about the upcoming historical skin for the T-90 MBT that will be available soon in Armored Warfare!