We’re pleased to present our latest vehicle introduction for Armored Warfare! Meet the BMP-2, one of the most famous Russian infantry fighting vehicles – several thousand of these were produced. The BMP-2 is a tier 4 IFV in Armored Warfare, capable of fulfilling reconnaissance duties and under certain circumstances of even knocking out enemy tanks. Its automatic cannon is effective against lightly armored vehicles such as light tanks and artillery and its anti-tank guided missile system can deal with almost any foe it encounters on the battlefield. Last but not least, it’s possible to equip the BMP-2 with smoke grenade launchers.

Because it’s a tracked vehicle, the BMP-2 is not as fast compared to its wheeled AFV counterparts, but it more than makes up for this with its superior agility and off-road capabilities and even though it doesn’t have excellent maximum speed and view range, it is equipped with powerful armament, making it an excellent killer of enemy scouts. 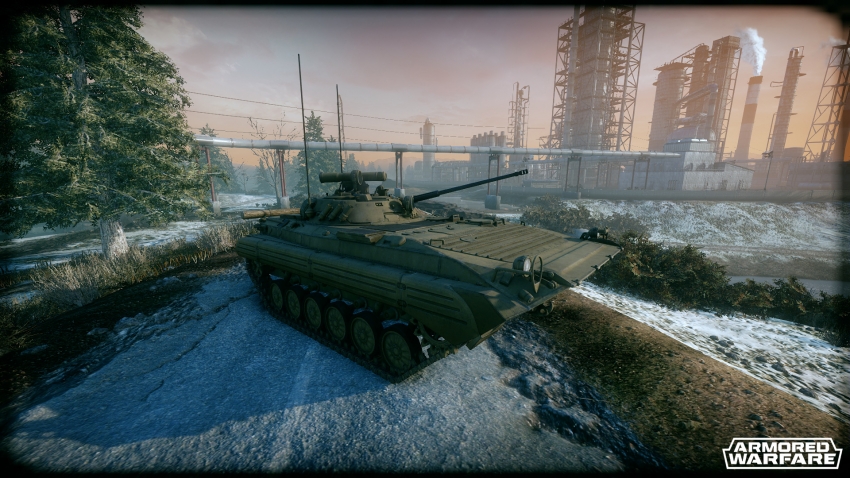 The birth of the BMP-2 was a long and arduous process. Starting as an upgrade program to the much more common and ubiquitous BMP-1 vehicle, its true raison d'être was the relative impotency of the 73mm 2A28 “Grom” gun, chosen earlier by the Soviet military charmed by its large caliber. The gun was originally equipped with HEAT shells only (the high explosive shells for it were introduced in 1974, almost a decade after the BMP-1) and was designed specifically to knock out even armored targets, a task it was not capable of fulfilling sufficiently. At the time of its introduction, the BMP-1 was advertised as the best-armed IFV in the world and as such, it turned out to be exceptionally difficult for the Soviet designers from the Kurganmash development bureau to convince the military that the infantry in fact required a different type of main IFV armament. 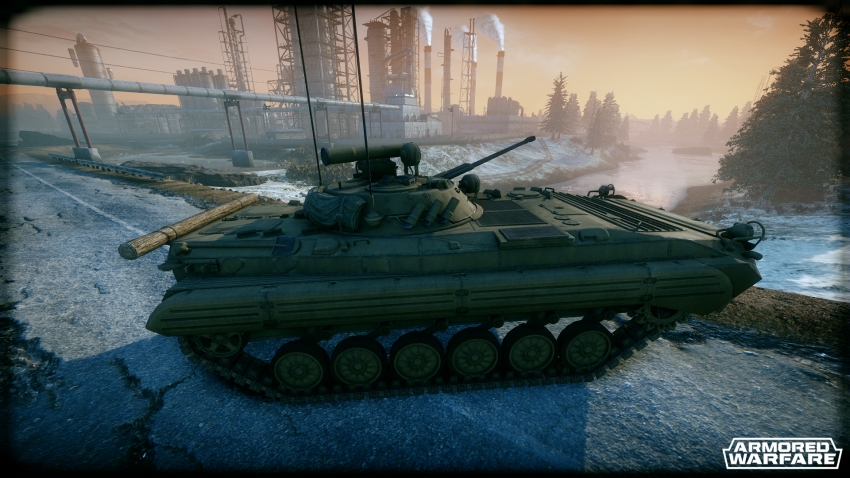 In the end, the 30mm automatic cannon 2A42 was selected as the optimal variant over an improved version of the original 73mm gun because of two things: first, it was capable of laying down infantry support fire far better than the original “Grom” weapon (or its longer, improved version called “Zarnitsa”). But what was equally as important – by the early 80’s, NATO started using attack helicopters en-masse as tank killers and the 30mm gun mount was designed with this in mind, making the vehicle capable of engaging even flying targets. 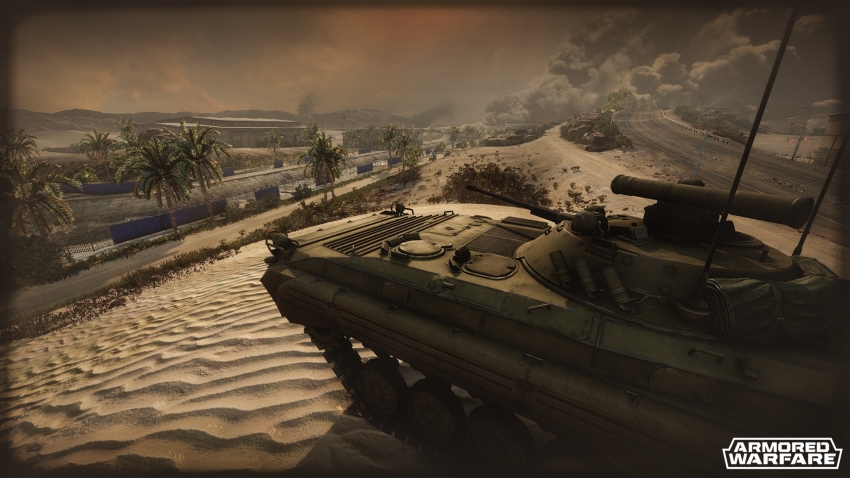 The BMP-2 was eventually formally accepted in service in 1980 – by that time, a trial batch was already serving in Afghanistan. Apart from the abovementioned war, the BMP-2 was actively used in Chechnya and the Iraqi army deployed this vehicle extensively during the Gulf and Iraq wars. According to some sources, the production was halted in 2008, but this vehicle still remains in service in the armies of the Russian Federation as well as in many other countries and it will be seen on the battlefields for years to come. You will be able to play the BMP-2 in Armored Warfare Early Access. 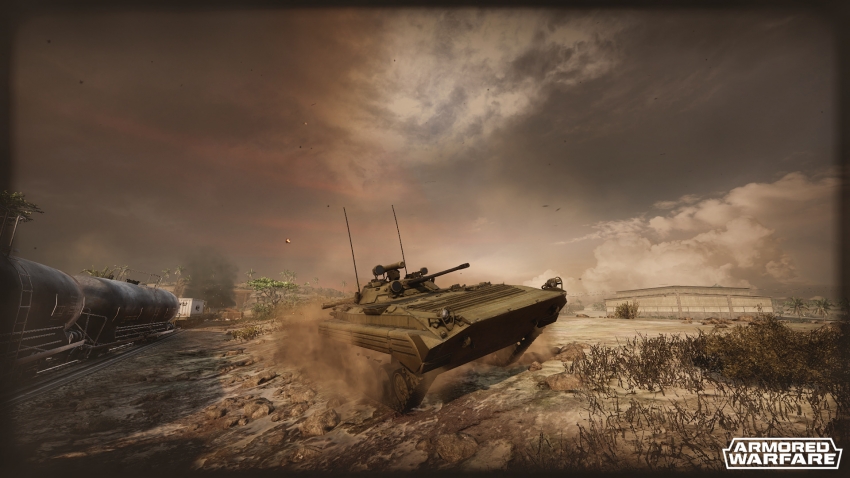 In the game, you’ll be able to upgrade your vehicle with numerous modules - for example, players will be able to unlock and mount the more powerful UTD-23 engine, replacing the standard UTD-20. The “Spigot” ATGM can be replaced with the “Spandrel” and the 30mm armor-piercing shells can be upgraded from 3UBR6 to 3UBR8. But that’s not all – you will also be able to use alternative ammunition for the 30mm 2A42 gun, such as the 3UOR6 HEI-T rounds – while this type of ammunition lacks the penetration of the armor-piercing shells, it does much more damage and has a higher chance of setting enemy tank fuel and engines on fire. 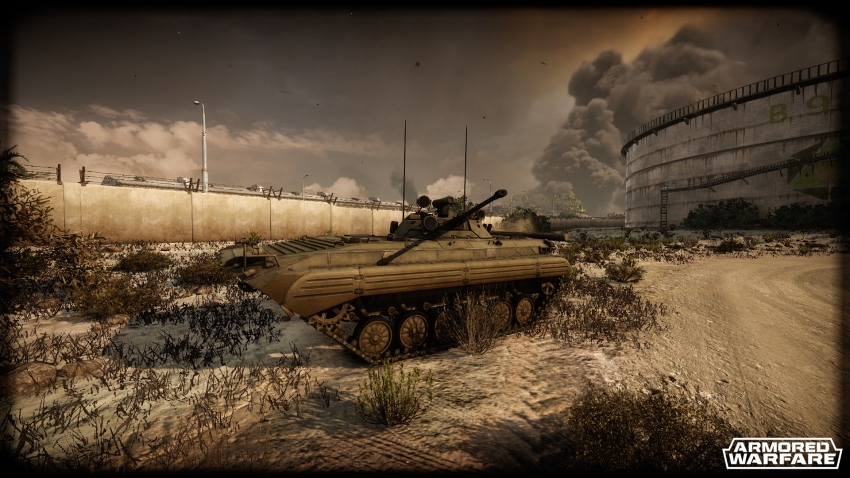 When playing this vehicle, positioning is the key: your excellent gun elevation will allow you to hit the targets above you without having to fear enemy retribution, but the gun depression is rather poor – you will have to be careful when crossing hills and other terrain obstacles. 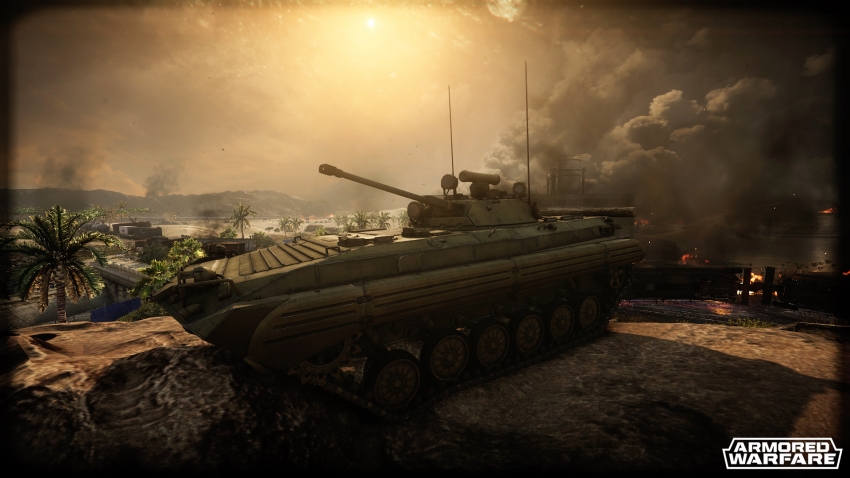 In Armored Warfare battles, this vehicle’s role is very important. Apart from being an excellent scout, it can also – thanks to its class bonus – capture bases twice faster than normal and while it is perhaps not as fast or nimble as other scouts, it’s completely capable of crushing even heavier targets with its superior firepower while retaining relatively good armor for its class. You will love having this vehicle on your side and a well-aimed missile fired by a skilled player is sure to ruin more than one careless tanker’s day