The crown jewel of the upcoming Battle Path will be the Object 195 Main Battle Tank.

The Object 195, which is sometimes also known under its marketing name T-95, is a result of the same line of thought as the Black Eagle, but with one significant difference. It has a really, really big gun so it can deal with literally anything it comes across. 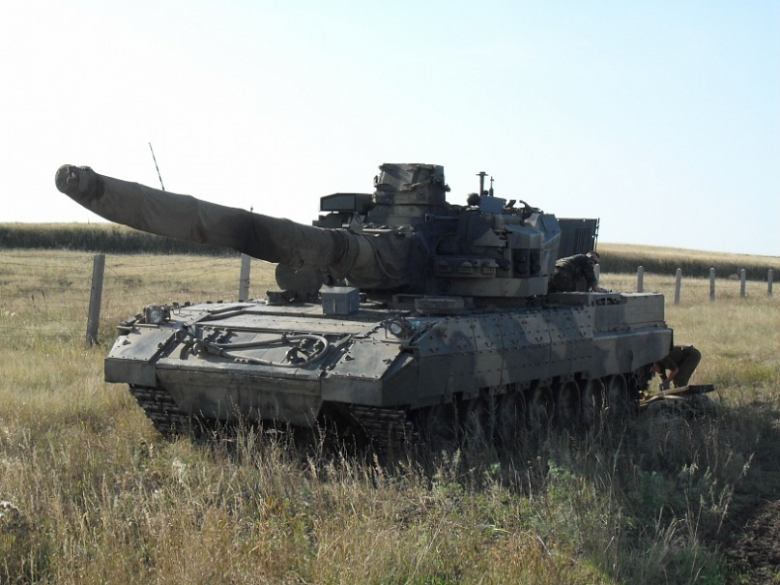 Object 195 was originally designed to become the future fourth generation Main Battle Tank. It was developed in Nizhny Tagil by the experienced Uralvagonzavod design bureau (UKBTM), which was responsible for such legendary tanks as the T-72 and T-90.

The actual development was probably initiated in the Soviet Union in the late 1980s as part of the “Sovershestvovanie-88” (Improvement-88) military program to upgrade the Soviet tank fleet with something more powerful that would completely outclass its western opponents – the ultimate battlefield predator with unparalleled firepower and protection levels.

The program had four cornerstones:

Several decisions were made based on these requirements. The vehicle had to have multiple weapons systems. These weapons would be using as advanced ammunition as possible and were to be operated remotely. The fire control system was to include advanced optics and a thermal imager. Protection levels were to be twice or even three times as high as that of its contemporaries. The engine was to be a diesel or gas turbine of at least 1500hp with hydro-dynamic suspension to ensure the best off-road characteristics achievable and high fire accuracy on the move. And last but not least, the vehicle was to be equipped with an internal electronic management system capable of signaling any issues to the crew.

The developers hoped each of these vehicles would be able to carry out three times as many combat missions from deployment to eventual destruction in combat compared to other tanks of the time.

The development progressed well but seems to have been interrupted after the fall of the Soviet Union due to a lack of funding. Interestingly, unlike other Soviet era projects, it was revived after approximately a decade. The second development phase took place approximately between 2000 and 2008.

The most important feature of Object 195 was its unmanned turret armed with a massive automatically loaded 152mm 2A83 gun. The ammunition was not fed into the gun from a bustle, but from a carousel located below the turret. The vehicle was also armed with a 30mm 2A42 autocannon for softer targets.

The crew was completely isolated from the weapon system. The two crewmembers (reduced from the standard three of other Soviet tanks) were located in the frontal part of the vehicle, where they were protected not only by massively thick frontal armor but also by the armored capsule they sat in. This layout protected the crewmembers not only from enemy shell hits, but also from ammunition explosion or burning fuel. 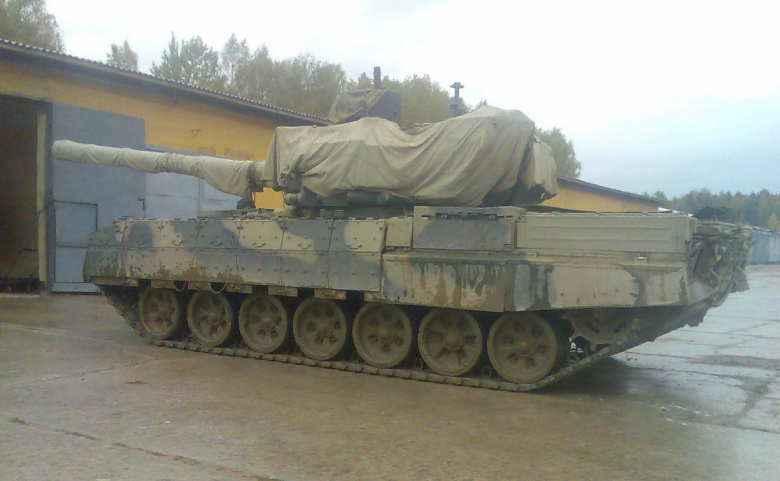 The project counted on an undisclosed type of newly-developed diesel X engine producing around 1500hp and – as mentioned above – on hydro-pneumatic suspension. Officially, the engine type is not known, but some sources speculate that it might be the A-85-3 12-cylinder turbocharged diesel engine from Chelyabinsk, producing some 1650hp (or even 2200hp in its supercharged version).

The suspension was of a new type – it probably used some T-72 components but generally was not copied from any other tank.

One of the reasons for the development of such an advanced vehicle was the need to develop a very well-protected tank within the weight constraints specified by Russian military requirements. As a result of these considerations, the vehicle, weighing around 52 to 55 tons (sources vary), was quite light for its weapons category. With some 27 hp/t power-to-weight ratio, the acceleration, maximum speed and agility were very likely quite impressive, although all three remain classified. The numbers published (80 km/h maximum speed etc.) are very likely little more than general estimates.

A single prototype was built and it allegedly passed state trials between 2008 and 2010 (sources vary), but by 2010 the project was discontinued due to a lack of financing. On April 7 2010, the deputy defense minister, Vladimir Popovkin, publicly announced the termination of the project because the then more than two-decade-old project was obsolete.

The prototype was shown to several journalists in July 2010 and Uralvagonzavod released several ambiguous statements but no more information appeared on the vehicle until the appearance of the Armata platform. Much like the Black Eagle, Object 195 development served as a source for some of the Armata solutions and elements. 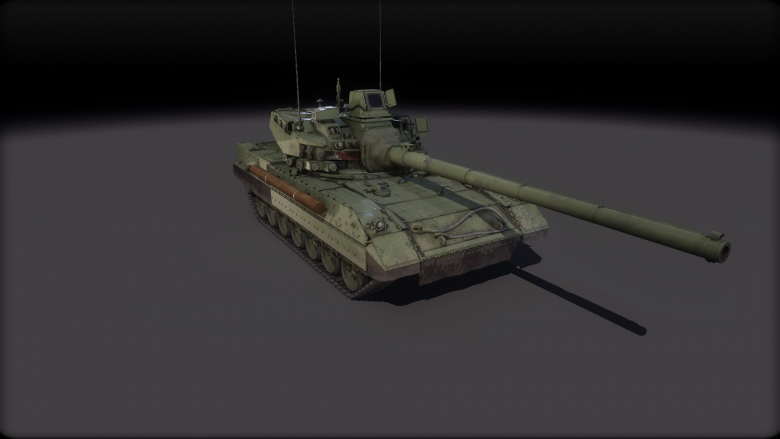 In Armored Warfare, the Object 195 will be a Tier 10 Premium Main Battle Tank.

All things considered, in its basic form, the Object 195 will be quite similar to the 152mm version of the Armata MBT, so if you are familiar with either the standard Armata or its Premium counterpart, you already know what to expect. 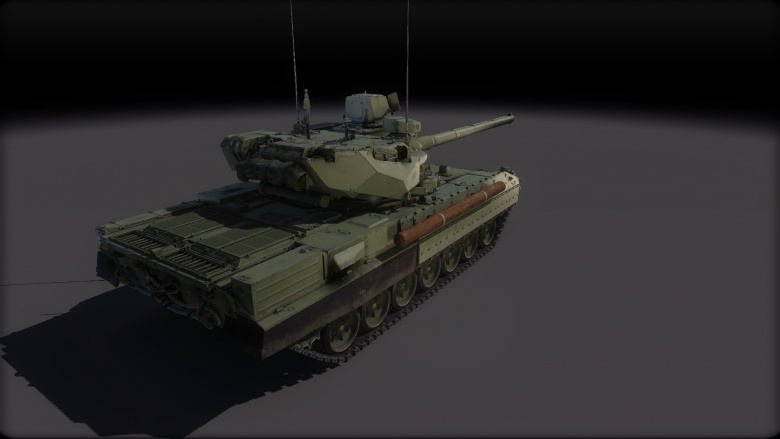 Protection-wise, it’ll be almost the same, with one exception – Object 195 will not feature the Supercharged APS ability, or, for that matter, the Afganit APS itself. Instead, it will be equipped with an older combination of Shtora-2 soft kill APS and a hard kill APS called Shtandard.

Firepower-wise, there’s of course the trusted 152mm 2A83 gun installed in an unmanned turret. However, unlike on the Armata, there’s also a 30mm autocannon available with its own complement of shells. What that means is that you can switch between 152mm shots to your autocannon in order to do some extra damage, or that you don’t have to waste your precious main gun shells on some very light targets. The guns can elevate to +14 degrees and depress to -7 degrees. The rate of fire, accuracy and other similar values will be the same as on the 152mm Armata. The 152mm gun fires APFSDS and HE shells, the 30mm autocannon fires APDS shells only.

The same more or less goes for the tank’s mobility. Its 57 tons are propelled forward by a 1500hp diesel engine, allowing it to go as fast as 70 km/h. 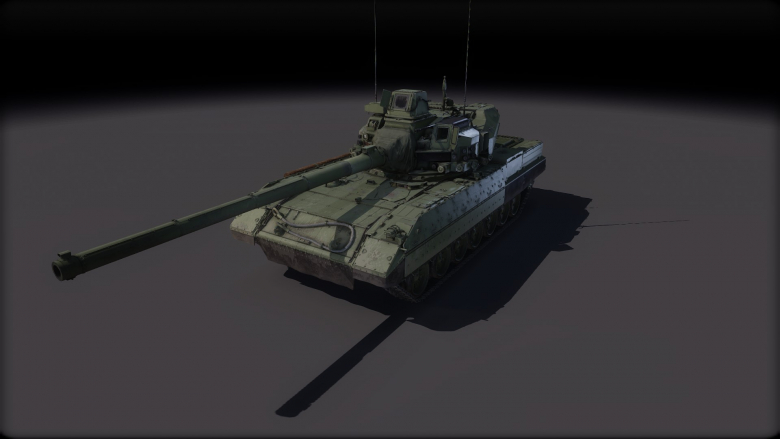 Last but not least, the vehicle will be available with three active abilities to choose from:

We hope that you will enjoy this long-awaited Main Battle Tank and, as always:

The Apocalypse season is now available!