Last week, we’ve unveiled the Kurganets-25 as one of the prizes of the upcoming Echoes of War Battle Path. This week, we’d like to tell you a bit more about another of these prizes, a Russian ATGM Tank Destroyer called Khrizantema-S. 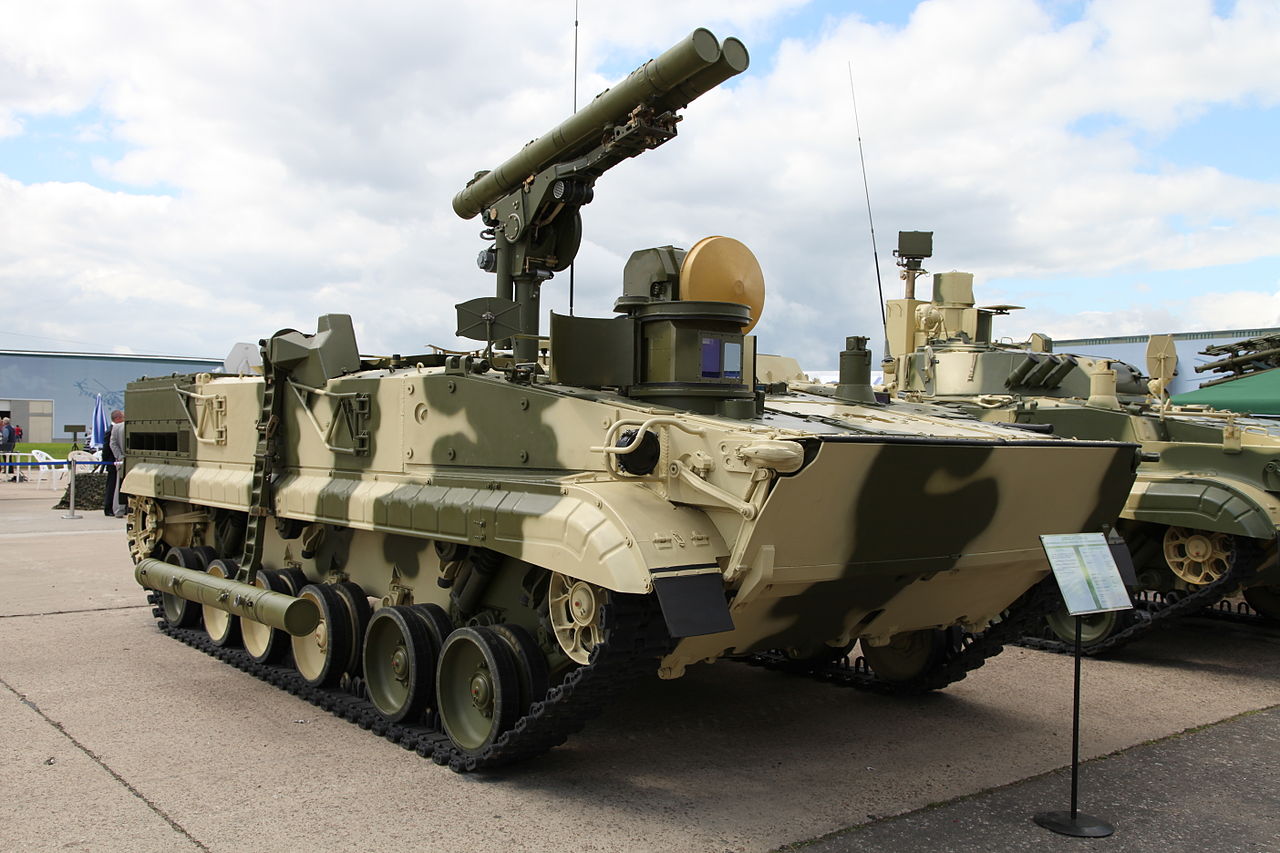 A little history first, as usual.

The development of a next generation anti-tank guided missile for the Soviet Union started as early as the 1980s, but the first Khrizantema (“Chrysanthemum”) ATGMs became available only after its fall, in 1996. These laser-guided missiles were very advanced for their time, but also quite expensive, preventing its proliferation. They come with two warhead types – tandem HEAT (9M123 and 9M123-2) and thermobaric (9M123F and 9M123F-2).

The 9M123 Khrizantema ATGMs are relatively large (they are 2.04m long) with their caliber being 152mm. Their parameters are as follows:

They are fairly universal and can be launched from the Mi-28 Havoc attack helicopter and a launching platform called Khrizantema-S. 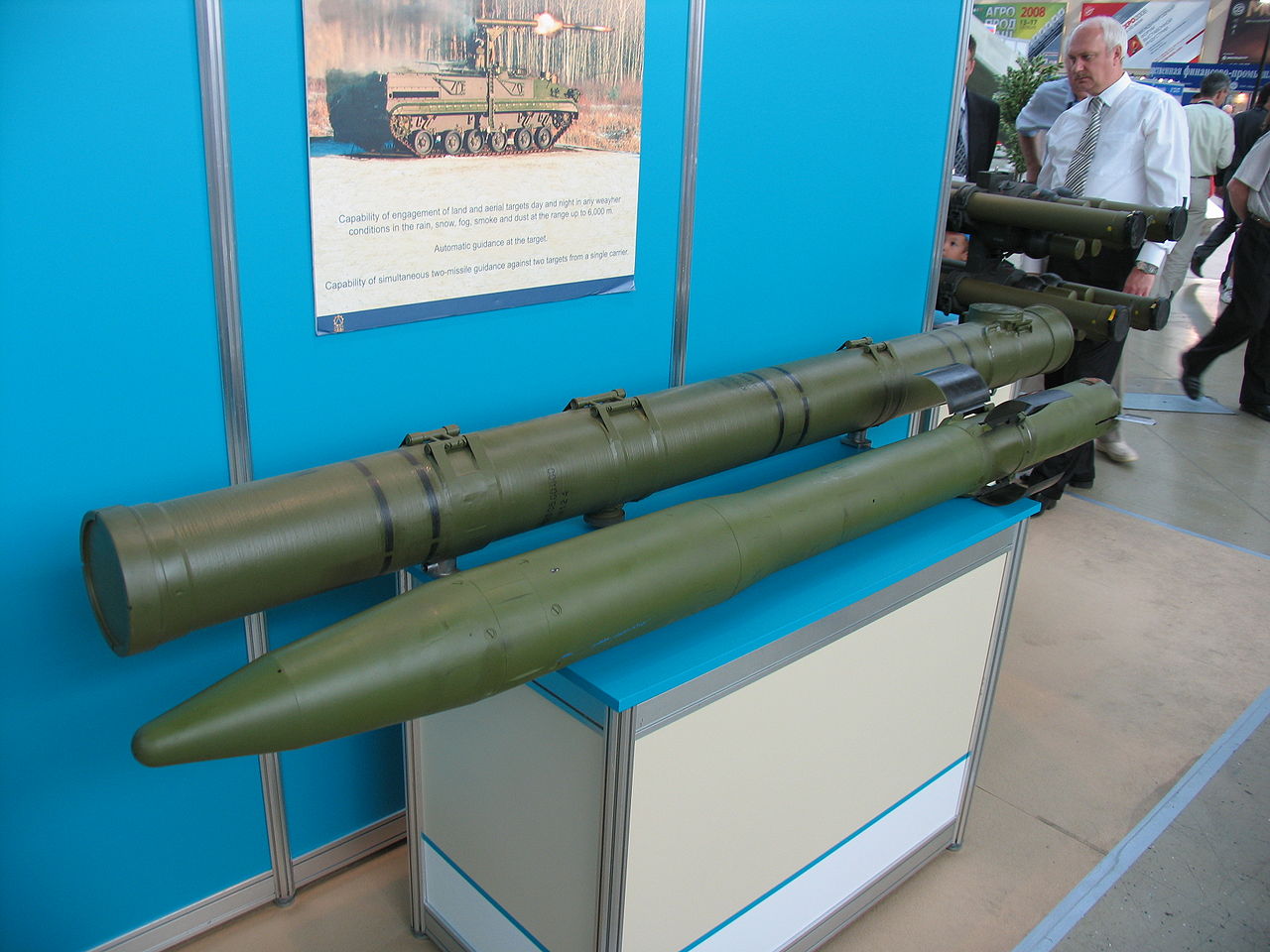 The Khrizatema-S is a dedicated tank killer with advanced optics and electronics and a dual launcher that extends from its BMP-3-based hull (the vehicle even retains BMP-3’s ability to swim). It can track several targets at once and devastate it at long distances while the main body can safely stay behind cover.

The hull is made of aluminum, much like the one of the BMP-3 IFV. It is, however, reinforced with steel plates at the most exposed places, which does not make the vehicle lose its amphibious capability. It weighs roughly 18.7 tons and has a crew of two – one driver and one weapon system operator.

The first Khrizantema-S prototype appeared in public as early as 1996 (during the EUROSATORY expo in Paris) with the initial production variant (9P157) entering service in 2005. Around 2010, an upgraded variant called 9P157-2 appeared with a modernized Ukrainian optics system and a hull machinegun the original model lacked. This variant was in use until 2017.

Recently, another modernized 9P157-2 variant appeared, featuring a new Belarusian optics system, a thermal imager, improved missiles and electronics. It went through the state trials and was accepted in service around 2017-2018. Additionally, the original 9P157 Khrizantemas were (or are being) upgraded to the same optics system in order to increase their combat value.

In battle, Khrizantema-S units operate as long-range tank hunters both in offense and defense. According to Russian sources, they are capable of destroying any western tank at 6km or so. 79 vehicles of this type were built to date, with:

The Libyan vehicles have definitely seen some combat during the Libyan Civil War, although the results of their deployment and their losses are unclear. 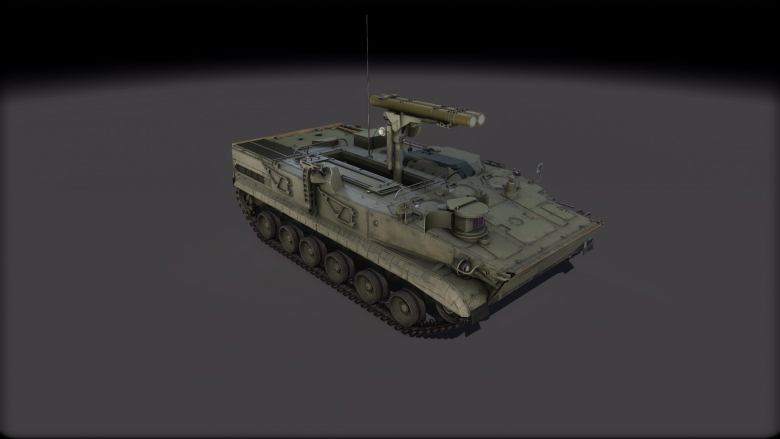 In Armored Warfare, the Khrizantema-S will be a Tier 8 Premium Tank Destroyer. As you can probably see from its design, this will be a long-range missile tank destroyer with a twin ATGM launcher.

Protection-wise, we’re looking at aluminum armor reinforced with steel with the front of the vehicle being able to withstand roughly 30mm autocannons. The other sides of the hull are protected against machineguns. The Khrizantema-S does not have an APS. 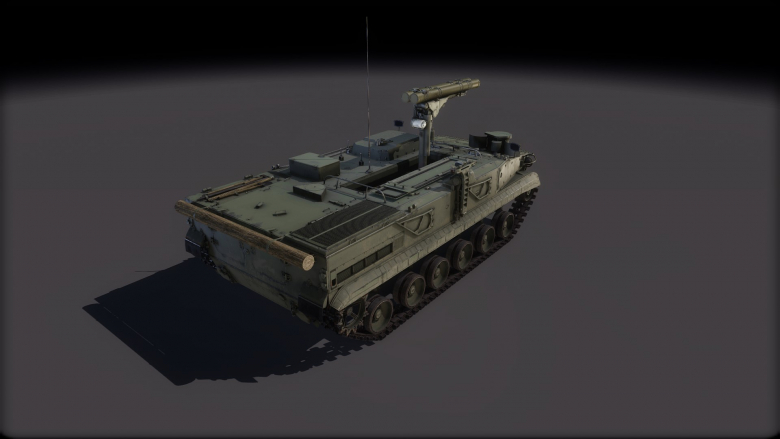 Mobility-wise, the vehicle will be pretty well-off with its tracked suspension performing better off-road than, for example, the Mephisto. Much like the BMP-3, whose chassis it borrows, the Khrizantema will be quite agile and will accelerate well thanks to the combination of its low weight (19 tons) and a powerful engine (500hp UTD-29) – its maximum speed will be somewhere around 70 km/h.

But, much like the other missile Tank Destroyers, the Khrizantema will be all about long-range firepower. It will feature an extended twin missile launcher (the similar idea was utilized in the design of the Stalker AFV) that will allow it to fire over obstacles. Two ATGM types will be available:

It will be possible to fire two of these missiles in rapid succession (2 seconds between launches) with the magazine then taking 12 to 15 seconds to reload. The launcher will have a limited arc of fire (85 degrees to each side from the vehicle’s axis), will depress to -5 degrees and elevate to +15 degrees. You’ll be able to select one of two firing modes – each missile separately or both being launched at once. It’s also worth noting that, compared to the Mephisto, the missiles will fly much faster. 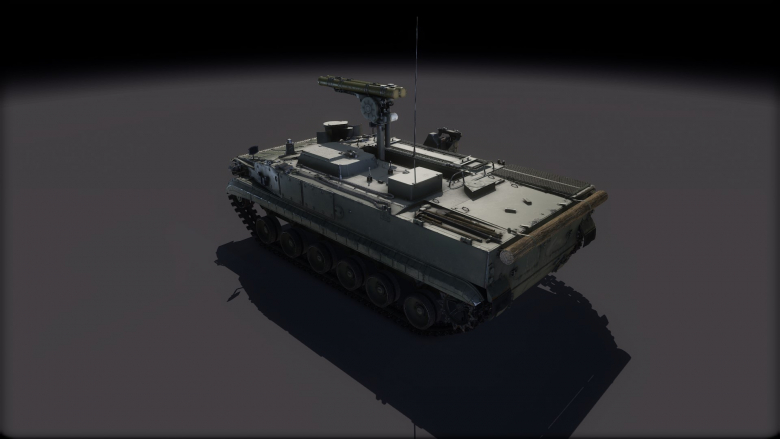 This firepower will be complemented by a decent camouflage factor (26%) and adequate viewrange (380m). The vehicle will also feature the Radar Active Ability, trading its camouflage for more viewrange.

As the abovementioned pieces of data suggest, the key to achieving excellent results with this machine will be long-range ATGM sniping followed by rapid relocation. The missiles will be quite powerful and will make hits easy thanks to their excellent performance. On the other hand, you will only have two of them loaded, which means you have to make the launch count. Using terrain to cover your hull will be essential. As such, the vehicle will require solid knowledge of in-game maps, making it more suitable for experienced players.