In today’s article, we’d like to introduce you to the final Update 0.30 progression vehicle, the M8 MGM-166 Tier 10 Tank Destroyer, also commonly known under the term LOSAT (Line-of-Sight Anti-Tank). 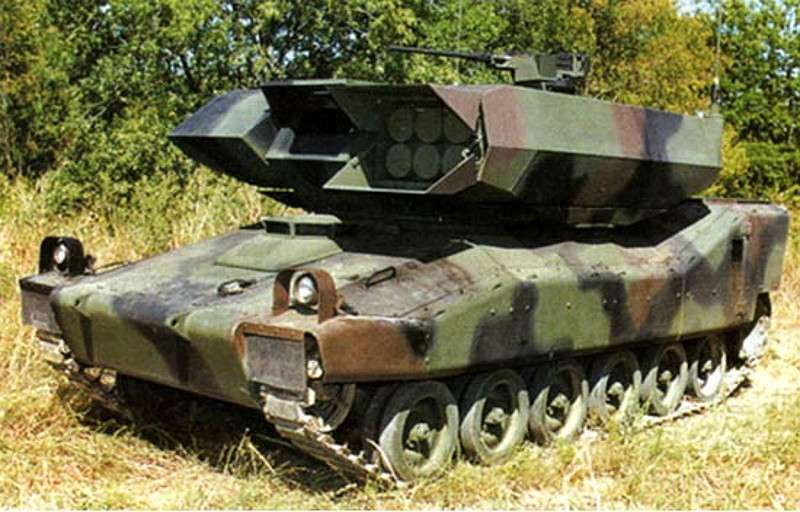 Of course, if you are following the Armored Warfare news, you already know about the American LOSAT program because we discussed it in our recent article. If you are interested in its history, this article covers it in greater detail. In short, the idea was to develop a guided missile (first for the Air Force, later for vehicle use) that would destroy its target not with a HEAT warhead (the way ATGMs normally do), but with kinetic energy. Simply put, the penetrator would be so heavy and fly so fast that the impact would obliterate anything in its path.

The project (launched in the late 1980s) was actually fairly successful, but the collapse of the Soviet Union and the cancellation of many a military program that followed relegated it to the role of a technology demonstrator. Several types of kinetic missiles were developed from the late 1980s to the early 2000s and multiple platforms for the project were considered.

One of those platforms was the Armored Gun System, better known as the XM8 Light Tank. This platform was proposed by Lockheed sometime in the early 1990s (before the cancelation of the entire program) and consisted of a modified AGS hull (operated by a three-man crew) with a massive LOSAT launcher with 12 tubes on top of it. The launcher was lightly armored and had very distinctive opening doors covering the tubes, giving the vehicle a rather menacing look.

The machine weighed some 18 tons and was powered by the Detroit Diesel 6V92TIA 9-liter multi-fuel engine, producing between 550hp and 580hp (depending on what fuel it was running on). The combination of low weight and a powerful engine would, naturally, give it an excellent mobility.

But if the mobility was great, the firepower was truly excellent. The kinetic missiles by Lockheed would fly towards their target with the velocity of an APFSDS round (some 1500 m/s) but where an APFSDS rod would weigh some 6kg, the 162mm caliber missile weighed around 80kg and had a range of 5-7km (sources differ). Needless to say, the destruction of any target was all but assured.

In the early 1990s, these missiles received an official military designation: MGM-166. In the early 2000s, they cranked it up a notch with the MGM-166A model that would have the flight velocity of 2200 m/s.

Of course, there were downsides to the whole concept. For one, it was fairly massive and thus unusable on smaller platforms. The missiles would later be made smaller during the CKEM phase, but that happened after the original LOSAT program termination. And, secondly, these missiles had a massive minimum range of 400m. This was not deemed very practical because plenty of engagements statistically happened at fairly close ranges, but that’s how much the missile needed to accelerate to its striking velocity.

As for the MGM-166, it’s unclear what was actually built and when. The missiles were primarily tested either from stationary firing positions or on various cheap test-beds such as the Humvee. Images exist of a demonstrator on the AGS chassis but that seems to be just a model and the actual vehicle was likely not built. 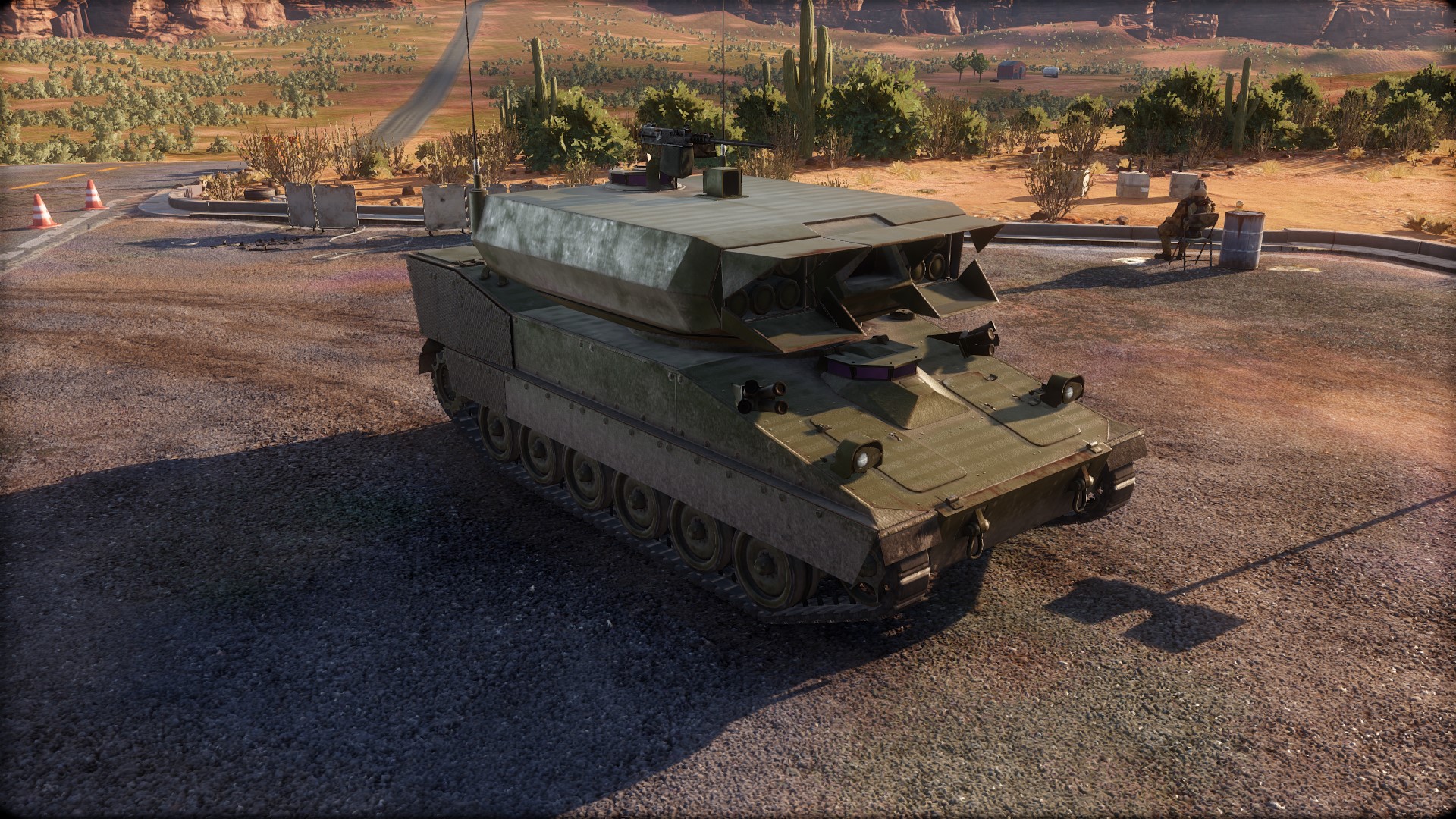 As was mentioned above, in Armored Warfare, the M8 MGM-166 will be a Tier 10 Tank Destroyer, unlockable from the T249 Vigilante. But, before we talk about the specifics of this machine, please note:

This vehicle will have fairly good mobility (acceleration from 0 to 32 km/h in 3 seconds, maximum speed 75 km/h) but will not offer much in terms of armor, including the frontal one. Military aluminum isn’t great for its Tier and will protect the vehicle basically only against autocannons – everything else will go right through, even at fairly long distances. Some degree of additional protection will be provided by the soft-kill APS the vehicle will carry.

But, as you have probably already guessed, this vehicle will be – much like many other Update 0.30 machines – all about firepower. Its main weapons will be kinetic missiles with rather unique mechanics.

These massive missiles will fly fast and will be extremely destructive. They will, however, take some time to accelerate in order to reach their full potential. What this means in game terms are the following advantages:

However, there are also some significant drawbacks to them:

The 12-tube launcher will allow it to fire one missile per 5 seconds before having to reload for a considerable amount of time. 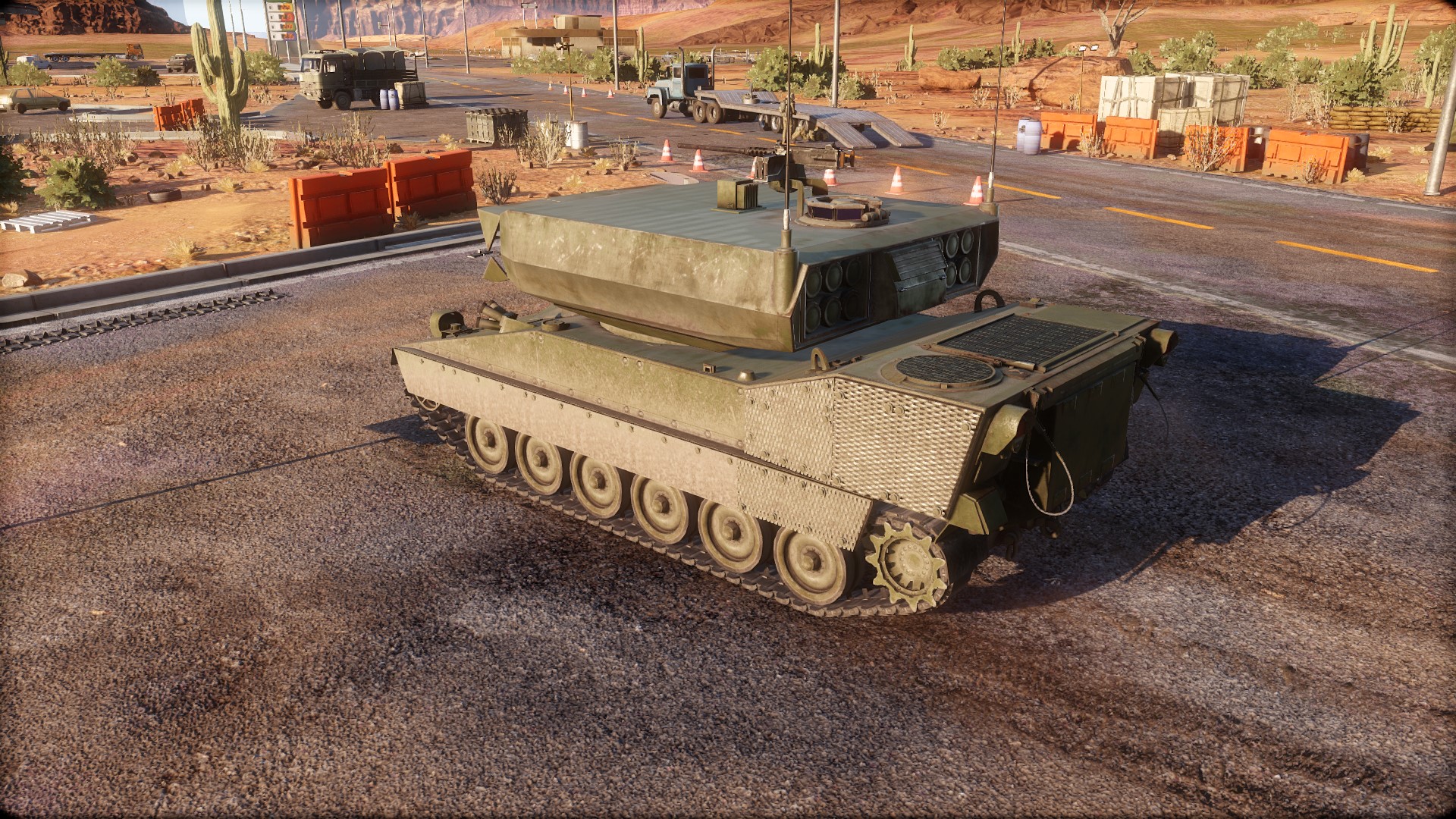 The vehicle will also be fairly large and thus won’t have that big of a camouflage bonus (27%), although its view range will be excellent (400m when mobile, 500m when standing). The vehicle will also feature the Engine Overdrive active ability, allowing it to move faster for a limited period of time.

Put this all together and you will have the ultimate sniper of Armored Warfare – a vehicle so specialized in long-range combat that it will be all but useless at closer distances. The first and the most important rule for this Tank Destroyer is to avoid brawling (or even medium range combat) at all costs – once it’s spotted, it will become a prime target for every enemy on the battlefield due to its destructive nature and its thin armor will not protect it for long.

Assuming a good position is therefore of paramount importance, as is the intimate knowledge of each and every PvP map in the game – as you might have guessed, due to its nature, the M8 MGM-166 will not be very suitable for PvE , much like the Kornet. It is imperative that you stay as far from the frontline as possible and support your allies from a safe distance. 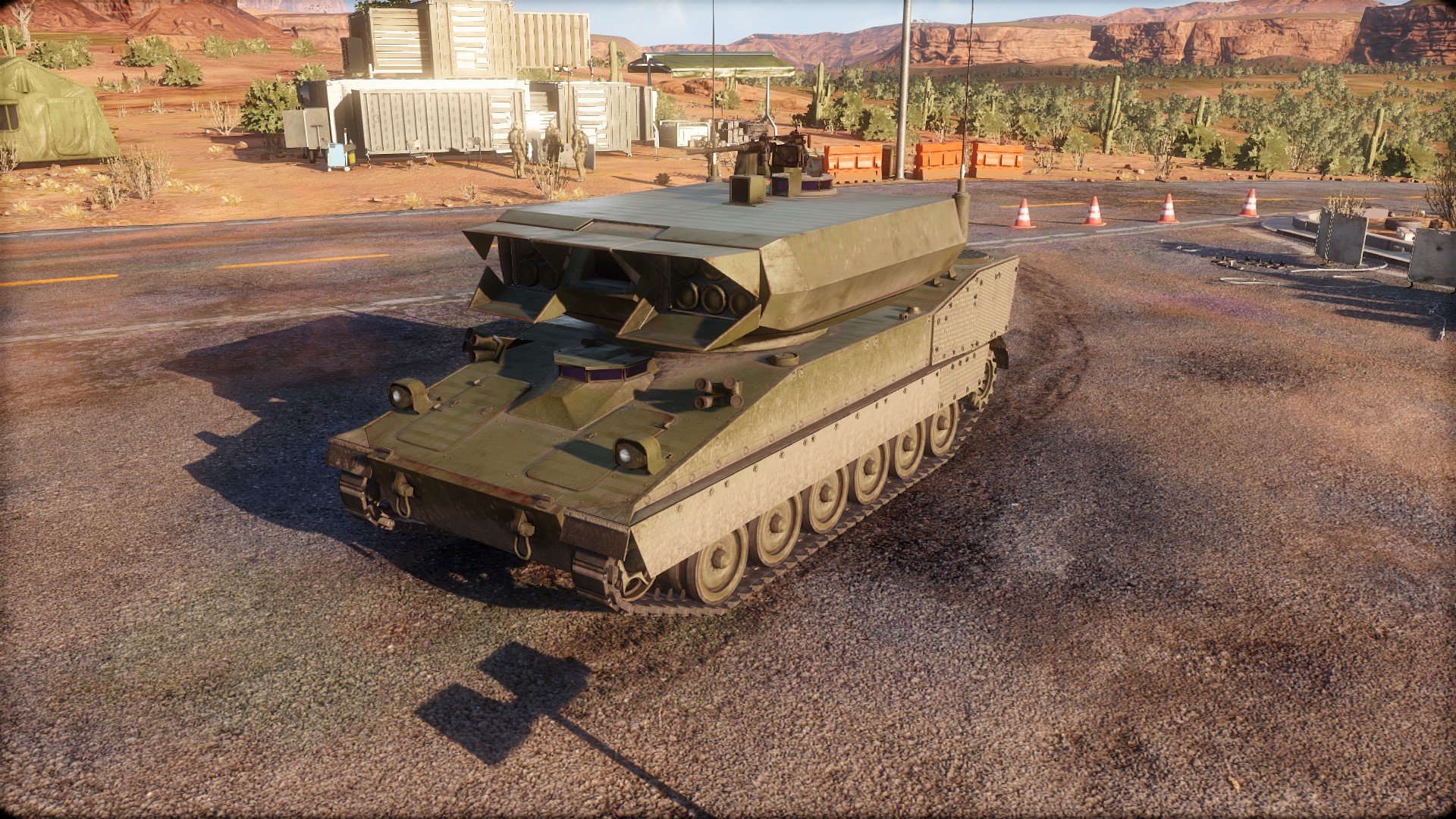 Despite its excellent spotting abilities, this vehicle will ultimately have to rely on other players to spot, making it an excellent addition to organized gaming (platoons, Battalion Ranked Battles).