This month in our Branch of the Month series, we’ll be focusing on one particular Russian MBT line – the vehicles designed and built by Uralvagonzavod.

Uralvagonzavod (or UVZ) was founded in the 1930s during the Soviet industrialization initiative in Nizhny Tagil in the Ural region. The plant was initially named after “Iron Felix” Dzherzhinsky and produced, as its name suggests to this day, railway wagons.

That all changed during the Second World War when the famous Kharkov tank plant was evacuated there and Nizhny Tagil became one of the biggest production locations of Soviet tanks, including the legendary T-34 Main Battle Tank. The Kharkov staff and equipment moved back to Ukraine after the war but the tradition, the tank production and some of the designers stayed in Tagil and Uralvagonzavod became the biggest competitor of the Kharkov Tank Plant, producing many truly excellent Soviet (and later Russian) Main Battle Tanks over the years.

Unlike many other Soviet companies, UVZ survived the fall of the Soviet Union and is currently producing armored vehicles for both the Russian Federation and export, including the Russian crown jewel – the Armata Main Battle Tank, unveiled during the 2015 military parade in Moscow.

From November 1 to November 30, 2018, the following Uralvagonzavod vehicles will be available for lower price than usual:

T-62 Tier 3 MBT – the T-62 was the first mass-produced Soviet Main Battle Tank with a smoothbore gun. It was developed as a reaction to the appearance of the western Royal Ordnance 105mm L7 rifled gun to replace the aging T-54/55 series. It was produced in huge numbers and widely exported, making it one of the most common tanks to be seen on third world battlefields during the Cold War. You can read more about it in our dedicated article. 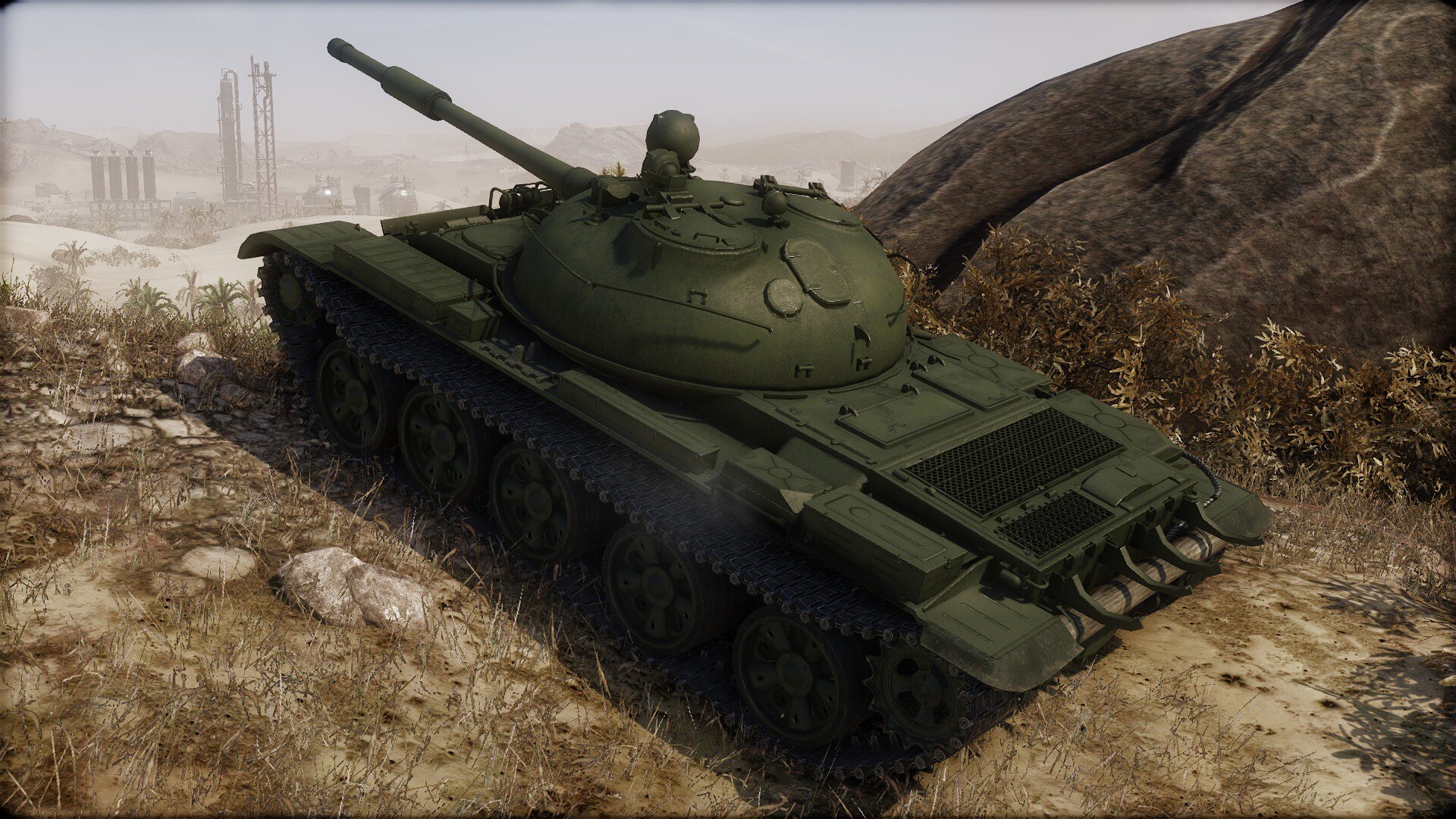 T-72 Ural Tier 4 MBT – this is the initial model of the legendary T-72, one of the most widely produced tanks in history and, along with the T-55, a symbol of Soviet military power. At the time of its introduction, the T-72 Ural featured the cutting edge elements of the T-64A, such as composite armor and a 125mm smoothbore gun. Fast, powerful and, most importantly, more affordable than the expensive T-64A, the Ural became an instant success. Swarms of T-72s surging through the Fulda Gap became a nightmare of many a NATO strategist.You can read more about it in our dedicated article. 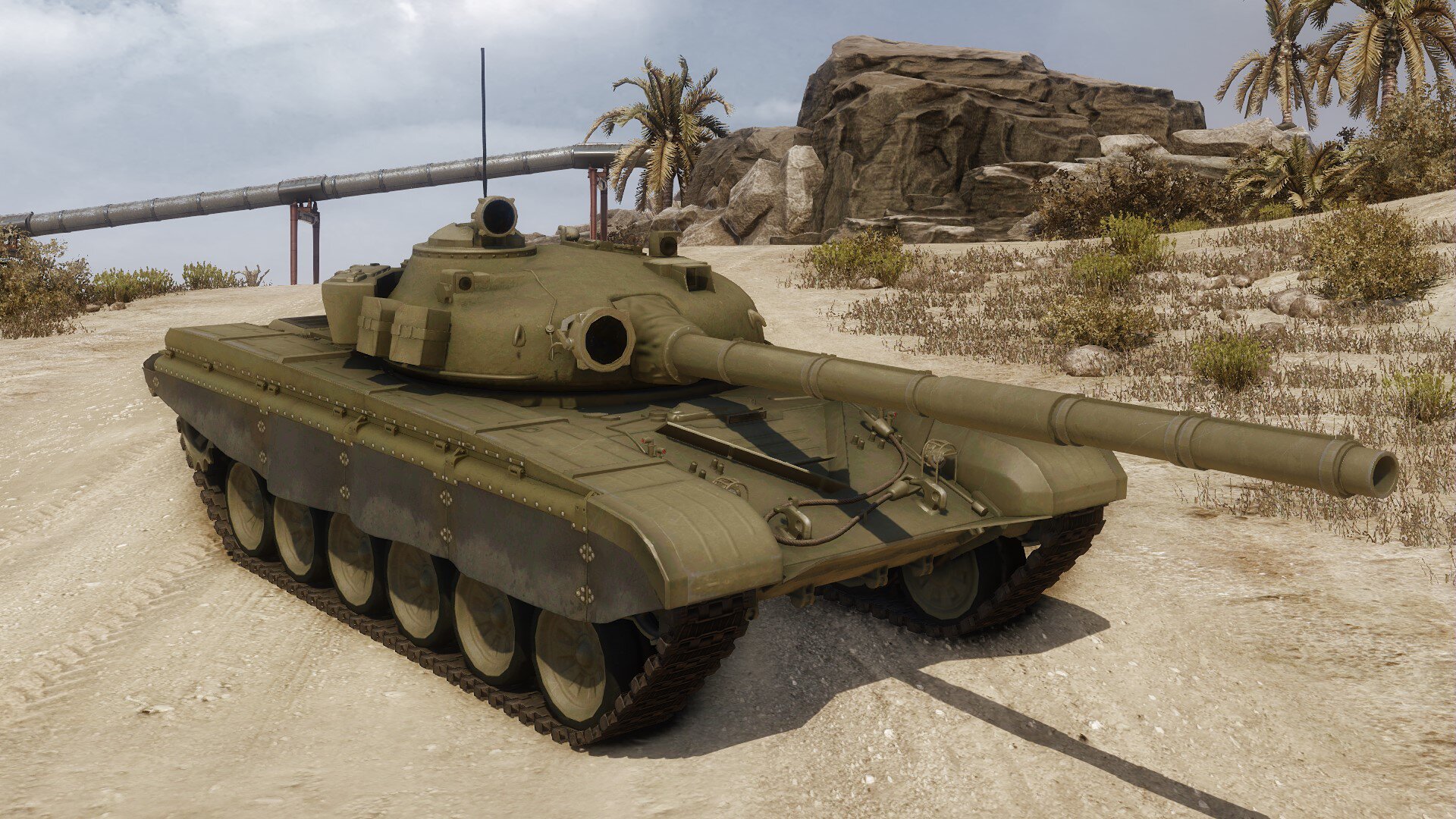 T-72A Tier 5 MBT – the T-72A was the first major upgrade of the T-72 Ural in Russian service. Introduced in 1979, it featured a new 125mm gun (2A46), improved gun sights (including, later on, new Fire Control System) and thicker turret composite armor, giving it the distinctive “cheeks” (nicknamed “Dolly Parton” in the west). A special version called T-72M/M 1 was intended for export and license production abroad, making it one of the most common foreign variants. You can read more about it in our dedicated article. 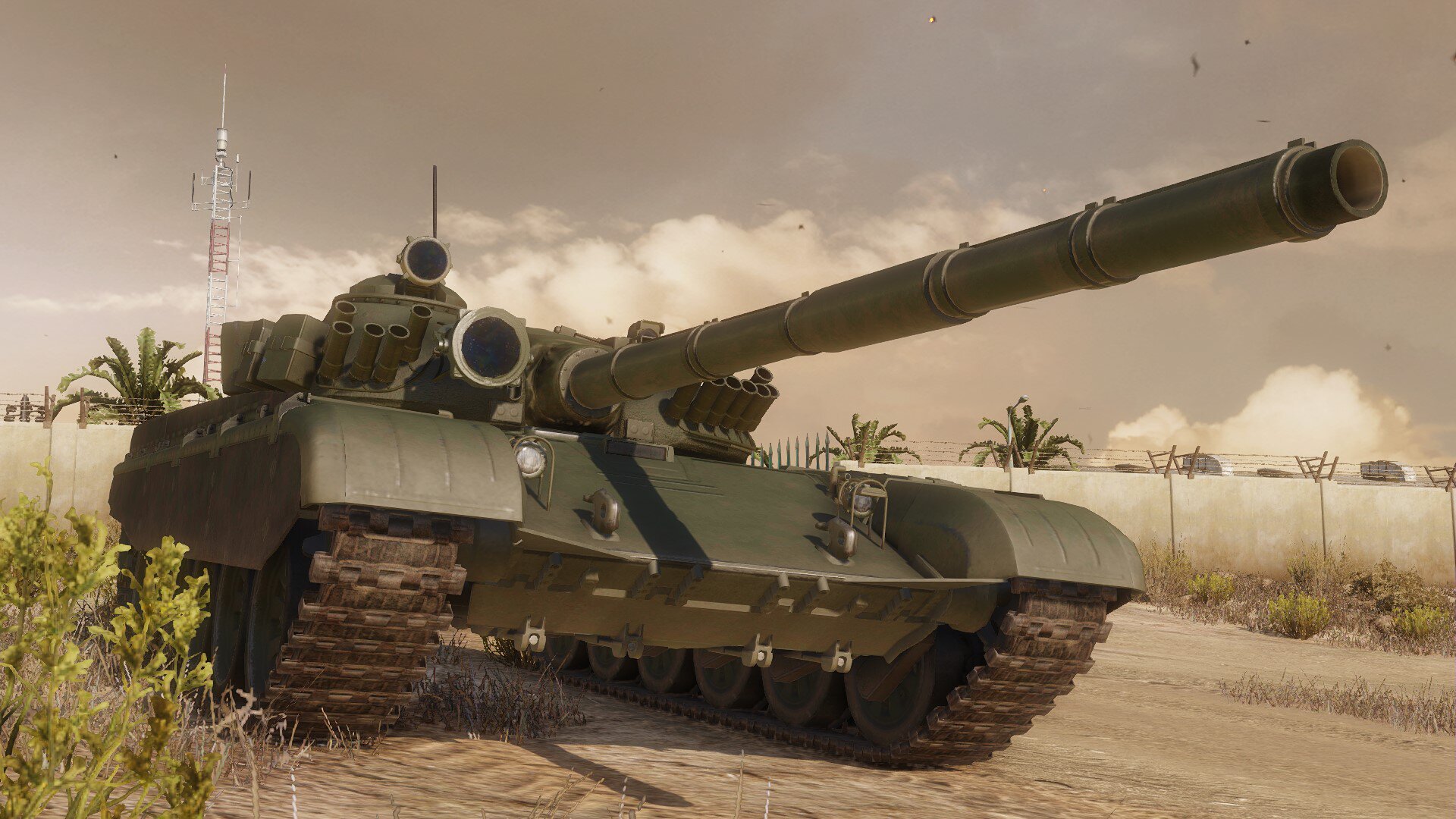 T-72B Tier 6 MBT – the T-72B was the second (and last) major upgrade to the T-72 series, introduced in 1984-1985. The most obvious visual difference is the addition of the Kontakt Explosive Reactive Armor kit, significantly enhancing the tank’s protection against RPGs and other HEAT-based threats. The basic armor was also enhanced (making the turret cheeks even more prominent). The firepower was improved by a new FCS and the ability to fire gun-launched Svir missiles. The T-72B was also exported under the designation of T-72S, but not as much as the T-72A and it is currently still in Russian service. You can read more about it in our dedicated article. 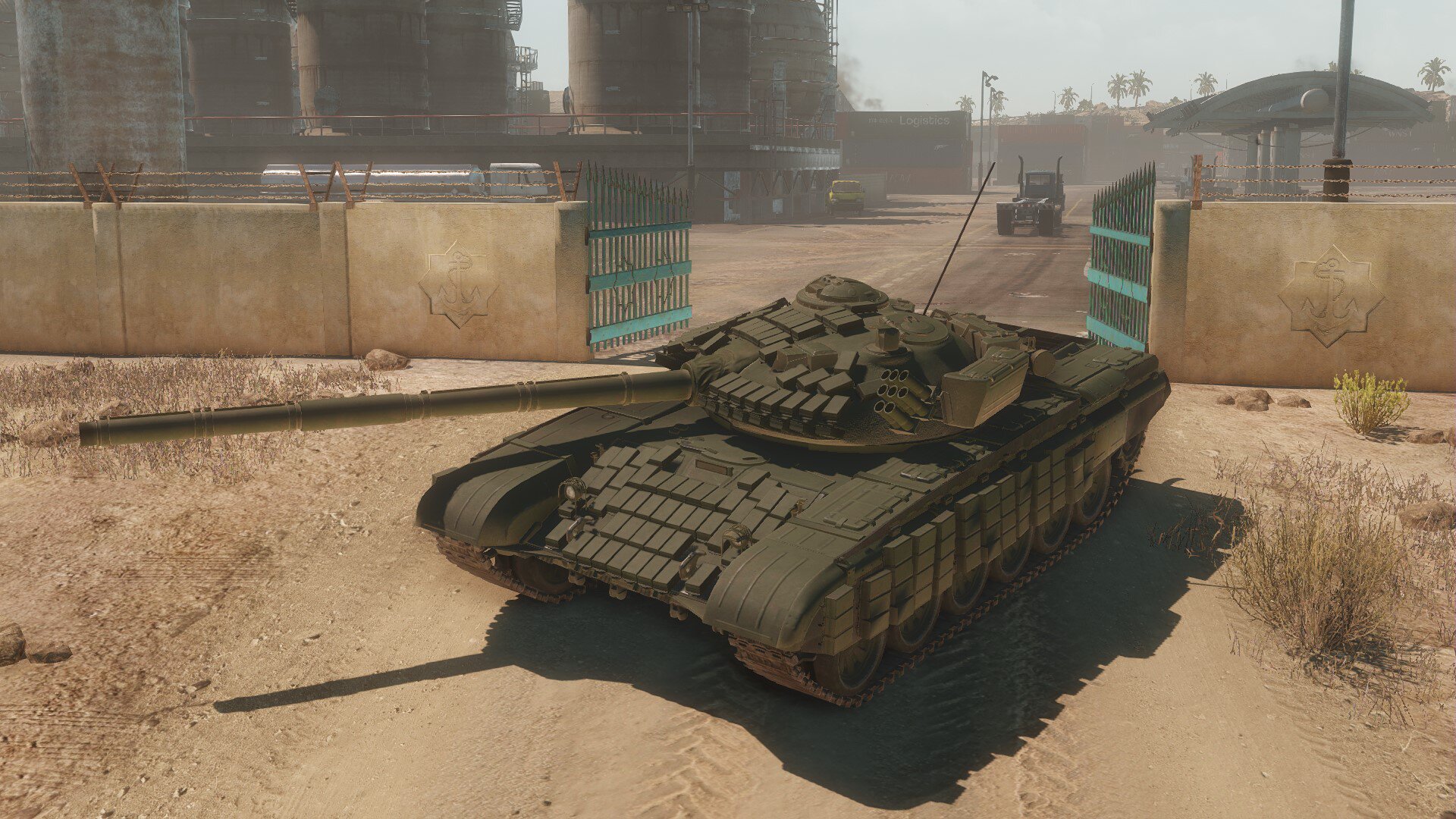 T-90 Tier 7 MBT – the T-90 Vladimir (named after its designer) was developed as a deep modernization of the T-72B. It is most commonly recognizable by the soft-kill Shtora APS projectors (“eyes”) that glow orange when activated and its arrow-shaped Kontakt-5 ERA kit. The development started in the late 1980s but the fall of the Soviet Union delayed its introduction until 1992. The T-90 was superior to the T-72B in almost every aspect and remains in service to this day. Its versions were also exported. You can read more about it in our dedicated article.

T-90A Tier 8 MBT – an upgraded version of the T-90 from 2004, the T-90A features a new, welded turret and other overall improvements that include a new variant of the 125mm 2A46 gun, capable of firing the Invar guided missiles. Over three hundred are currently in Russian service and a few are fighting in Syria. You can read more about it in our dedicated article.

T-90MS Tier 9 MBT – unlike the T-90A, the T-90MS was developed for export as a cutting edge upgrade to the T-90 series. Its most distinctive feature is the new Relikt ERA, giving it a distinctive futuristic look. The vehicle is still being offered by Uralvagonzavod but any successful deals are yet to be unveiled. You can read more about it in our dedicated article.

T-14 Armata Tier 10 MBT – the appearance of the Armata MBT came like a thunderbolt from a clear sky and caught the public off-guard in 2015. The Armata platform includes a heavy IFV and an ARV, but it was the T-14 MBT that caught the world’s attention when it first appeared during the Victory Day military parade in 2015. Featuring extremely high crew protection levels, an innovative design and an unmanned turret with a brand new, long 125mm gun, the Armata is considered to be the best tank in the world. Unfortunately for the Russian military, numerous budget cuts put its future in jeopardy and with more upgrades to existing vehicles being approved, it’s unlikely that the Armata will ever be produced in any meaningful numbers. You can read more about it in our dedicated article. 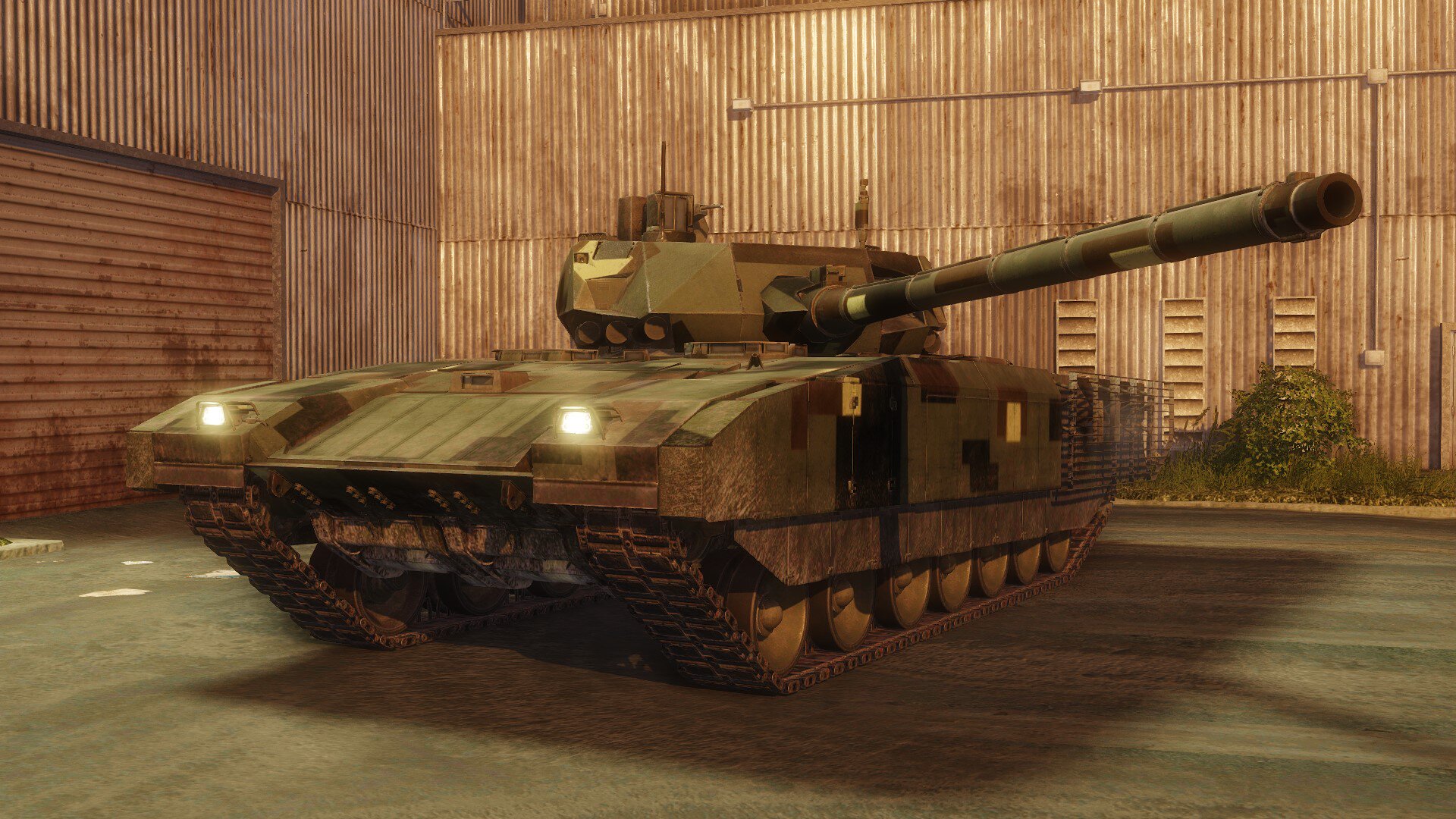 In Armored Warfare, Soviet and Russian tanks are the brawlers of the MBT class. While not extremely accurate, they are quite mobile even though their armor is only average. What they excel in is close-range fighting and damage per minute values – all their guns starting from the T-64 and the T-72 Ural are automatically loaded and can reach their full rate of fire without additional required crew training. They use almost exclusively 125mm guns that, especially at lower Tiers, deal massive damage per shot as well and are some of the most powerful weapons in the game until the appearance of the NATO 120mm smoothbore. Additionally, unlike the American tanks, the Russian tanks can fire both HE ammunition and gun-launched guided missiles that, while slow and thwarted by APS, can deliver devastating hits if used properly.

On the downside, they only have three crew members, making their choice of crew perks limited. They generally have low silhouettes and small sizes – as a result, they do tend to hide better than their larger counterparts, but they also generally have fewer hitpoints and the guns also generally have poor depression due to their low turrets.

The T-14 Armata is the ultimate damage-per-minute MBT in the game, capable of dishing out incredible damage over longer time periods. It also has an unmanned turret that only takes reduced damage. On the downside, it’s not the best armored tank around and the turret is not that hard to penetrate. The long 125mm gun, while powerful, is not the most accurate weapon around and requires some careful aiming.

Looking for desktop wallpaper replacement? How about trying our Armored Warfare-themed calendar, this time with a Wiesel AFV!