The T-62 Medium Tank was born from the need to upgrade or replace the aging T-54/55 series in order for the Soviet tanks to be able to defeat their new western counterparts in battle (the history behind the T-62 early development is described here).

This tank's 115mm smoothbore gun was a notable upgrade over the earlier 100mm rifled D-10T gun. The "competition" (the D-54TS rifled gun) lingered on for a while thanks to its newly developed tungsten-core sub-caliber rounds, but once these became available for the U-5TS smoothbore as well, the D-54TS finally disappeared from all future tank proposals. Originally, the T-62 was supposed to be a stopgap measure before the appearance of the newer T-64 tank from Kharkov but in the end, it was produced in the Soviet Union until 1975 with more than 20 thousand made and it formed the backbone of the Soviet forces for many years. 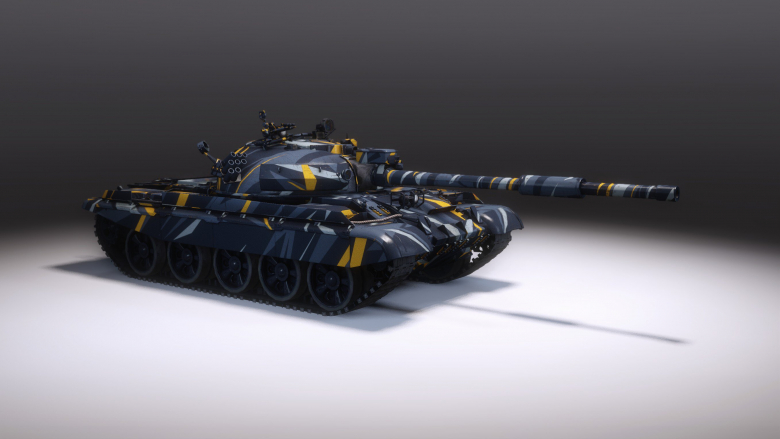 Unlike the T-64 later on, the T-62 was released for export quite soon – after all, it was scheduled to be replaced anyway. In the end, over 5000 of these tanks were exported. Interestingly enough, most Warsaw Pact countries were not keen on purchasing this vehicle – there are rumors on the internet about the T-62 being license-produced in Czechoslovakia or Poland, but this is a myth. This vehicle was not produced in either country – this misinformation probably comes from western sources and was unfortunately mentioned by Steven Zaloga as well. Both countries evaluated it but the vehicle was actually quite expensive (the price of an imported T-62 was roughly 50 percent more than of the T-55).

The other thing was that the Warsaw Pact militaries knew full well that the Soviets themselves were preparing to replace this vehicle and buying expensive tanks that were considered only temporary was considered a waste of money.

In the end, the T-62s were generally only exported to Arab countries (to replace heavy losses from the wars with Israel), Cuba, some African countries, Vietnam and North Korea (that produced its own version until the eighties). One very peculiar case was the Damansk incident from March 1969 when the Soviet forces lost a T-62 that drowned in a river during the fighting with the Chinese – the Chinese troops were able to recover the lost tank and the technologies salvaged from it were used to significantly advance their own tank development.

The T-62 took part in several notable conflicts. During the Yom Kippur war with Israel, Arab tankers managed to cause some losses to their Israeli counterparts but in the end, the Israeli training prevailed and the Sho't Centurions managed to destroy dozens upon dozens of Syrian and Egyptian T-62 tanks. Despite the massive Arab losses, the Israelis did consider the T-62 to be a lethal enemy and used a number of captured T-62 tanks themselves under the designation Tiran. 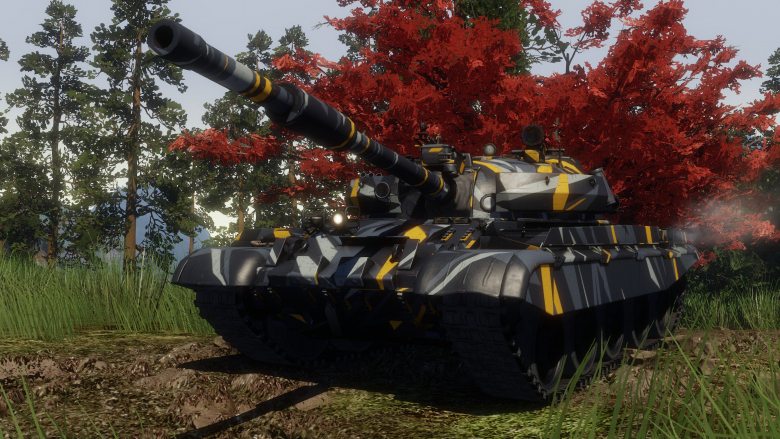 Another major conflict the T-62 took part in was the war in Afghanistan, where it proved to be extremely vulnerable to ambushes and mines and the Soviets lost 385 T-62 tanks throughout the conflict. Nevertheless, the T-62 continued to be a popular choice and hundreds remain in service in various parts of the world.

But, like the T-54/55 before it, by the 1970s and 1980s, the vehicle was already showing its age. Its steel armor the first to become truly obsolete – with its 100mm of steel (albeit sloped), the vehicle offered very little frontal protection from modern missiles such as the American TOW system that started appearing in the early 1970s. The turret was quite thick for its time – 242mm in the front in the later batches – but it was still all just steel.

The gun needed an upgrade too – not that it was completely obsolete, but the fire control system definitely could use an upgrade. The tank for example didn’t have a proper range finder and the gunner only used its telescopic TSh2B-41 (later TShS-41U) gun sights with an in-built scale to estimate the distance to his target. The engine was also a classic V-55V diesel, only producing 580hp.

In short, in the early 1980s, it was decided that a modernization was needed to significantly improve the combat value of the thousands of the T-62 tanks still in Russian service. 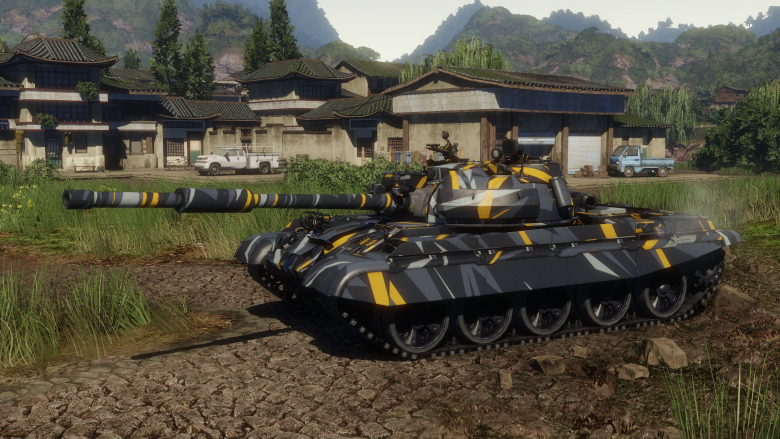 Not that there were no upgrades between the launch of the production in 1965 and its end around 1975, but they were only partial and included:

And several smaller changes. A more thorough modernization was needed and its result became known as the T-62M.

The most visible change was the armor upgrade. Its goal was to significantly improve the tank’s protection from guided missiles and HEAT shells in general. The frontal hull and the frontal turret received a major armor upgrade, identical in composition to the one of the T-55M called BDD armor.

The armor consisted of a 3cm steel plate and 8cm of space, filled with 4 angled layered 5mm steel plates and layers of polyurethane. The turret armor was identically improved in the most exposed zones by what became known as “Illyich’s Eyebrows” – two thick stripes of armor. Altogether, the frontal protection increased to approximately 400-450mm of RHAe versus HEAT and 320mm of RHAe versus kinetic shells. The whole kit version weighed a little over 2 tons.

The T-62M also received an anti-radiation liner and mew anti-HEAT rubber screens were installed on the sides of some vehicles, although this feature was optional and many vehicles lacked it. Last but not least, the frontal part of the bottom (from the Lower Front Plate weld to the second pair of roadwheels) received an additional 20mm of armor as anti-mine protection.

The firepower was improved by the introduction of two major improvements:

The Sheksna missile launching system allowed the vehicle to fire the 9M117 missiles – the same missiles fired by the T-55M’s Bastion system. This missile was capable of penetrating up to 750mm of steel. The minimum range was 100 meters, the maximum 4000 meters and the average velocity of the 9M117 missile was 370 m/s.

The Volna FCS consisted of the following components:

As you can see, some of the components were identical to the Volna FCS version of the T-55M – unification was an important cost saver, although the 9M117 missiles themselves were extremely expensive. The 115mm smoothbore gun also received a thermal shroud to prevent it from twisting by the heat of fire. Additionally, some models had the anti-aircraft 12.7mm DShKM machinegun replaced by the more modern NSVT. 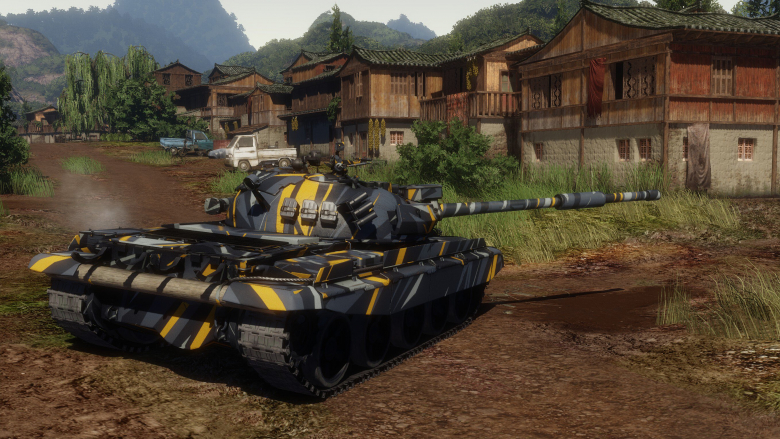 Various sub-versions of the tank existed, including:

The exact number of vehicles modified is not known – one plant alone modified around 400 T-62s to this standard, but the number produced in total is likely in low thousands.

The T-62Ms weren’t that widely exported either. Many appeared in Afghanistan during the Soviet-Afghan war and were supplied to the local governments. Later, they appeared during the conflicts in Chechnya and, most recently, a number of these tanks were sold to Syria where they were used quite successfully against the anti-government forces.

In Armored Warfare, the T-62M is a Tier 4 premium vehicle. What sets it apart from the standard Tier 3 T-62 at first glance is its unique camouflage and its additional armor, but it can also fire guided missiles. While not exactly mobile, the T-62M can withstand tremendous damage when facing opponents of lower or equal Tier. Its frontal protection is excellent in general and the only way to reliably penetrate it is to aim at the areas that are not covered by the additional armor. It can be a difficult target to take out when facing it head on and flanking is advised when encountering one.