The T-54/55 series of Medium Tanks is, without a doubt, one of the most iconic tanks ever produced. Its iconic hemispherical turret and menacing shape were the nightmare of western strategists for the majority of the Cold War and the hordes of T-54/55 tanks that poured through the Fulda Gap were the subject of many a military publication.

However, while many perceive the vehicle as something typically Soviet and a symbol of Warsaw Pact military power, it is worth noting that other countries produced this particular type of tank.

Poland and Czechoslovakia (along with other small producers) were not only building, but also developing their own T-54s and T-55s, a program that resulted in perhaps two dozen different sub-types and prototypes ranging from basic T-54As to the most advanced types developed in the 1980s.

Covering them all in a single article is virtually impossible and in fact entire books have been written about T-54 development abroad. Thus, we will be focusing on the most advanced T-55 model actively deployed by Czechoslovakia and East Germany – the T-55AM1/AM2/AM2B series.

Production numbers vary according to different sources – early estimates put the numbers at 687 T-55 and 3820 T-55A vehicles built in Czechoslovakia, but newer research indicates that the numbers were actually considerably higher because the previous estimates did not include tanks built specifically for export. 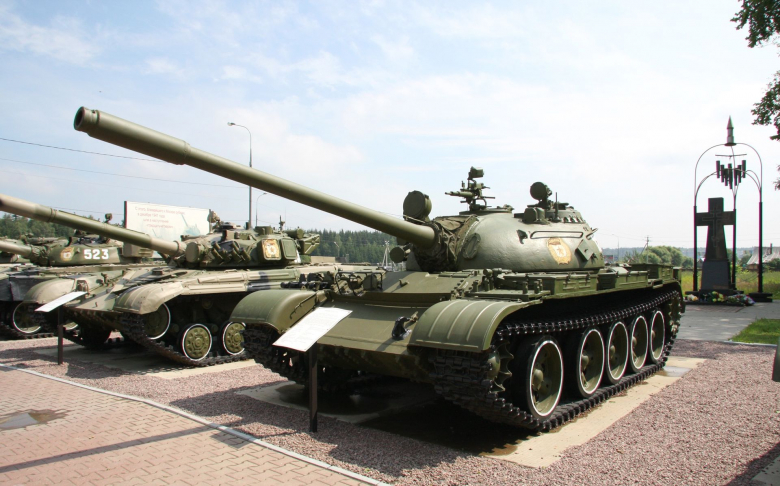 V.Francev states that between 1964 and 1982, Czechoslovakia produced:

The numbers above do not include specialized T-54/55 variants such as ARVs and armored bridgelayers. Tanks were an important Czechoslovak export item from the 1960s all the way to the 1980s.

The Czechoslovak T-55A had a number of improvements compared to the old T-55:

And a few other minor changes. The fixed forward-aiming 7.62mm hull machinegun was removed on this model, but it received a new pintle-mounted 12.7mm DShK anti-aircraft machinegun.

At this point it's worth noting a few things. Not all Warsaw Pact tanks of the same designation were the same. The information available on the internet, in English or Russian, usually refers to the Soviet model of the tank. In the worst cases it is a mix of different sources that does not correspond to reality.

The T-55A represents one such example. The Soviet T-55A went through several stages of improvement that were not introduced to the license-produced T-55A until later, so a 1967 early production model of the Czechoslovak T-55A doesn't have the improved transmission while the Soviet one does. Other components were missing completely (for example, the Soviet NSV heavy machinegun was never installed on Czechoslovak T-55As). 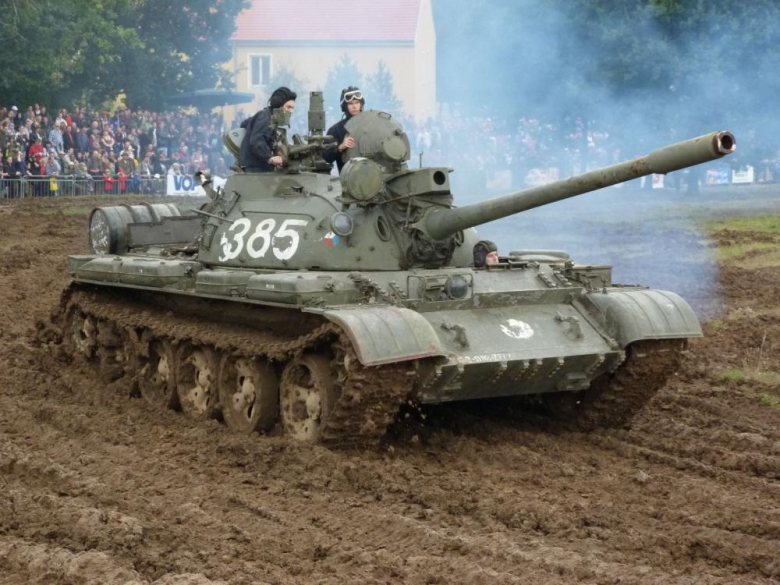 By the end of the 1970s, serving T-55As were (just like in Russia) becoming more and more obsolete. To increase their combat value, a new program was launched to develop an upgraded variant that would replace the aging T-55A production. The goals of the program were to:

The program was divided into two stages. The first stage was called T-55AM1 and focused on improving firepower. The biggest change from the T-55A was the introduction of a Kladivo (Warhammer) Fire Control System, developed by Research Institute 060 in Prague (VÚ 060 Praha) between 1981 and 1983 (when development officially finished).

The system consists of:

Other data required manual input through the installed terminal keyboard. These included nominal shell muzzle velocity, weather and a few others.

Kladivo's laser rangefinder could measure targets at a distance of from 200 to 3900 meters. Its accuracy against enemy AFV front at 3500 meters was approximately 10 meters. At maximum distance, the targets had to be at least 30 meters apart for it to distinguish between them and measure accurately. When inactive, an electrically operated metal plate covered its optics. It was ready to measure within two seconds of activation and could be used 6 times per minute at most.

Kladivo was also equipped with an electronic diagnostic system, indicating broken parts to the operator.

The vehicle also received an SDIO laser designation warning indicator. The sensors covered 4 sectors. Each sector was 90 degrees wide and -15 to +45 degrees high. The measured wavelength ranged from 0.85 to 1.065 um, the maximum detectable distance of a 1MW laser was 5km.

However, introducing the Kladivo FCS and other components came at a cost. The weight of the vehicle increased by approximately 500kg and the amount of ammunition carried had to be reduced from 43 rounds to 38 rounds of the following composition:

The vehicle probably carried AP and APFSDS rounds for economic reasons – simple AP works just as well against softer targets and large stocks of this ammunition were available since the earlier T-54/55 production. 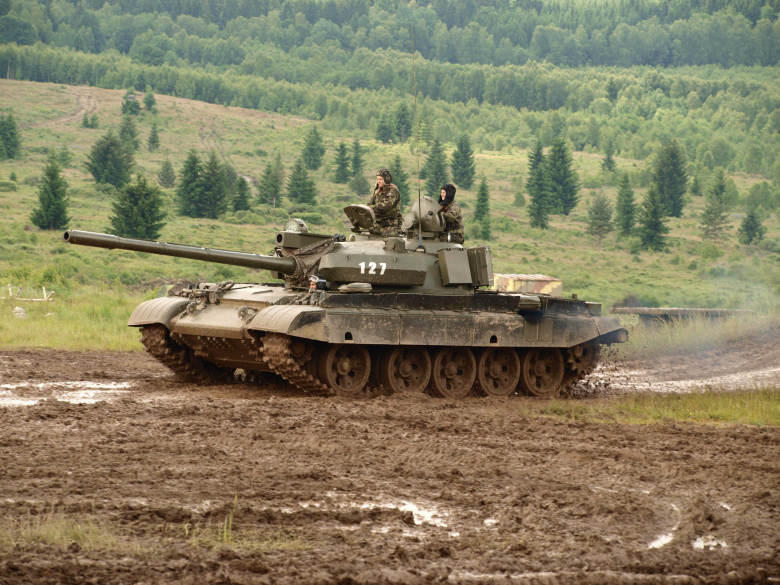 The T-55 tanks remained in Czechoslovak service until 2000 or so, when they were pulled back from service and (mostly) sold abroad.

T-55AM1s were not that widely exported. Several were sold to Cambodia in 1994 and a limited number was exported to Yemen between 1999 and 2000 (97 T-55 vehicles of various types). Some of those T-55AM1s were seen participating in the civil war raging there.

Czechoslovak T-55AM1s are usually eclipsed by the second stage of the upgrade program running from 1985, the T-55AM2/AM2B, which will be covered in a future article. Despite this, the T-55AM1 was a solid variant of the T-55 in its own right and should not be forgotten by history.