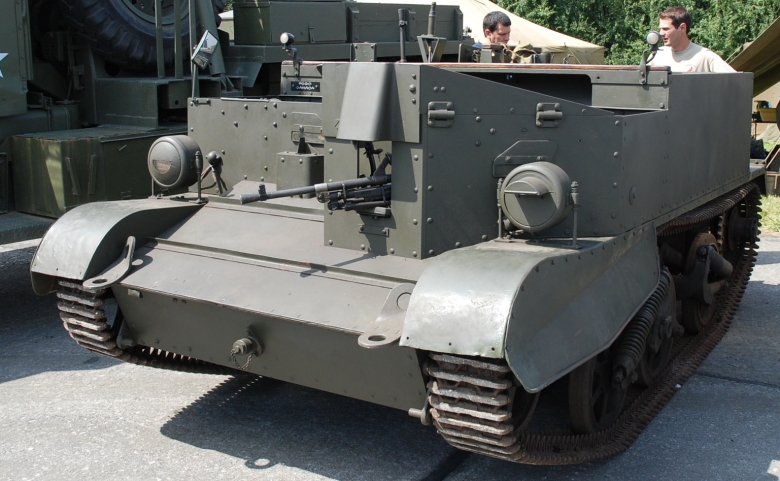 The Universal carrier and its "cousin" – the Loyd Carrier – were both born from the tankette craze of the 1920s and over the two and a half decades of their production from 1934 to 1960, it is estimated that around 113000 Universal Carriers and 26000 Loyd Carriers were built.

The Universal Carrier is the better known of the two. Originally developed from the Carden-Loyd tankette, it was a light personnel carrier capable of carrying several men into battle. There were several models of the Universal Carrier, including the famous Bren Carrier (named after the Bren light machinegun) and sometimes, especially in older literature or novels, all Universal Carriers are simply called "Brencarriers", even though the actual Bren Carriers represented only a fraction of the total number of vehicles produced. 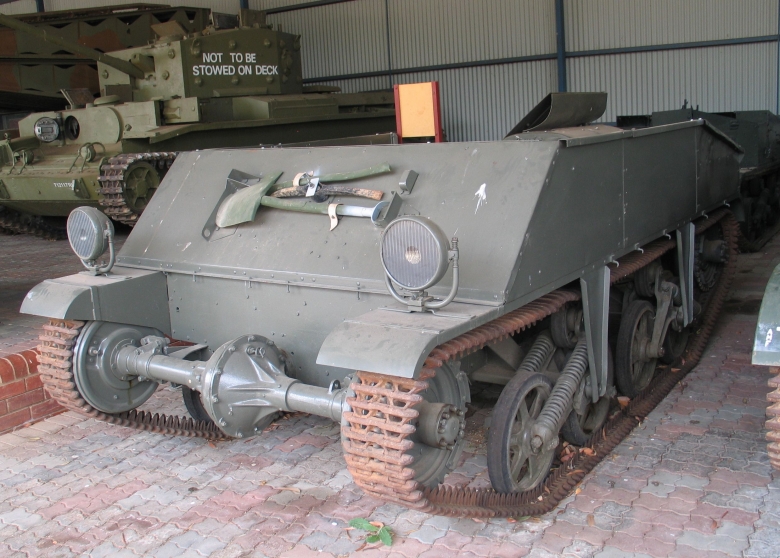 The Bren Carrier was not just built in England – copies and Local Patterns (versions modified for local production purposes) were also produced in Canada and Australia, while the United States produced a heavily modified version of the Canadian pattern called the T16.

The Universal Carrier was a rugged and effective vehicle – so effective in fact that during the Second World War, all the major participants were using it to some extent (including the United States, the Soviet Union, Germany and Italy). It had 7 to 10mm of armor (protecting the crew against small-arms only), weighed 3.6 to 3.8 tons (depending on the model) and was powered by an 85hp Ford V8 engine, allowing it to reach a speed of 50 km/h.

The first clash of the war happened during the French 1940 campaign, when the British Expeditionary Force was defeated by German units and forced to abandon its heavy equipment, including a number of Universal Carriers.

The Germans are thought to have captured over three hundred of these vehicles and they operated them extensively. Interestingly enough they called them all Brens – Bren 731(e) (or Gepanzerter Maschinengewehrträger Bren). While the majority of the captured Universal Carriers in German service were used "as is" (with the ammunition for Bren LMGs and Boys AT Rifles coming from captured stocks), there were also some very interesting conversions, such as:

3,7 cm PaK 36 auf Selbstfahrlafette Bren(e) – this was essentially a German 37mm anti-tank gun mounted on a captured Universal Carrier, these vehicles fought in France and some even survived until the Normandy Landings. 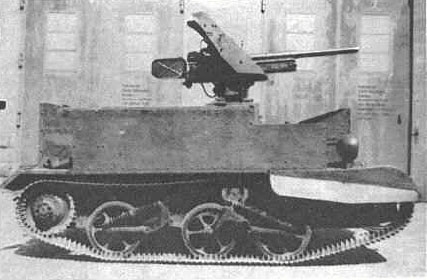 4 cm PaK 192 (e) auf Selbstfahrlafette Bren(e) – older models of the captured British 2pdr (Mk.IX), mounted on a Universal Carrier. The 2pdrs also came from BEF stocks and were using old ammunition models, leading the Germans to believe early on that the 2pdr was in fact inferior to their anti-tank weapons. Several of these conversions were used as patrol and training vehicles. 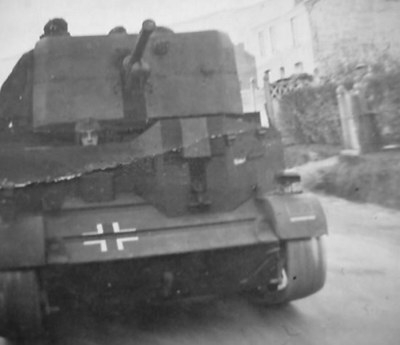 4,7 cm Pak 188 (h) auf Selbstfahrlafette Bren (e) – another use of a captured gun, this time the Böhler 47mm, taken from Dutch army stocks. During the German invasion of Netherlands, this gun was used near Rotterdam against the 9th Panzerdivision, knocking out no fewer than 25 German tanks and a considerable number of armored cars. It's worth noting that the conversion was made by the famous Baukommando Becker, responsible for several oddities and converted vehicles in German service. 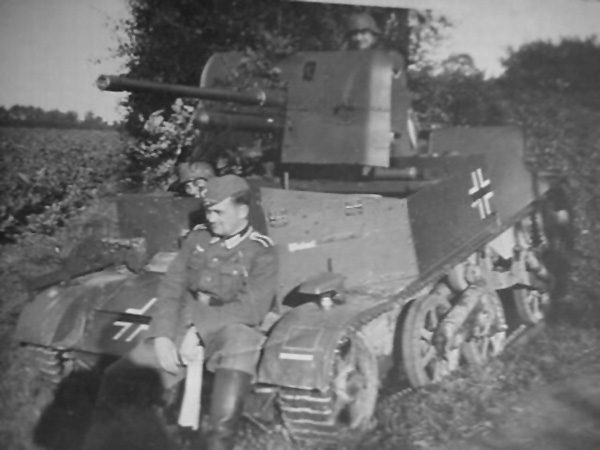 2,5 cm PaK 112 (f) auf Selbstfahrlafette Bren (e) – after France fell, the Germans got their hands on massive amounts of French military equipment, including hundreds of 25mm French anti-tank guns. Several Universal Carriers were converted to use this gun and were operated during the North-African campaign. While the 25mm gun was obsolete by 1942, it still provided the Germans with some firepower to support the infantry against softer targets.

Panzerjäger Bren 731(e) mit 8.8cm Panzerschreck – possibly the most famous German Universal Carrier conversion. Three 88mm Panzerschreck launchers were mounted on the vehicle, producing an improvised tank hunter. The vehicle also carried up to six troops armed with Panzerfausts. They were used in Normandy in 1944. 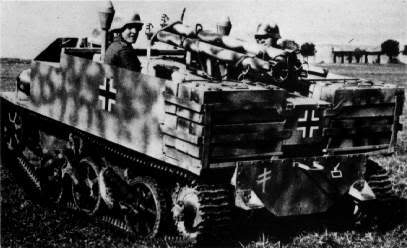 This list of German Universal Carrier variants is by no means exhaustive – it does, however, demonstrate the effort the Germans put into making use of captured Universal Carriers, recognizing their qualities.

The Italians tried to copy the Universal Carrier too, but that vehicle (known as CVP-4) lost the competition to the L 40 Cingoletta (based on the Semovente L 40 da 47/32 tank destroyer). This did not prevent the Italians from using the Universal Carriers captured in North Africa, although they did replace the original Bren machineguns with the 8mm Breda. 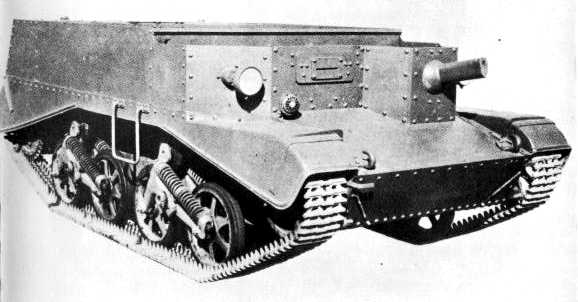 Fiat 2800, an Italian copy of the Universal Carrier

Parkash Singh was an Indian sergeant serving as a Brencarrier crewmember in the 5th Battalion of the 8th Punjab Regiment of the British Indian Army. On January 6 1943, his platoon was ambushed near Donbaik on the Mayu peninsula and two of the vehicles got stuck. With the platoon commander wounded, Parkash Singh took command of the vehicle, drove it near the two carriers under heavy fire and calmly rescued the men. 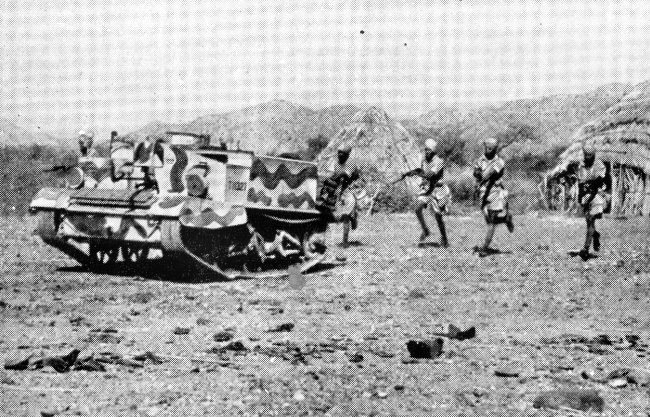 Two weeks later, his unit was once again ambushed by the Japanese and two vehicles were knocked out. The unit gave them up for dead, but Parkash Singh went under heavy fire to check. He found the platoon commander and his crew severely wounded and, unable to rescue them from the wreckage, he connected his own vehicle to the wreck with a makeshift tow chain and towed the destroyed carrier away, all under withering Japanese fire. For these two actions, he earned the highest British military award, the Victoria Cross.

The Universal Carriers continued to serve after the war and participated in several conflicts, most notably the Israeli Independence War, where they were used by both sides. Their service record is extremely extensive and is well beyond the scope of a single article, a real testament to the quality of the design.

Much like the Universal Carrier, the Loyd Carrier was a lightly armored personnel transport of approximately similar design – in fact, the Germans commonly mistook the two and the captured Loyd Carriers from BEF were simply referred to as Bren as well.

Designed by Vivian Loyd, who designed the Carden-Loyd tankette, the Loyd Carrier was built during the war for the same purpose as the Universal Carrier and some 26000 were produced in Britain until 1945. 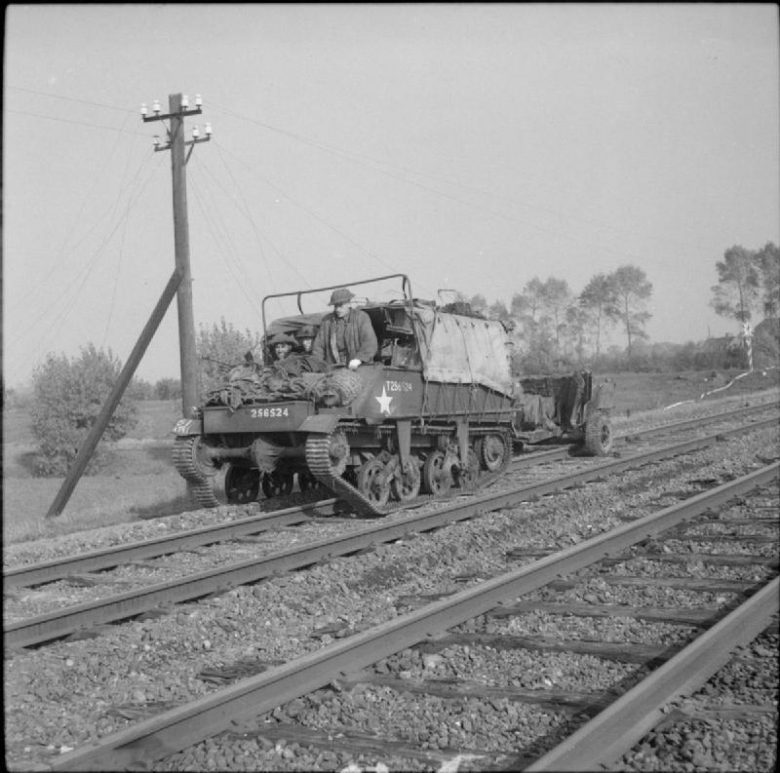 The Loyd Carrier existed in several variants. The most important were the Tracked Personal Carrier (approximately 1500 built) and Tracked Towing (an artillery tractor and carrier, by far the most common version with approximately 15000 built), although there were prototypes of such things as a 2pdr tank destroyer or even a 25pdr self-propelled gun.

However, one of the most interesting models was actually built after the war and was not British. 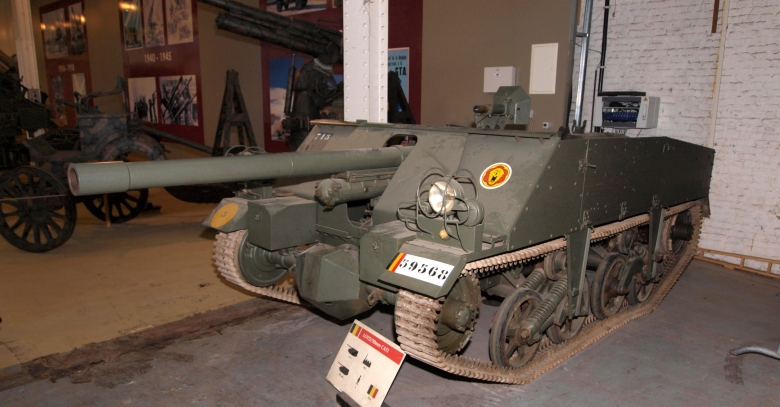 Loyd CATI with a 90mm gun

The Belgians received a large number of Loyd Carriers after the war, which served in their army until 1963. The Belgian company MECAR analyzed the German 80mm PAW 600 low-pressure anti-tank gun and developed a 90mm L/28 weapon from it, capable of penetrating 350mm of rolled homogenous armor using HEAT rounds. In 1954, this weapon was mounted on the front of a Loyd Carrier, producing the 90mm CATI (Canon Anti-Tank d'Infanterie Automoteur) tank destroyer. There were two versions in fact:

These two worked in pairs. The CATI vehicles were not given to specialized tank destroyer units; instead they were supplied to infantry. It is not known how many of these vehicles were actually built, but a number of them served from 1954 to 1963.

The time of the Universal Carriers and the Loyd Carriers has long since passed, but a number of them can be admired in military museums all across the world. Regardless of their small size and thin armor, these armored vehicles were instrumental to the Allied war effort and their contribution to armored warfare history should not be forgotten.