When it comes to armored warfare, especially tank and armored vehicle tactics, many people, perhaps most, imagine massive clashes of steel monsters on the battlefield with hundreds of war machines fighting against each other. This notion, largely supported by war movies and actual events in the Second World War, might appear realistic at first glance, but real battle is very different. Massive tank versus tank battles have been quite rare and – unless we count the complete and one-sided destruction of Iraqi armored forces by overwhelmingly superior American armor – practically disappeared after the 1973 Yom Kippur War (and the lesser-known Indo-Pakistani conflicts).

Tanks have their uses

The primary task of a tank was never to fight other tanks only. It was simply to wage war against whatever forces it encountered, which – at least during the Second World War – were mostly infantry, artillery (including anti-tank guns) and softer targets such as trucks, APCs and – of course – enemy tanks, should they be encountered. But while a tank was always a force to be reckoned with on the battlefield, the development of anti-tank missiles and modern ammunition, which made old steel armor largely obsolete, cast shadows of doubt on the usefulness of the tank concept itself, especially in the 90s and 2000s with the disappearance of the threat of massive tank battles to the west after the dissolution of the Soviet Union. 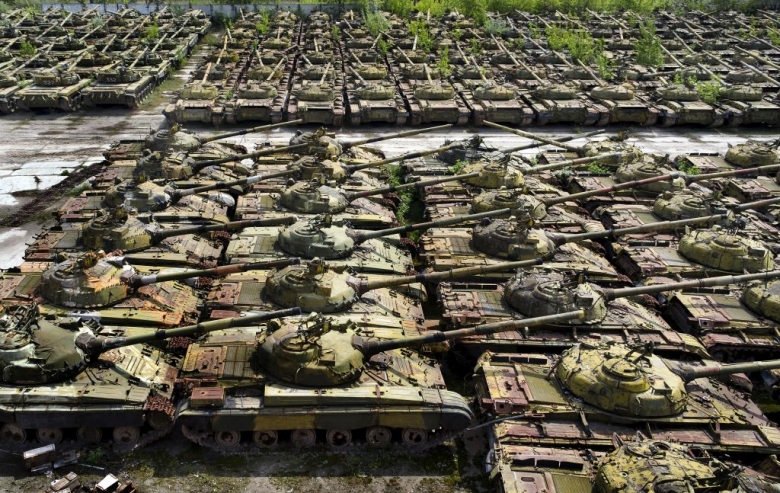 But the arms and armor race continued and tanks (especially western ones) were becoming heavier and bulkier, encountering the same logistical issues their predecessors and crews encountered in the late 1940s. The war on terror changed the political and tactical landscape yet again with the primary threat no longer being the massive Soviet armies, but small (albeit sometimes well-armed) groups of combatants that usually lacked armor support, but were equipped with man-operated anti-tank weapons. Tanks suddenly required a means of protection against these threats (most of them being HEAT weapons), which further increased vehicle weight. Even worse: these groups often operated in urban areas, and cities are the worst environment for a tank to fight in because enemy infantry can occupy buildings and exploit armor weaknesses from multiple angles. The failed Russian attack on Grozny was a prime example of what can happen if tanks enter a city unsupported.

While tanks have shown their usefulness even in anti-terrorist operations, in the early 2010s, few imagined full-scale battles that include armor versus armor clashes returning to the modern battlefield. And yet, as 2015 draws to an end, there are currently three flashpoints that include just that type of combat: Ukraine, Syria and Yemen.

One of the more interesting (and not classified) works covering the changes in modern warfare is a treatise by Dr. Phillip A. Karber. While his work deals with the general aspect of changes in warfare, some specifically relate to mechanized warfare. He uses the war in Ukraine as an example, but the lessons can generally be applied to the other abovementioned conflicts as well.

The foundation for these changes is the appearance of a new type of conflict: a hybrid war that involves paramilitary forces with high-tech military equipment and armor, acting as proxies for someone else’s interests. Proxy wars are nothing new and they rarely lead to a massive leap in tactics or warfare development. One of the few exceptions was the Yom Kippur War, which led to re-evaluations of military realities that had been taken for granted prior to that particular conflict. 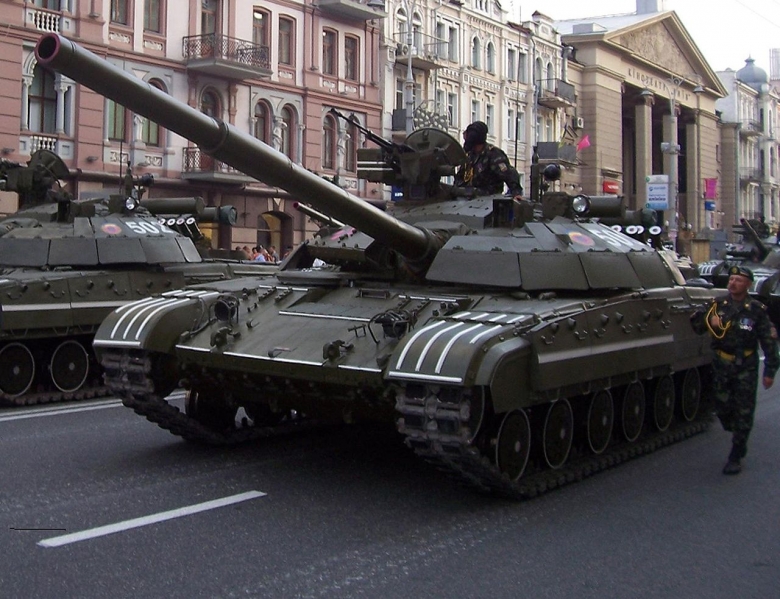 When it comes to armor, the war in Ukraine is waged primarily with Soviet era equipment (the T-64 and T-72 main battle tanks, BMP vehicles and various other platforms), although one of the proxy war elements (and raisons d’être) – the testing of modern equipment – is definitely present as well. Dr. Karber defines the four new elements of this type of conflict:

The first point is only partially relevant to the changes in armored warfare, but has a major impact on unit recon capabilities. The ability to launch recon drones has reduced the need to perform such reconnaissance with units on the ground (or manned aircraft) and considerably increased the lethality of indirect fire due to the influx of high quality intelligence. However, the use of drones (and subsequent artillery strikes) against mobile armor formations is limited, due to the information transition lag between the drone itself and the fire support units, which brings us to the second point.

Compared to previous engagements and Western predictions, the lethality of artillery strikes is much higher than expected due to the widespread use of sub-munition rounds fired by MLRS systems; artillery in general accounts for roughly 85 percent of all casualties. This trend can be observed in other conflicts as well, although the forces in Syria or Yemen generally do not have access to advanced MLRS ammunition. The massive increase in artillery firepower can be devastating to mechanized forces as well as raw manpower – in one instance two entire mechanized battalions were practically wiped out in the space of three minutes. 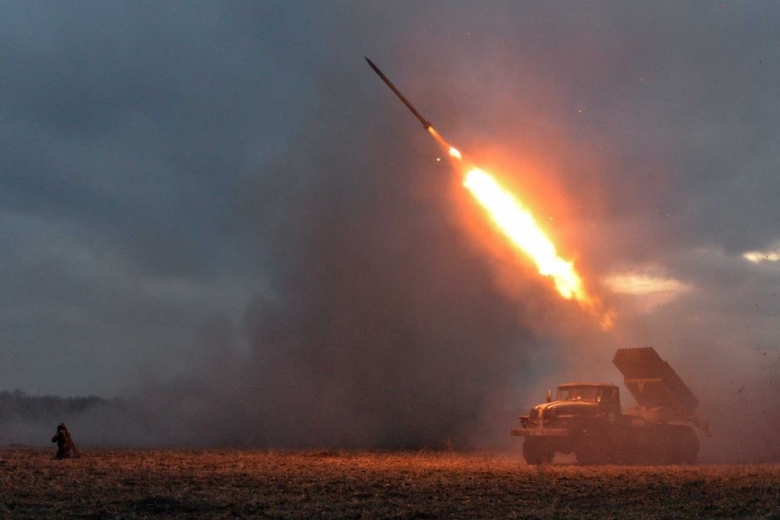 Another interesting fact is the apparent effectiveness of even quite antiquated pieces of artillery, with the most common being the 122mm 2S1 Gvozdika, although such antiques as the German World War Two 105mm LeFH 18 howitzer have also seen use in Syria. The Gvozdika in particular was pressed into service as something it was not designed to do – as a self-propelled anti-tank gun and direct-fire assault howitzer, and it appears to have done well in both roles. In its anti-tank role, the 122mm shell impacts are devastating even against tank armor, and have been seen knocking turrets off active tanks. The Gvozdika losses, however, were quite high since the vehicle lacks any armor to speak of. 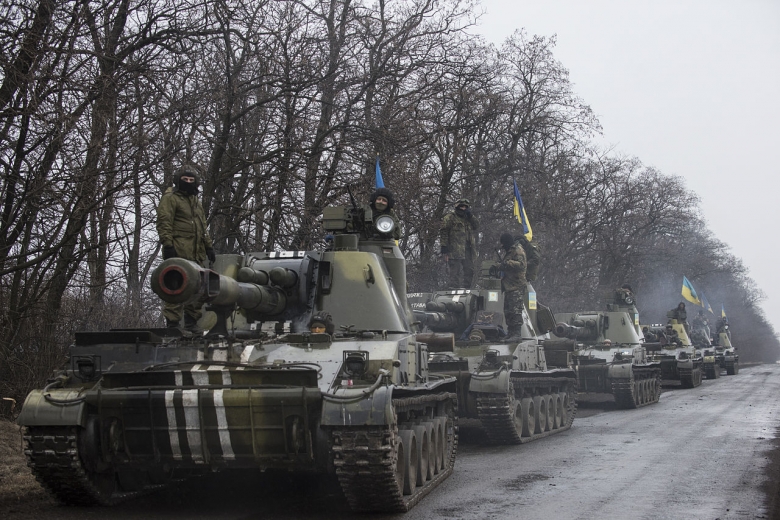 The use of Soviet era armor has been one of the characteristics of the conflicts in Ukraine and Syria. In most cases these vehicles have been heavily upgraded and feature ERA kits. These kits are quite effective against single-warhead anti-tank missiles and rocket-propelled grenade launchers (RPGs). They can of course be overcome, but modern tandem-warhead ATGMs were never deployed in any large number (although Syrian army tanks have taken losses from enemy forces operating the American TOW system). This (in the case of Ukraine) generally means two things:

Combined with the defensive capabilities of the most modern vehicles observed participating in the conflict, such as the T-72B3, the tank once again finds itself in a dominant role on the battlefield like the apex predator it was designed to be.

The fact that modern (Western or Russian) vehicles can completely overrun the older Soviet equipment is well-known and has been demonstrated multiple times (most notably in Iraq), but the difference between upgraded variants of the same tank and non-upgraded variants is extremely high as well. According to empirical data, the kill ratio between comparable models is roughly 1:1, but against modernized variants of the T-72 tank, the ratio shifts drastically to 1:3 (for every 1 kill of the modernized tank, 3 non-modernized vehicles are lost). The other interesting extreme would be the use of modern western tanks in Yemen by the Saudi forces, who suffered heavy losses while using the modern Abrams and Leclerc main battle tanks. Whether such losses can be attributed to poor tactics or training is a source of extensive debate.

This disparity (as well as the heavy tank losses in Syria on both sides) has sparked a number of innovative projects. In Syria, most of the “improvements” involve attaching a random number of large metallic objects (bars, grills, railings and such) to vehicles, likely in hope of creating a home-made cage armor set. How well these “improvements” perform is anyone’s guess (although, some reports suggest that such improvised cage armor can be effective at least against RPG-7 and RPG-26). On the Ukrainian side, several heavily armored fighting vehicles were developed, including an improvised super-heavy IFV based on the T-64 chassis called Azovets, or the rather more impressive BMP-64 by the Morozov Machine Building Design Bureau in Kharkov. Both – in theory – feature excellent levels of protection, but whether they will be mass-produced remains to be seen. 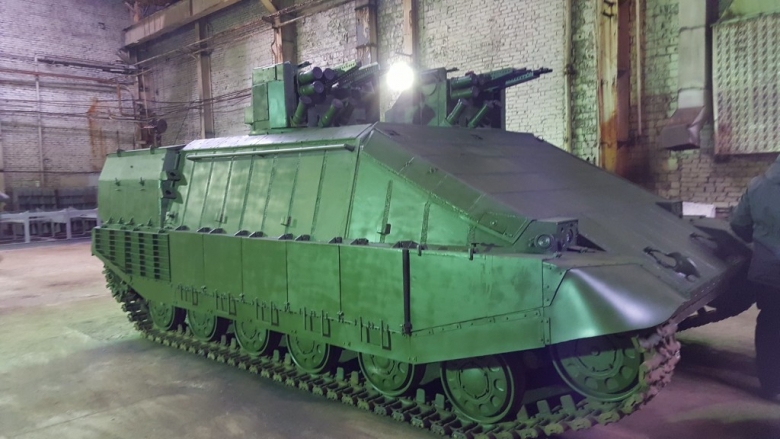 While the main feature of the newly developed vehicles seems to be their excellent armor, one of the most common armored fighting vehicles in the abovementioned conflicts is also one of the least armored ones – the BMP and its variants.

The venerable BMP vehicle series has been one of the symbols of Soviet armored might ever since its introduction, and it has participated in a large number of conflicts (usually with mixed results at best). But it is this hybrid type of war that exacts such an extraordinarily heavy toll on this class of vehicles. The BMP emphasizes firepower and speed over protection, but the widespread use of very accurate and powerful 30mm automatic cannons as well as precise artillery strikes has drastically reduced the already low survivability of this type of vehicle, as they can be heavily damaged by even the extremely popular twin 23mm guns, usually mounted on fixed mounts or on a pick-up truck.

This evidence suggests that BMP vehicles are especially vulnerable to thermobaric warheads and artillery using sub-munition. A hit practically always results in catastrophic damage and the death of the entire crew as well as the infantry unit in the back, forcing the units using the BMP vehicles to dismount rapidly when fired upon, negating the mobility advantage of the vehicle even further. High losses of this type of vehicle have led some to the conclusion that the future of the modern IFV lies in the heavy category – or at least the variants capable of carrying extensive cage/ERA kits.

Recent conflicts have shown us that heavily armored vehicles have their place on the battlefield, despite the threats that modern infantry-carried anti-tank weapons pose. The age of the tank is not over yet – in fact, recent developments as well as the public introduction of the next MBT generation by the Russian armed forces have already sparked a new round of improvements and armor development, with the modernized Leopard 2 and Abrams main battle tank variants already under development.