The T-54 Medium Tank is one of the earliest Main Battle Tank class vehicles that players will encounter on the battlefields of Armored Warfare. For its tier, its firepower is excellent and its thick armor (especially at the front of the turret) makes it very damage-resistant. 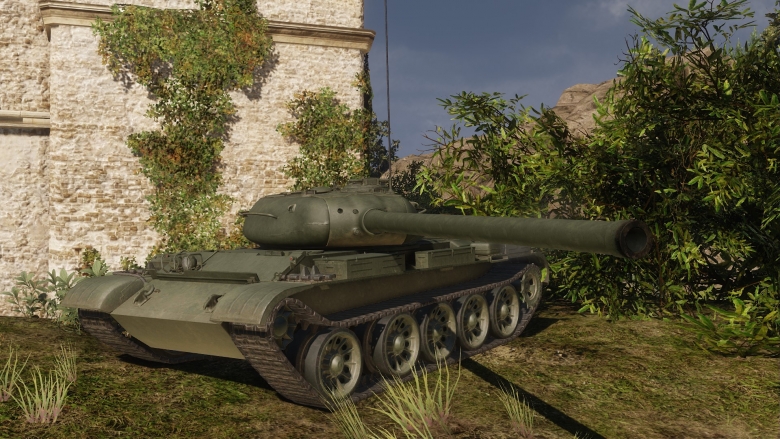 The development process that ended with the T-54 was quite a long one. It started before the Second World War with a plan to improve the classic T-34, by replacing the Christie suspension with torsion bars (the project by Plant No.183 in Kharkov was known as the T-34M). The vehicle was to be mass produced, but the war interfered and relocation of the Kharkov facilities and staff to Nizhny Tagil put an end to that – at least for the time being. The next step was the T-43 Medium Tank from 1942 – it was never mass-produced, but this valuable experience was used in the design of the T-34/85. And, finally, the T-44 – an intermediate design between the T-34 and the T-54, with such modern features as thick frontal-sloped armor and a well-armored turret. The vehicle – apart from some experimental prototypes – was, however, still armed with the same 85mm S-53 gun as the T-34-85 and other elements (such as the suspension) still left much to be desired – therefore, in the summer of 1944, the development of a new, heavily modernized version of the T-44 started under the designation of T-54. 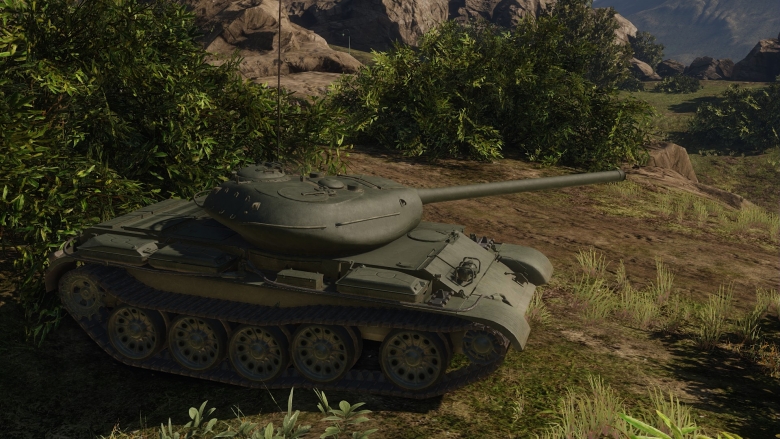 Protection-wise, the vehicle was based on wartime experience and one of its requirements was for it to be frontally invulnerable to 75mm and 88mm shells, for obvious reasons – at that point, the Soviet Union was still at war with Germany (for comparison, the invulnerability to the shells of the German 88mm L/71 was one of the requirements for the IS-4 Heavy Tank and the IS-7 was designed specifically to be invulnerable to German 128mm shells).

Another requirement was a notable increase in firepower through the installation of a 100mm gun in an enlarged turret. The vehicle weight had to be kept down to maintain adequate mobility, since a more powerful engine than 520 horsepower one was not available and its development was only beginning. In the end, a prototype was built and tested in early 1945 and after some changes based on test results, production started in 1946 with first three T-54-1 vehicles, followed by 22 in 1947. During these small series production runs, literally hundreds of improvements were implemented into the design and in 1949 the T-54-2 variant arrived, although the iconic hemispherical turret only came with the 1951 model. Since then, the T-54 became one of the most mass-produced vehicles in the world, with license production running in the Warsaw Pact in Czechoslovakia and Poland as well as in China (the early Type 59 was simply a T-54 copy) and North Korea. 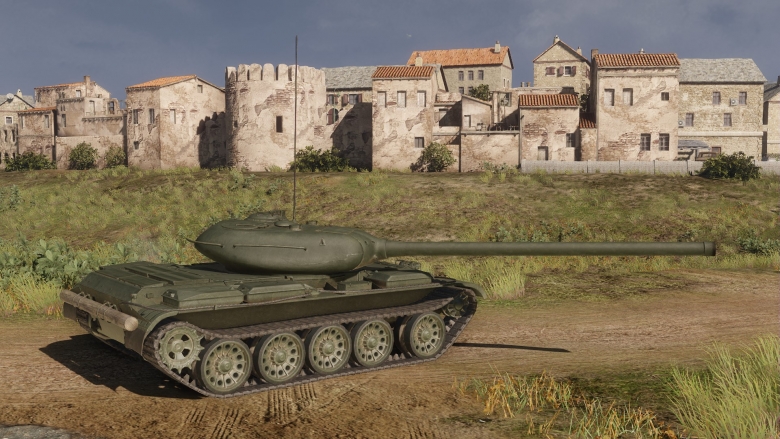 The T-54 became a symbol of Soviet armored might and was also heavily exported to many countries around the world and participated in practically every larger conflict with the exception of the Korean War. While completely obsolete today, it is still useful in low-intensity wars against guerrillas and is even now used, for example, in Syria, both by government forces and terrorists.

The T-54 in Armored Warfare is one of the early pre-1951 models with the older style turret. The developers have chosen to implement the older model in the game in order to produce a well-balanced tier 2 vehicle – and also for its distinctive look. 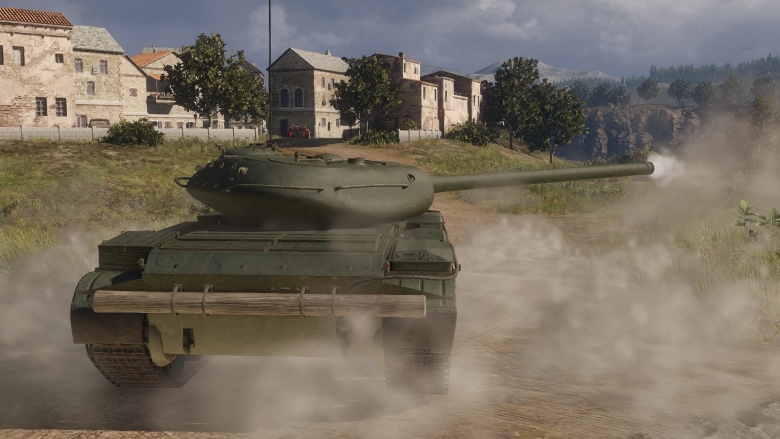 It is a solid tier 2 vehicle – its armor offers protection against low-tier autocannon fire and can even withstand some fire from other low-tier Main Battle Tanks. For its tier, its firepower is second to none and the 100mm D-10T gun can even rip apart vehicles of higher tiers. This, however, is balanced by only average mobility – the T-54 is not a fast vehicle and will have a hard time catching up with agile AFVs. On the other hand, its armor (especially if angled properly) can protect players against a large part of incoming fire, while the T-54 dishes out damage of its own.

For Main Battle Tank players, the T-54 is a good example of what to expect up until mid-tiers, where armor upgrades, such as Cage Armor or ERA, enhance gameplay for both Main Battle Tanks and other classes. Players interested in Main Battle Tanks should definitely check it out – or its American counterpart, the M48 Patton.