One of the most important things the Soviet army was faced with was the questionable combat value of its BMP-1 and BMP-2 infantry fighting vehicles. Even as the BMP-2 underwent various trials in the late 1970s and entered service in the early 1980s, the Soviets were already considering developing its replacement. They wanted something with improved battlefield survival capabilities and excellent multi-purpose firepower and this project would eventually result in the BMP-3 infantry fighting vehicle.

While somewhat lengthy, the development of the BMP-3 (Object 688M) was pretty straightforward. It started in the 1970s at the Kurganmash plant design bureau (OAO CKBM) in Kurgan and continued until the late 1980s.

Its roots can be tracked to the Object 685 Light Tank, an experimental amphibious vehicle also designed by CKBM in 1975, under the leadership of A.A.Blagonravov. It was a part of a program to replace the aging PT-76 light tank, but despite its rather advanced design and the excellent firepower of its 100mm rifled cannon (a heavily modified D-10T), it was not accepted into service. 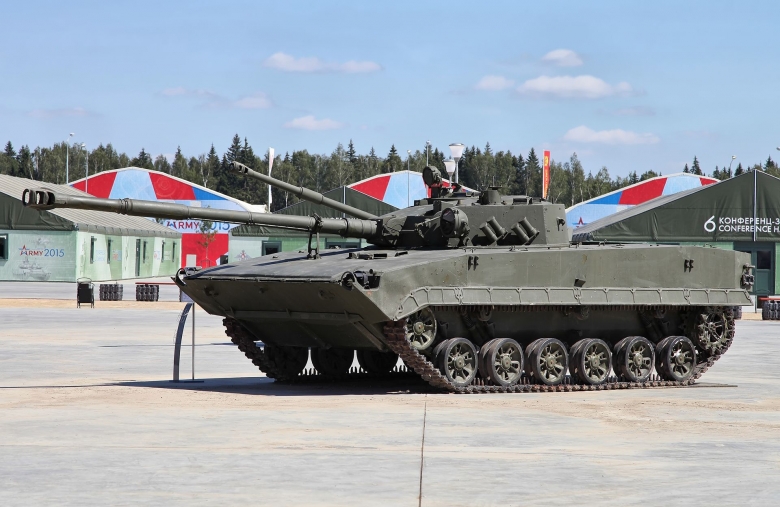 Another Kurgan attempt at building a fighting vehicle for the Soviet military was the Object 688, an experimental IFV designed under the leadership of A.I.Nikonov. It was rather well-armored – the front of the vehicle could withstand 30mm Soviet armor-piercing round fire at 200 meters or more. The real innovation, however, was the external weapons mount with a 30mm 2A42 cannon, an automatic AGS-17 grenade launcher, a 7.62mm machinegun and two launchers for 9M113 Konkurs missiles. Two prototypes were built in 1981, but the turret was not deemed acceptable. It was removed from the design and replaced by the newly developed 2K23 turret module. 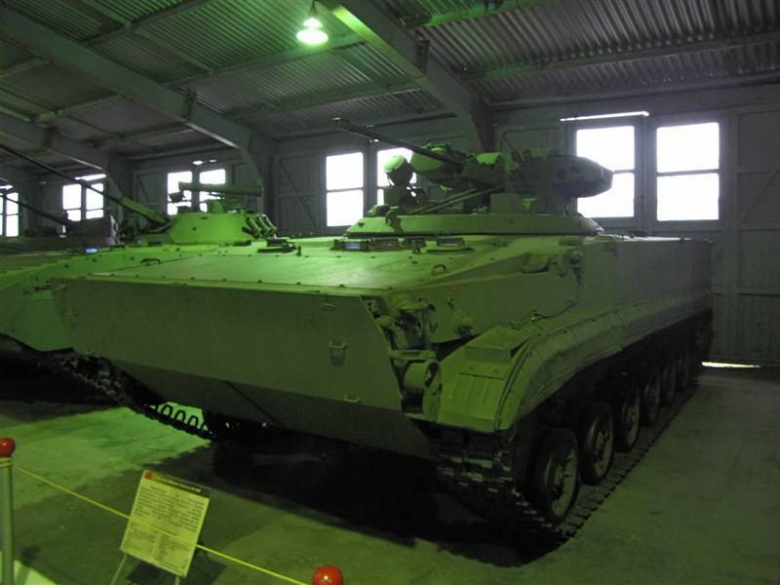 The 2K23 turret was built by the KBP design bureau in Tula. It was heavily armed with a 100mm 2A70 gun, paired with 30mm 2A72 automatic cannon and a missile launcher. The paired guns could elevate to 60 degrees (one of the important features of the BMP-3 is its ability to engage helicopters) and depress to -6 degrees. The vehicle carried 40 rounds for its 100mm gun, 500 30mm rounds and 8 guided missiles. The weapons were stabilized by a 2E52-2 stabilizer.

In this configuration, the 18.7 ton vehicle had a crew of three men (commander, gunner and driver), with the gunner and the commander occupying the turret. It could carry 9 troops along with the crew and was powered by a 500hp UTD-29 engine located (along with fuel tanks) in the rear, allowing it to go as fast as 70 km/h. The vehicle could also swim (maximum speed 10 km/h).

Armed with a 2K23 turret, the vehicle received the designation of Object 688M and later on the official military name: BMP-3. 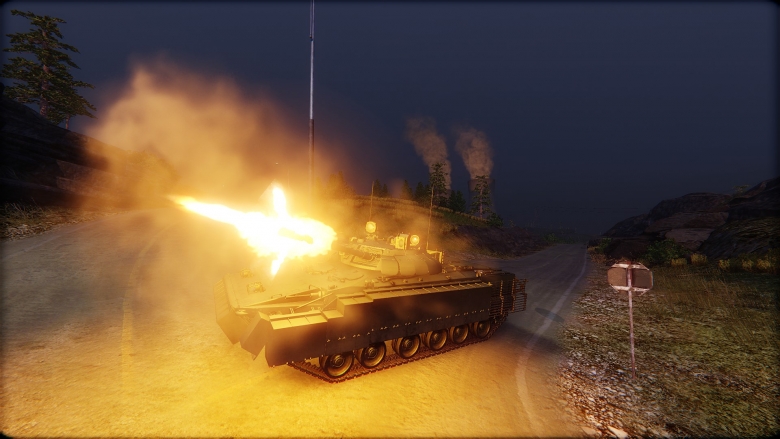 The BMP-3 was tested between 1983 and 1986 with good results, although the heavy armament was initially the subject of many heated debates amongst Soviet officers. The main problem was that while an IFV was only lightly armored (compared to main battle tanks), the size of its guns was unprecedented for this class of vehicle and would attract a lot of attention on the battlefield – an attention such a light vehicle could hardly afford. In the end, the supporters won and the trials continued.

The 1985 field trials (in which four prototypes took part) were held all over the Soviet Union – in Kubinka, Smolino, Central Asia and in Armenia. Two vehicles (611 and 612) also participated in amphibious trials in the Sevastopol Bay. The sea conditions were extremely difficult, but the vehicles proved themselves capable of swimming even on stormy seas while maintaining their accuracy of fire.

During one particular trial, the task was to fire the 30mm gun at a target standing on the shore (a T-55 tank fully loaded with external tools and stowage bins) at 1500 meters while swimming. The testers thought the external components of the vehicle would receive some light damage. 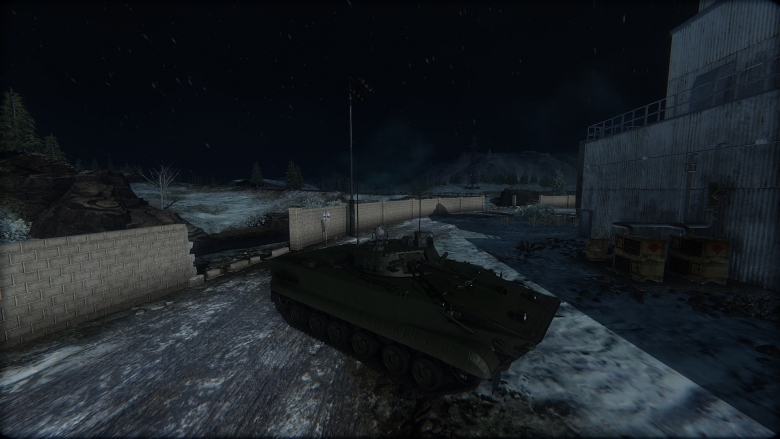 Instead, the 30mm fire managed to rip away everything that wasn't firmly attached to the surface, the sights were completely destroyed, the gun was penetrated at four places and the upper frontal plate was actually cracked by the 30mm fire. The trial was declared a success.

The BMP-3 was officially accepted into service in 1987 and the final trials took place from March 1988 until May 1989. The vehicle was officially shown to public for the first time during the 1990 Victory Day Parade.

Production of the vehicle was slowed down by the fall of the Soviet Union. Only 35 of these vehicles had been deployed by the end of 1991, in the European part of Russia. The total number of vehicles deployed at that point did not exceed 100, but several buyers noticed it and Russia's situation gradually improved as well. The vehicle has two main advantages:

In the end, the Russian military purchased between 500 to 700 vehicles and they continue to serve today. The United Arab Emirates ordered roughly 600 vehicles as early as 1993 (391 were delivered between 1993 and 1997) and these were modified for desert service. Kuwait ordered over a hundred between 1995 and 1996. 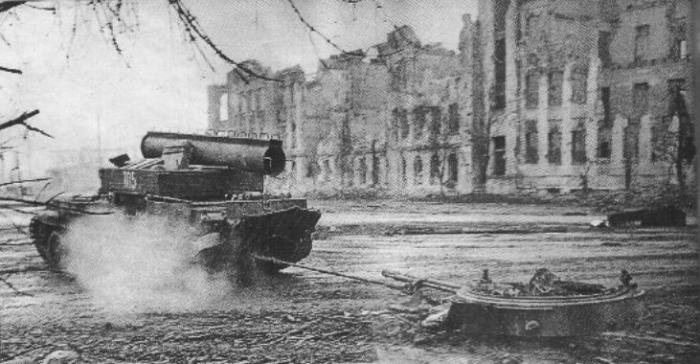 A destroyed BMP-3 turret being hauled away, Chechnya 1995

Other large buyers include Algeria, Azerbaijan, Venezuela, the Republic of Korea and Sri Lanka with smaller amounts of vehicles finding their way all around the world. Approximately 2000 vehicles were built in total.

Unlike their older siblings, the BMP-3s did not participate in many conflicts. Several were used during the First Chechen War (an unknown number was destroyed) and they are currently being deployed in Yemen in Saudi-Arabian use (several have also been lost).

Several upgrades of the BMP-3 were developed, including additional armor kits. One of the biggest is the BMP-3M upgrade, which is present in Armored Warfare as a separate vehicle.

The Armored Warfare version of the BMP-3 is a Tier 6 armored fighting vehicle in the Sophie Wölfli dealer tree. As AFVs go, it is one of the heaviest ones along with the Bradley and the Warrior with only the Terminator series being significantly heavier.

For its weight and class, the BMP-3 is relatively well protected, especially with the upgraded Kaktus Explosive Reactive Armor kit, but despite its size the vehicle is still rather fragile and cannot withstand going head to head with Main Battle Tanks. That does not mean it doesn't have any teeth though. 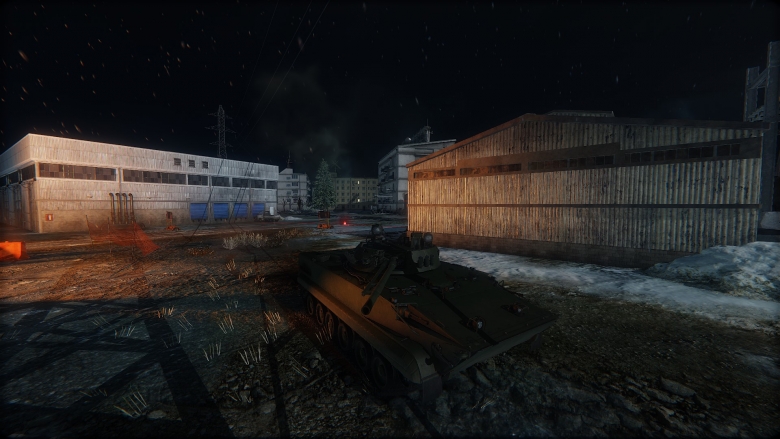 Its massive 100mm gun paired with a 30mm automatic cannon and the ability to fire guided missiles make it one of the best-armed AFVs in the game. It is fully capable of hunting down lighter targets and, under certain circumstances, even tanks. The main 100mm gun is only capable of firing HE shells and guided missiles, making it suitable against light targets. The 30mm automatic cannon has higher penetration and is a universal weapon, but the truly hard targets can be taken out by the missiles.

The guns are automatically loaded and were recently upgraded with the Improved Autoloader module, making it possible to upgrade their reload time the way vehicles with manual loaders can. Additionally, the BMP-3 is able to capture bases quicker and spot its targets at greater distances, thanks to its Troop Compartment upgrade.