Menu
Play now
The FV438, also known as the Swingfire, is one of the less-known British armored fighting vehicles. It was one of the earlier attempts to mount a Swingfire anti-tank guided missile launcher on a light AFV chassis – in this case one belonging to the FV430 series. 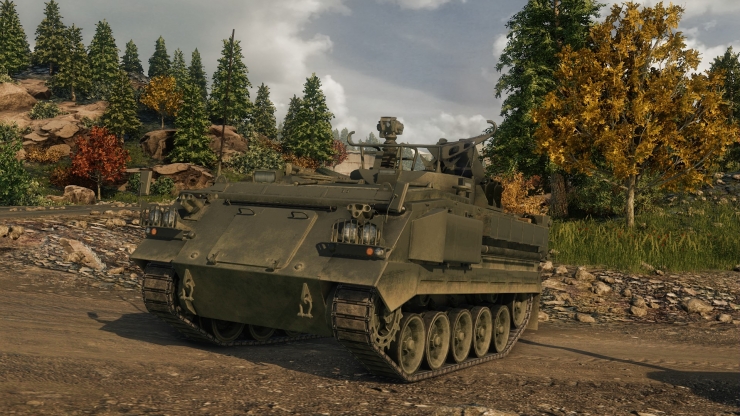 As stated above, the FV438 belongs to the FV430 series of vehicles. This series was originally designed in the 50s and early 60s to produce a light and cost-effective platform for multiple purposes, including:

and several others. Possibly, the best known members of the series are the FV432 armored personnel carrier and the FV433 Abbot 105mm self-propelled gun. The most typical representative – the FV432 – was much like the American M113 – a boxy, rudimentary vehicle made from quite thin steel plates, offering protection to the 12 men it carried (10 troopers and two crewmembers) from heavy Soviet-caliber machinegun fire (14.5mm) at certain ranges. 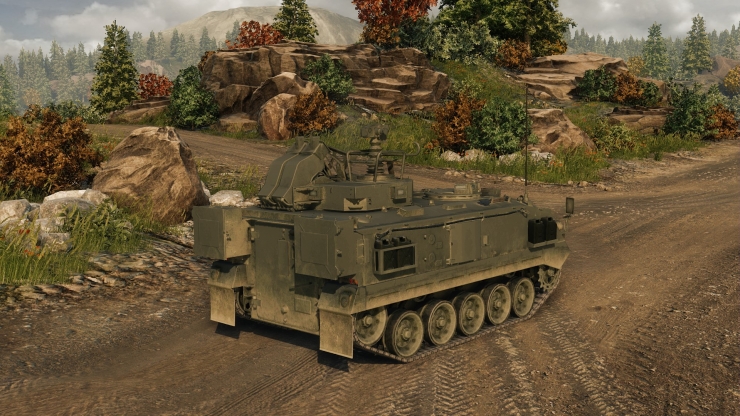 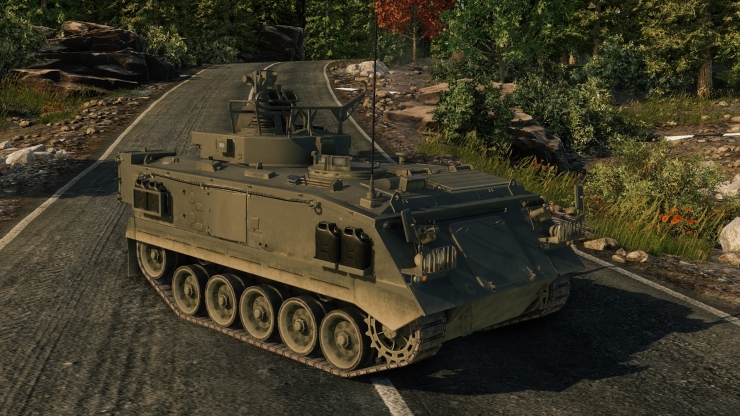 It was produced between 1962 and 1971 by GKN Sankey. With over 3000 produced they remain popular with British military enthusiasts to this day, thanks to their ruggedness and affordable price. Several notable vehicles of this type were converted to look like German wartime vehicles (Sturmgeschütz III).

The FV438 was developed in the early 70s on the FV432 chassis, sharing most of the parts and the engine. The hull, however, was modified to carry a Swingfire ATGM launcher instead of the troops in order to serve as a specialized tank killer. The hull was not drastically changed (it became taller due to the launcher superstructure) but the weight increased compared to the original FV432 to 16.2 tons. These vehicles only used Rolls-Royce 240hp K60 engines.

Development of the Swingfire guided missile itself actually started as early as 1963, with deliveries starting in 1969. They served in the British army until 2005. It is a powerful weapon with 37.3cm diameter, a missile weight of 37kg and a maximum range of 4km. The Swingfire warhead penetration is not precisely known as various sources state different values ranging from roughly 600mm to 800mm.

Paired with the fast FV432 chassis it makes for a potent tank destroyer. The FV438 carries a double missile launcher with 12 more missiles in the hull. The launcher can (unlike that of the Striker) be reloaded from the inside. An interesting feature of this vehicle was that it could be fired remotely by a crewmember located up to 100 meters away from the vehicle, allowing it to stay completely hidden while firing. 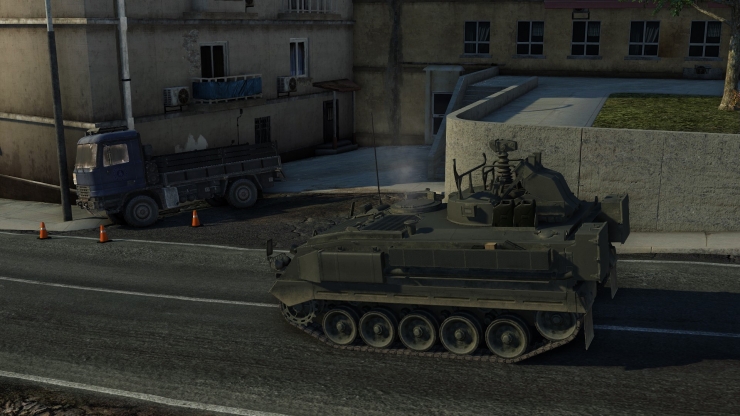 The FV438 is generally less-known than the more famous tracked Swingfire launcher, the CVR(T) Striker. Although the Swingfire missile was deployed in Iraq on other vehicles, the FV438 never fired a shot in anger and was withdrawn from service in 1986. The old FV432, however, was brought back into service (in the form of a heavily upgraded FV430 Mk.3 Bulldog vehicle) in 2006 in order to be deployed to Iraq.

In Armored Warfare, the FV438 Swingfire is a Tier 4 AFV, although, – thanks to its firepower – it can easily pass as an AFV and Tank Destroyer hybrid. It is the first (and so far only) vehicle that players will encounter that is not equipped with any gun and can only fire guided missiles. These missiles – while somewhat slow – can be devastating to stationary targets. Furthermore: very few lower tier vehicles are equipped with explosive reactive armor, making them especially vulnerable to the Swingfire. The Swingfire launcher can fire two guided missiles in short succession before having to reload for roughly 16 seconds.

The Swingfire however does have some serious drawbacks – for one, it can only fire forward in a limited arc and only when stationary. This feature – along with its very thin armor – makes the vehicle extremely vulnerable in close combat and FV438 drivers should keep their enemies at a distance at all costs.

Fortunately, this is not difficult thanks to the vehicle’s excellent mobility, acceleration and all-terrain capability. The Swingfire can relocate quickly from position to position, fire a missile or two and immediately take cover afterwards. Its playstyle is very unique and it is ideally suited to players who like to use hit and run tactics and guided missiles in the game.

You can play with the Swingfire during the the Early Access phase of Armored Warfare. See you on the battlefield!