Menu
Play now
Introducing the vehicles that will be available in Update 0.8, available now on PTS and coming to the Early Access server in the future.

The T92 is an American light tank prototype intended as an air-transportable light tank for the 50s, designed to replace the aging Walker Bulldog. In many respects it was a revolutionary design – much of it was made of aluminum and it was equipped with a powerful 76mm semi-automatic gun. While thinner, the hull offered this vehicle the same level of protection as the one of its heavier predecessors, thanks to its extensive use of sloped armor. Two prototypes were built and tested at the Aberdeen Proving Grounds but the program was cancelled when it became clear that a requirement for the next American light tank would be to be amphibious, a demand the T92 could not meet. In Armored Warfare, the T92 it will be a tier 2 premium light tank. 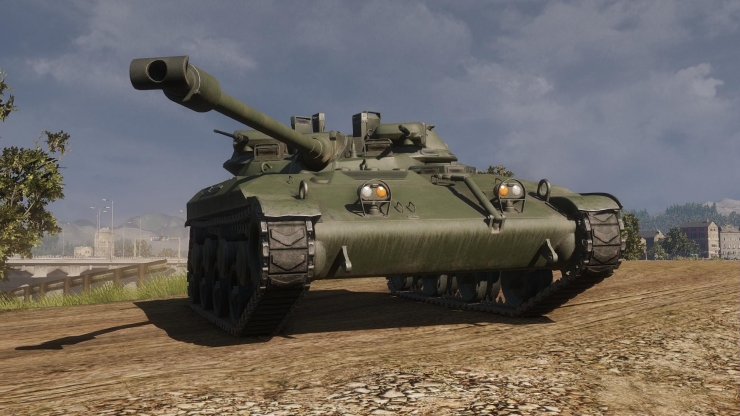 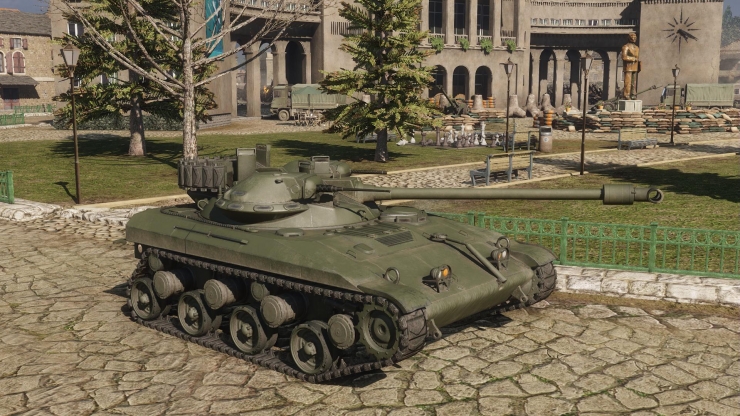 After the failure of the MBT-70 program, the American army ran a new contest for a next-generation main battle tank. Two companies applied with their respective XM1 prototypes – General Motors and Chrysler. Both vehicles were tested and despite some drawbacks, the Chrysler XM1 won and eventually became the mass-produced M1 Abrams, as a gas turbine became a requirement and the General Motors XM1 prototype used a diesel engine. The XM1 was not, however, scrapped, but rather became a part of the Littlefield collection and was later on sold an undisclosed private owner. The GM XM1 featured heavily sloped armor and a 105mm M68 rifled gun. In Armored Warfare, it will fill the tier 6 gap between the M60A3 and the M1 Abrams in Sophie Wölfli's Abrams branch. 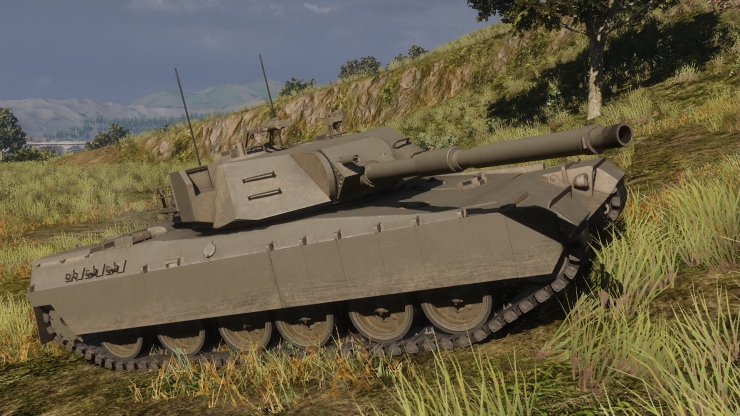 The Leopard 1A5 was a German program from the 80s to upgrade the aging Leopard 1 main battle tank with the fire control system originally used in the Leopard 2. The Leopard 1A5 was also equipped with additional spaced armor compared to previous Leopard versions, resulting in the signature German “boxy” look. The first Leopard 1A5 was delivered to the Bundeswehr on 16.12.1986 and 1225 were converted to this standard in total. This version was exported to multiple countries including Belgium, Greece, Italy, Ecuador and Brazil. In Armored Warfare, the Leopard 1A5 will fill the tier 5 gap between the OF-40 and the Leopard 2AV in Sophie Wölfli's Leopard branch. 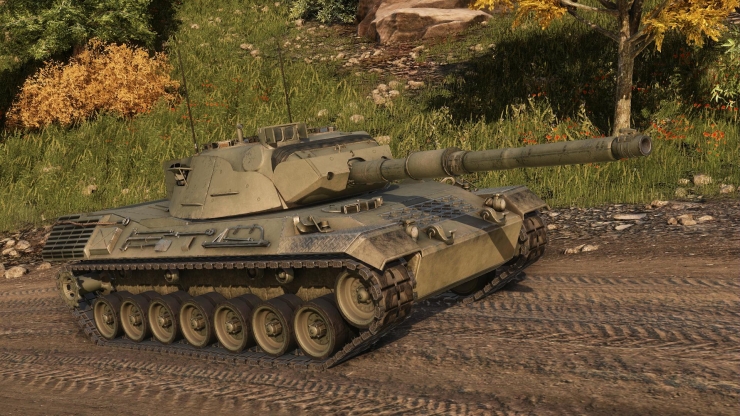 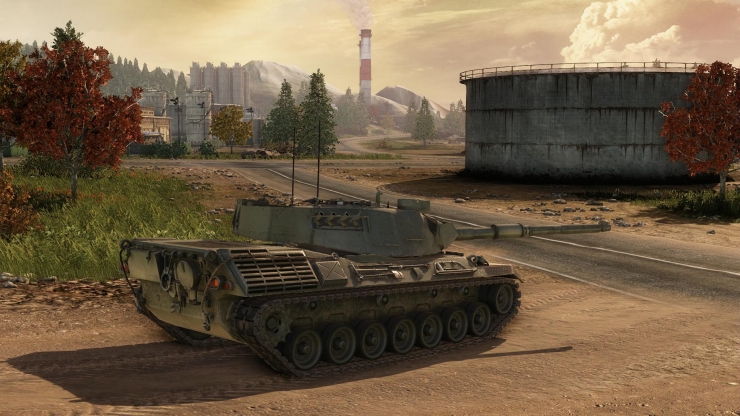 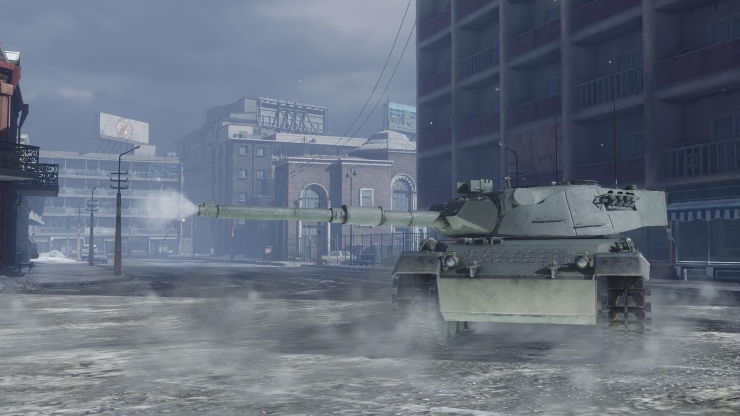 The M41 replaced the wartime M24 Chaffee light tank in American service –production started in 1951 and by 1953 all the Chaffees were replaced. The Walker Bulldog was an interesting vehicle: it featured steel armor, a powerful 76mm gun and decent mobility thanks to its 500hp engine, allowing it to go as fast as 70 km/h. It saw service in the Vietnam War and was widely exported as well. In American service, it was scheduled early on to be replaced by lighter designs such as the T71 and the T92, but due to the requirement set in the second half of the 50s for the next American light tank to be amphibious, the true successor only came years later in the form of the M551 Sheridan. In Armored Warfare, the M41 will be the new tier 2 light tank in Marat Shishkin's light tank branch (followed by the tier 3 Scorpion). 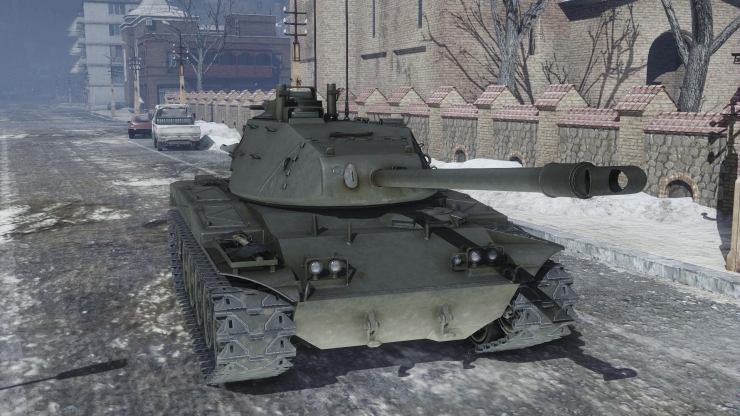 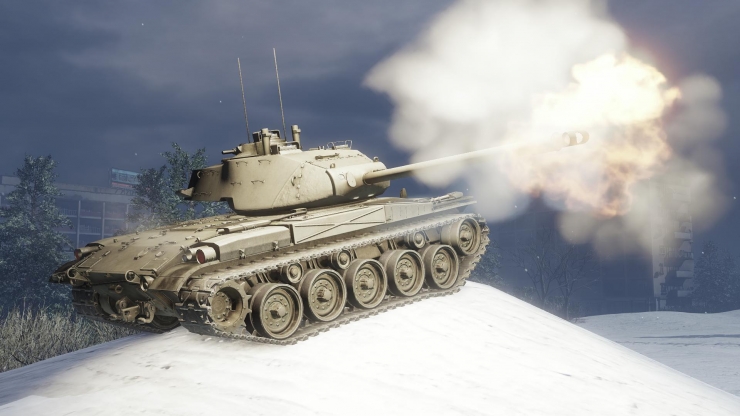 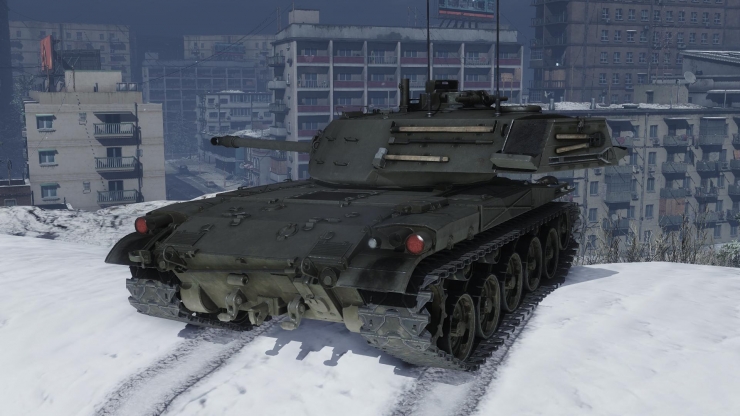 The ERC 90 “Sagaie” was a French wheeled tank destroyer from the 70s, equipped with a powerful 90mm gun and designed to be an affordable alternative to the firepower of actual tanks. While not very successful in France, the vehicle was exported to several countries (mostly to Africa and South America). It is fast, maneuverable and capable of knocking out even main battle tanks with its gun. Several are still in service. The ERC 90 will fill the tier 5 gap between the LAV-300 and the Centauro in Sophie Wölfli's wheeled TD branch. 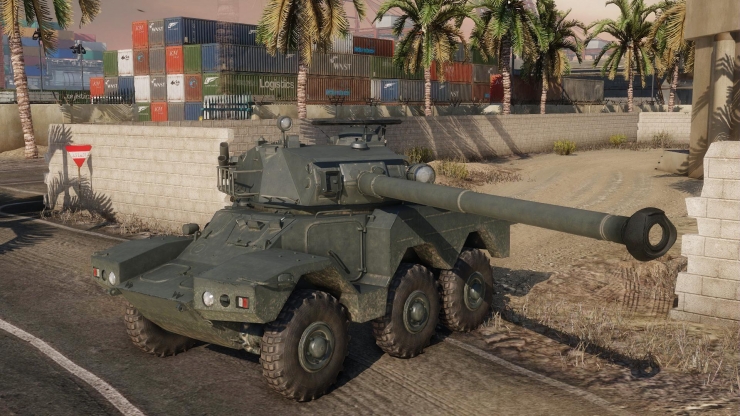 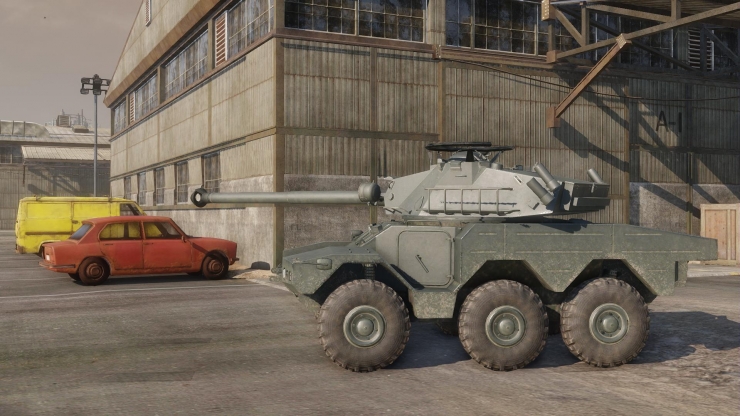 The XM800T prototype was a result of a U.S. Army program in the 70s to introduce a new armored reconnaissance vehicle to the military, replacing the M113 in that role. Two variants of the vehicle were built in 1972 – a rather peculiar wheeled version and this tracked variant. Both had the same turret, armed with a 20mm Hispano Suiza cannon. An alternative development program (for infantry support vehicles) called MICV was running in parallel with the XM800 and was more successful: the XM800 program was cancelled in 1975, while the MICV eventually led to the Bradley. In Armored Warfare, the XM800T will fill the tier 3 gap between the LAV-150 and the Swingfire in Sophie Wölfli's recon branch. 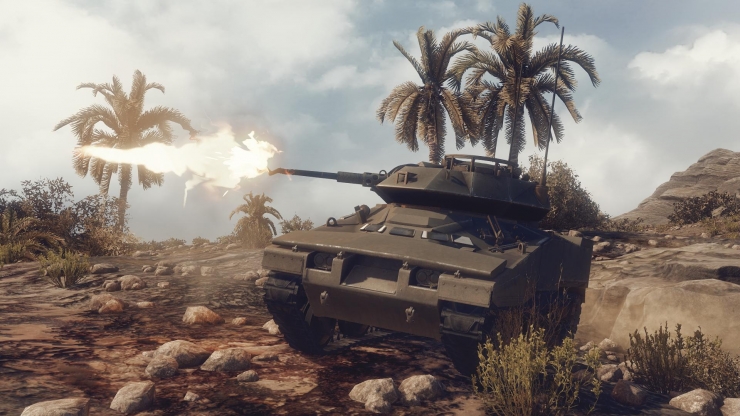 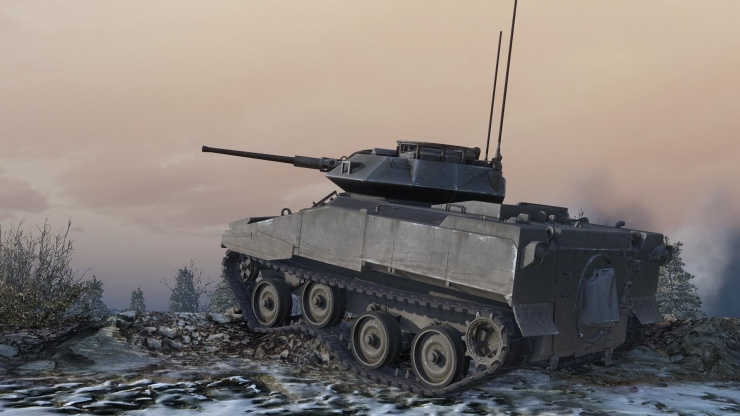 Another American prototype, the XM8, was a project by United Defense to replace the M551 Sheridan (still used by the 82nd Airborne Division) with something equally as fast but more modern and with more punch. The project (called Armored Gun System) was started in 1992 and several 105mm rifled gun-equipped XM 8 prototypes were built by 1996. In 1997 however, the entire project was cancelled due to budget constraints and the fact that the money reserved for it was reassigned elsewhere. The intended role was later filled by the M1128 Stryker, although in 2014 interest in the entire program was revived in order to equip the forces with precise means to destroy enemy fortifications and holdouts without collateral damage. The vehicle can be equipped with several levels of modular armor and a variant with 120mm gun exists as well. In Armored Warfare, XM8 will be the new tier 8 light tank in Marat Shishkin's light tank branch. 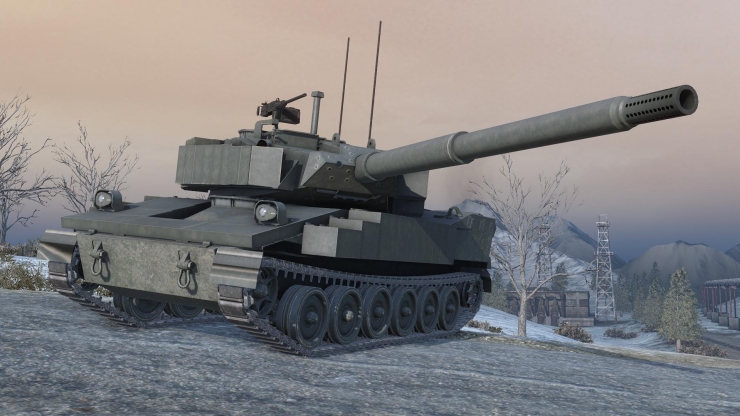 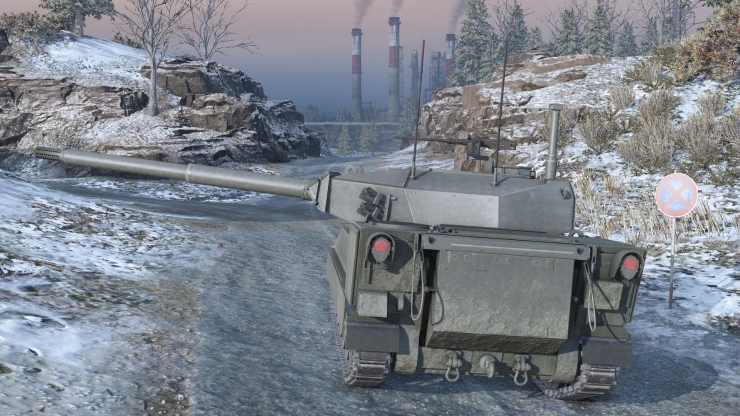 Built between 1979 and 1983, the BMP-1P was an upgraded version of the original BMP-1. While still equipped with the 73mm “Grom” gun, its firepower was enhanced by the addition of the new 9K111 “Fagot” guided missile launcher (NATO code: AT-4 Spigot) as well as by the new 902B “Tucha” smoke grenade launcher system. Another feature was the enhanced anti-napalm protection but overall neither its armor nor mobility was enhanced. In Armored Warfare, the BMP-1P will fill the tier 4 gap between BMP-1 and BMP-2 in Sophie Wölfli's BMP branch 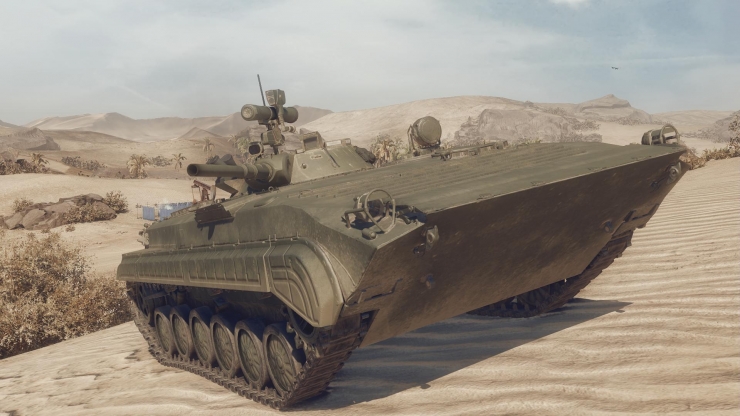 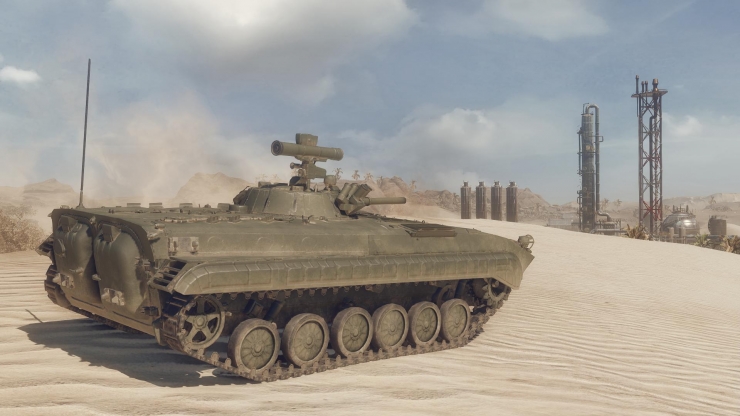 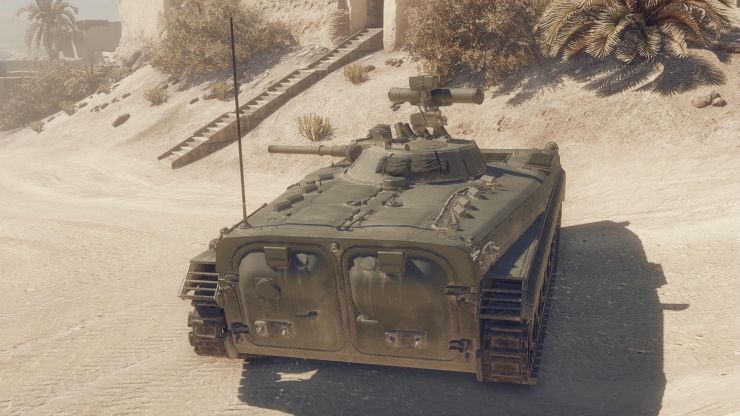 The Arrowpointe Corporation Dragoon 300 AFV is one of the more popular light wheeled AFV’s from the 80s. Generally a private venture, the Dragoon was developed with versatility in mind and multiple versions exist, ranging from light AFV’s equipped with 20mm guns to those with larger 90mm gun turrets. The vehicle resembles a large version of the better known Cadillac Gage Commando and uses a number of components from the M113 APC to make the production and maintenance easier. Initially several vehicles were delivered to the U.S. Army in 1983, and thereafter the Dragoon was exported to several countries, such as Venezuela and Thailand with several hundred allegedly built in total. In Armored Warfare, the Dragoon 300 90 will be the new tier 3 in Sophile Wölfli's wheeled TD branch. 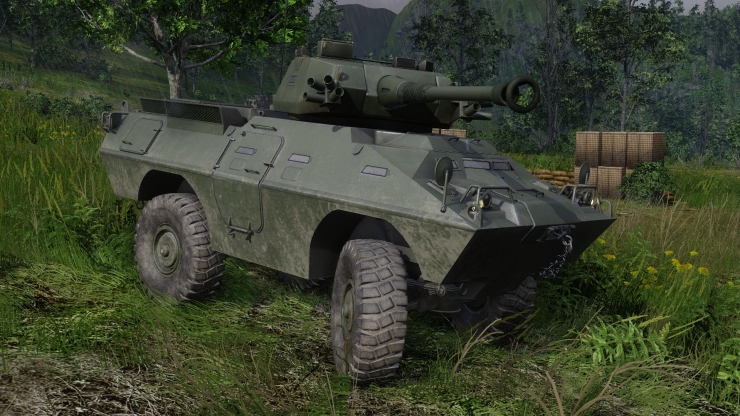 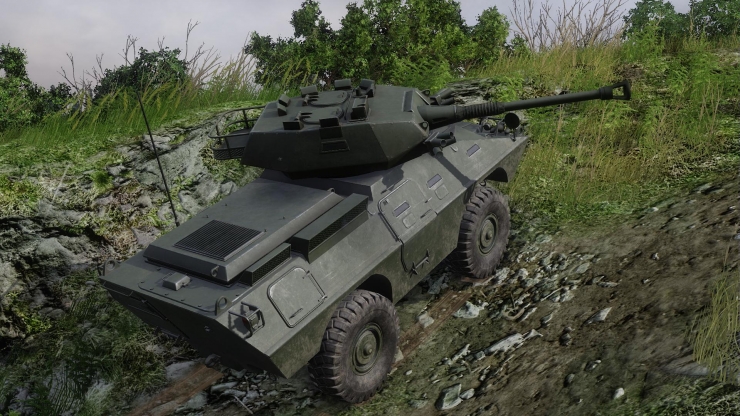 The Taifun tank destroyer prototype is one of the last remnants of the now nearly extinct casemate gun tank destroyer class of vehicles. The vehicle was designed in the late 70s by MOWAG (Switzerland) using a modified Tornado APC chassis. It was supposed to be an interesting defensive vehicle for the Swiss military but the production was not started due to low interest. It has light armor but a powerful 105mm gun. The Taifun II prototype was an upgraded version of the Taifun, equipped with the Rheinmetall 120mm L/44 smoothbore gun. It was never mass-produced. In Armored Warfare, the Taifun II will be a premium vehicle. 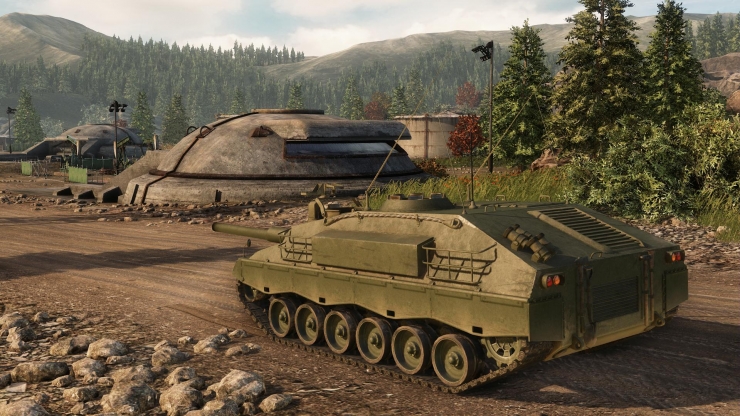 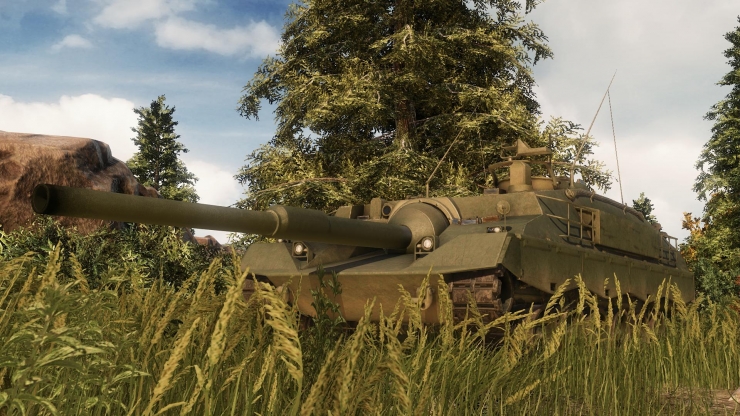 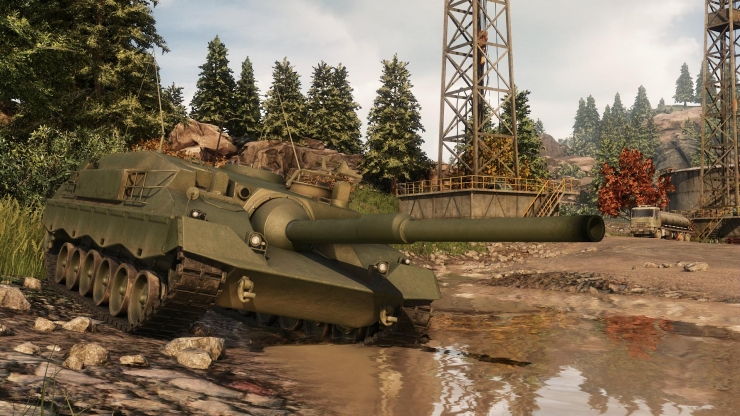 The Rapid Deployment Force/Light Tank was another American attempt from the 80s to create a light, air-portable fire support platform that would be ready to be deployed within minutes after landing. The AAI Company responded with a sleek, low prototype, equipped with a high-power 75mm gun. Its 350hp engine was more than enough to power the 14.8 ton vehicle and made it extremely mobile. Unfortunately the U.S. Army has not shown any interest and the project was cancelled. In Armored Warfare, the RDF/LT will be a premium vehicle. 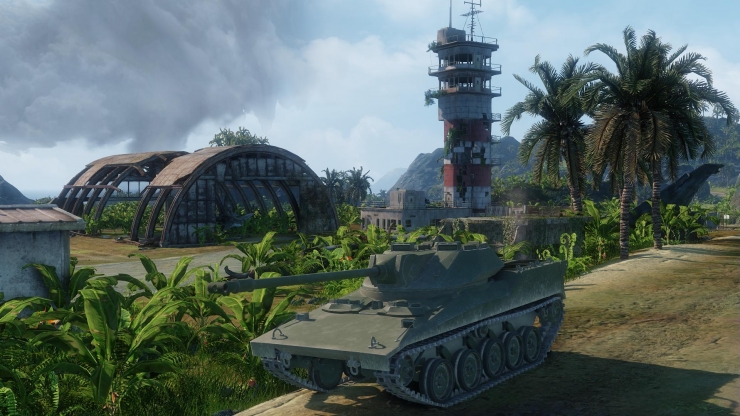 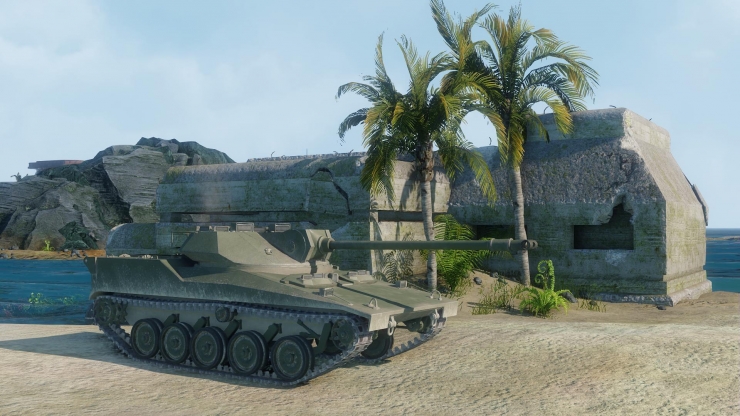 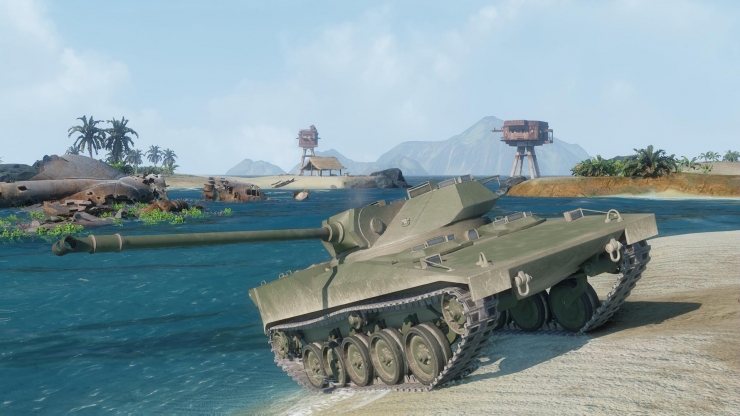