Armored Warfare features a storyline you can participate it by playing the Special Operations mode.

Now it’s time to review the events that took place before the introduction of the Black Sea Incursion story arc mission!

The world of 2042 is a broken one with corporations usurping much of the world’s resources and former superpowers like the United States of America are but a shadow of their former glory. This is a result of decades of deterioration, greed and unbridled exploitation of the most powerful consortiums, some of which are wealthier than entire continents combined. These corporations control private mercenary armies, equipped with all kinds of weaponry short of nuclear. Entire divisions of armored vehicles are at their disposal, ready to do their master’s bidding – not out of patriotism or loyalty, but for Credits – the universal currency of the new world. To read about the world of Armored Warfare, please visit our dedicated article.

In the late 2030s, a series of conflicts that would eventually become known as the Corporate Wars devastated large portions of Europe and the United States. Several major corporations including the British Clayburn Industries and the German Lodestar GmbH engaged in conflicts that left massive territories in corporate hands. Mercenaries, private security forces and rebel militias fought each other all over central Europe and the Balkans. The years of strife culminated in the 2039 Seahawk Rebellion when an entire battalion-sized unit of Clayburn Industries rose up against orders to commit genocide.

Unbeknownst to them, the uprising was in fact a clever ruse prepared by the mastermind behind the Clayburn Industries Corporation, Andrew Clayburn, to gain more influence across the world. Employing the services of a Corporate Wars veteran Sebastian Grimm known for his campaign against Clayburn’s rival, Lodestar GmbH, Clayburn’s plan worked almost flawlessly, resulting in thousands of dead enemies and a massive territory and wealth influx for the company, including a portion of the former American south. The handful of surviving Seahawks retreated to Istanbul, reduced to a life in shadows.

Now, two years later, you, commander, are amongst the mercenaries tasked with protecting the Clayburn Industries facility in the Mojave Desert against unknown assailants...

Your mercenary unit was hired by the ISD (an international security organization overseeing the legal mercenary groups) to investigate a Clayburn Industries facility deep in the Mojave Desert, which suddenly felt silent. You find the facility abandoned, save for a mysterious group of assailants, led by a man who introduces himself as Magnus Holter. While investigating the area, it becomes clear that the mysterious enemies are trying to loot it for chemical weapons. Despite your best efforts, Magnus Holter escapes with enough chlorine to wipe out an entire city. 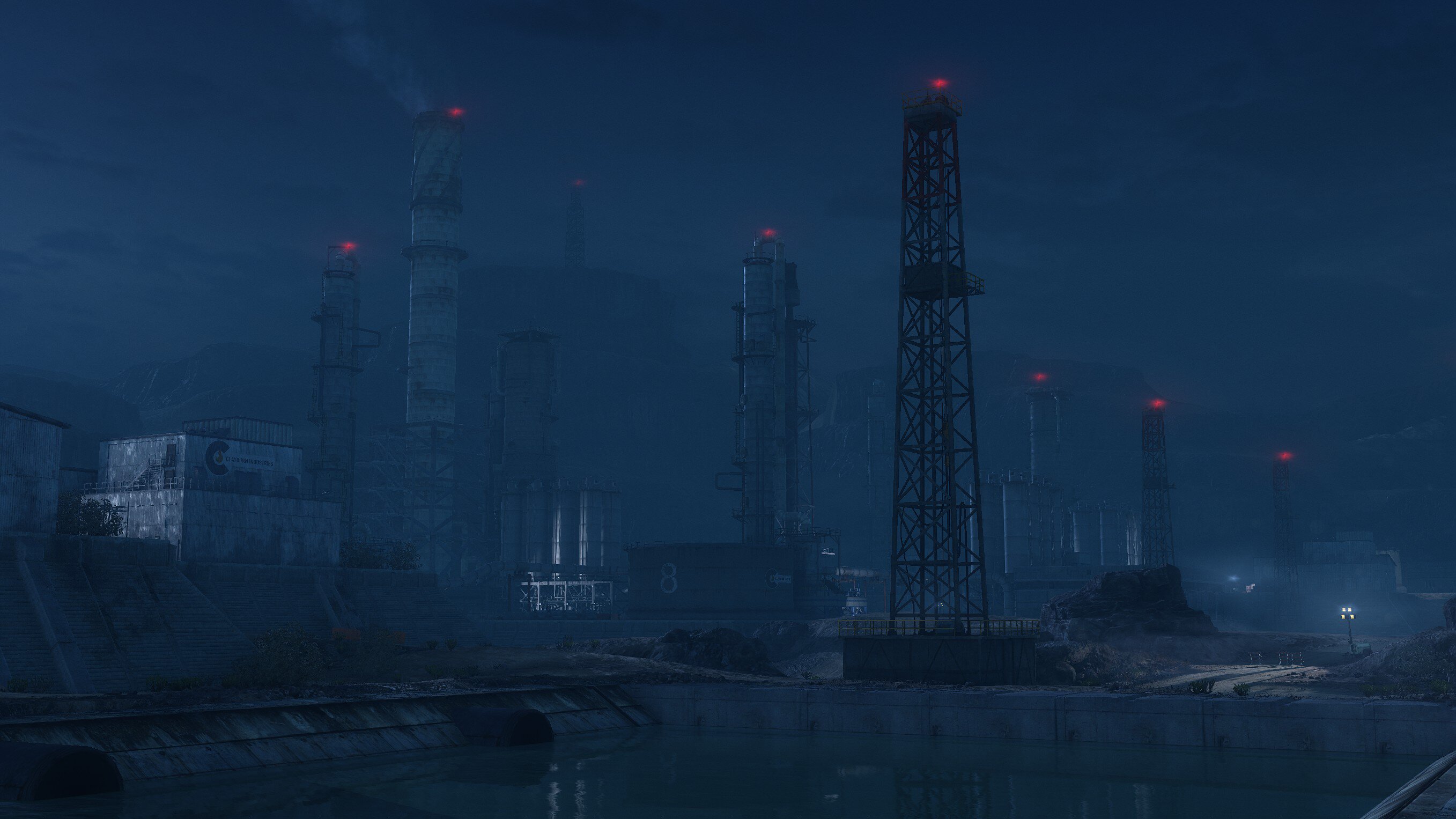 The mysterious mercenaries from Mojave escaped with the chemical payload, but you are hot on their trail. Summoning an ISD-provided transport ship equipped with a Zubr landing craft, you pursue the assailants to the Panama Canal only to find the sluices blocked and protected by the same forces that previously attacked the Clayburn Industries plant. You defend the Zubr while opening one sluice after another in order to allow it to pass through while looking for clues. You find out that the mercenary ship you are pursuing made its way through the canal without any trouble on its way to Jamaica, only to be ambushed by Clayburn Industries security! Could the mercenaries be actually working with Clayburn? 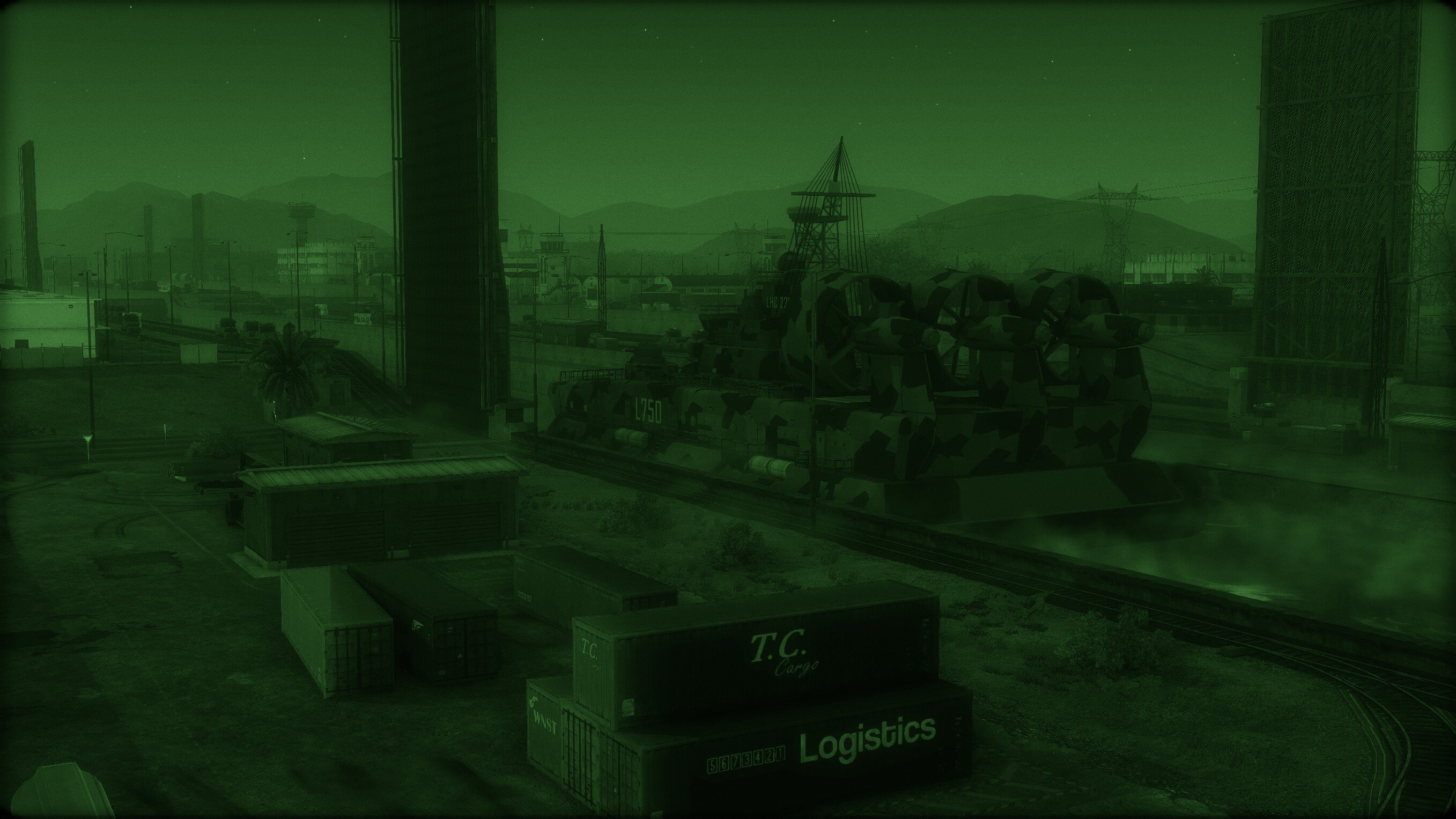 Chapter 3 – Threat from the Sea

Arriving at Port Antonio, you find out that the area is occupied by two unmarked enemy warships. The Zubr landing craft drops you off at the far side of the town but you soon find that the beautiful, tropical beaches of Jamaica are far deadlier than anyone would have thought. The town is occupied by mercenaries who not only have considerable forces stationed in the area, but also operate sophisticated equipment never previously seen on any battlefield, such as anti-aircraft lasers. The Zubr craft is taken out, leaving you only one way – forward. It turns out that the plan of the enemy commander, Magnus Holter, is, for reasons unknown, to destroy the town using a warhead made using the chemicals from the looted Clayburn facility. 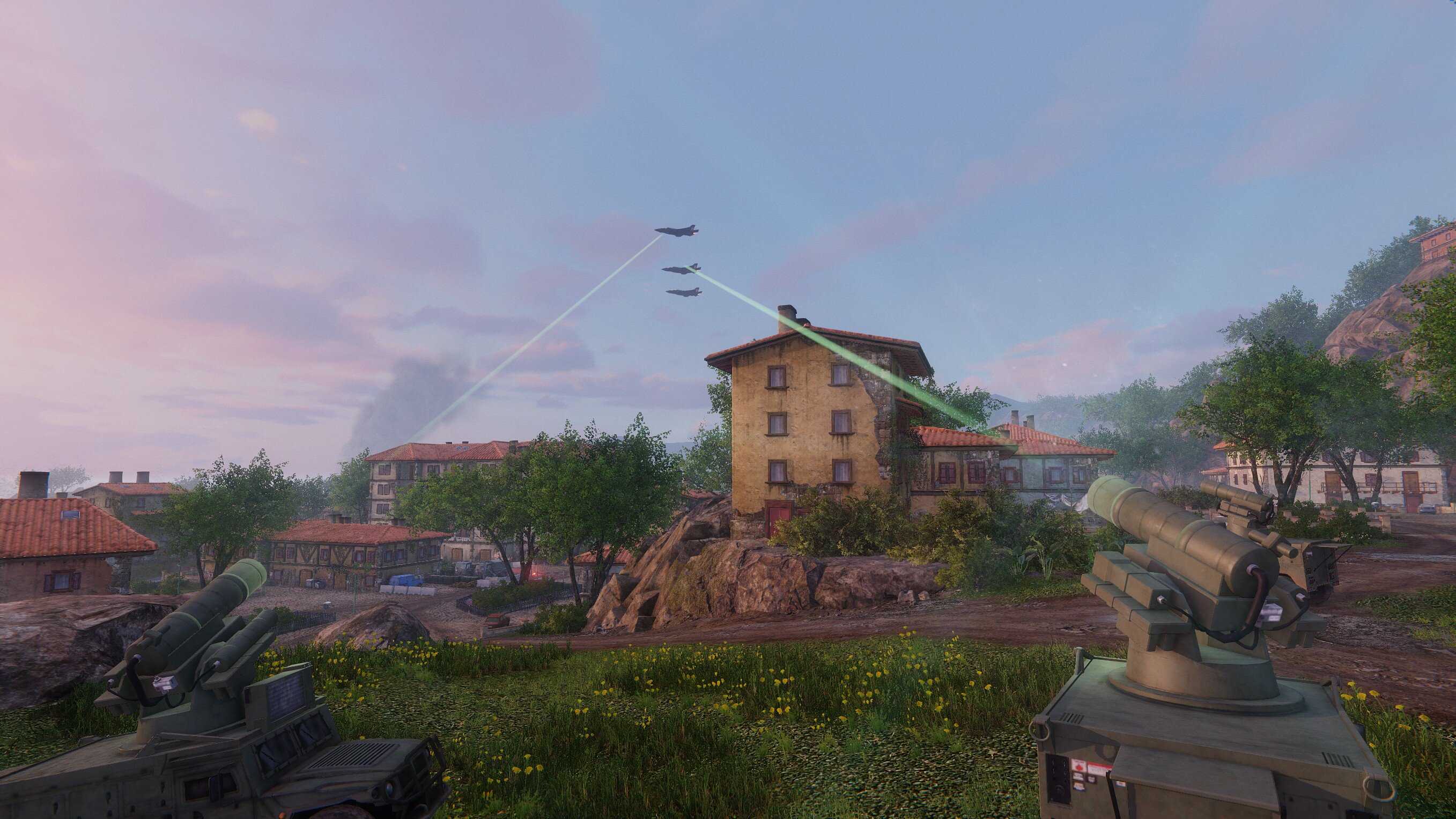 You take the city after a tough fight and now it is the enemy commander who is left with no choice but to evacuate to a nearby island where the last of the mercenary forces are seemingly entrenched. In the midst of a heated battle to take the AA positions on the island, you see three Clayburn Industries fighter jets arrive and take out the enemy warships, followed by a forced landing of a Clayburn Industries kill team. It’s clear you’re in for the fight of your lives.

By a strange twist of fate, you find yourselves on the side of your former enemies with a Clayburn Industries kill team having arrived to wipe you all out in an attempt to leave no witnesses alive. It’s now clear that there is some deeper connection between the enemy commander and Clayburn Industries – something the corporation definitely doesn’t want you to find out. 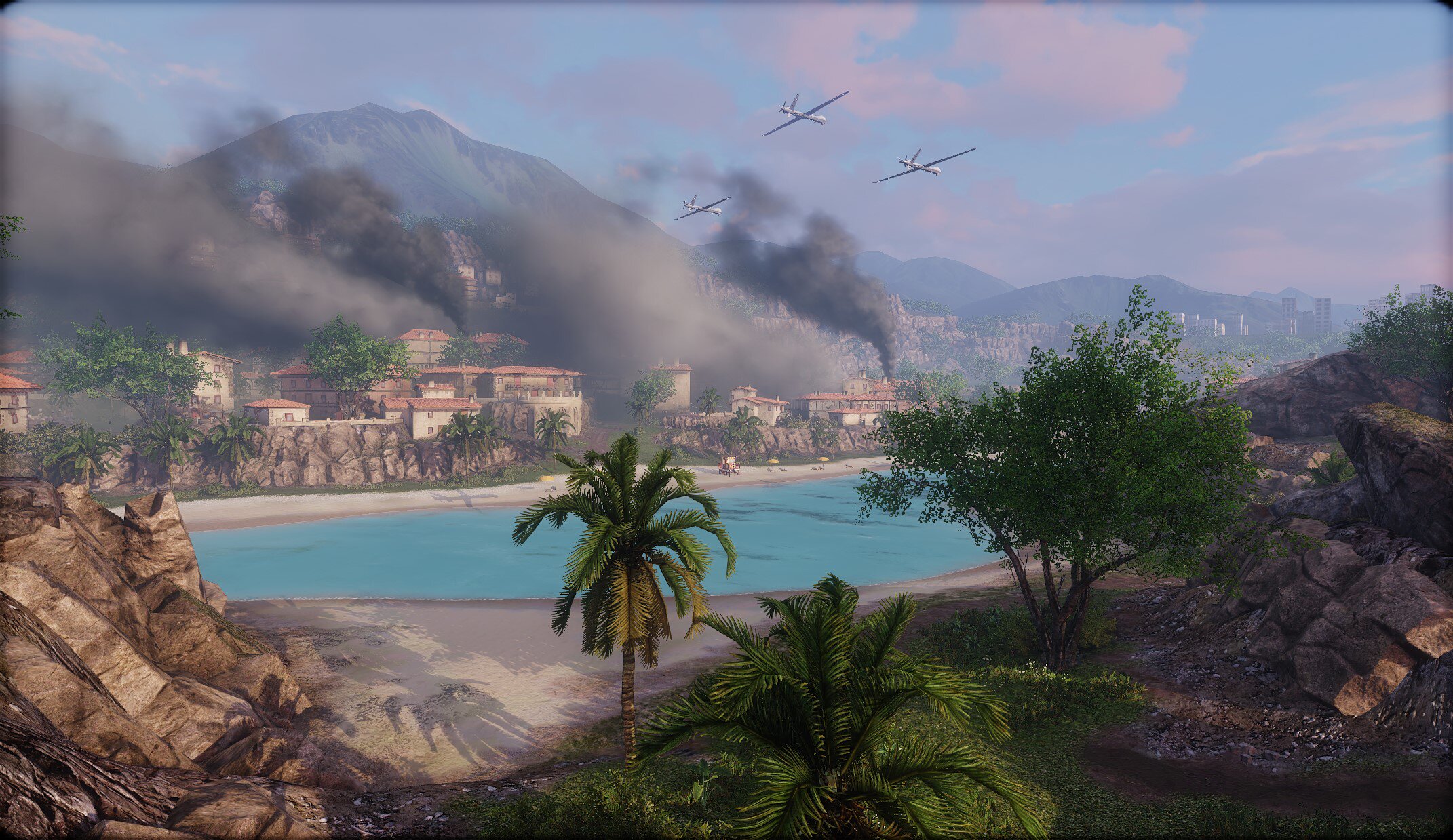 The Clayburn forces quickly overrun and rout Magnus Holter’s forces, leaving only pockets of stragglers. Desperate to get out of there alive, you gather whatever’s left of your former enemies, saving one of his top lieutenants, Andrey Zaytsev, in the process. Pushing towards the Clayburn Industries landing, you take out an entire armored company sent against you and commandeer one of the massive Zubr hovercrafts they arrived in. Desperate to stop you at all costs, the entire Clayburn force descends at you as you realize you’ve just become an enemy of one of the most powerful corporations in the world. Following the battle, Magnus Holter welcomes you to his side and starts to explain his past in Clayburn Industries...

To be continued in Black Sea Incursion, soon available in Armored Warfare!