December is coming soon and with it, another easy to complete event we’ve prepared for you, this time called Whispers of Frost. If you’re familiar with other such events such as the earlier Riders on the Storm one, you’ll feel right at home. However, we’ve made one upgrade to the whole thing – there will be daily rewards instead of stages, so you’ll get to earn more stuff! 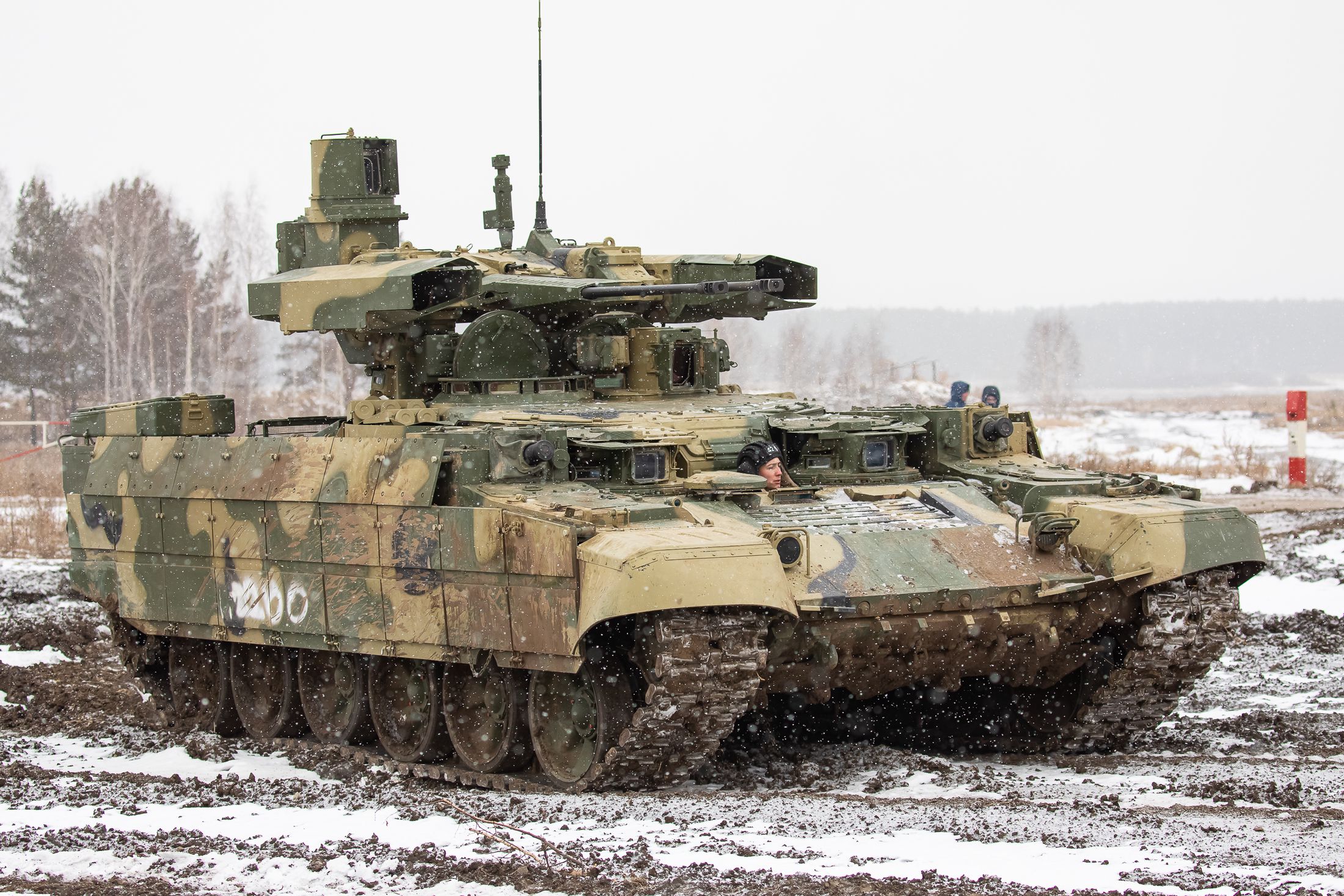 As is customary in December, the event will be winter-themed with its main prizes being modeled after real-life Russian vehicles, camouflages and units. The first prize we’d like to tell you about will be the main one – a special skin for the BMPT Mod.2017 called RSP, or Russian Service Pattern. First, let us give you a little background, which should hopefully explain why we chose the BMPT Mod.2017 as the skin platform. As you probably know already it was Russia where the “tank escort” vehicle class was born (following the Afghanistan experience) and we discussed it at length in our dedicated article. 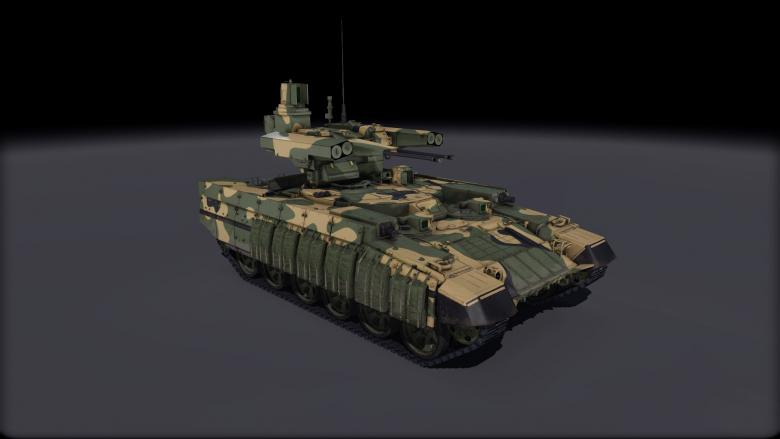 The first of the modern Terminators appeared in public in 2000 (that’s the model we have in the game under the name BMPT Mod.2000), but the single cannon configuration stayed around very shortly and in 2003 or so, it was replaced by the iconic twin-cannon and twin-launcher one that we know and love from another in-game vehicle, Ramka-99. This type underwent military trials in 2005 but despite its cool name and iconic appearance, the Russian military didn’t really want it in service. The reasons for that were both financial and tactical – there was no real doctrine developed for this kind of vehicle. 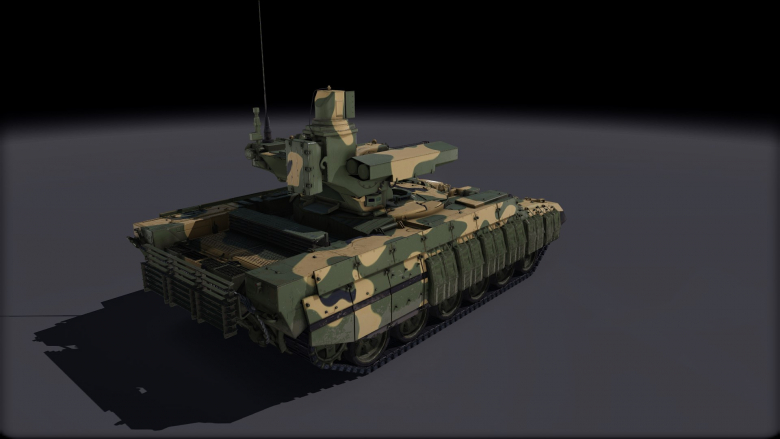 Fast forward a decade, Uralvagonzavod didn’t give up on the concept. First came the BMPT-72 Terminator-2 on the T-72 chassis, but it didn’t find any customers despite the attractive concept. A better promotion was required, resulting in the return to the T-90A chassis combined with a modernized turret (based on the BMPT-72 one). This new Terminator pattern had no official name, but was generally referred to as “Syrian pattern” because, as a part of a major photo op, it was deployed in Syria during the Russian intervention in 2017. Despite some reports, it did not actually participate in any combat. The easily recognizable part here was the “soft” bag ERA that would later be adapted for the T-72B3 MBT. We have this BMPT variant in the game as BMPT Mod.2017. 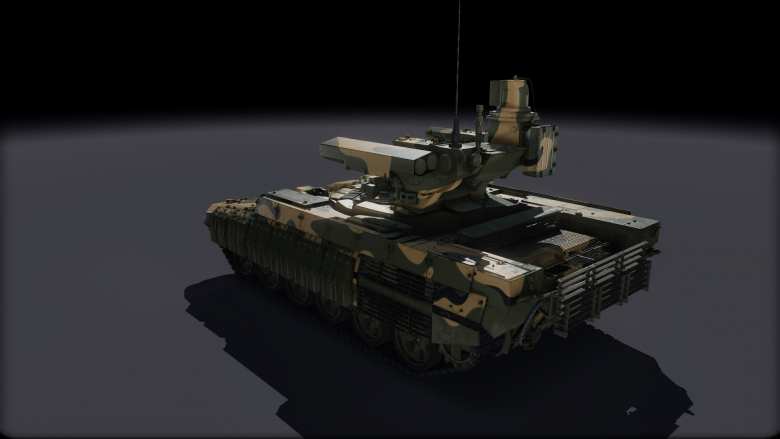 And this is where we’re finally getting to our skin.

It is a fact that many advanced Russian weapons are developed with export in mind in one form or another. It’s not that Russia wants to sell everything abroad – the fire sale years are long gone – but for a lot of equipment (excluding truly strategic stuff), there’s an export version available and in a number of cases, Russia hopes that foreign customers help to foot the development bill (a typical example would be the SU-57). How wise is this strategy is a matter of debate (when China buys exactly two pieces of your modern fighter jets, the reasons for that are pretty obvious), but such is the way of things.

But for the ultimate power move in export is to actually use what you are trying to export. After all, why would anyone buy something from Russia the Russian military is reluctant to use?

And this is exactly how the Russian Service Pattern Terminator came to be. In 2017, a contract was signed between the Russian Federation and UVZ to deliver an undisclosed amount of BMPTs (likely 10-12), which officially entered service in the April of 2018 with the 90th Guards Vitebsk-Novgorod Tank Division and have been used by it ever since, having also participated in the large Zapad 2021 exercise. From the tactical or strategic point of view, its introduction serves no practical purpose, but it is an excellent promotion for any potential customers. 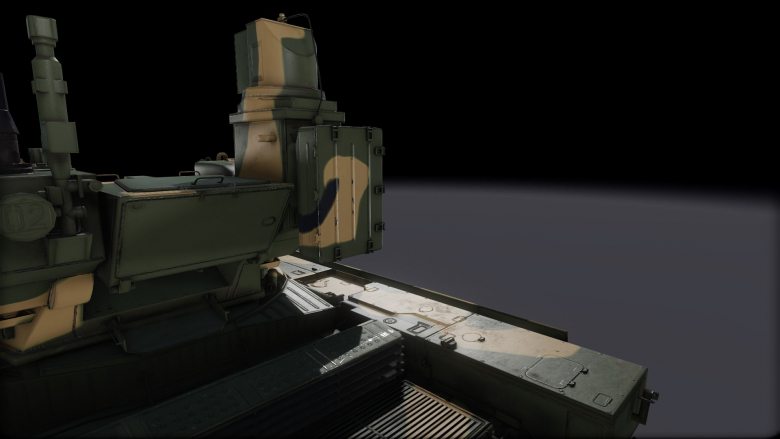 There are some relatively small differences between the 2017 pattern and the 2018 pattern, which include:

Otherwise, both vehicles are based on a T-90 series hull and have a crew of five. 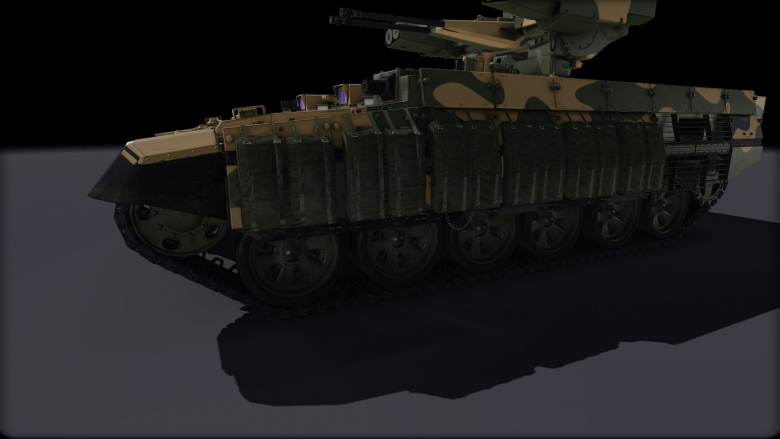 So far, the only country to have adopted the BMPT (besides Kazakhstan, which uses an older model) is at least formally Algeria, but whether the trade really happened is a question. 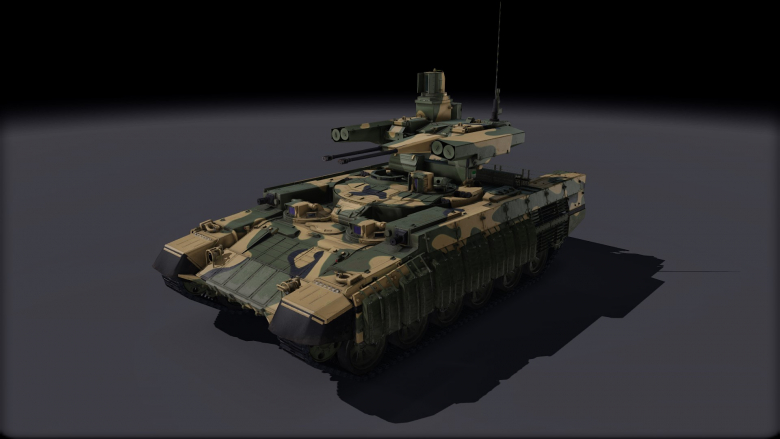 The official designation is a matter of debate as nobody is truly sure how these vehicles are officially referred to in the Russian army. They are generally simply called BMPT, but even some official sources claim otherwise – the September 2021 issue of Armeysky Sbornik (an official Russian Ministry of Defense magazine) called it “Terminator-2”. This is why we decided to go with the Russian Service Pattern name.

We hope that you’ll enjoy the skin and, as always: