By now, you are already more than familiar with the Russian BMPT Terminator series of armored vehicles that have become the staple of Armored Warfare. They are generally characterized by:

The crew is, of course, protected by the hull’s MBT-class armor and the entire thing is designed to accompany tanks and protect them against infantry. If you are interested in the details of this entire series of vehicles and their history, we recommend reading up in the Ramka-99 article and the BMPT-72 article that are available on the Armored Warfare portal.

As can be inferred from what was written above, there are several BMPT Terminators in the game:

Players often count the T-15 Tier 10 TD as a “Terminator” due to its similar playstyle, but it does not technically belong to the vehicle family. With that being said, there are several problems with this situation.

As you can see, the first two listed vehicles are basically extremely similar and neither of them is performing especially well with the Premium Terminator is the bigger underdog due to its reduced armor and other characteristics. To kill these two birds with one stone and to provide more unique gameplay to the players who own it, we’ve decide to replace the Premium Tier 8 version with a different model – the BMPT Mod.2000. 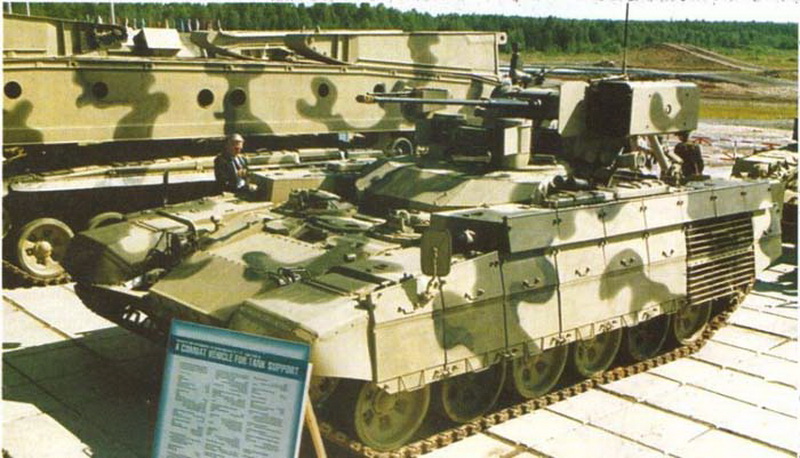 This was one of the earliest publically presented Terminators that was unveiled in 2000. The modified T-90 hull was mostly the same like on the other versions (similar to the Tier 8 progression variant), but the turret featured only a single 30mm autocannon and a single, four-barreled ATGM launcher for older Kornet-E missiles installed on its. The launcher was fixed and therefore does not elevate or depress – only the gun did.

This model was effectively just a footnote in BMPT’s history – it failed to gain any attention and was replaced by the twin-gun configuration only two years later, in 2002. However, for us, it presents an interesting opportunity to introduce more diversity to the Terminator gameplay. 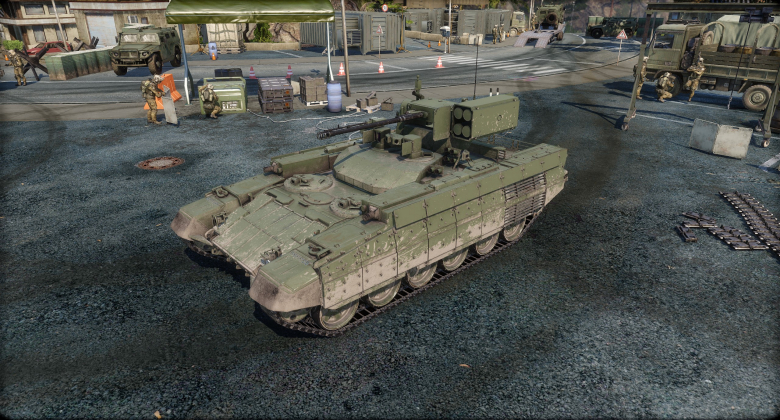 As its armament suggests, this BMPT model will focus on ATGMs rather than autocannons. It will lose one autocannon but gain the ability to fire four Kornet-E missiles in relatively fast succession (roughly 4 seconds between shots). These missiles will boast 1000mm penetration and 760 damage, which is quite a lot for Tier 8. Other than that, its characteristics will become similar to the Tier 8 progression BMPT.

Now, as for the way you’ll be able to get your hands on one of those – for one, it’ll become available for sale at some point, but the players who already own the Tier 8 Premium BMPT will see their older vehicle automatically replaced by this one, free of charge. It’ll be quite an upgrade thanks to its powerful ATGMs and other tweaks bringing it on par with the progression version. Everything else (your crews or Experience accumulated) will remain the same. 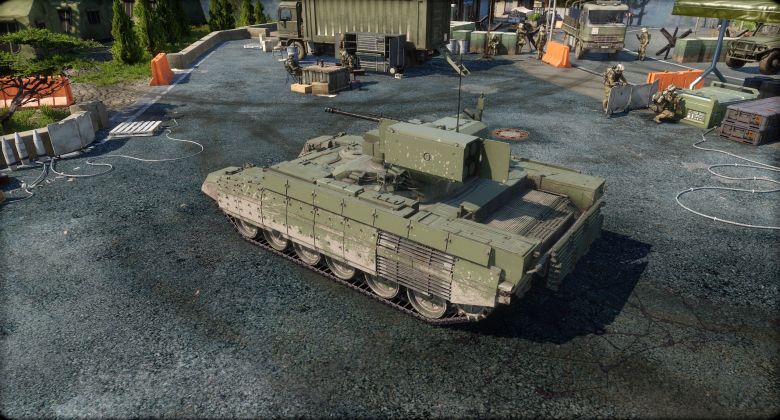 One last thing – if you’re worried about the performance of this vehicle in the hands of AI opponents (specifically, its powerful missiles), don’t be. The bots will not see this TD added to their vehicle pool.

Learn more about the Mechanized Infantry changes and improvements that are planned for Update 0.32