Every November, we are celebrating Polish Independence Day with new content, including skins – and today, we’d like to unveil the first of the two we are working on – the K2PL skin for the Korean K2 Tier 10 Main Battle Tank. 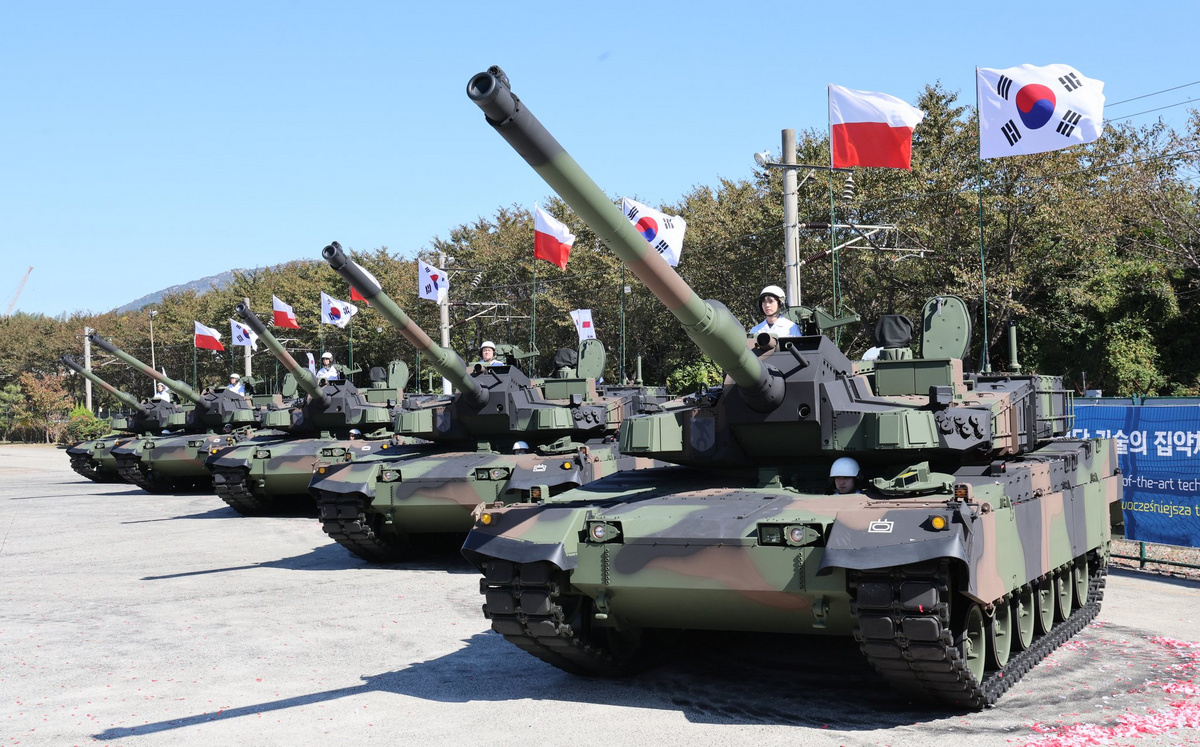 But what is a Korean MBT doing in Poland, you might ask? The answer to this question is several years old and not as simple as you think – in fact, it doesn’t have all that much to do with the current conflict in Ukraine, although that obviously did accelerate things moving forward.

In reality it’s mostly about the availability of tanks. Poland has long been looking to replace their old T-72 series tanks and their evolution variants (including the PT-91 Twardy MBT which, at its core, is still a T-72). There have been a lot of blind ends to that process – the Wilk program resulted in T-72 upgrades only, the Anders platform went nowhere and the plan to replace MBTs with super-modern fire support vehicles ended with the joke that was the PL-01.

And the years passed. Eventually, aside from some light upgrades to their older T-72s in the form of T-72M1R variant, the Polish would make a deal with the Germans to re-arm their tank units with Leopards. Some older Leopard 2A4s were delivered but the mainstay was to be an upgraded new variant (somewhat similar to Leopard Evolution) called Leopard 2PL. 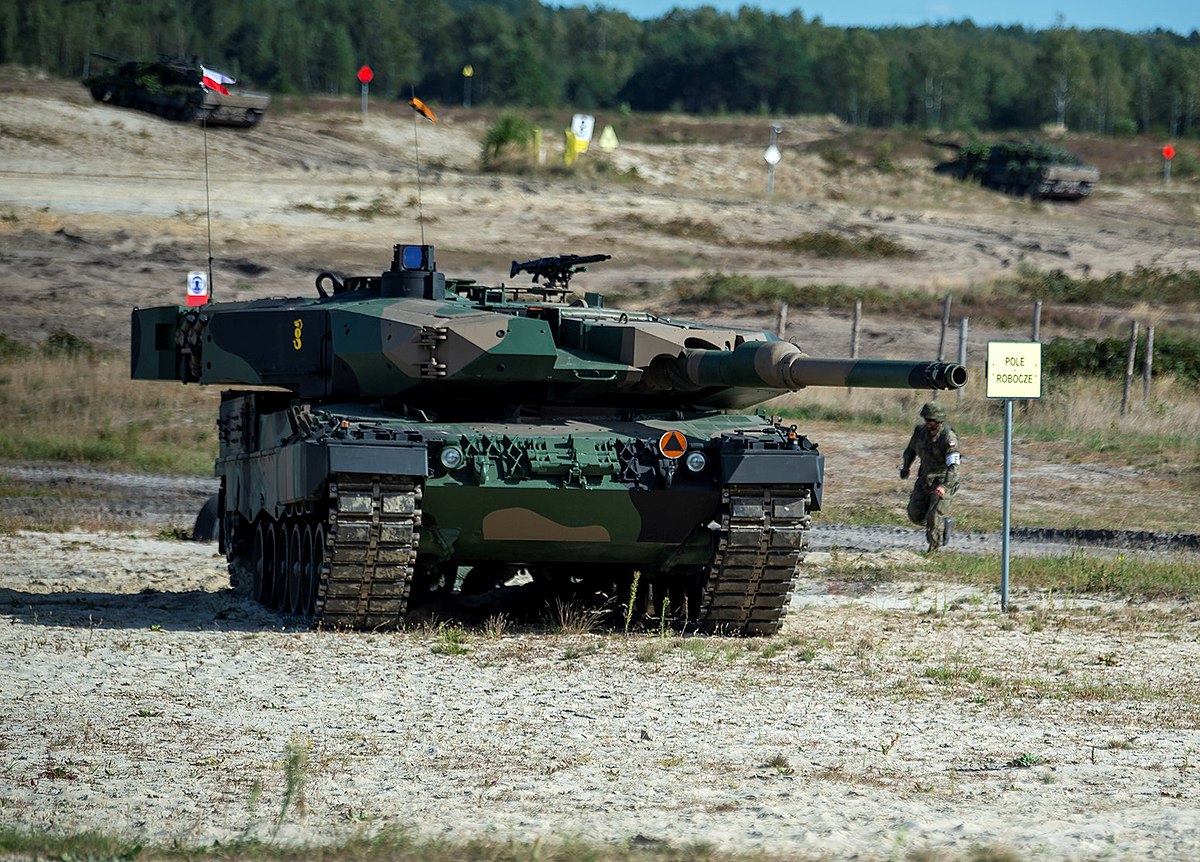 Long story short, things didn’t go according to the plan and there were both deadline and quality concerns with the upgrades, which meant that the Polish were left hanging. The worsening political situation in the east forced them to seek alternative solutions apart from attempting to participate in the future European MBT (MGCS) project (which is even now at least a decade away).

There were two obvious solutions to the question – buying American or buying Asian. Each of them has their own benefits – the Abrams is readily available and comes with American investments in Poland (both literal and political), but also with a lot of strings attached and a huge price tag. Asian vehicles don’t come with such limitations but the choice is limited to Korea (Japan isn’t really offering its vehicles for export) and Korea is far, far away from Europe. Then again, Korean companies such as Doosan are very active in the Old World and fully capable of using local industrial resources.

With the situation in Europe worsening and the need for tanks becoming more and more urgent, the Polish said to themselves: “Why not both?”

The first mentions of Polish K2s appeared in 2018 where, during the MSPO expo, Hyundai Rotem expressed its interests to sell the MBTs to Poland. By then, it wasn’t met with much interest as the Korean machine was deemed too exotic for the Polish (aside from other concerns such as its size), but the seed was planted and boy would it grow. 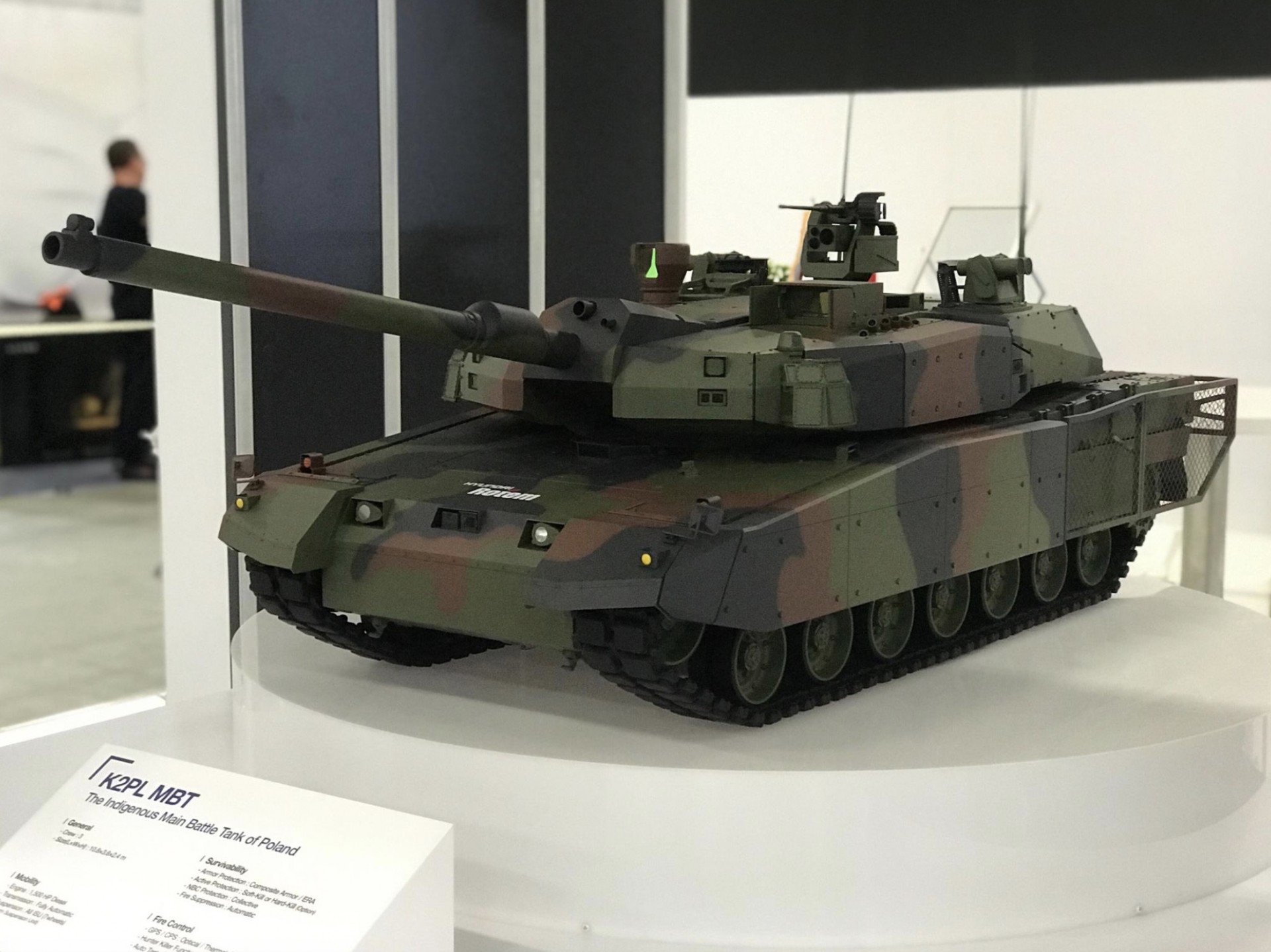 Almost exactly two years later, in 2020 (again during the MSPO expo), a model of another K2 variant for Poland appeared. This was the first serious mention of the K2PL project since the tank model was significantly overhauled. It was submitted as a part of the Wilk (“Wolf”) program to replace the now completely obsolete T-72M1s. There were some significant changes to the “K2PL” model compared to a standard K2:

This model caught the attention of the internet community but the Polish military? Not so much – that only truly changed with the Ukraine conflict, during which the Polish T-72 tanks were dispatched to Ukraine as military aid. This left the Polish in a really precarious position – with their reserves sent abroad, the matter of re-arming became urgent. 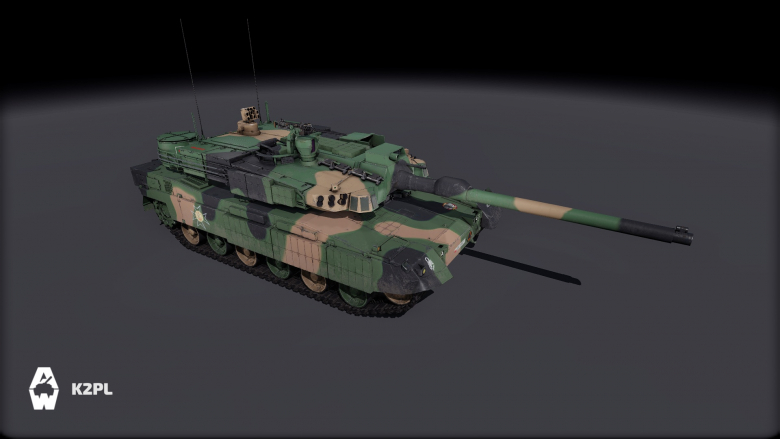 And so, in April 2022, the Polish government signed a multi-billion contract with the USA for the delivery of (amongst other things) 250 M1A2 SEPv3 Abrams tanks with the first 28 delivered this year and the rest gradually until 2026. Two months later, Poland also announced the interest to buy the K2 (in its original form) and the contract for 180 of these tanks (to be delivered until 2025) was signed in July 2022. These acquisitions (along with hundreds of other artillery and rocket launcher pieces) will turn the Polish military from the formidable force that it is today to possibly the strongest military in Europe. 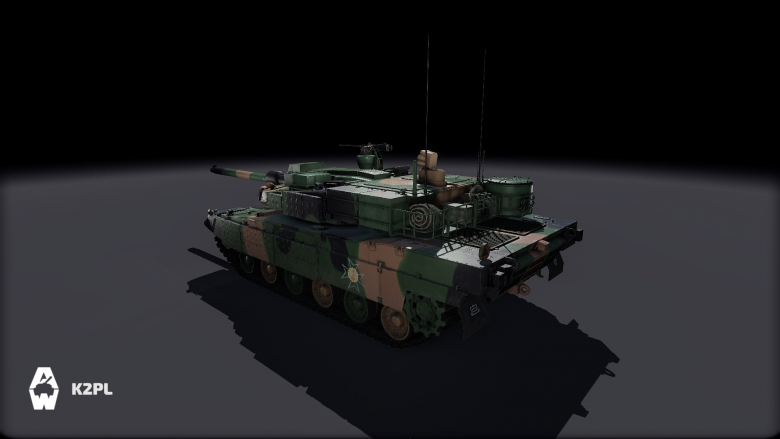 Our skin is based on the actual K2 MBT model with 6 roadwheels that will be delivered to Poland. It comes with a Polish modern camouflage paintjob (a version of the NATO pattern) along with some typical Polish elements such as the reflective triangle used for driving in columns. 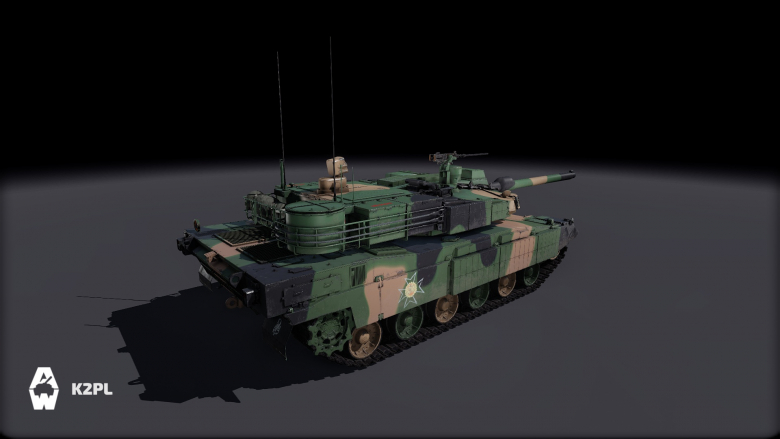 The vehicle bears the insignia and tactical designations of the 9th Mechanized Brigade (9 Braniewska Brygada Kawalerii Pancernej im. Króla Stefana Batorego). This unit was formed in 1994, is stationed in Czarne and bears the honor name “Braniewska” after its garrison town Braniewo. It includes two tank battalions with PT-91 MBTs although earlier, it was armed with T-72M1s. The symbol of a cross with a dragon comes from one such T-72M1 belonging to the unit along with the Scorpion symbol of the 2nd Tank Battalion. 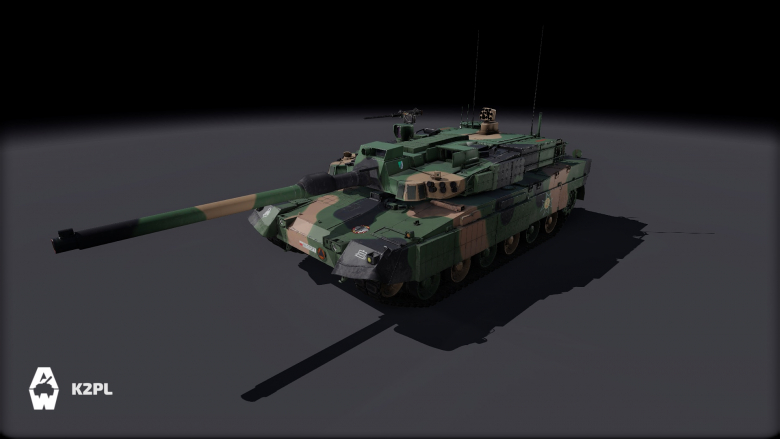 And that’s about it. We’ll be introducing another cool Polish skin along with a camouflage and decals, but that is a story for another time. Until then:

Learn more about the upcoming historical skin for the Leopard 2 MBT that will be available soon in Armored Warfare!